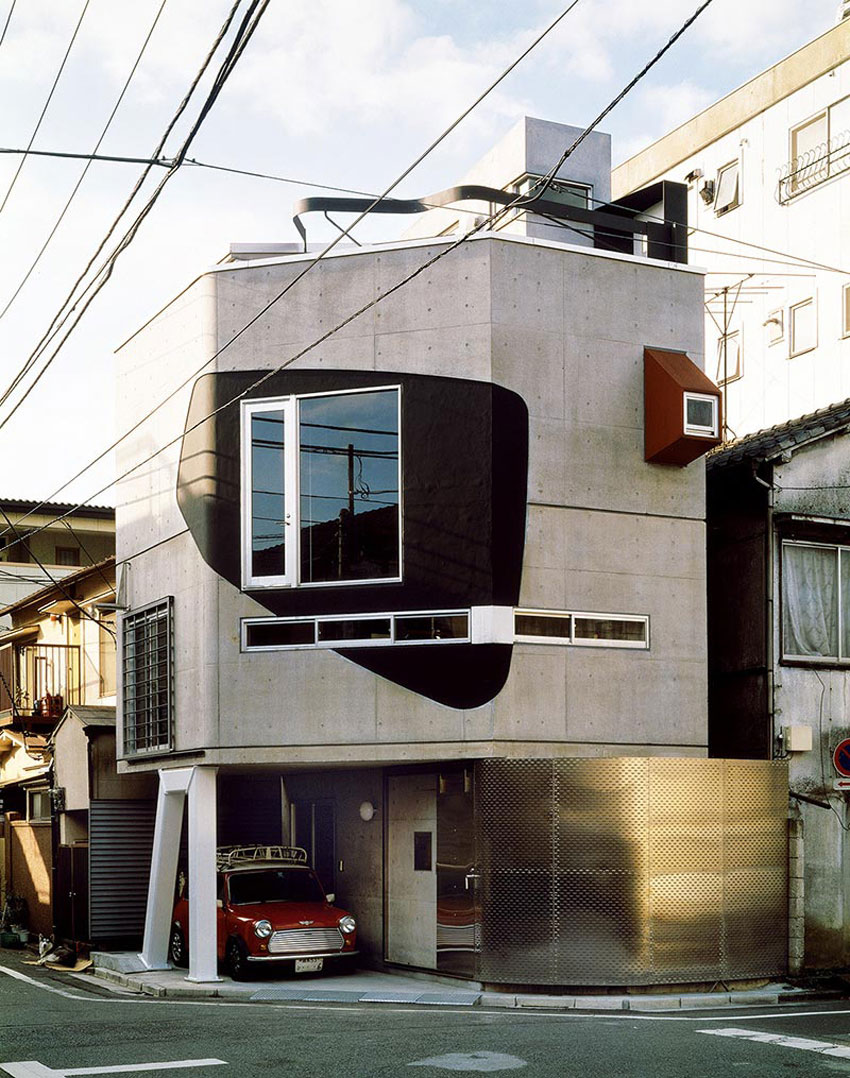 The house the Australian architecture duo Bolles + Wilson designed and built between 1990 and 1993 for Mr. Suzuki in Tokyo is a playful unicum, yet a perfectly contextualized fragment in the Japanese city. 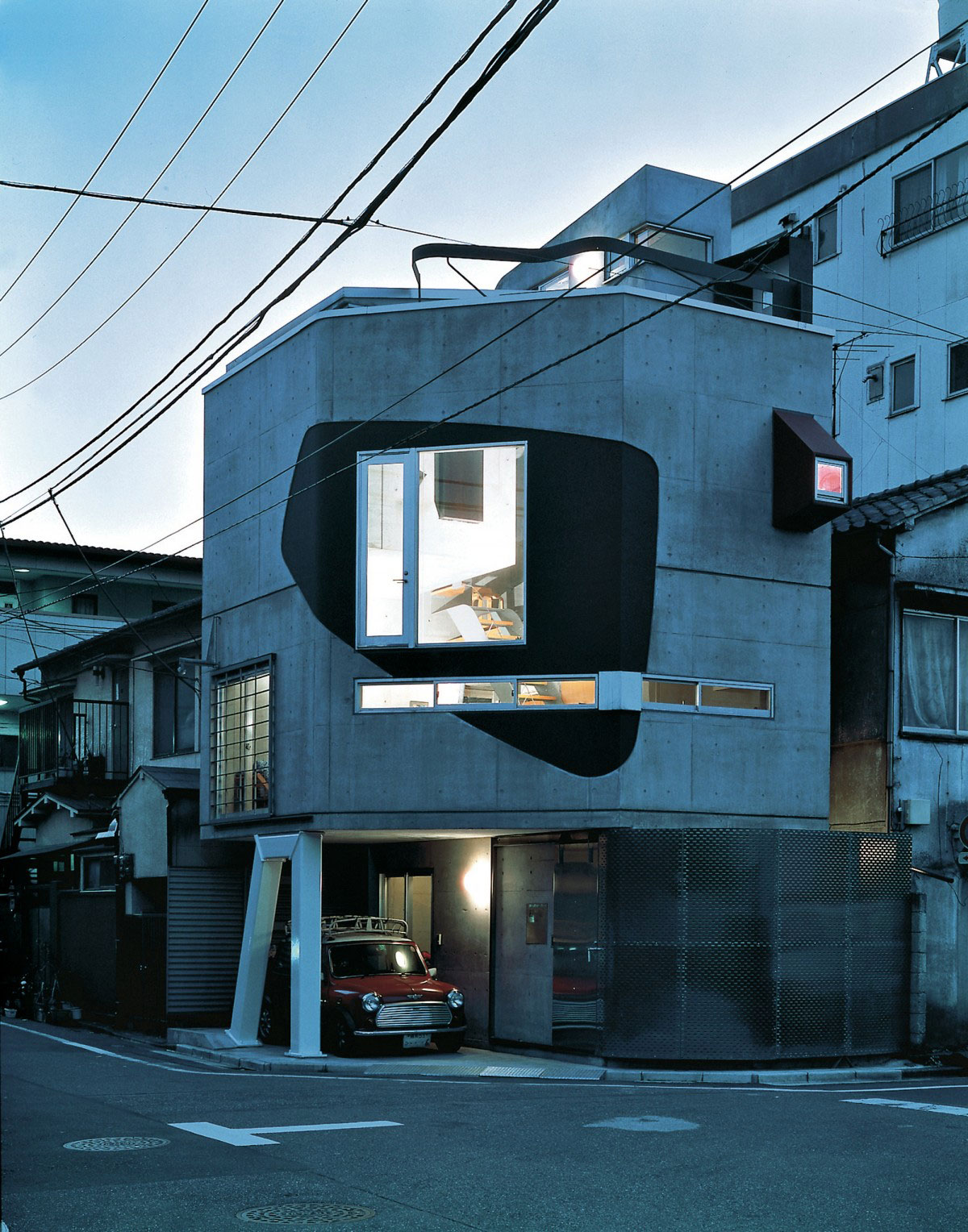 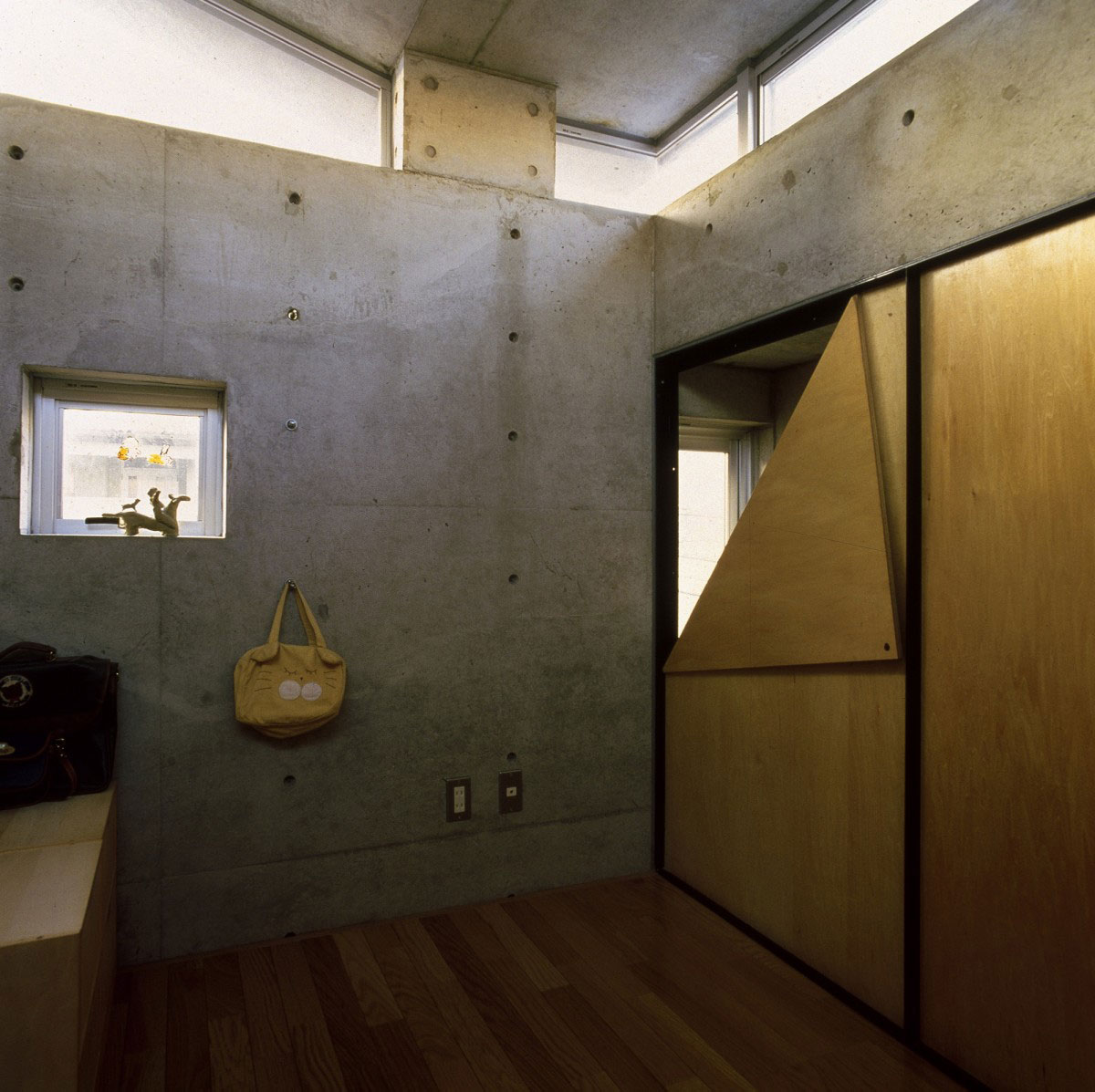 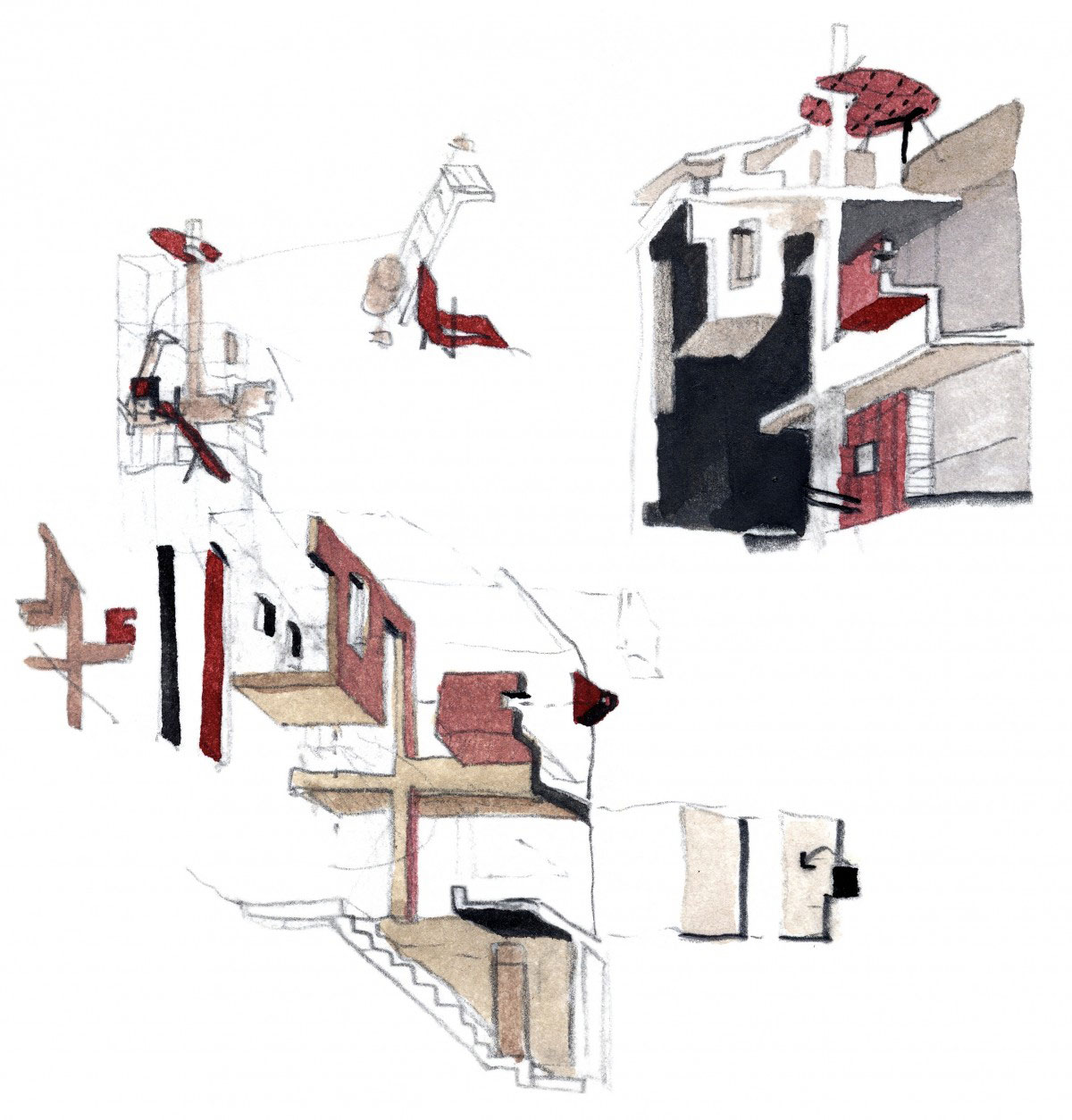 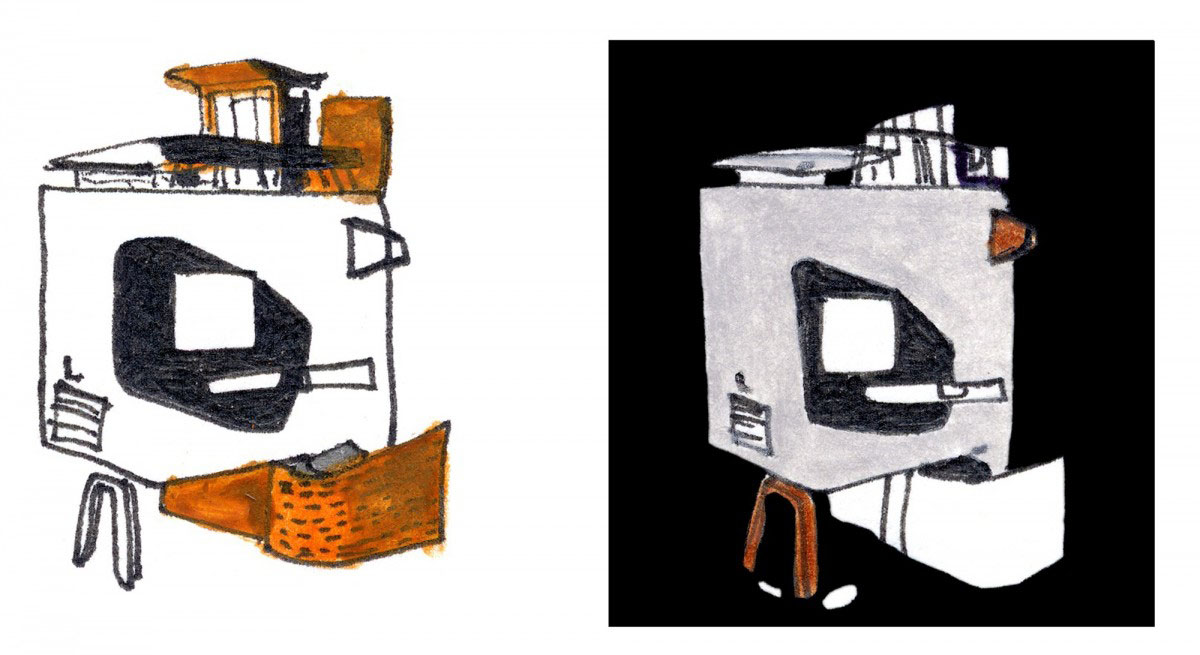 An asymmetrical concrete construction at the corner of a plot, the house is a classic expression of the architects’ humor, who imagined it as being “glanced by a passing ninja.”

Small-scale protuberances, irregular windows, and a gantry crane for the delivery of furniture punctuate the façade, and a big black blob surrounds the main window (a ninja sign for the authors, the eye patch of a giant panda, in the adolescent mind of the original client’s daughter).

A suspended concrete box was expressly created for the child over the kitchen, an interpretation of the theme of the “house within the house. “ 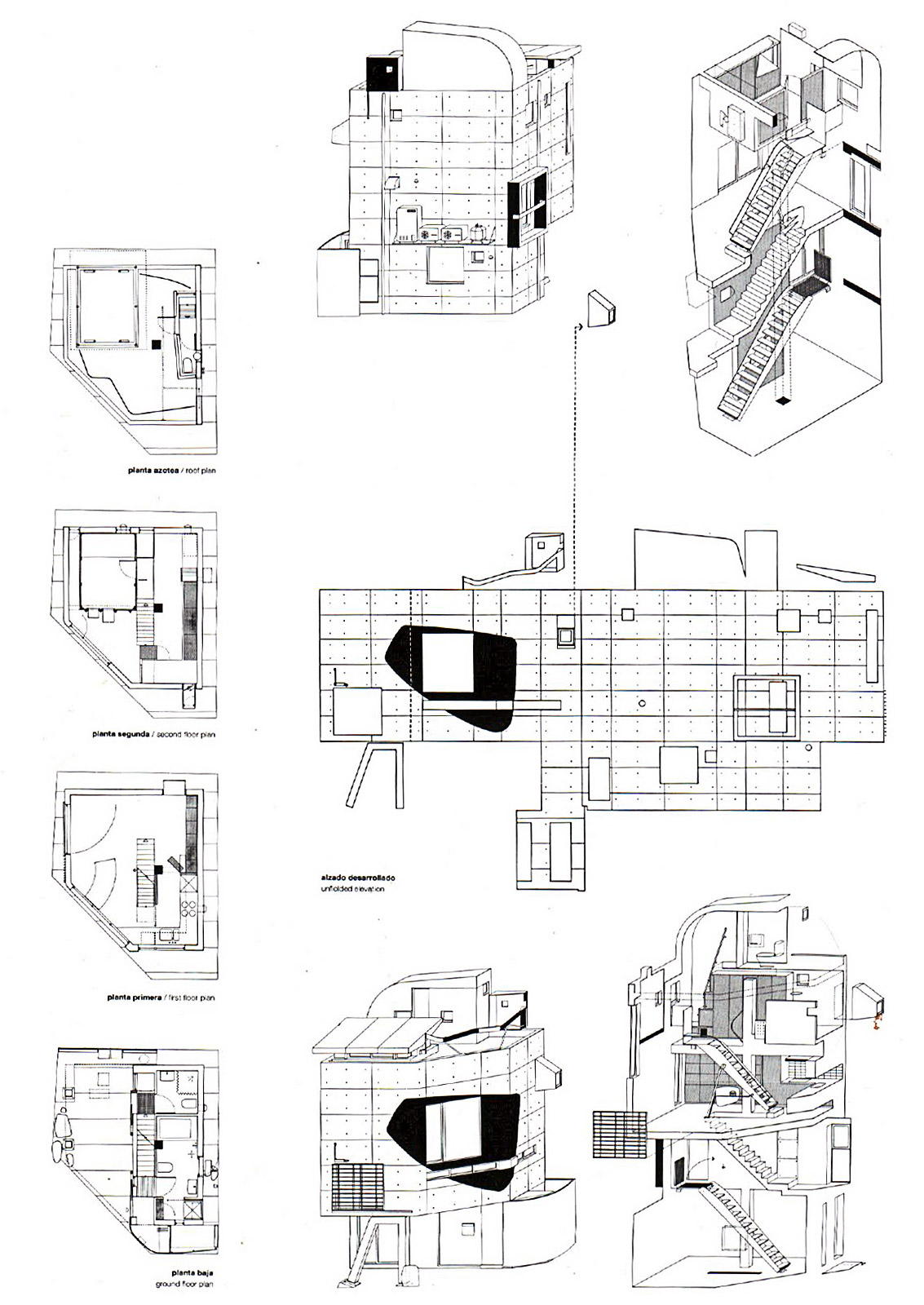 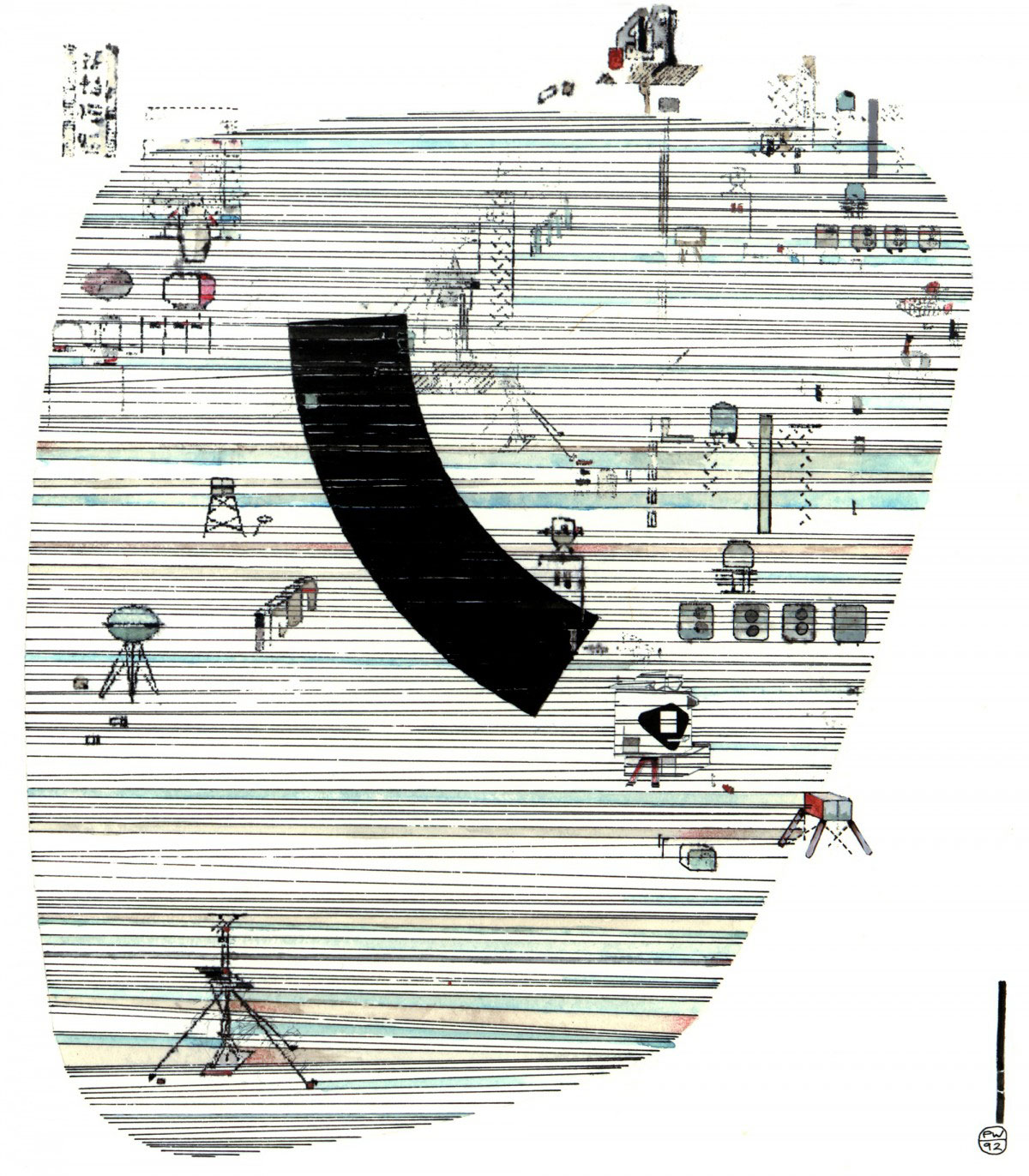 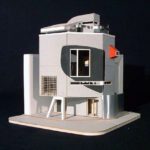 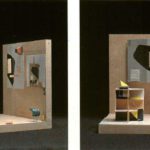 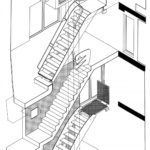 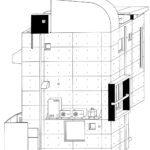 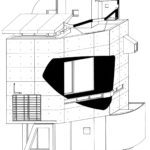 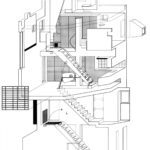 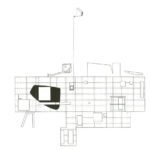 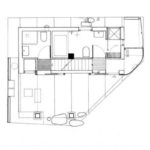 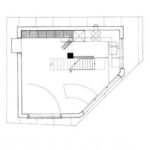 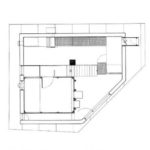 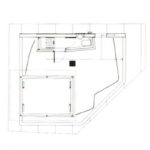 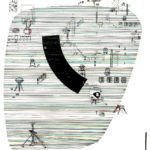 Bolles+Wilson is an architecture firm established by Julia Bolles and Peter Wilson, both Architectural Association (A.A.) graduates. Set in London, the firm moved to Münster after winning the Münster City Library design competition. Other significant works include the Luxor Theatre in Rotterdam (2001) and the Helmond City Library (2010).