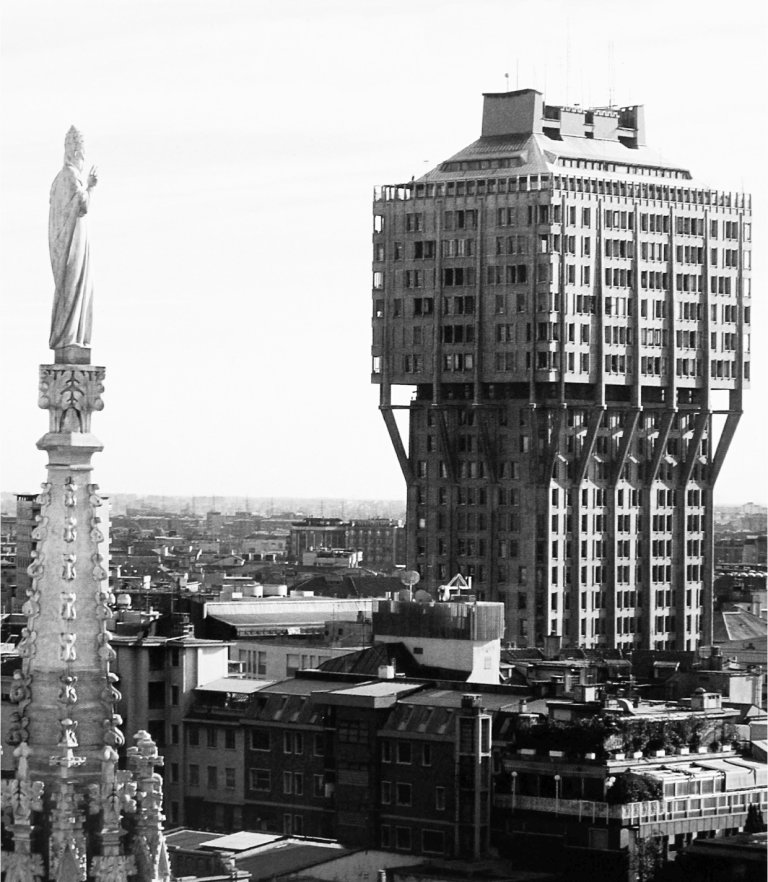 Torre Velasca. View from the Duomo

The Velasca Tower in Milan has been one of the most discussed buildings of the end of the 50s decade. It represented a great icon of ideological transition between those who defended a strict modernism (benchmark the International Style) and the application of technology in construction, and those who on the other hand, were opened to a Regional Modernism (benchmark Lewis Mumford1); incorporating historic references to the design.

What was called functionalism was a one-sided interpretation of function […] The rigorists placed the mechanical functions of a building above its human functions; they neglected the feelings, the sentiments, and the interests of the person who was to occupy it.

The ideals stated by the CIAM in the prewar times (Second World War) were completely opposed with this “Neoliberty” icon that still draws an ornamental contour in the skyline of Milan.

Even by the purely local standards of Milan and Turin, then, Neoliberty is infantile regression. 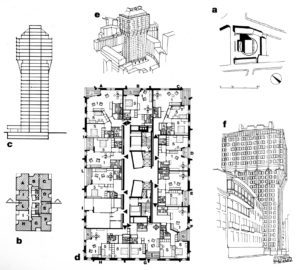 The Velasca’s Tower plot area was placed in the historical centre of Milan, near to  the Cathedral (Duomo). This context  made the aesthetics  definition a difficult task for the architects. The historical reminiscences may not confuse the observer, as its structure, far from been an outdated design, constituted a great progress for the epoch (see the structural plan at the image gallery below). There is a major effort to improve the inner space by placing most of the structure in the façade.

The first sketches of the building were proposing a steel structure, but for cost reasons, eventually, a reinforced concrete structure was implemented. Regarding this matter, we could discard certain prejudices and to consider a virtue the pragmatic approach of this project.

Once presented a general insight and with the privilege of watching the past events from the distance, we could probably give a better response to this question:

Does the Velasca Tower represent a discordant element in Milan’s fabric or denies the architectural principles of contemporaneity? 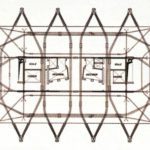 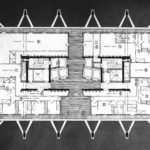 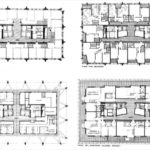 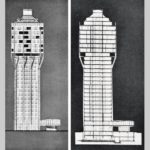