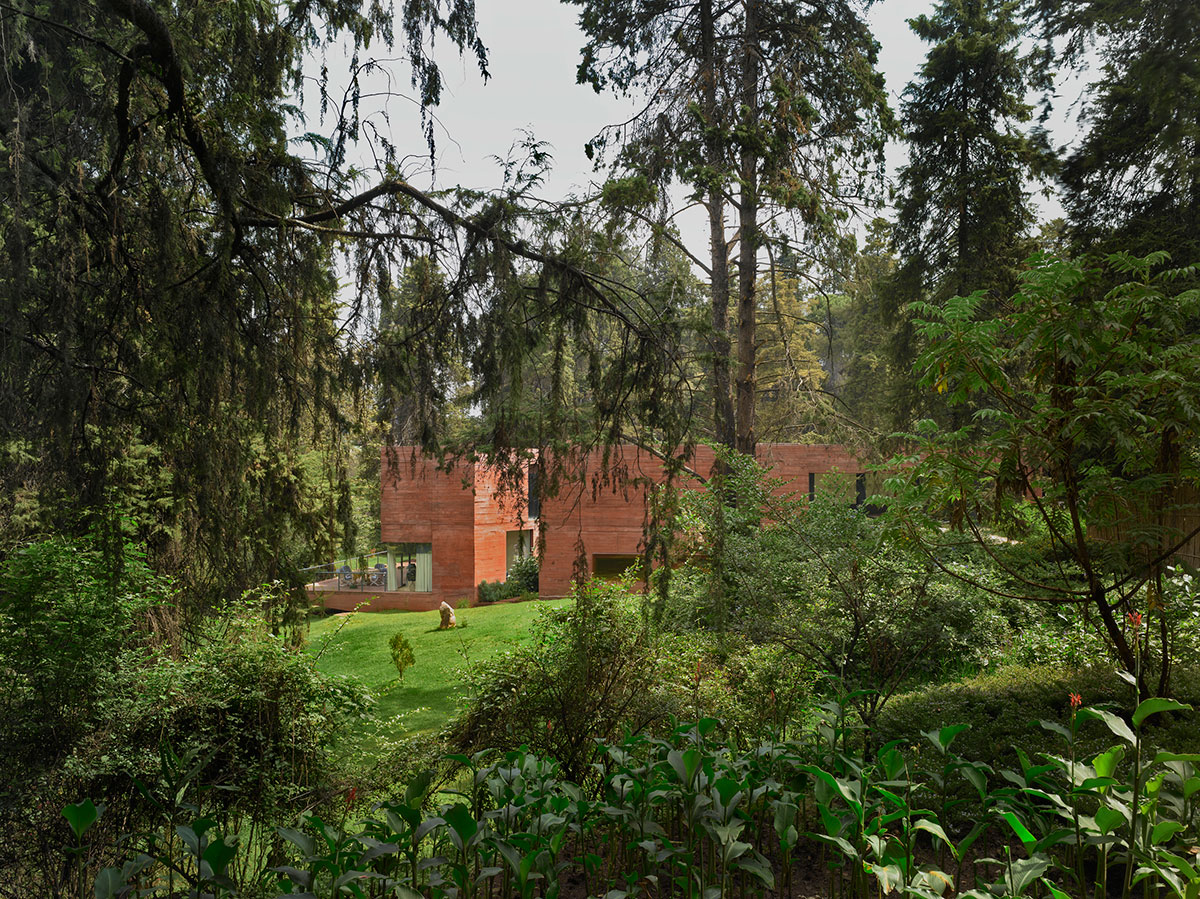 In Adis Abeba, the new Dutch embassy, designed by Mecanoo, is located in a site with five hectares of eucalyptus woods, dropping steeply into a valley. The new buildings blend with the landscape, with a winding road as the historic villa’s connecting element.

The embassy with ambassador’s residence is situated in the centre of the terrain in a long, horizontal volume that seems to have been carved out of the landscape, like a traditional Ethiopian church carved out of the rock. 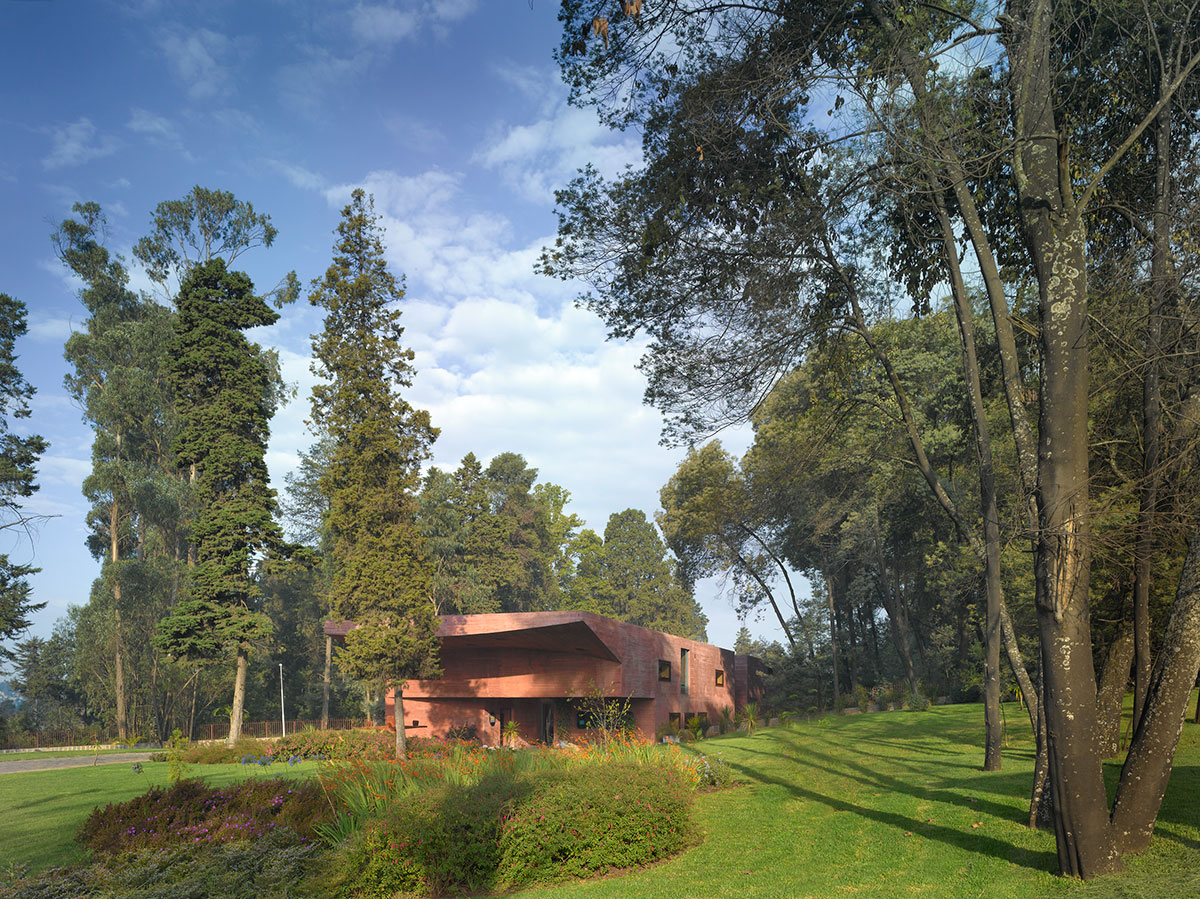 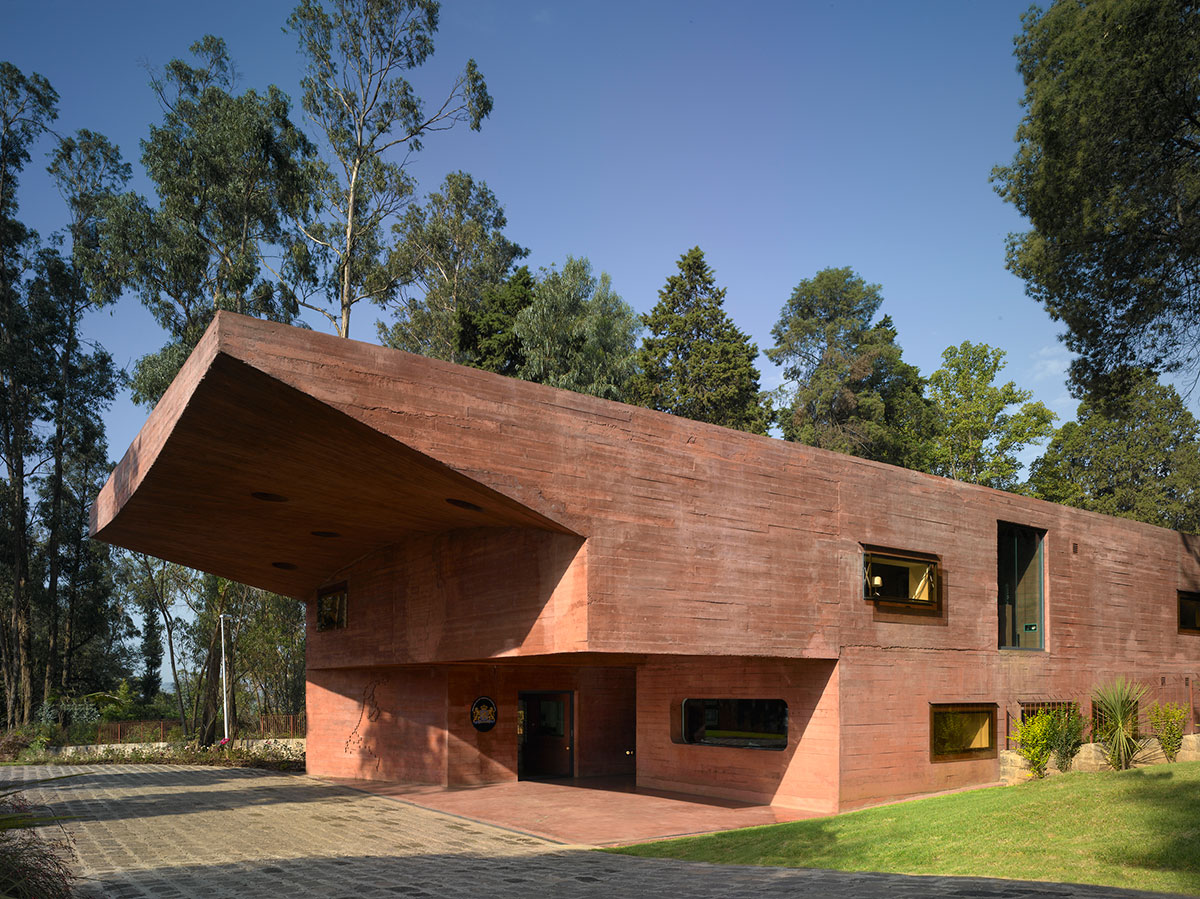 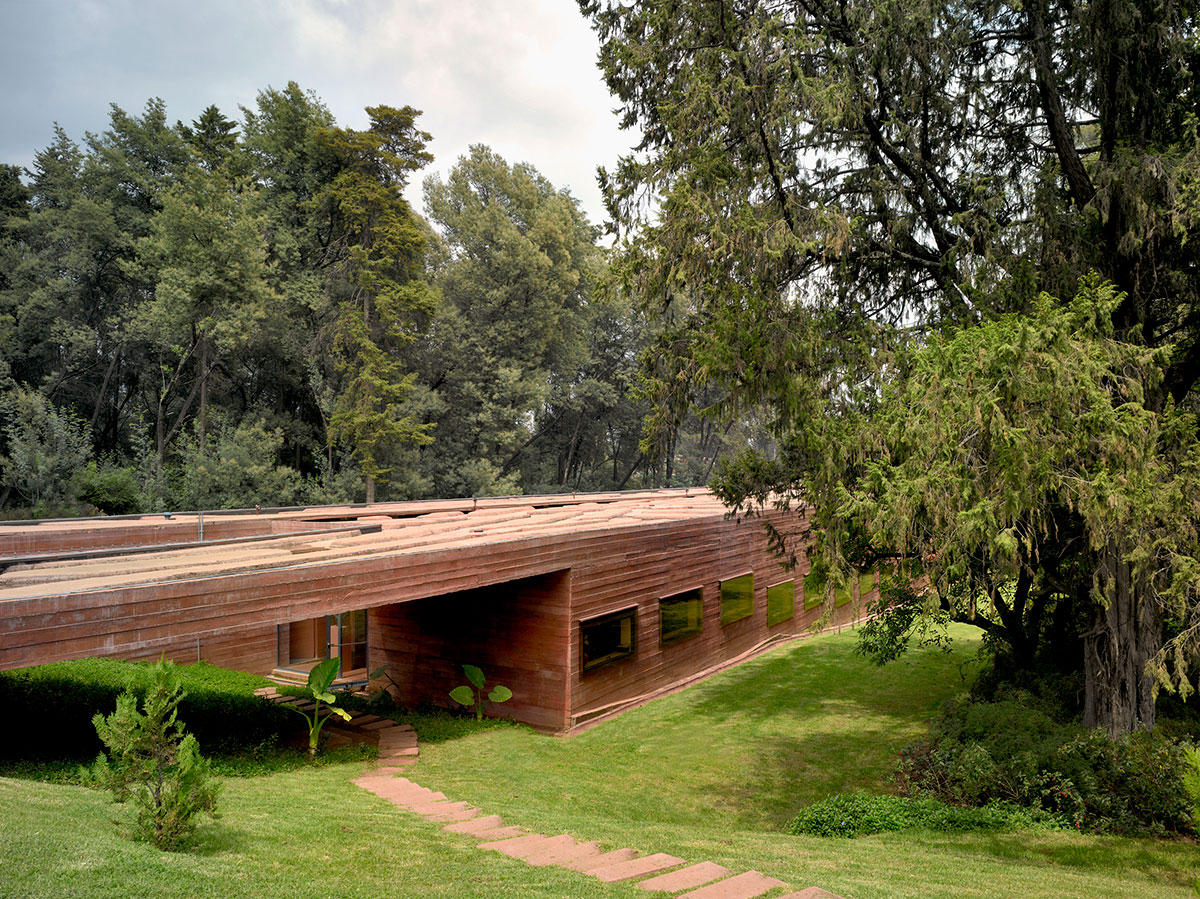 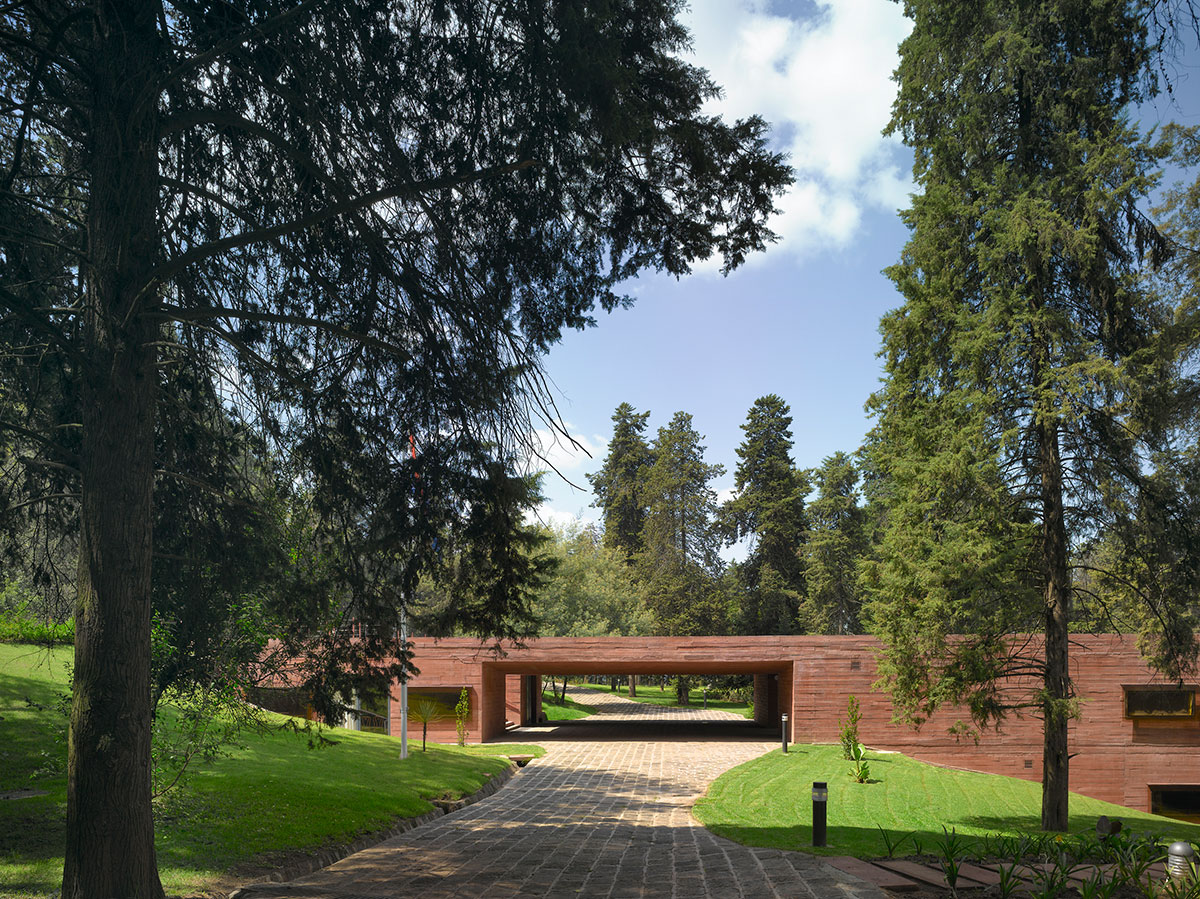 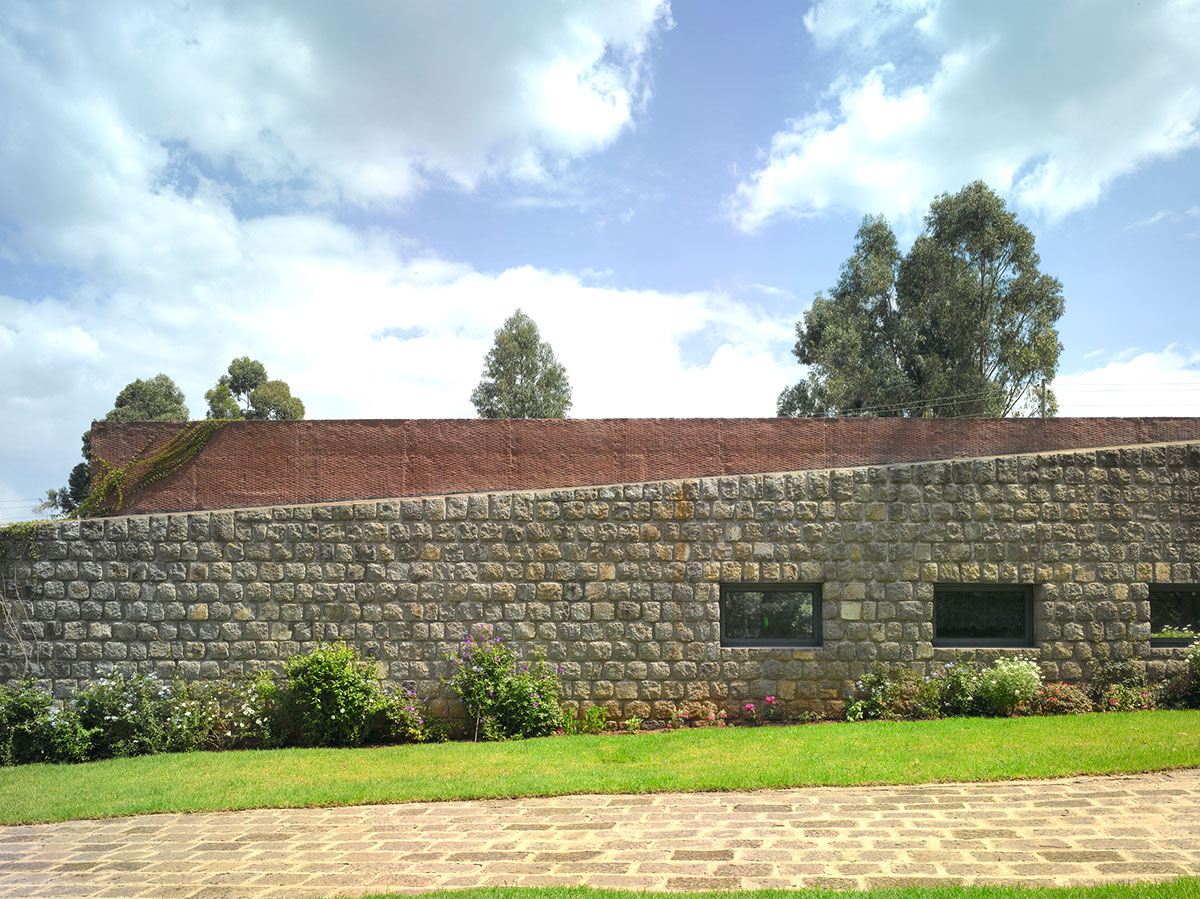 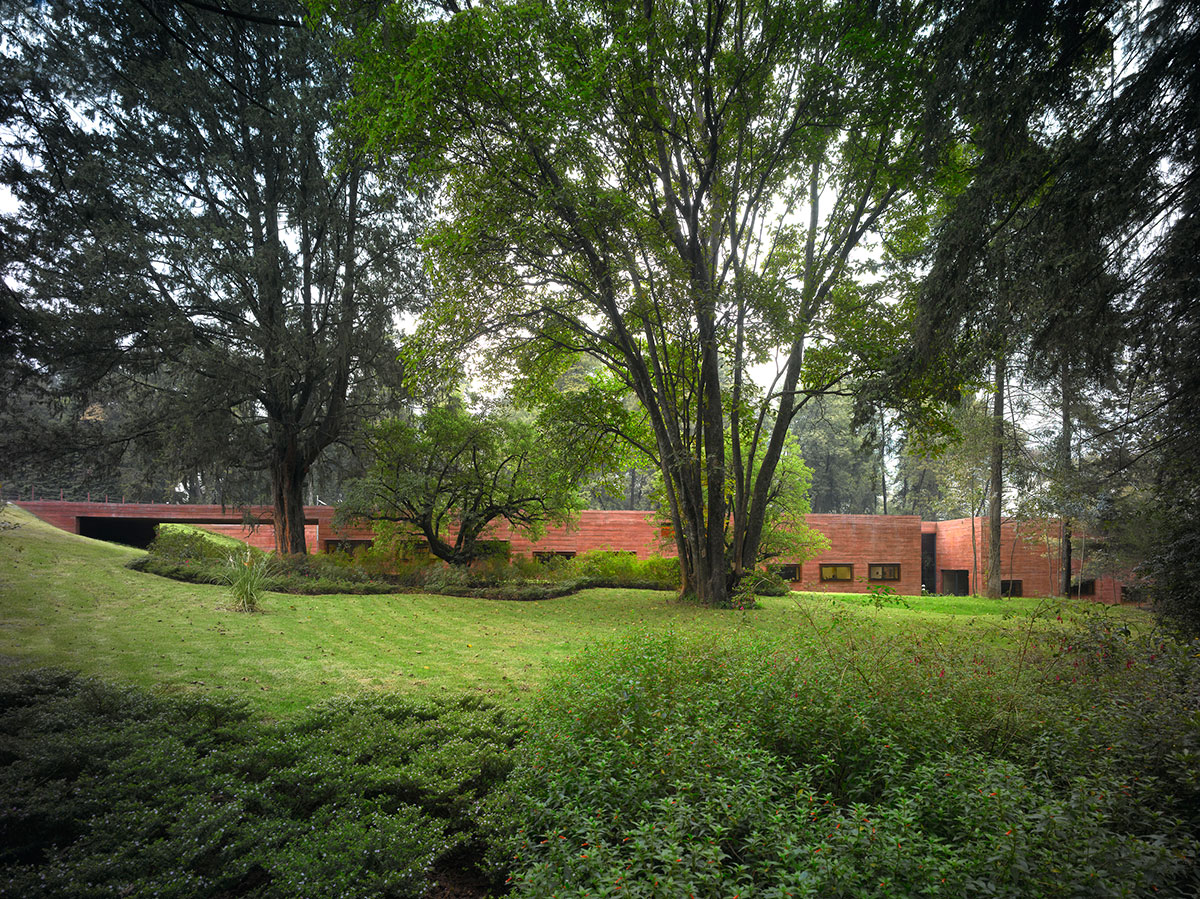 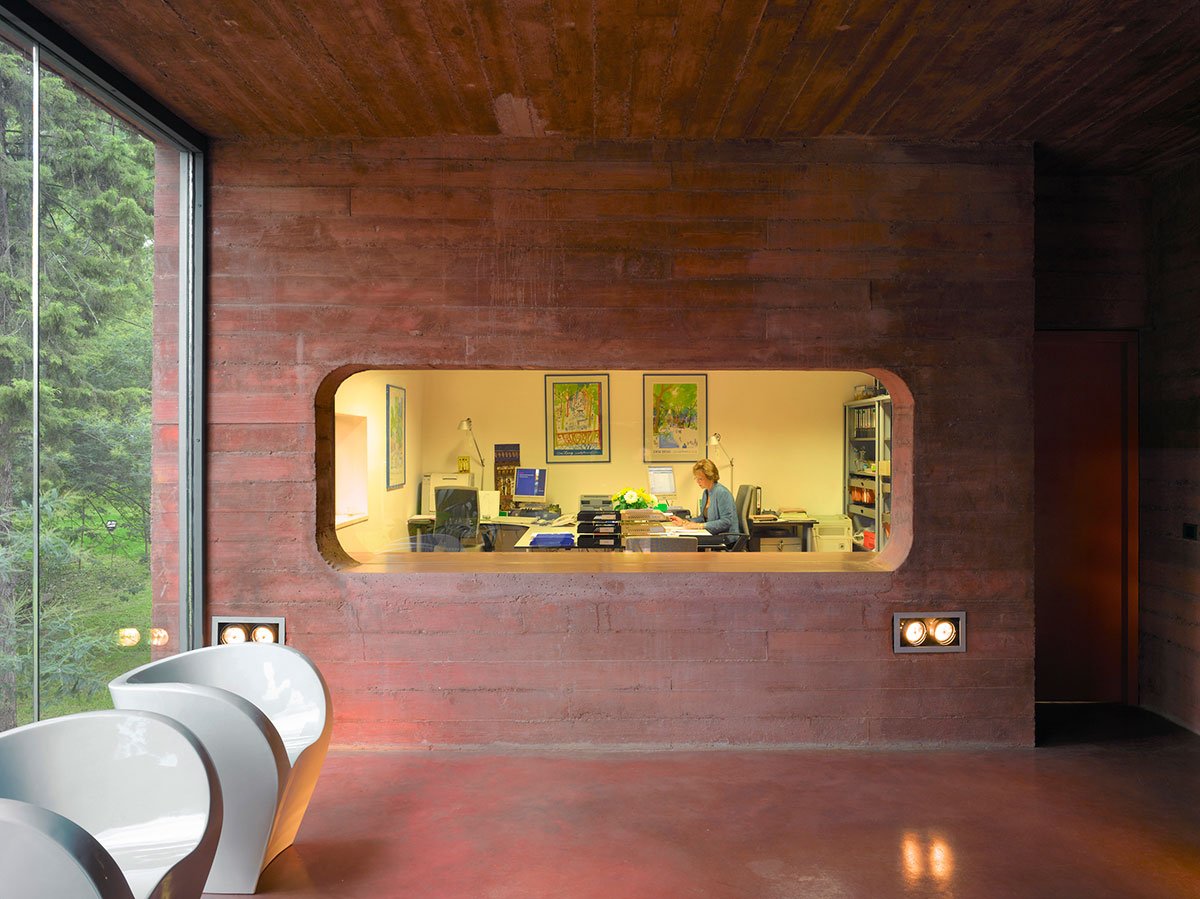 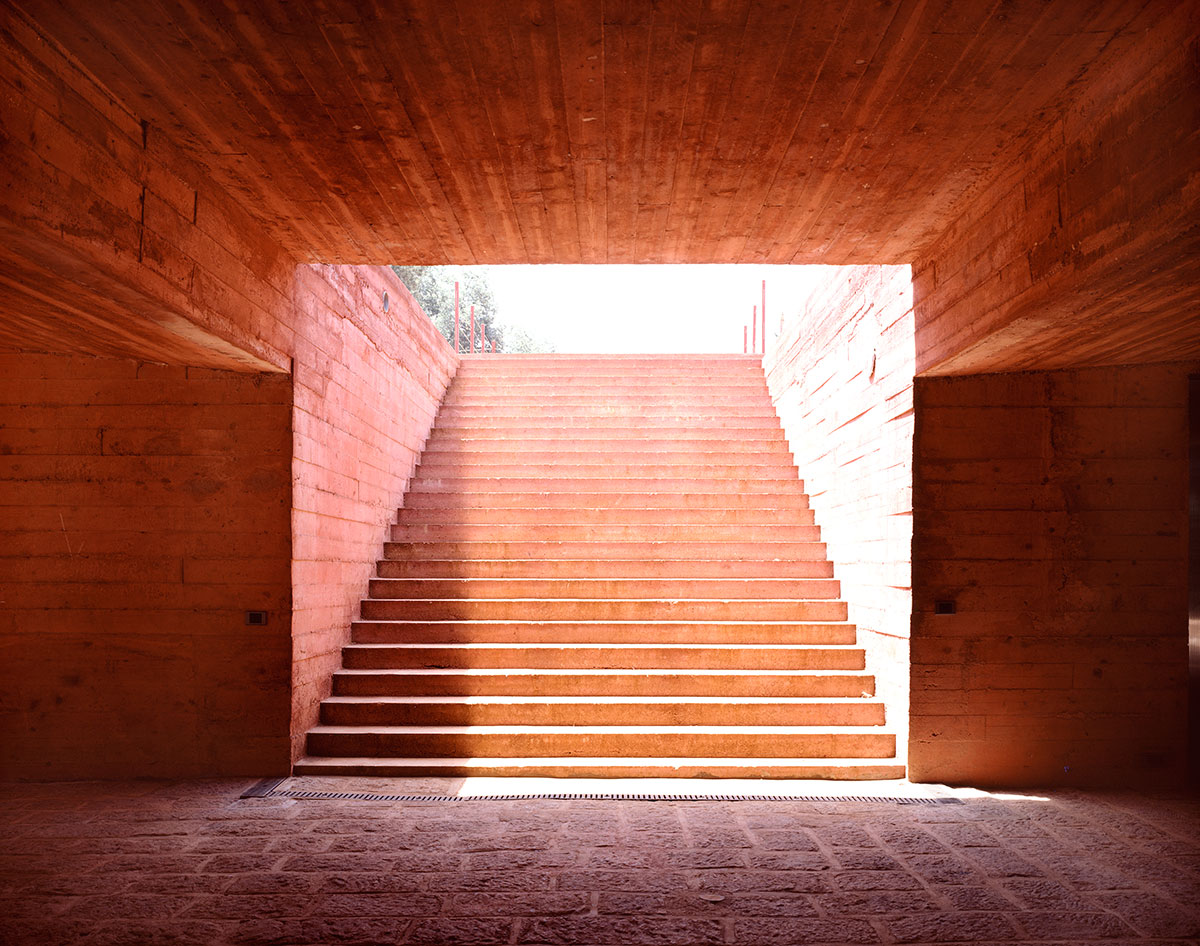 The Dutch embassy’s site on the outskirts of Addis Abeba consists of five hectares of eucalyptus woods, dropping steeply into a valley. The historic villa on the edge of the site has been expanded, while the ambassador’s embassy and residence, three homes for staff members, and the entrance are new. The new buildings blend with the landscape, with a winding road as the connecting element.

The gatehouse, camouflaged in the Dutch flag’s colors, peers over the wall on the street side. The extension of the villa, which the vice ambassador occupied, has been placed beneath the existing house, which now seems to float above the garden. The three homes for staff are situated behind a wall, next to the wall surrounding the site. The gradient difference means that they are placed one behind the other like terraces and that all residents enjoy an unobstructed view.

Carved out of the landscape

The embassy with ambassador’s residence is situated in the center of the terrain in a long, horizontal volume that seems to have been carved out of the landscape as a traditional Ethiopian church carved out of the rock. The outside walls are of rough concrete in the same red color as the ground.
The landscape intersects the volume on the borderline of the two functions. At this point, the road embedded in the landscape passes over the building before dropping to the covered visitor’s entrance of the residence. The roof that comes into sight when the road intersects the building has been implemented as a shallow pond, a reference to the Netherlands in the uneven Ethiopian landscape.

The embassy is simple in structure, with offices on either side of a central corridor. This corridor rises with the gradient of the site. The entrance is situated at the lowest point of the corridor, at the end. There is enough space here for an intermediate level, where the ambassador’s office is situated. It is connected via a stairway to the rooftop path leading to the residence. The residence has two stories. The upper floor contains the formal reception rooms, while the lower one contains the private rooms. Light shafts and patios link the areas inside and outside the building. As a result of the difference in the site’s gradient, both floors are at ground level to be used entirely independently of one another. Three concealed stairways – one for the ambassador, one for his family, and one for staff – form the floors’ internal routes. 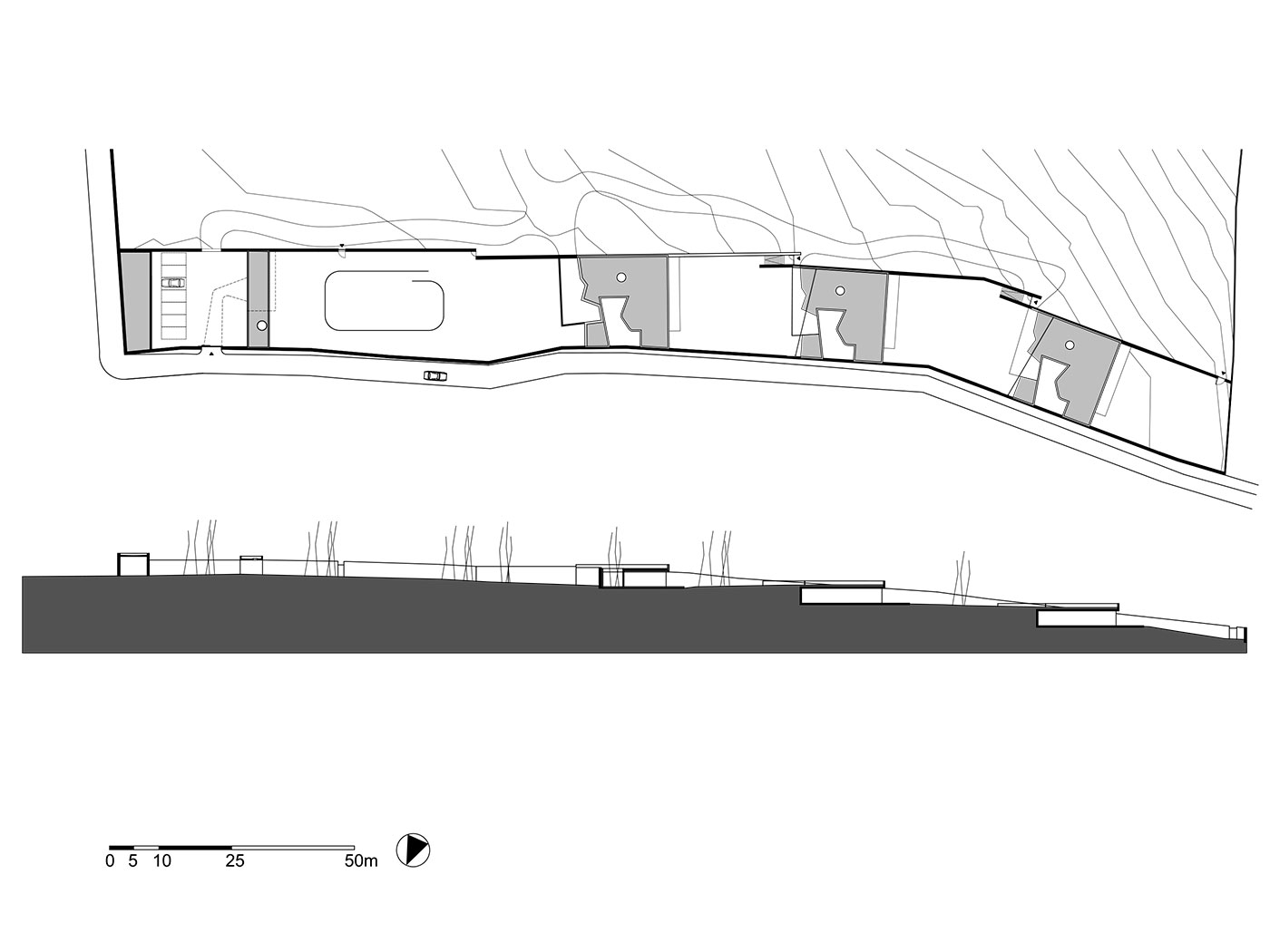 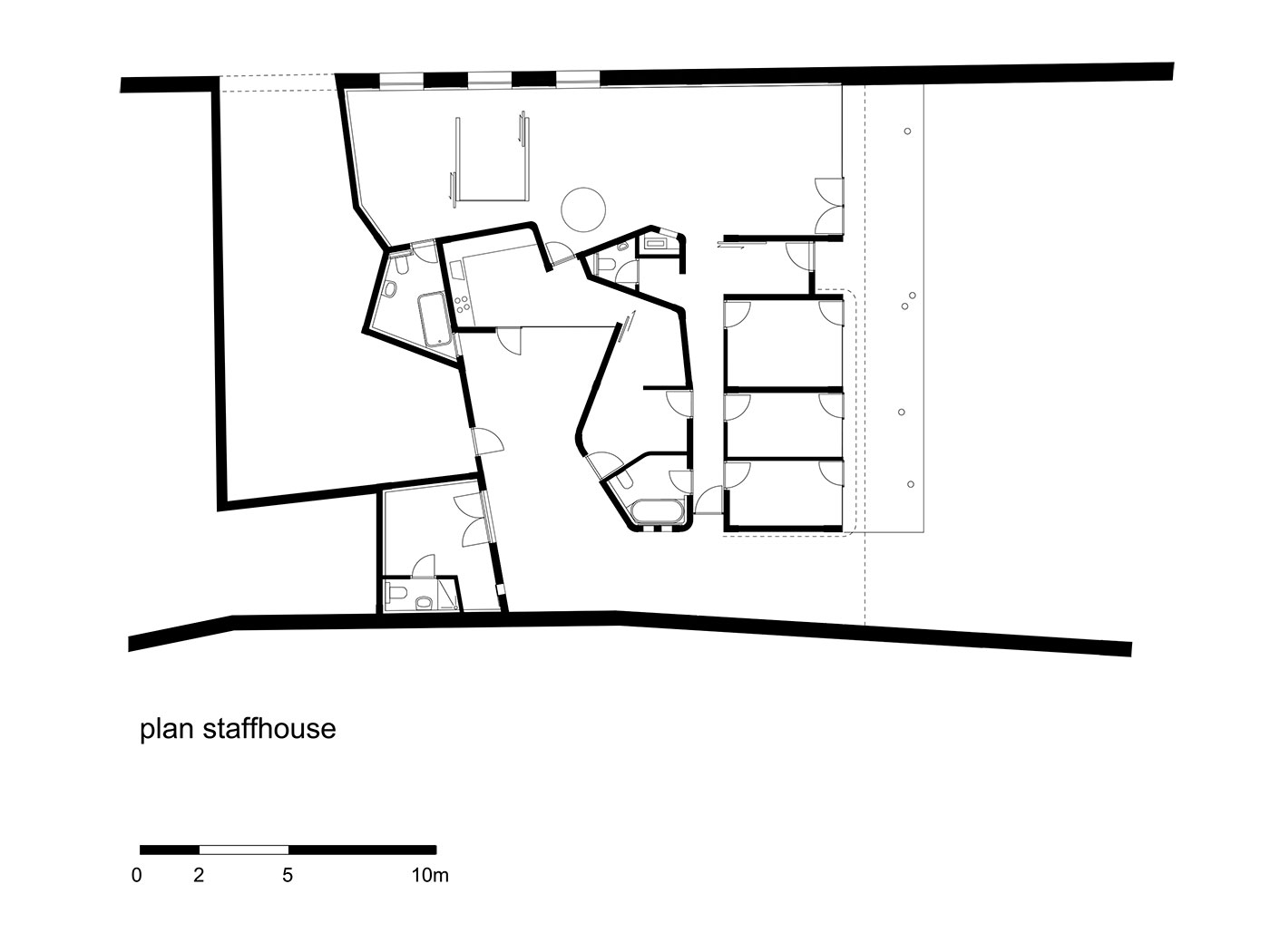 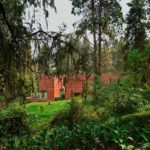 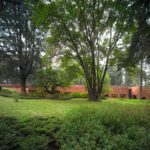 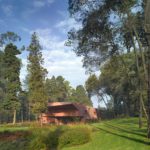 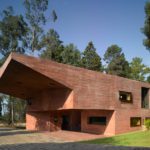 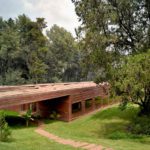 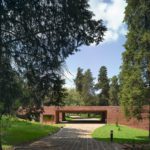 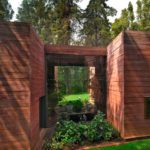 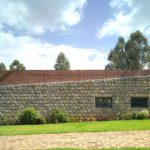 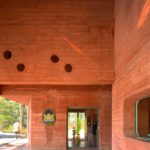 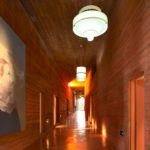 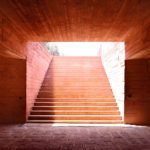 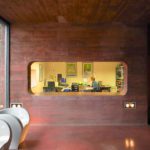 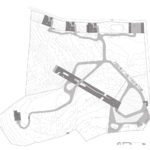 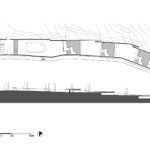 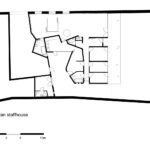 Mecanoo, officially founded in Delft in 1984, comprises a highly multidisciplinary staff of creative professionals. With the ambition to create a new identity in a globalized world, sustainability is an inherent aspect of their design approach resulting in inspiring places, socially relevant for people and communities.

Other Works from Mecanoo