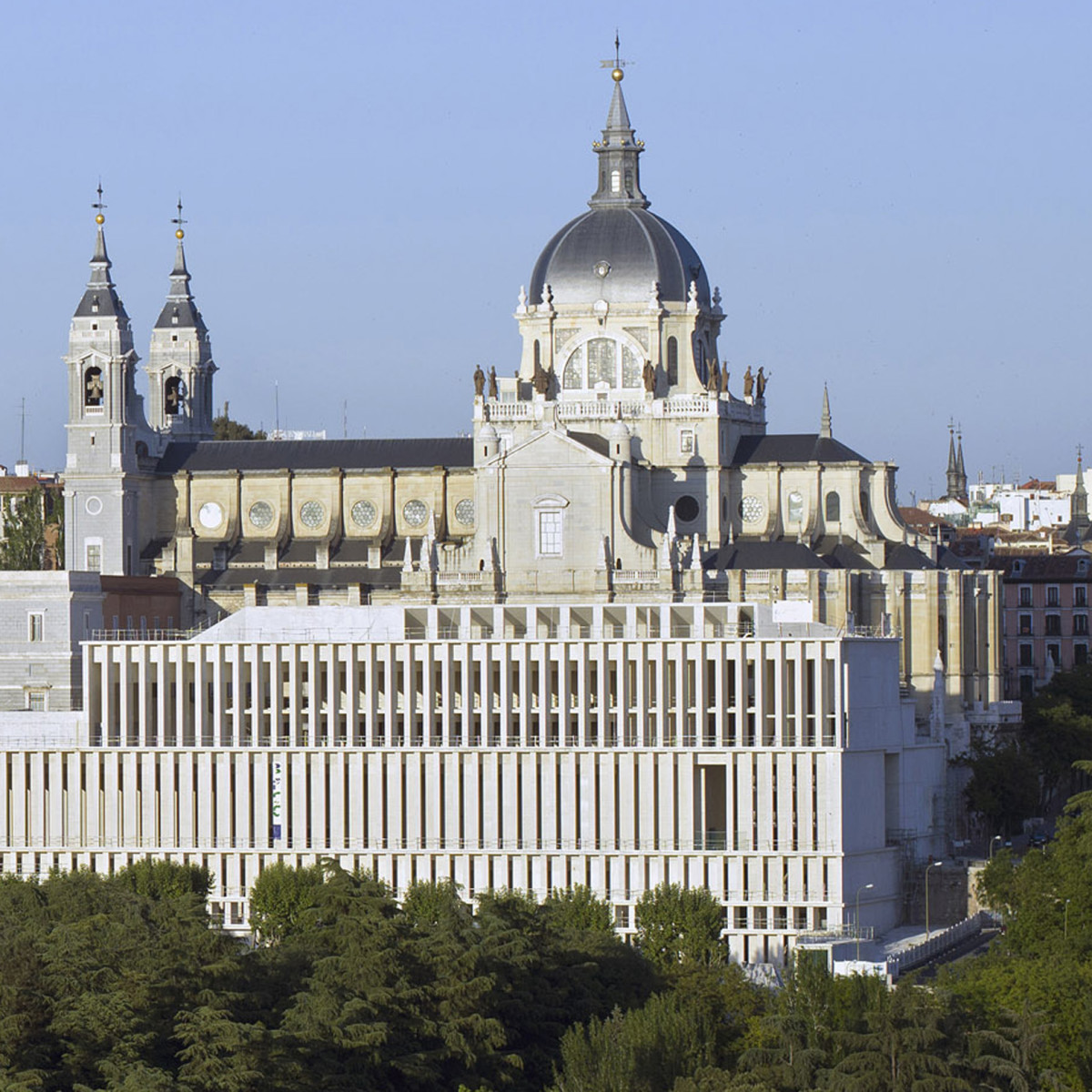 The museum of Royal Collections by Mansilla & Tuñón in Madrid was built taking into account the classic structure of the Royal Palace and the modern concept of a descending museum.

From the urban point of view, the Museum of Royal Collections is based on two basic principles: First, the museum is part of the natural-artificial landscape of the western ledge of Madrid, and secondly, the new building preserves the public character and open from the Almudena’s square. The Royal Collections Museum broadens the base of the Royal Palace, building a linear space that follows the traces of the palace itself. The three levels of exposure conform three distinct collections: tapestries, paintings and carriages. Each of these showrooms is organized with a span of a hundred and twenty meters long and sixteen meters wide.