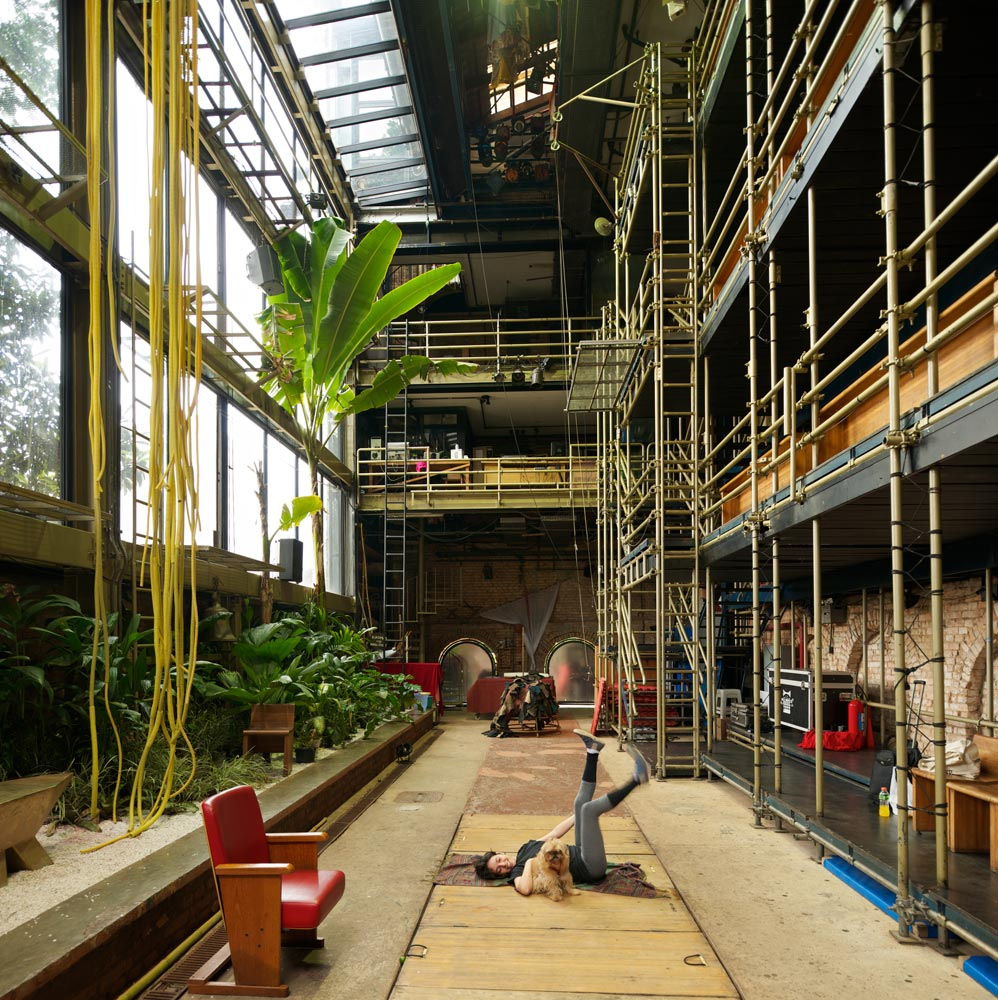 The Oficina Theatro was designed by Brazilian Architect Lina Bo Bardi was built in São Paulo in 1984. The renovation of the historic and previously burned office building to a theater was designed almost entirely out of painted scaffolding, referencing the construction of the sets housed in the venue. Teatro Oficina has challenging sight lines, hard seats and is very much not the shape theatres are meant to be, but is all the more intense for that.

Architecture is created, ‘invented anew,’ by each man who attempts her, who roams her space, climbs a stair, rests on a balustrade, lifts his head to look, open, close a door, who sits down or gets up and makes intimate contact with – and at the same time create ‘forms’ in – the space […]

This intimate, fiery, contact, that which was perceived by man at the beginning, is today forgotten. Routine and communal places made man forget the natural beauty of “moving in space,” of his conscious movement, of those little gestures… 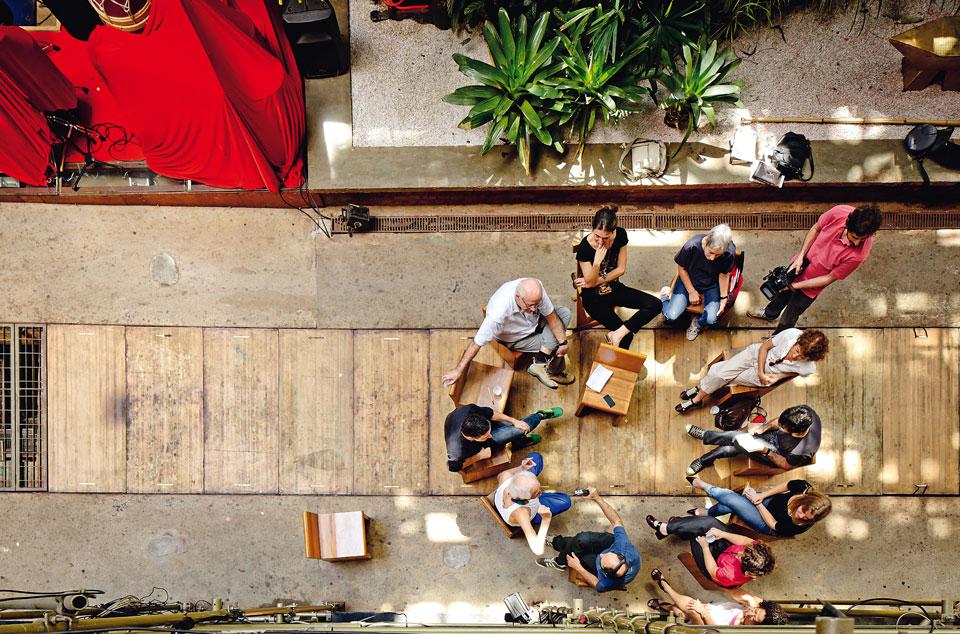 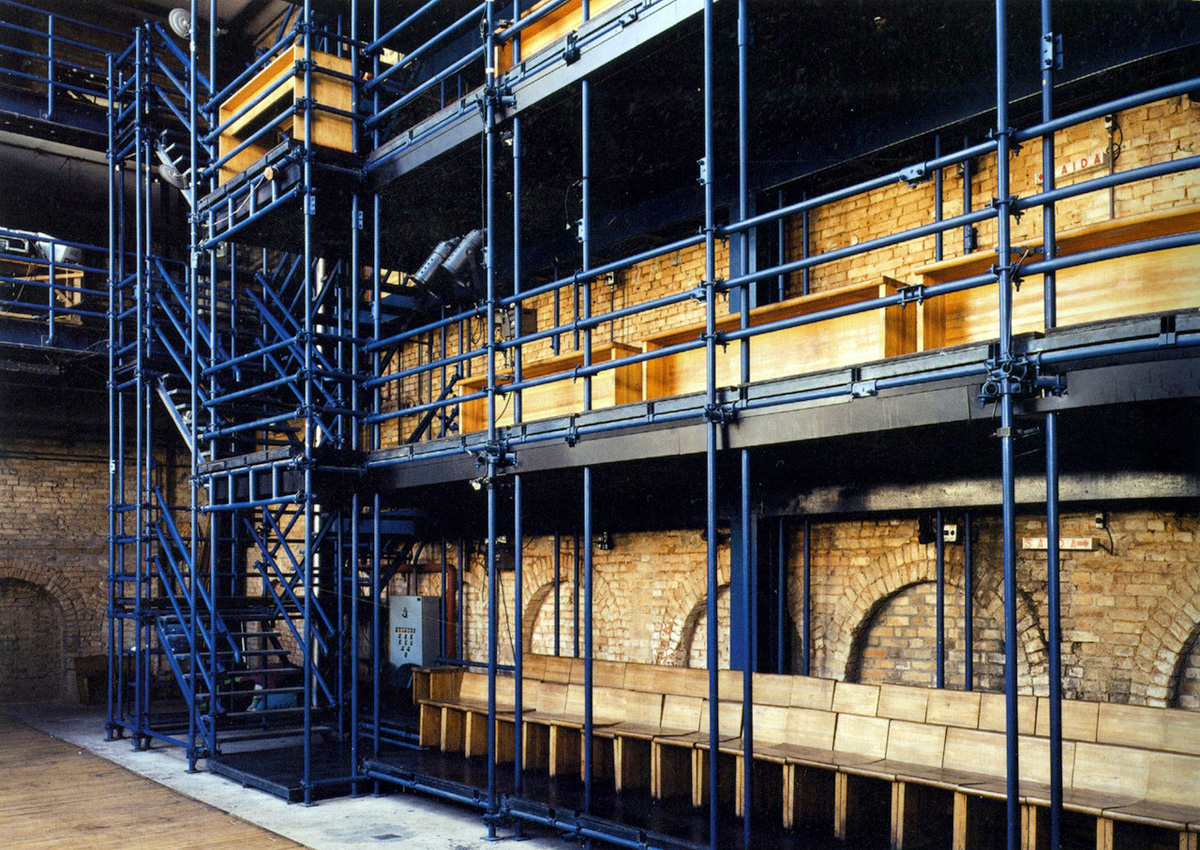 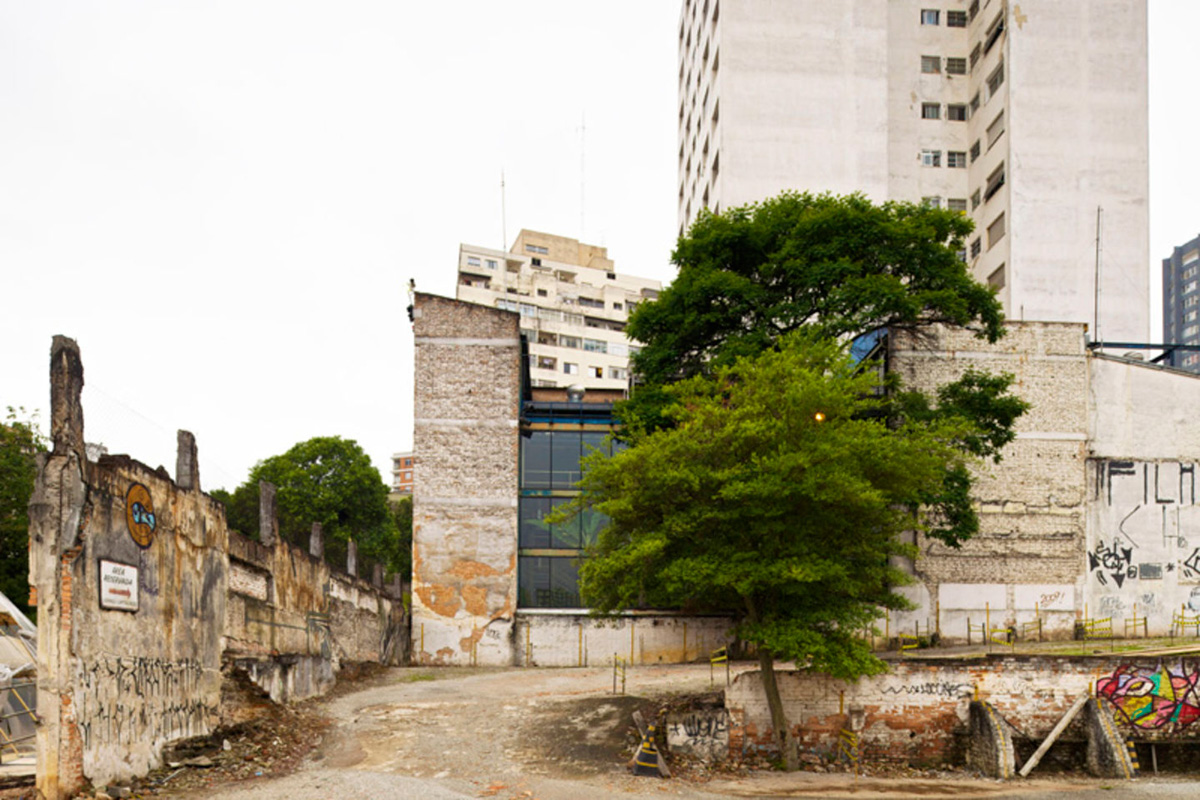 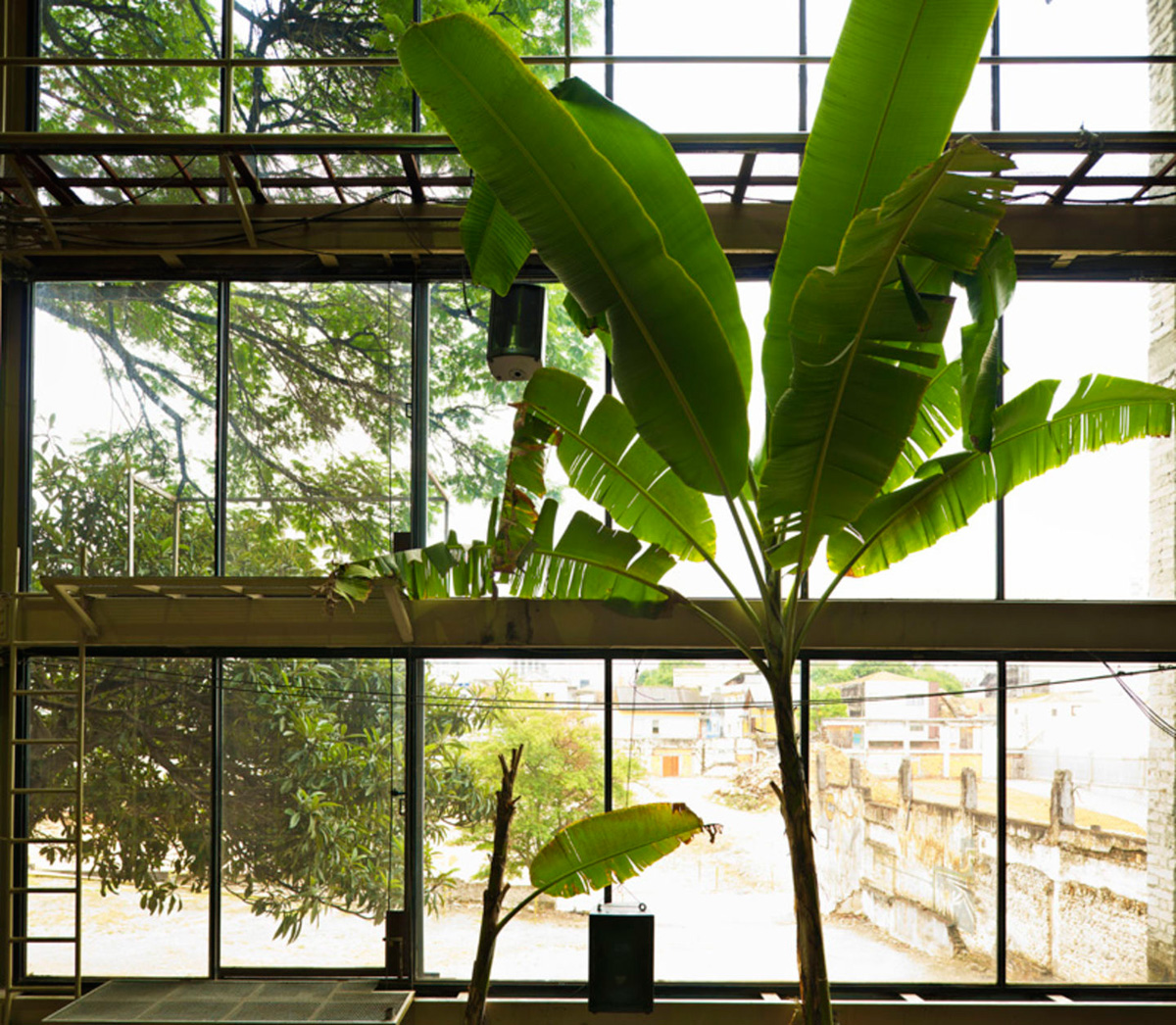 Teatro Oficina was a restoration project run by the Oficina Teatre Company in Bexiga, Sao Paulo. Formerly, this was a working class neighbourhood with an enormous Italian population. Within the 1980s it became one of the most diverse  and cultural areas of the city. The theatre burned in 1966, and the rest of the brick shell was used as a peoples theatre.

The building is 9 meters large and 50 meters long. The idea was to create a long, narrow, street-like space in the burned-out shell of a former theatre. Built to serve the orgiastic performances of the theatre’s creator Zé Celso, he has claimed that the idea for the open plan came when, on an acid trip, running from the police, he found himself trapped against a solid wall.

From the large main entrance off the Minhocão expressway, the theatre descends within the city block. On the right, the large glazed surface opens to provide a clearing to Silvio Santos’s adjacent property. That’s where the Teatro Oficina company creates short-term set ups to attract large audiences to its shows

As a general public street, it has barely no space for spectators, it is limited to actors. The general public, the technicians and all the items are on stage with the actors. The theatre is no longer a “dream box” but a genuine life-style. 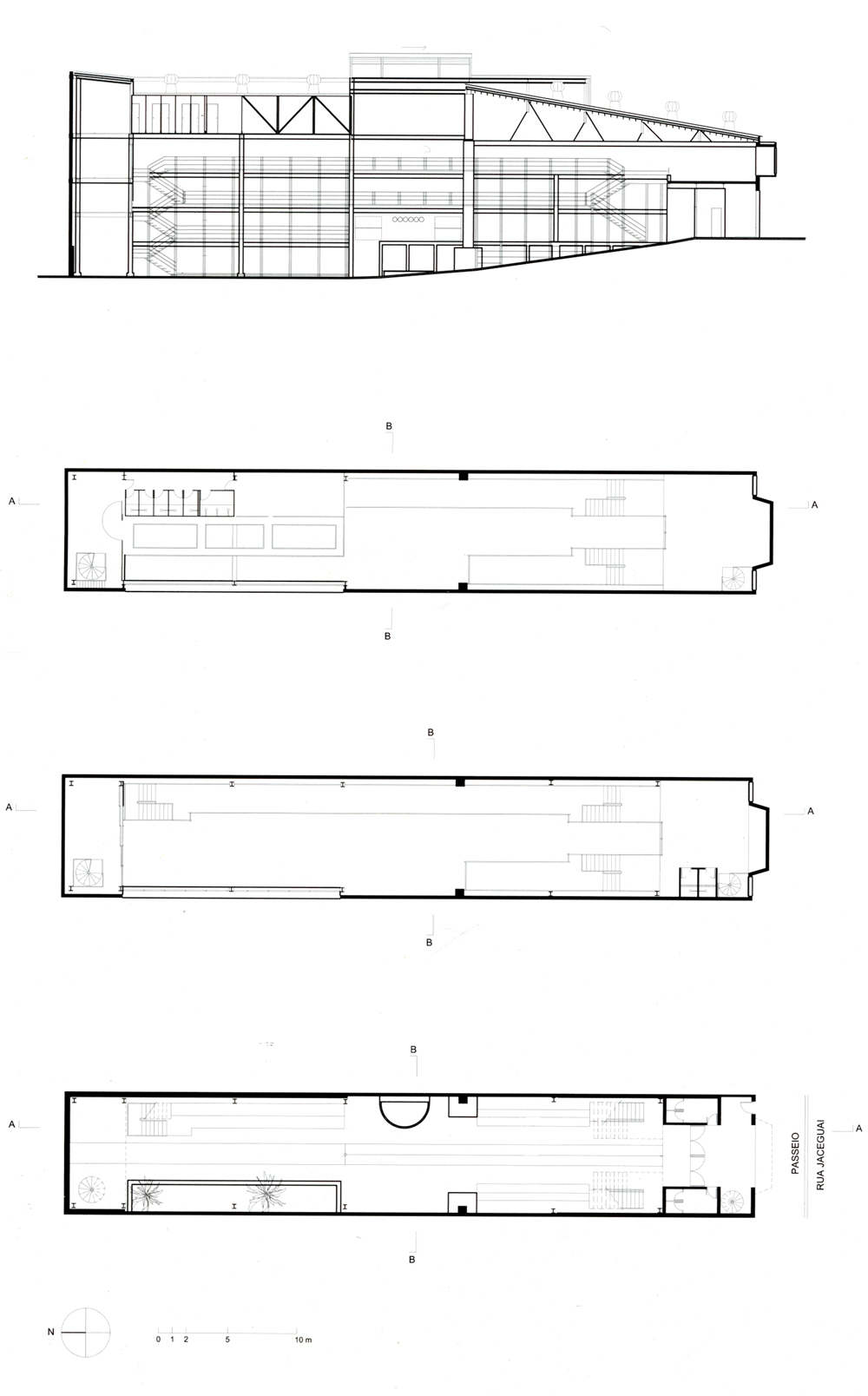 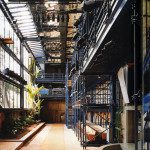 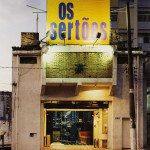 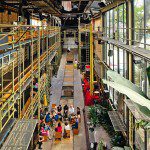 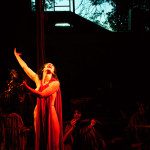