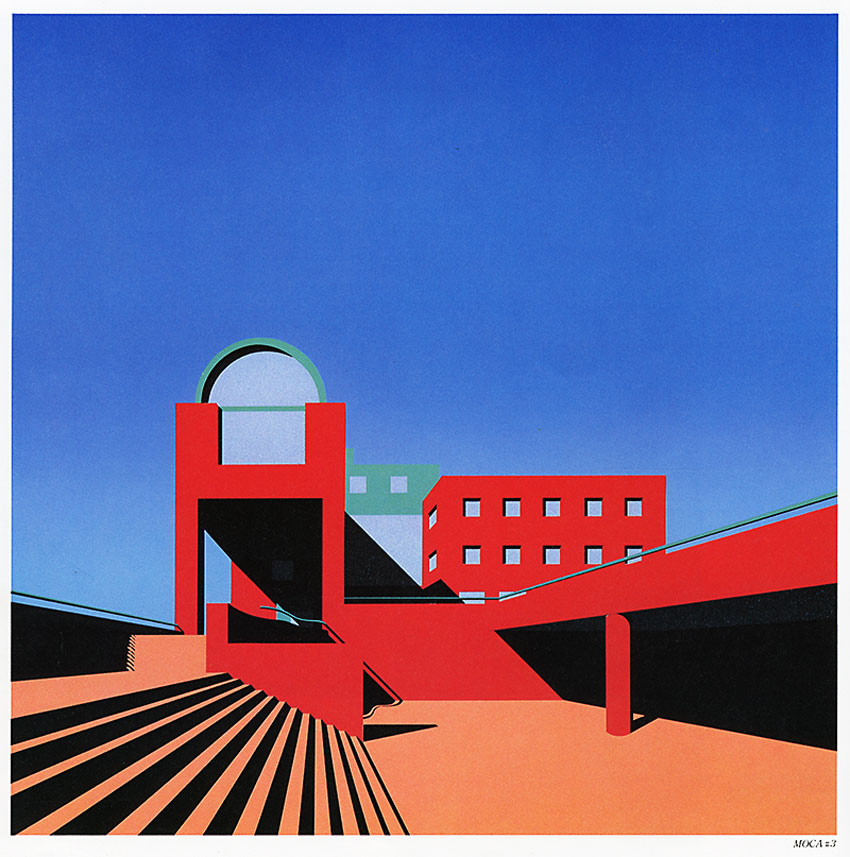 In 1986, Japanese architect Arata Isozaki completed the Museum of Contemporary Art in Los Angeles (MOCA) with Los Angeles popular culture and classical architecture in mind. Today this location hosts the museum’s main galleries, the flagship location of the MOCA Store, and the staff offices.

With only four of its seven floors above street level, its sunken, red sandstone-clad design is a welcome contrast to the extreme heights of the Bunker Hill glass-and-steel high rise towers.

© MOCA | Exterior view of the Museum in Los Angeles 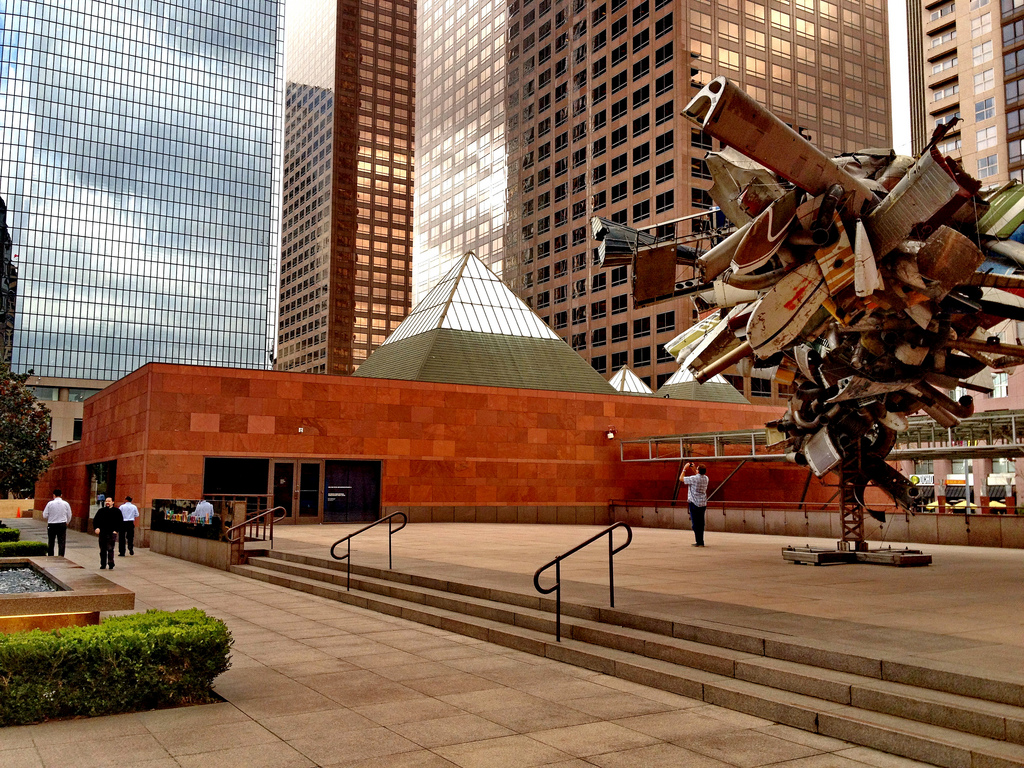 © MOCA | Exterior Patio of the Museum 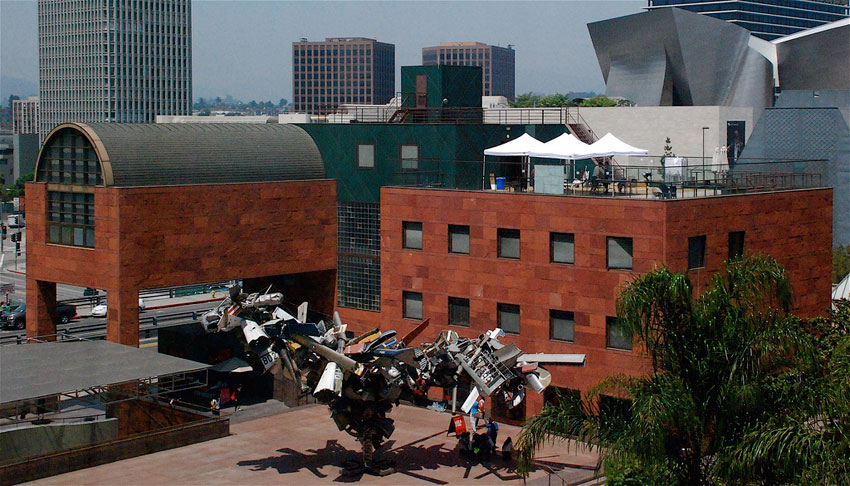 © MOCA | Aerial view of the Museum 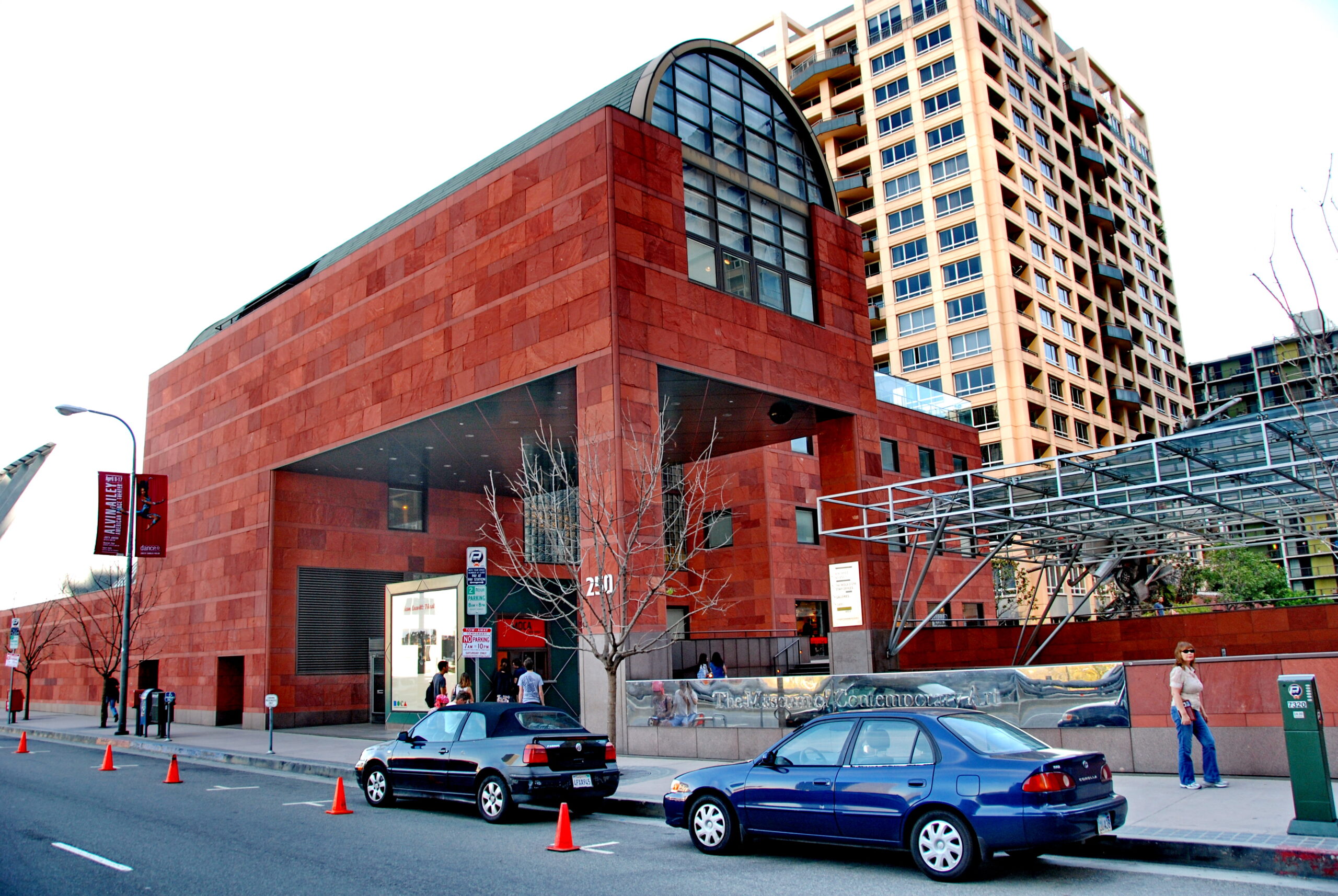 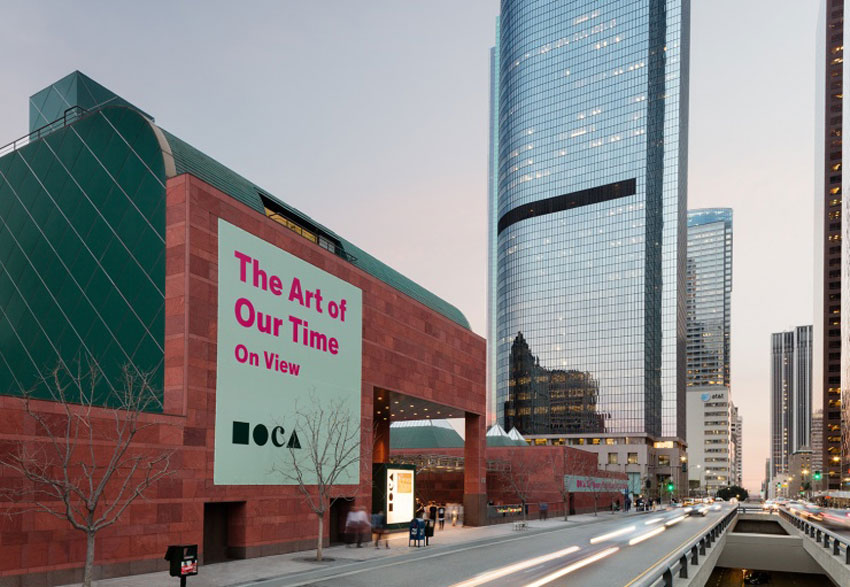 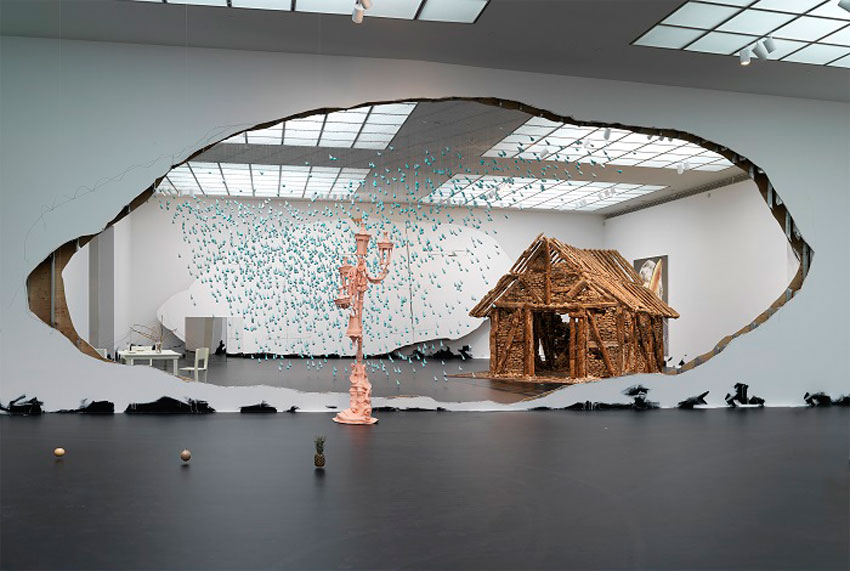 Text by the Architects / MOCA

When the Museum of Contemporary Art in Los Angeles (MOCA) opened its permanent quarters at California Plaza in 1987, Bunker Hill was a multi-level landscape of sprouting skyscrapers. In addition to private donations, funds for MOCA came from a 1.5 % allocation of budgets from Bunker Hill development projects required to go towards public art.

Japanese architect Arata Isozaki created a contrast to the extreme heights of the Bunker Hill glass-and-steel high rise towers by designing MOCA as a sunken, red sandstone-clad space. The entrance is marked by an arch leading to a subterranean terraced courtyard. Under and around the courtyard are the public galleries. Only four of its seven levels are above the street level.

Administrative offices are located at the level of Upper Grand Street under a barrel-shaped roof. Isozaki chose forms and shapes for the building that were vaguely traditional, but mostly abstract. East Asian traditions were referenced with the play between positive and negative (building and courtyard) space. At its opening, critics derided the building’s windowless, blank wall along the Grand Street sidewalk, but Isozaki deliberately designed the building to face inward towards the California Plaza development.

MOCA remains an oasis of low-rise tranquility with a deliberately different layout from traditional museums.

The sole compensation for the CRA’s stupidity is this jewel-like cluster of geometric forms, clad in rough-textured red sandstone, hunkered down amid the office towers. Major art and architecture exhibitions are presented in skylit galleries leading off the sunken court. 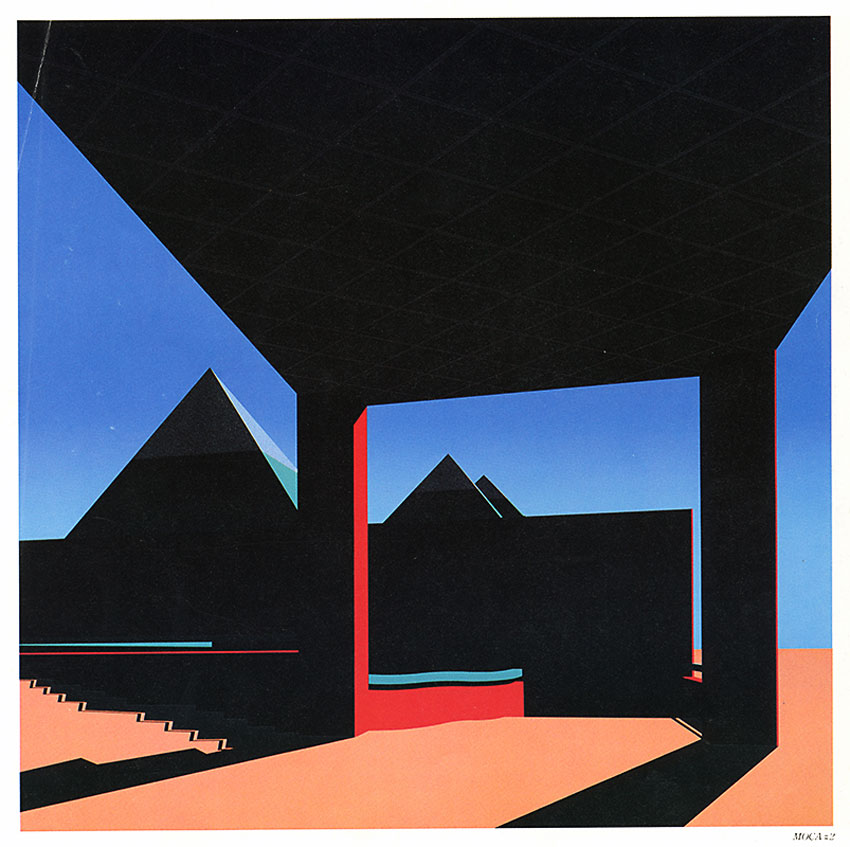 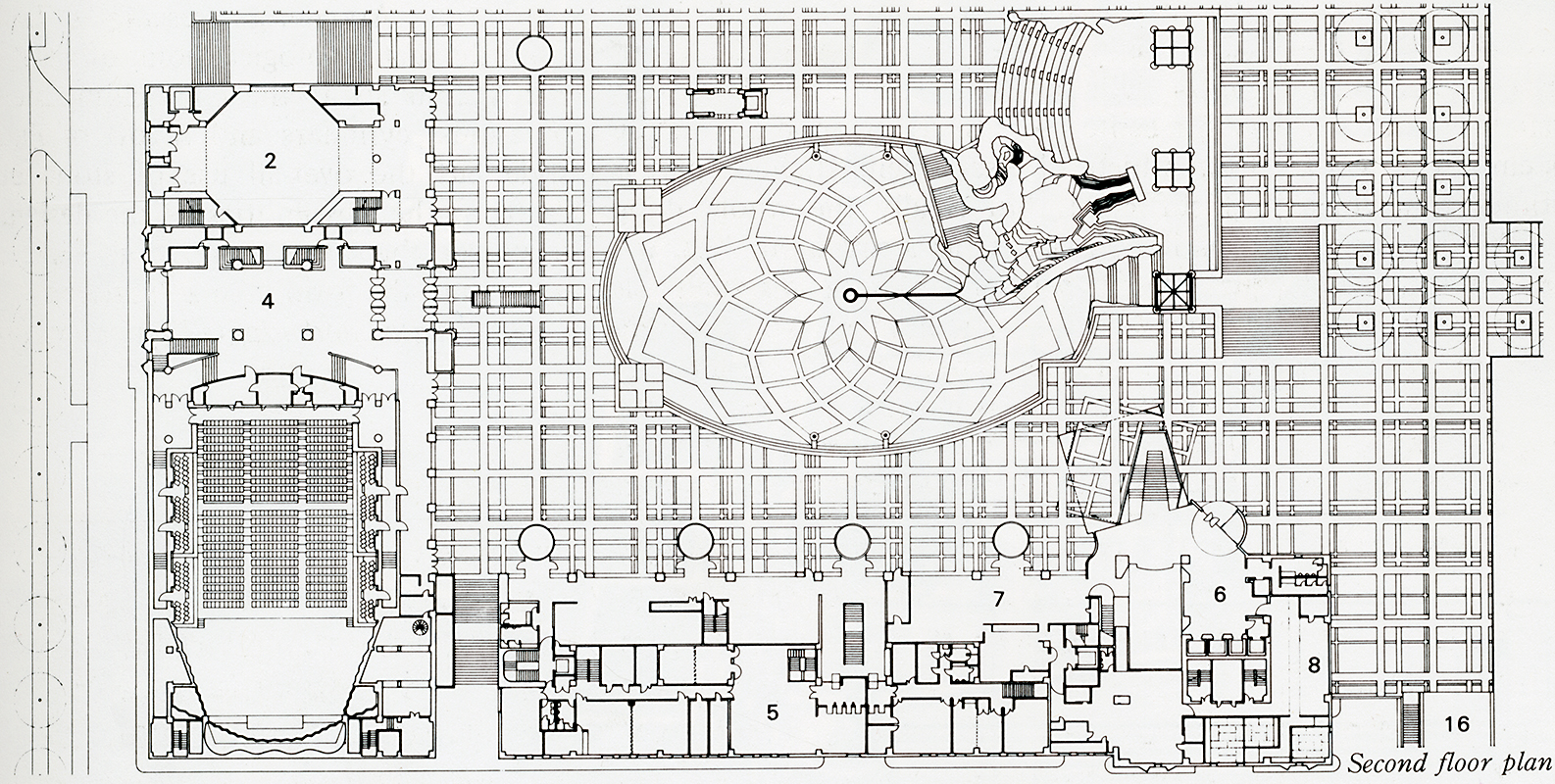 Arata Isozaki (1931) is a Japanese architect, urban designer, and theorist from Ōita. He was awarded the RIBA Gold Medal in 1986 and the Pritzker Architecture Prize in 2019.  In 1954, he graduated from the University of Tokyo where he majored in Architecture and Engineering. This was followed by a doctoral program in architecture from the same university. Isozaki also worked under Kenzo Tange before establishing his own firm in 1963.

Isozaki’s early projects were influenced by European experiences with a style mixed between “New Brutalism” a “Metabolist Architecture”, according to Reyner Banham. Despite designing buildings both inside and outside Japan, Isozaki has been described as an architect who refuses to be stuck in one architectural style, highlighting “how each of his designs is a specific solution born out of the project’s context.”

Other works from Arata Isozaki