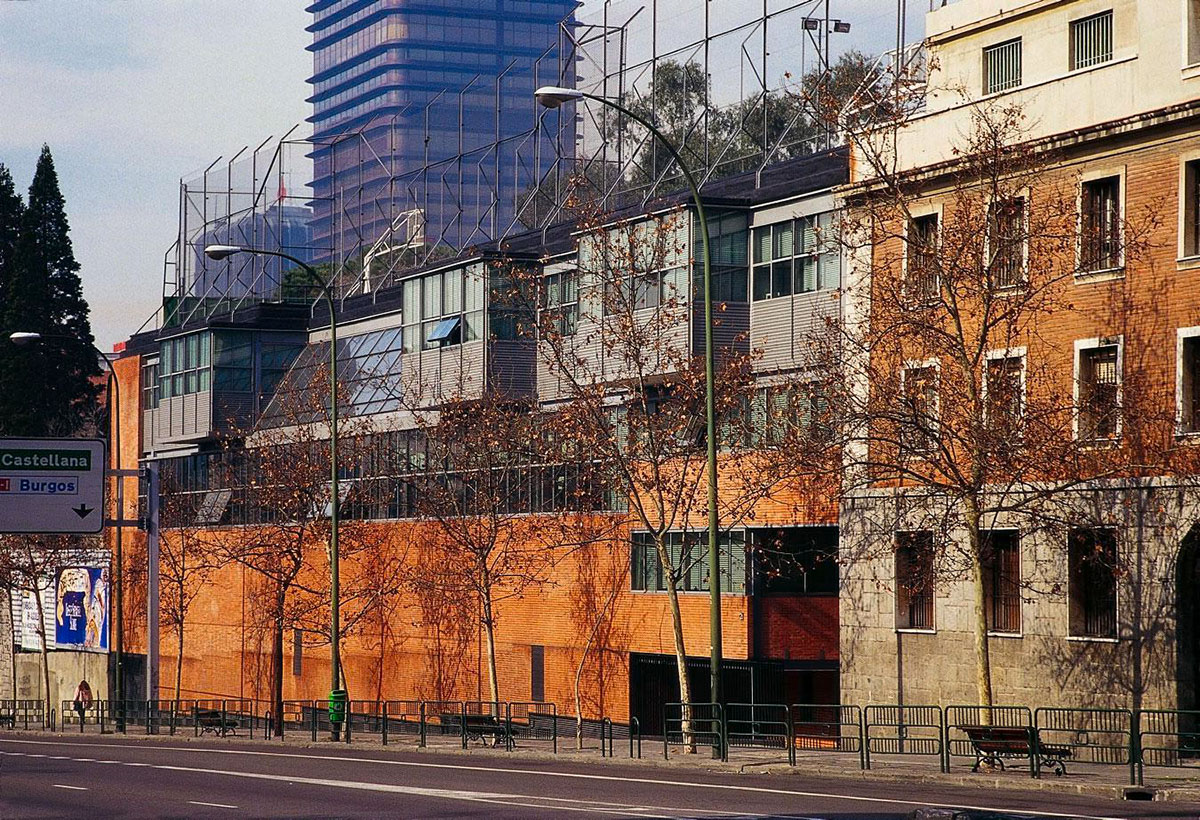 Alejandro de la Sota was a promoter of industrialization of construction in the 1960s; his Maravillas gymnasium of 1961 was the first steel-framed building in Madrid. The buildings of Sota combine geometric rigor with constructive sincerity and a structural boldness of form that still surprises today.

The substantial height difference between the playground on the calle Guadalquivir and the one on calle Costa was taken into account. Skylights were thus installed to shed natural, uniform daytime lighting on the whole area. While possibly more expensive, the need for this solution was obvious given the amount of productive surface area generated in such a small space.

Once accepted, we designed the girders-bridging beams with 20 m spans- as the most appropriate solution assuming that, as in this case, the utilisation of the resulting spaces would be maximised. The large gymnasium volume has a polygonal roof to generate the large volumes of the three central meetings rooms in the building. The gymnasium can be viewed from various points on all of these floors thanks to the design of the voids, windows and the balconies cantilevering over it, which have to bestow a sense of movement to this wall. 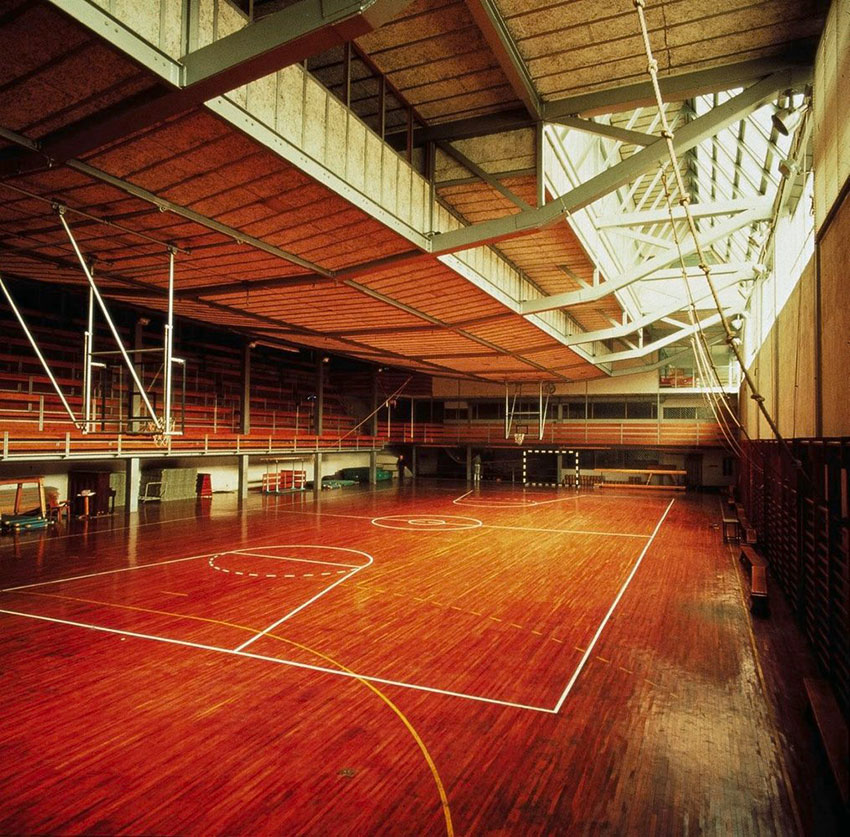 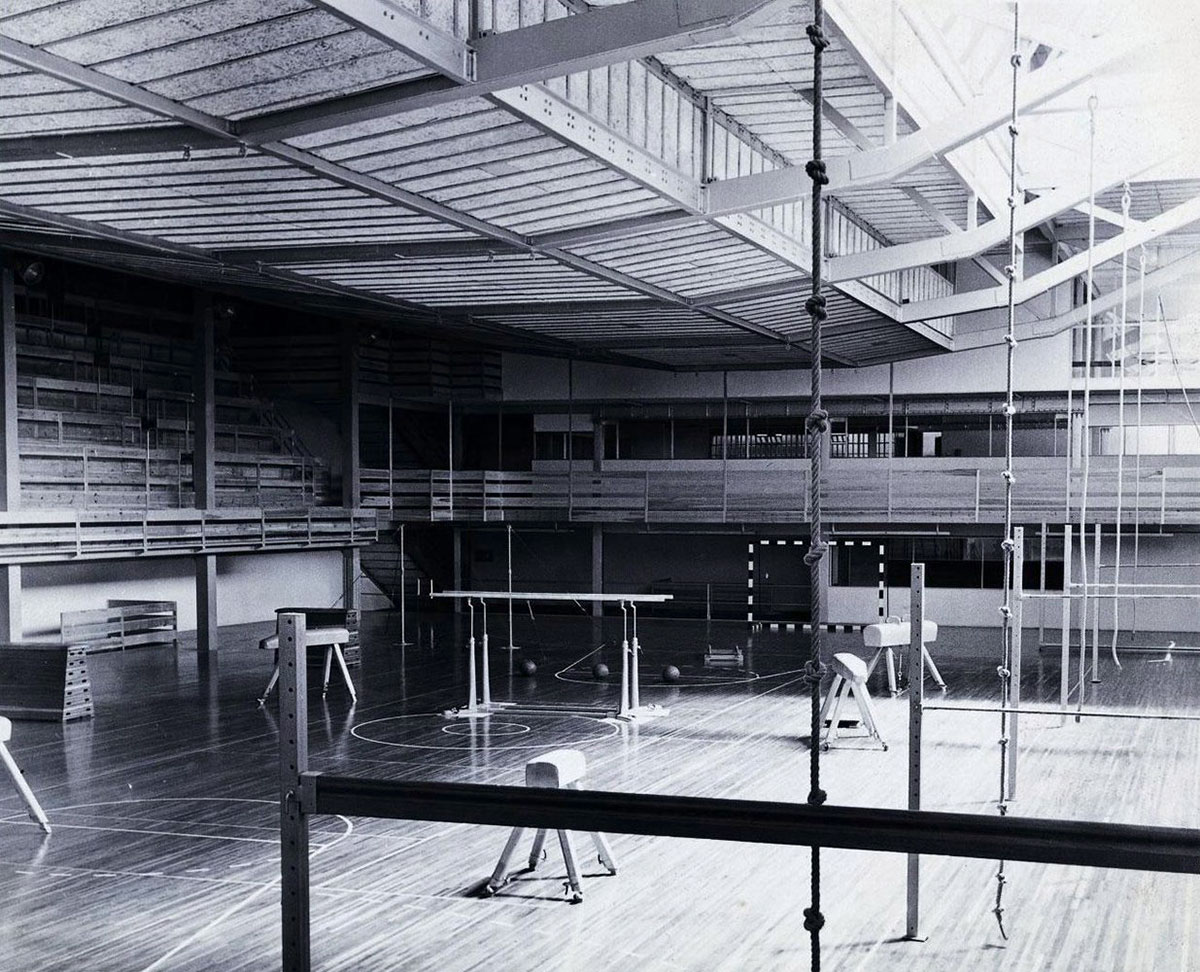 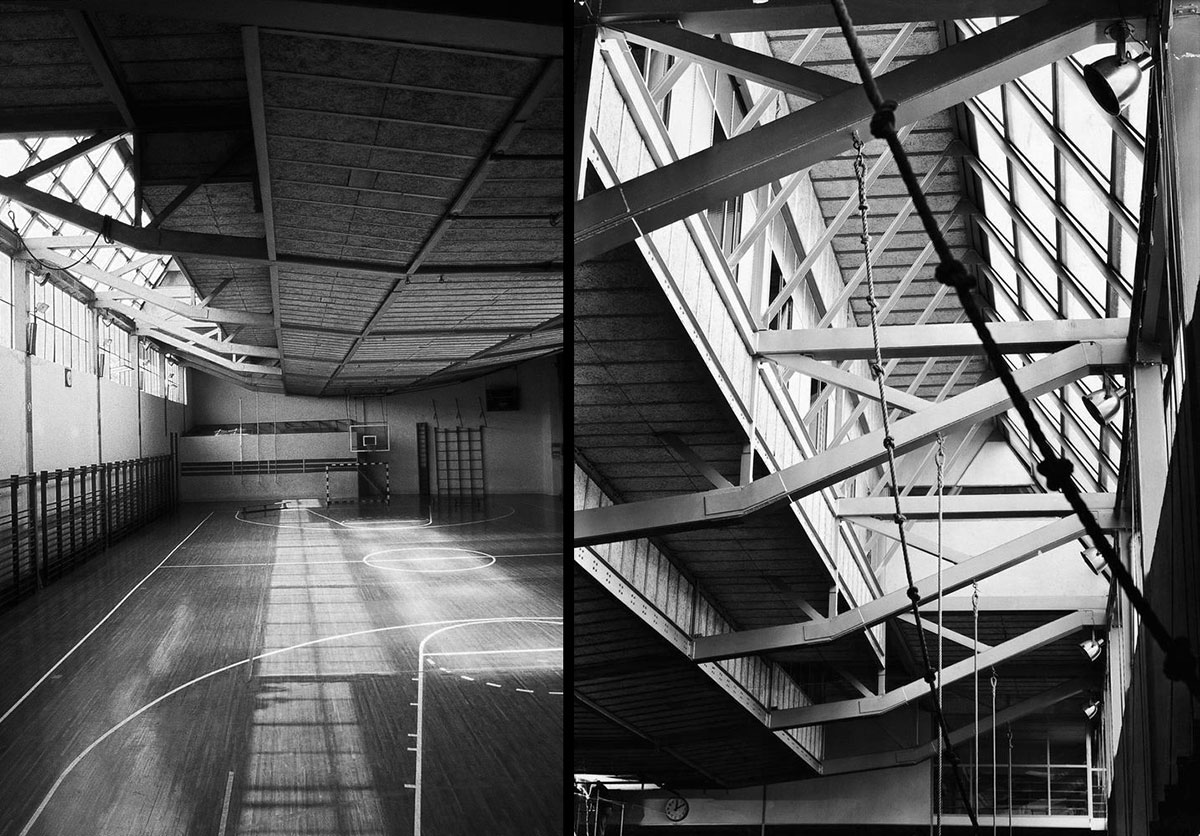 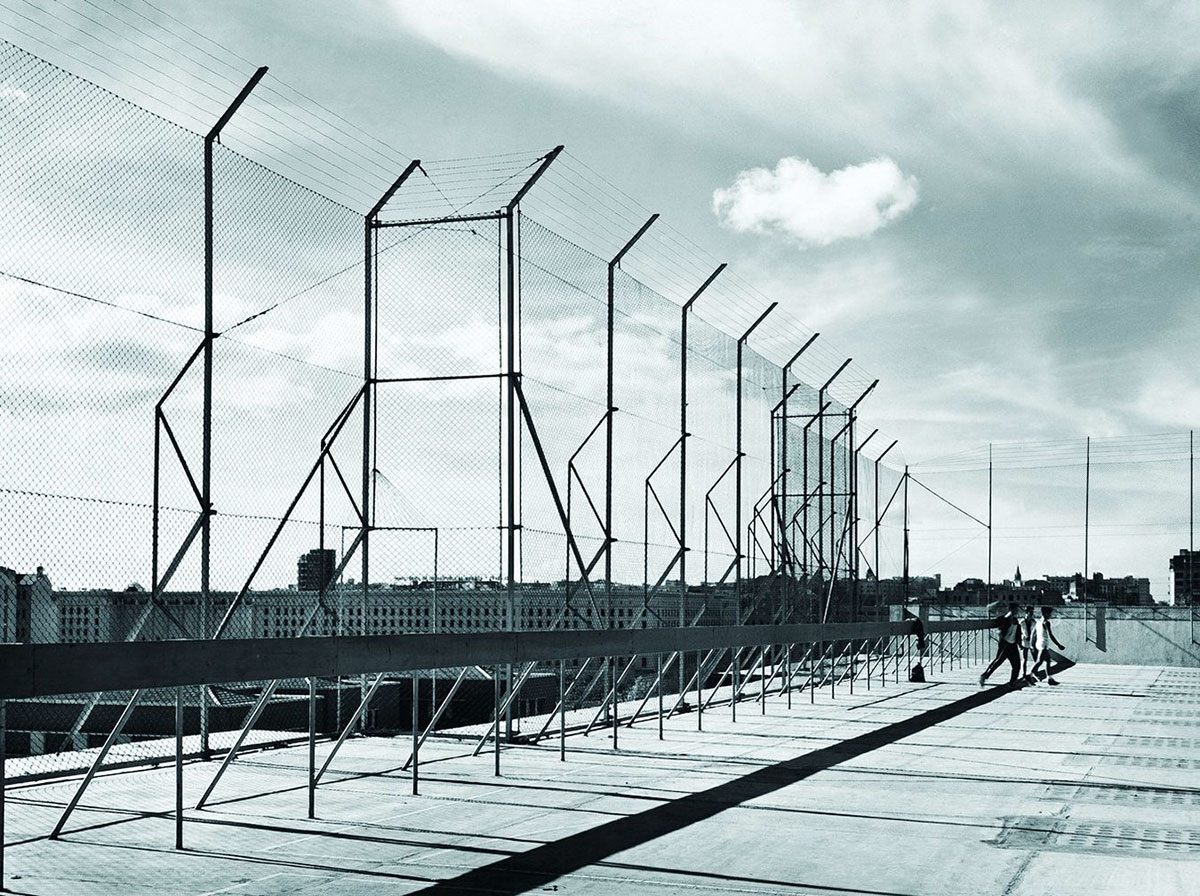 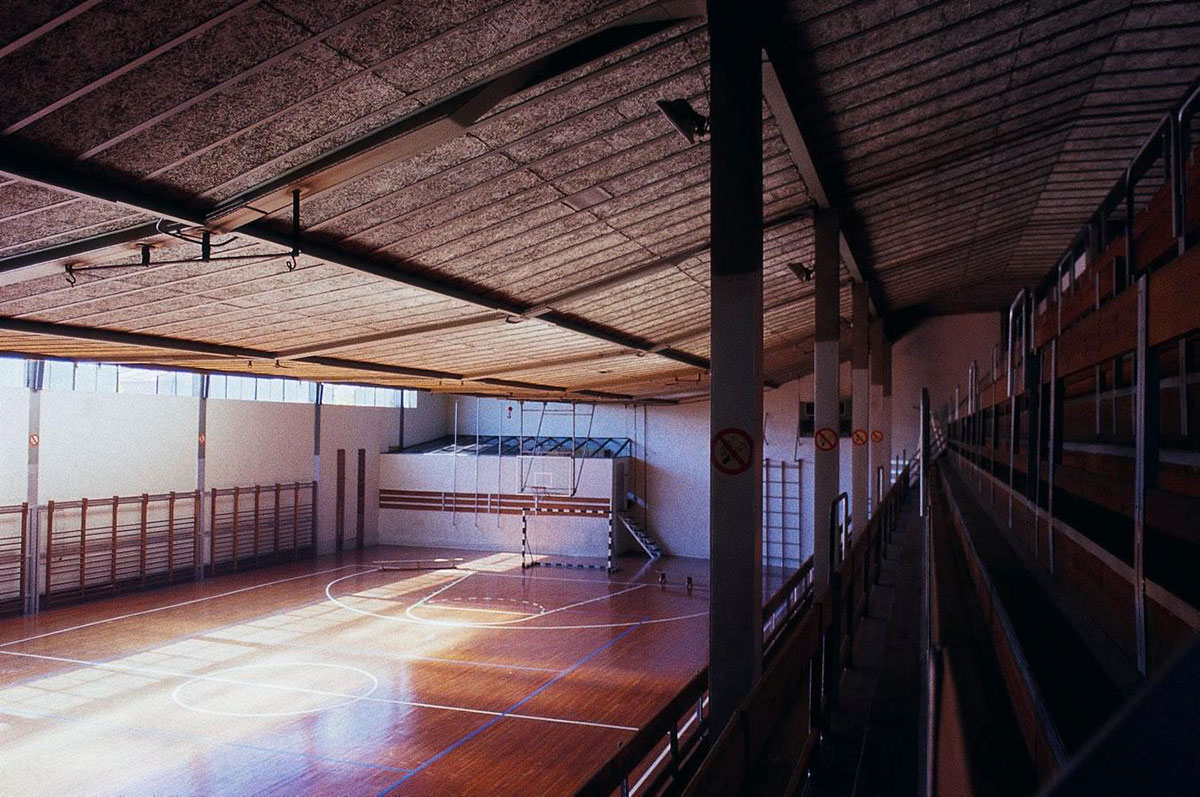 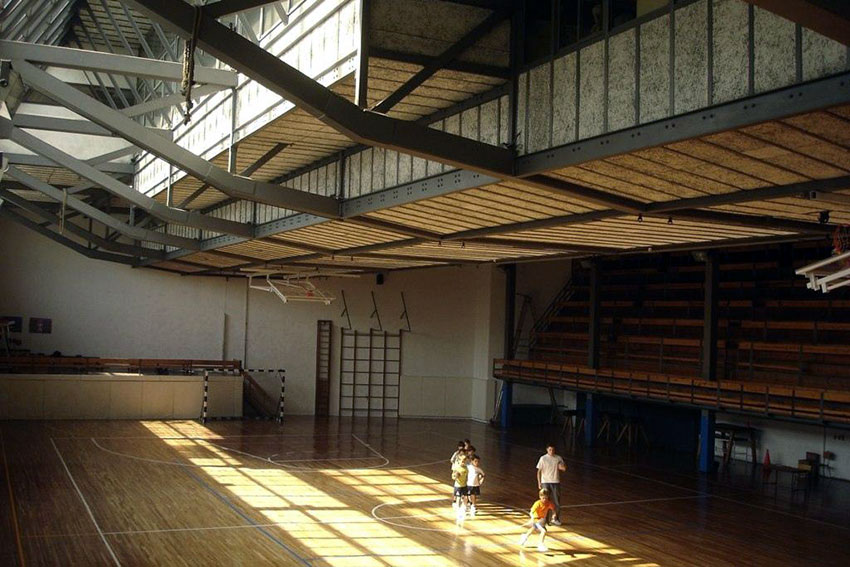 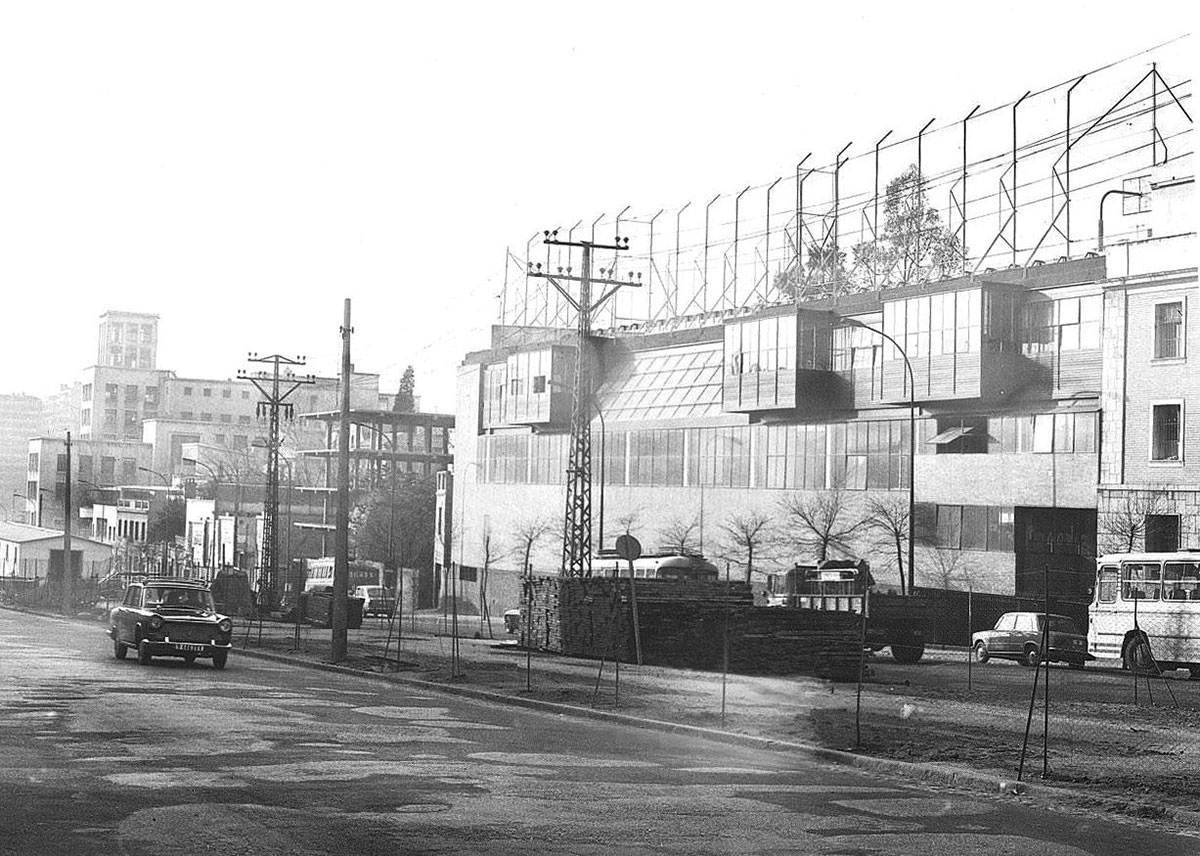 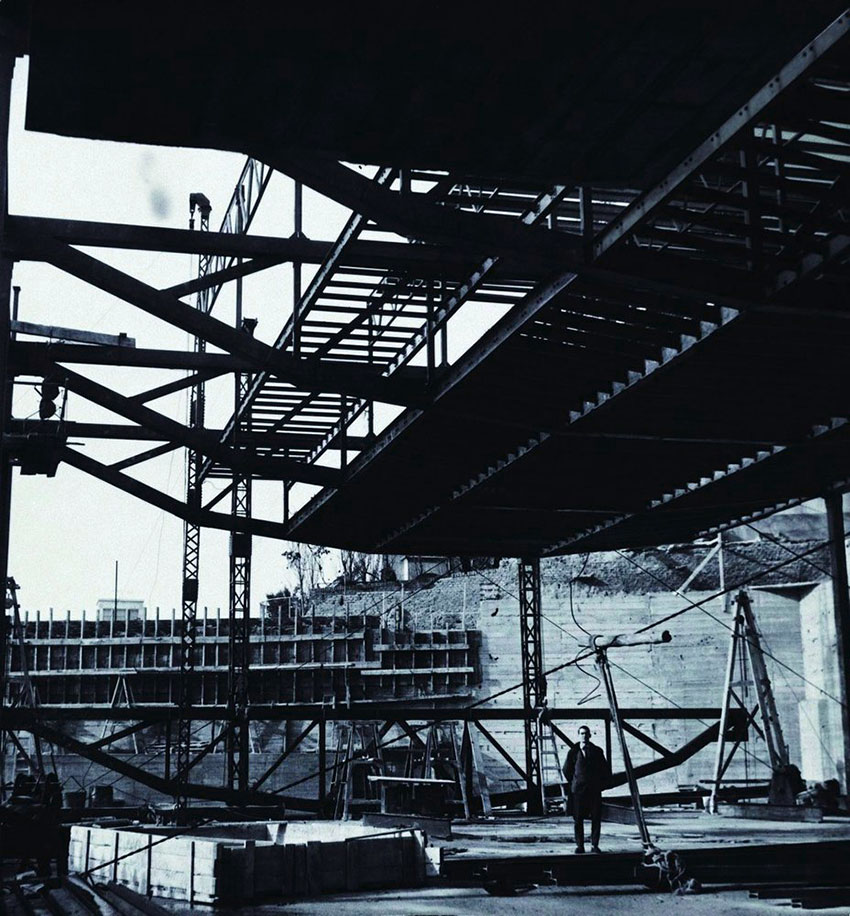 About the Construction System

The choice of concrete for the structure of the basement plane and steel for the rest of the construction is clearly understandable. “Viroterm” slabs were deemed to be the ideal material for all the gymnasium floor slabs. Skylights are inserted in these slabs, composed of translucent concrete paving to insulate the skylights that will illuminate the spaces below by means of panes of horizontal and sloping glass to absorb the noise. The walls along the street are in “Presec” concrete blocks resting on laminated steel L shapes welded to the rigid frame columns. 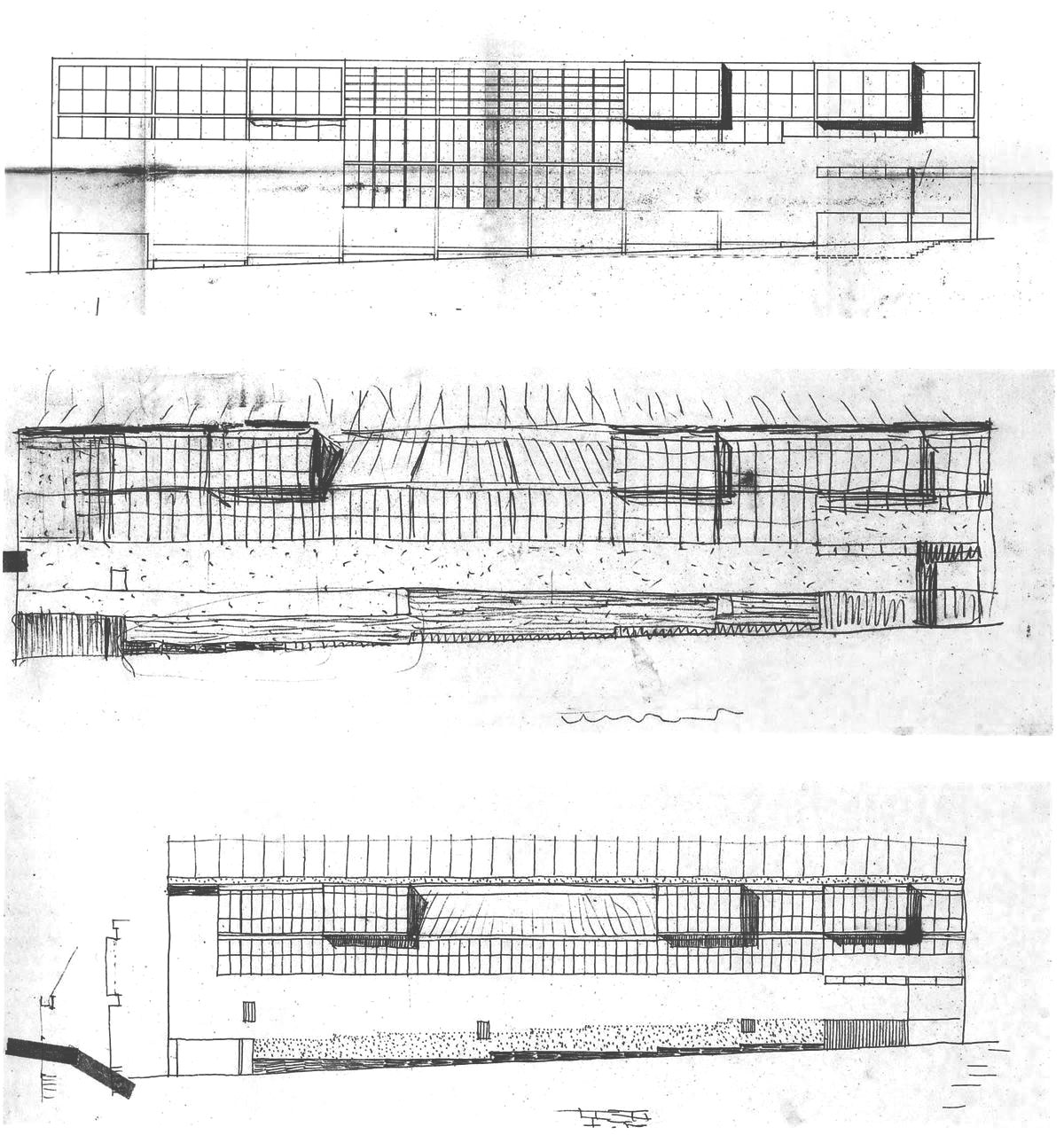 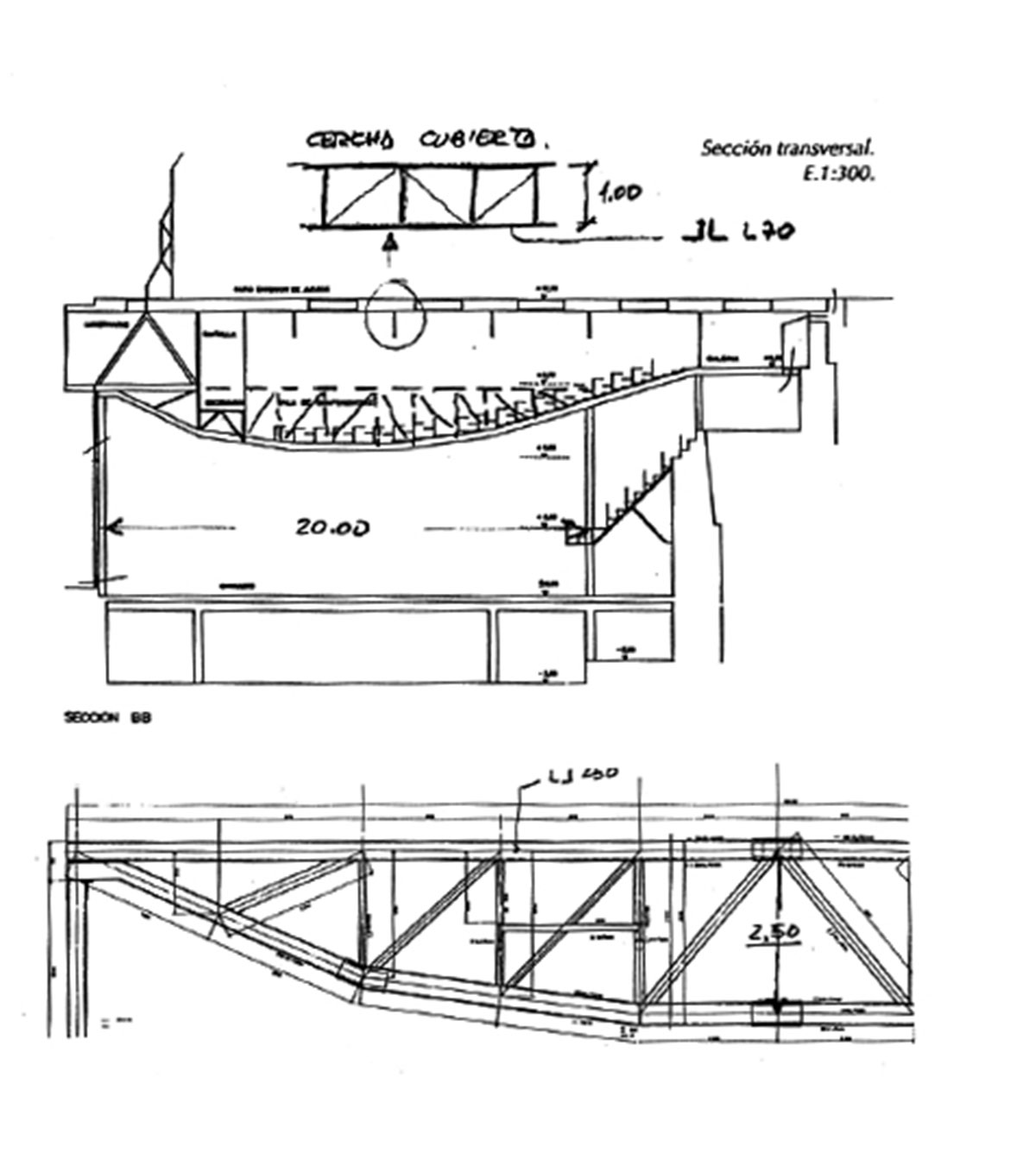 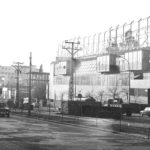 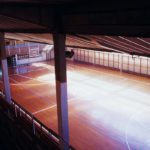 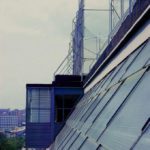 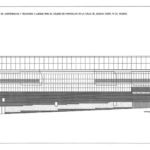 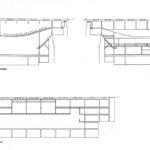 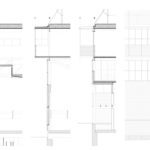 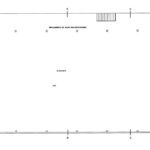 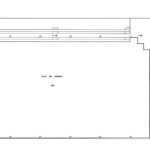 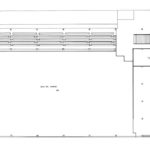 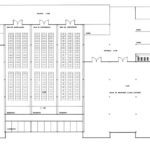 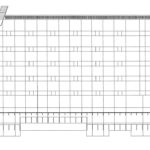 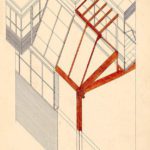 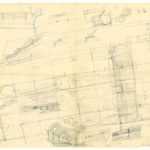 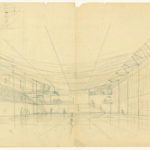 Alejandro de la Sota (Pontevedra, 1913; Madrid 1996) is one of the greatest masters of  the Spanish Architecture of the 20th Century. He was a professor at the School of Architecture of Madrid (ETSAM),  serving its trail as a reference for several  generations of Spanish architects.

During the thirties, he moved from his home town Pontevedra to Madrid where he started his studies in the Faculty of Mathematics, which was a necessary condition to enter in the School of Architecture. Once he got his degree in Architecture in 1941, he spent the first years of his professional life working for the National Institute of Colonization; a stage that ended up with the construction of the village of Esquivel (Sevilla, 1952-1963) and Arvesú House(Madrid, 1953-1955, demolished).

Since then, he participated in different competitions, following the same idea as he did in his previous work, the Civil Government of Tarragona (1957-1964). This building has been considered by many people his first masterpiece. During this prolific period he did several projects of modern industrial architecture, such as Clesa Dairy Plant (Madrid, 1958-1961) and CENIM premises in the Campus of the University (Madrid, 1963-1965) and he also built his most recognized and admired work, the Gymnasium of Maravillas School (Madrid, 1960-1962); which is considered by the British critic William Curtis, the most significant work of Contemporary Spanish Architecture.