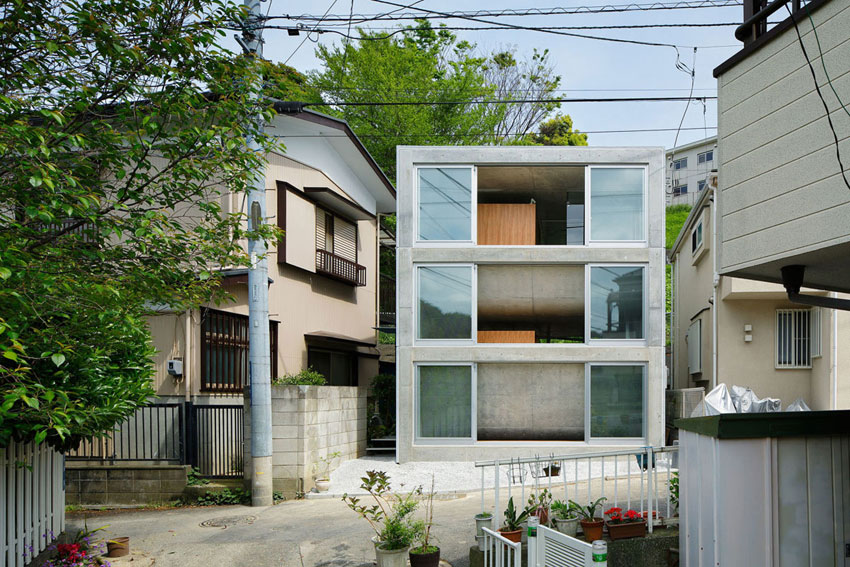 The House in Byoubugaura designed by Japanese Architects Takeshi Hosaka is a single family dwelling in Yokohama in a small plot of just 60 m2 . Curve Walls serve to give intimacy while allowing the entrance of natural light in the interiors.

The design sought to pull in an equal amount of light and wind in section to both the basement and the ground level. The slab on each floor was bent near the exterior to give the same window size to each floor. 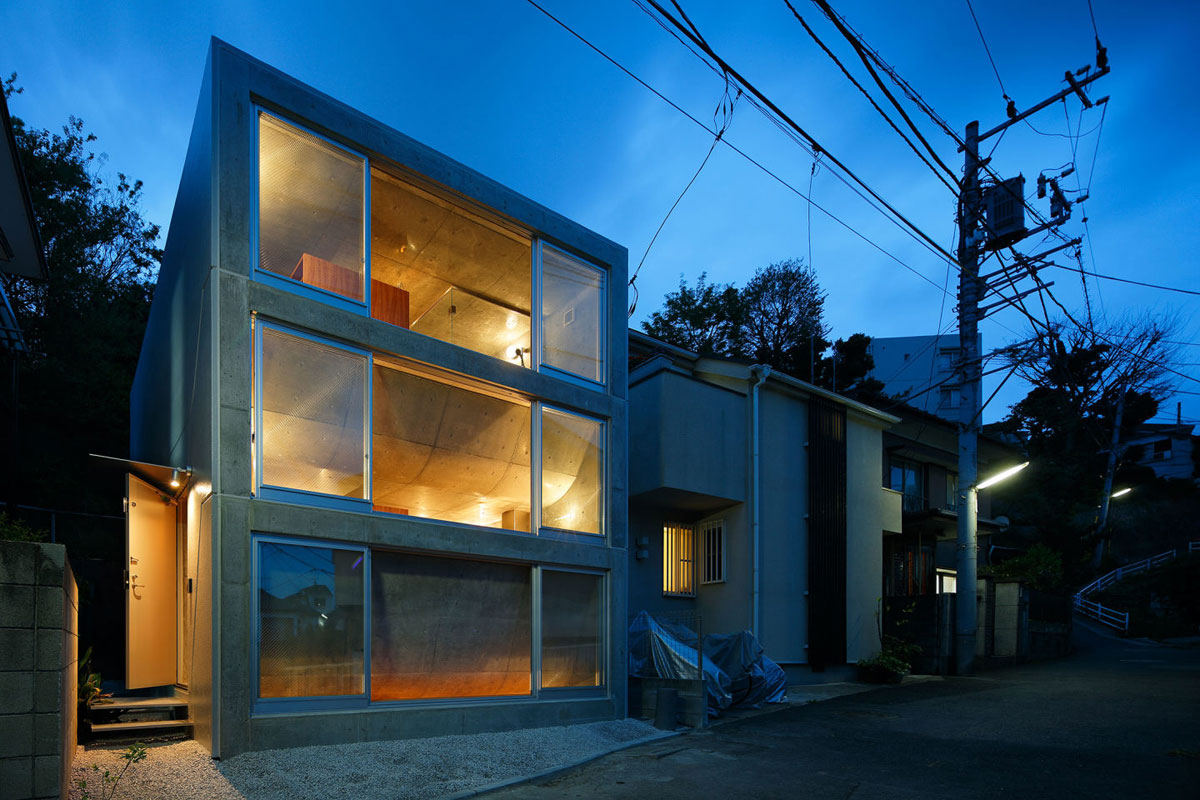 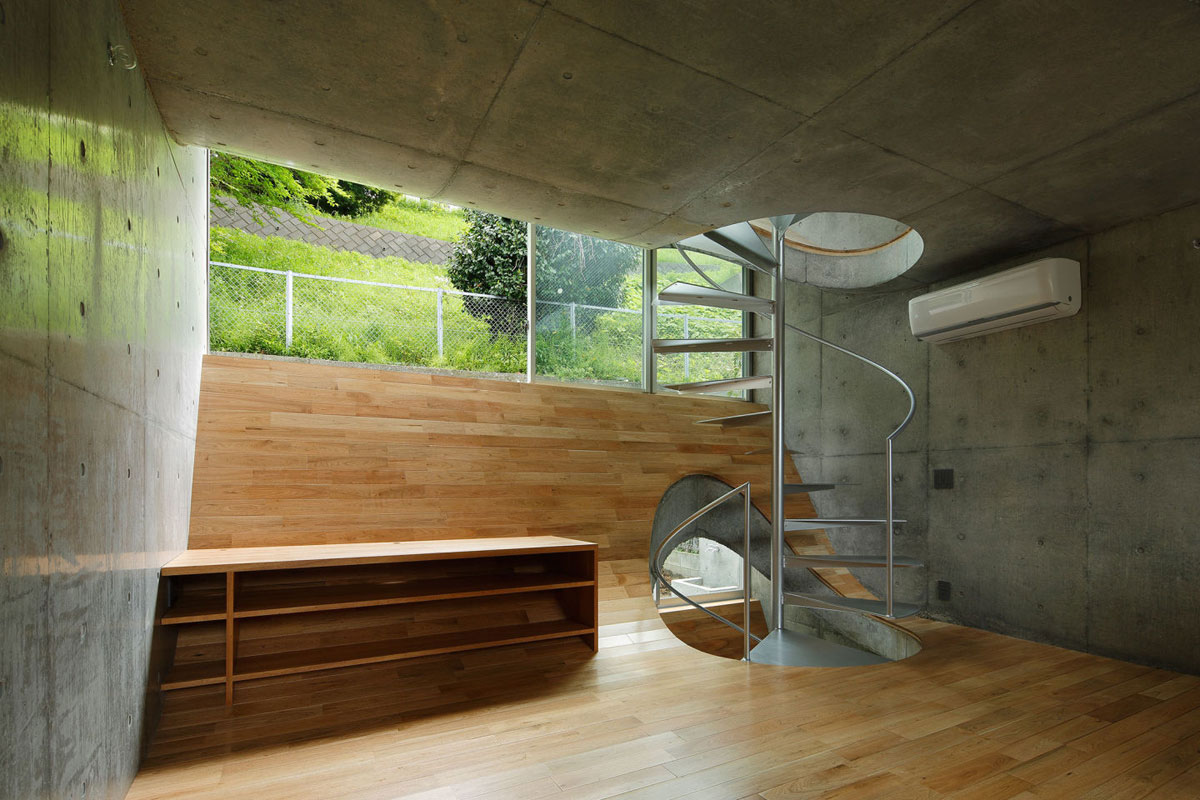 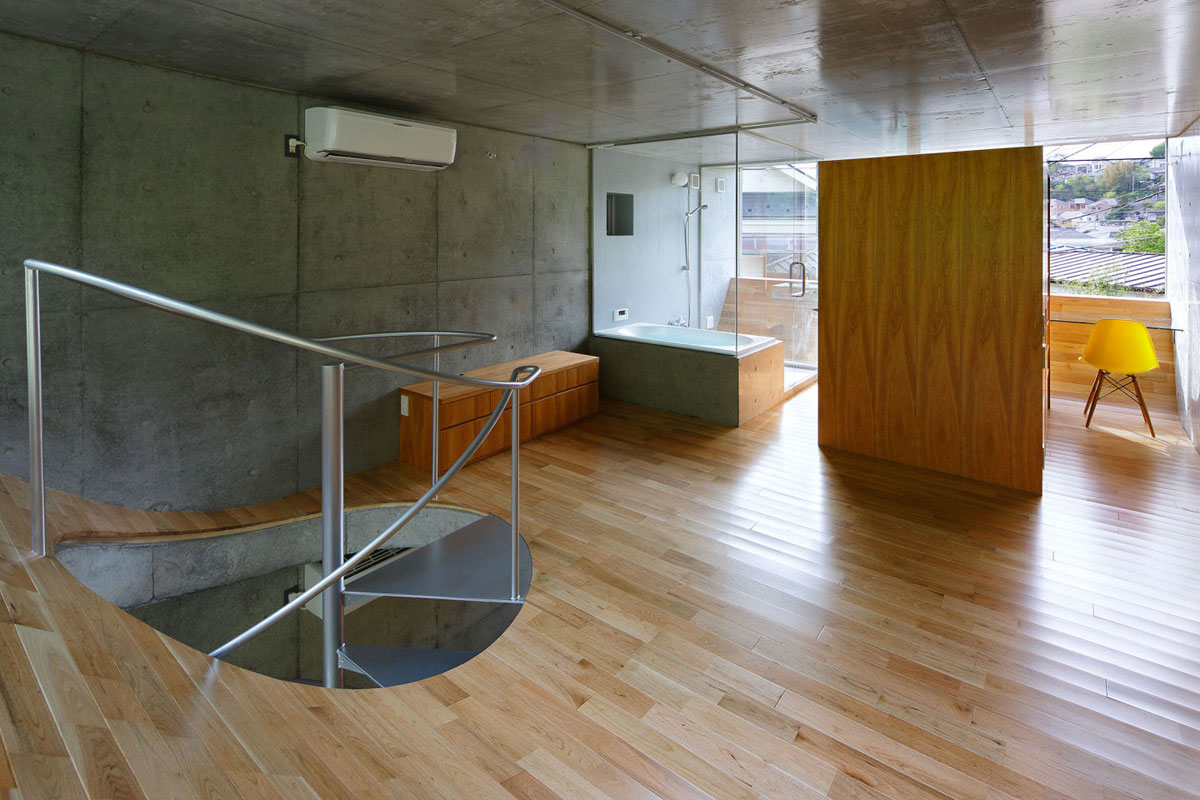 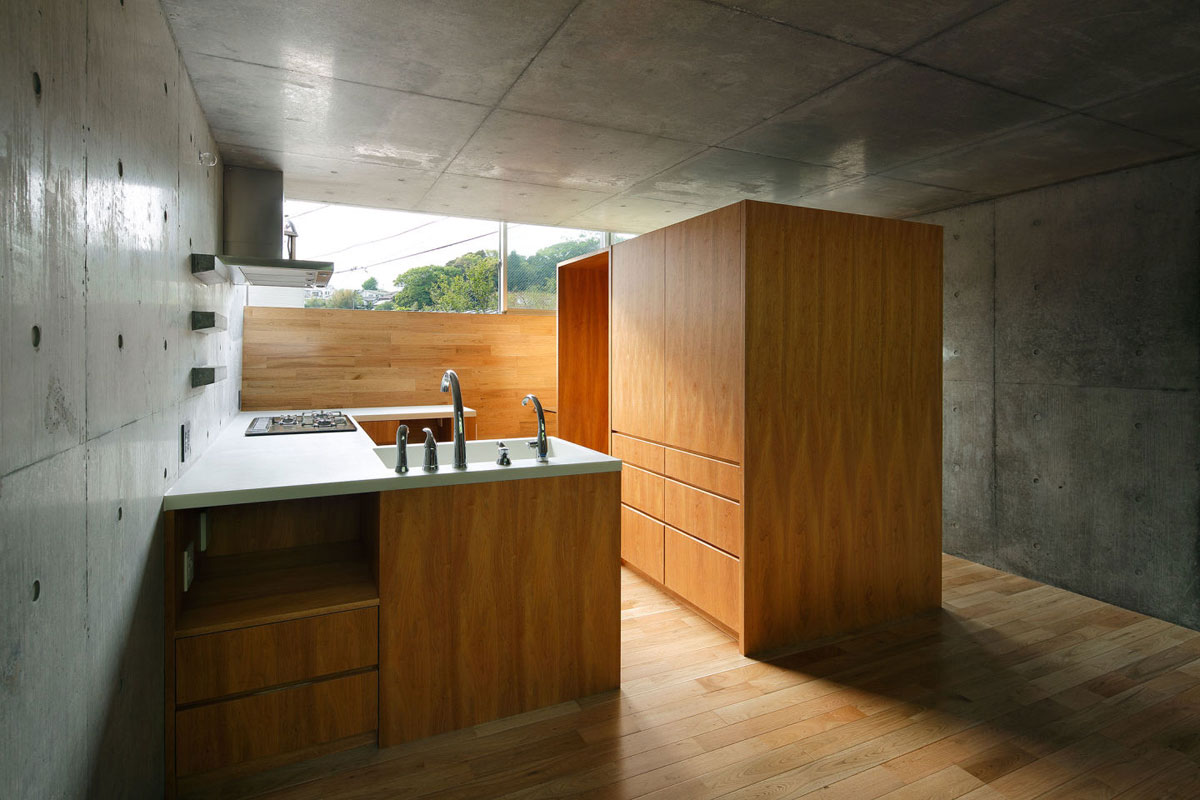 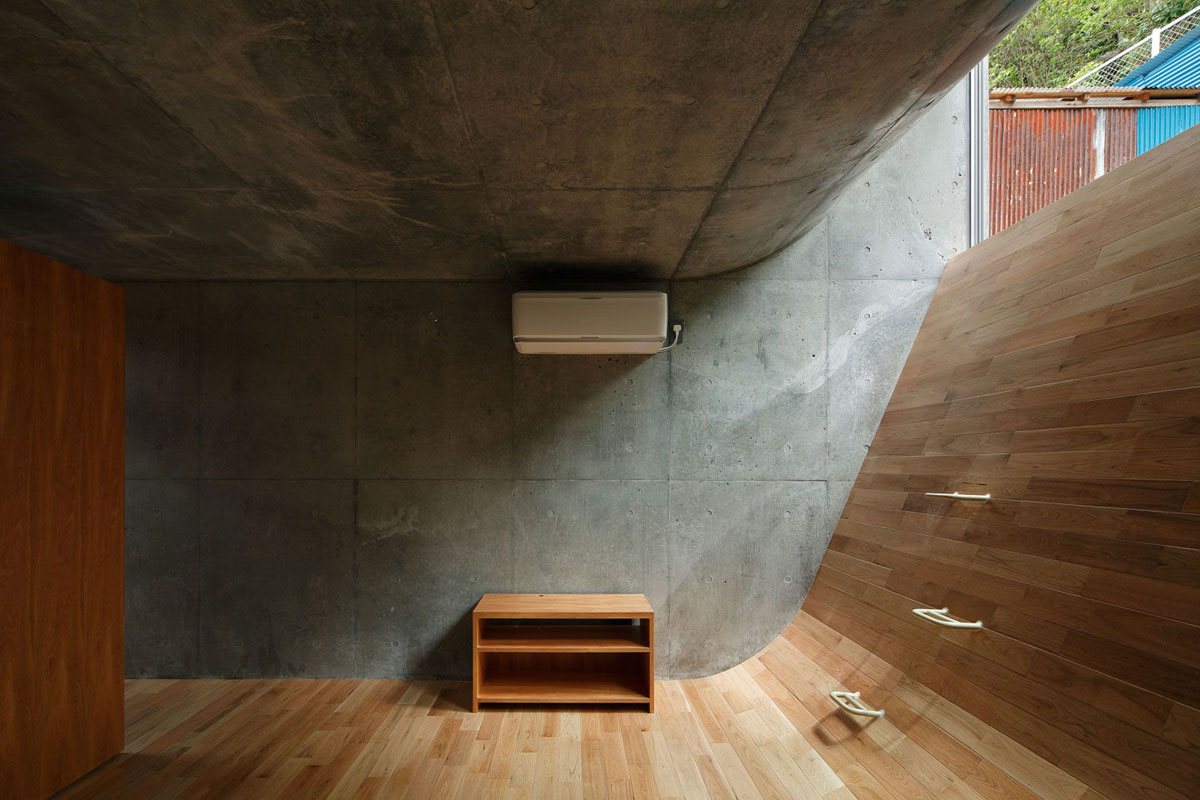 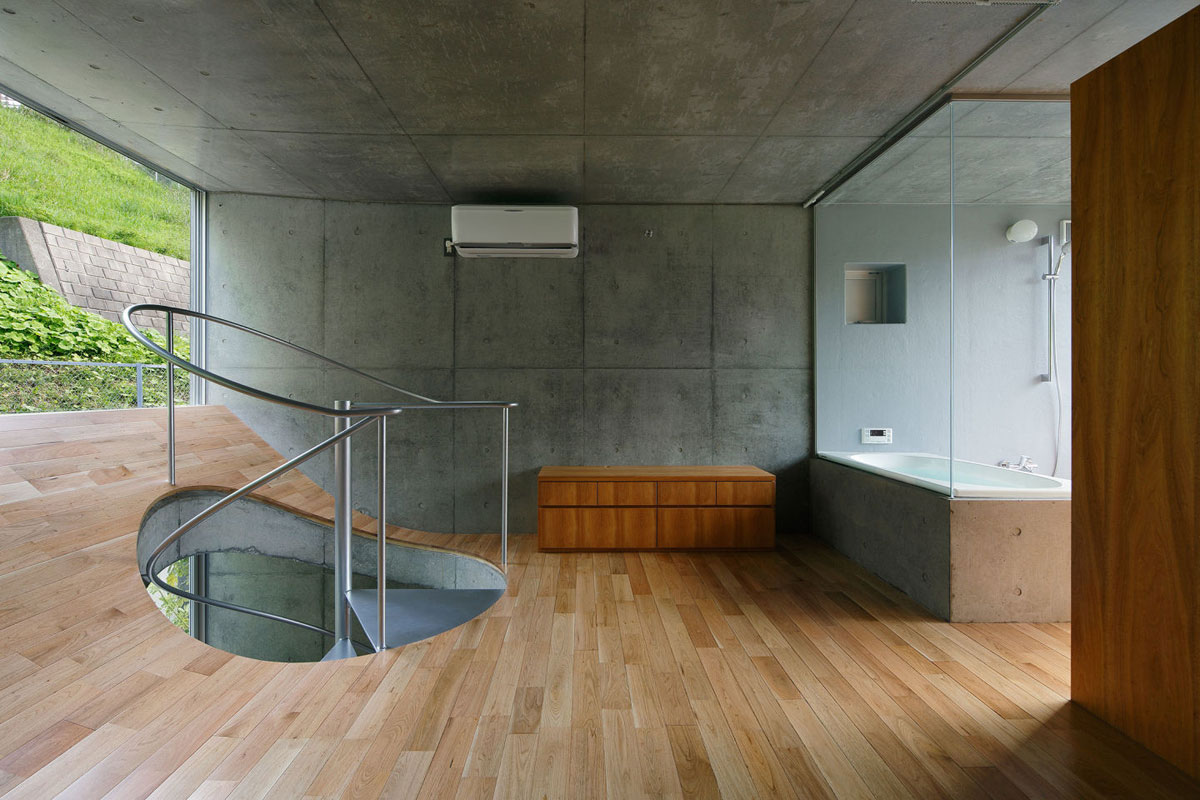 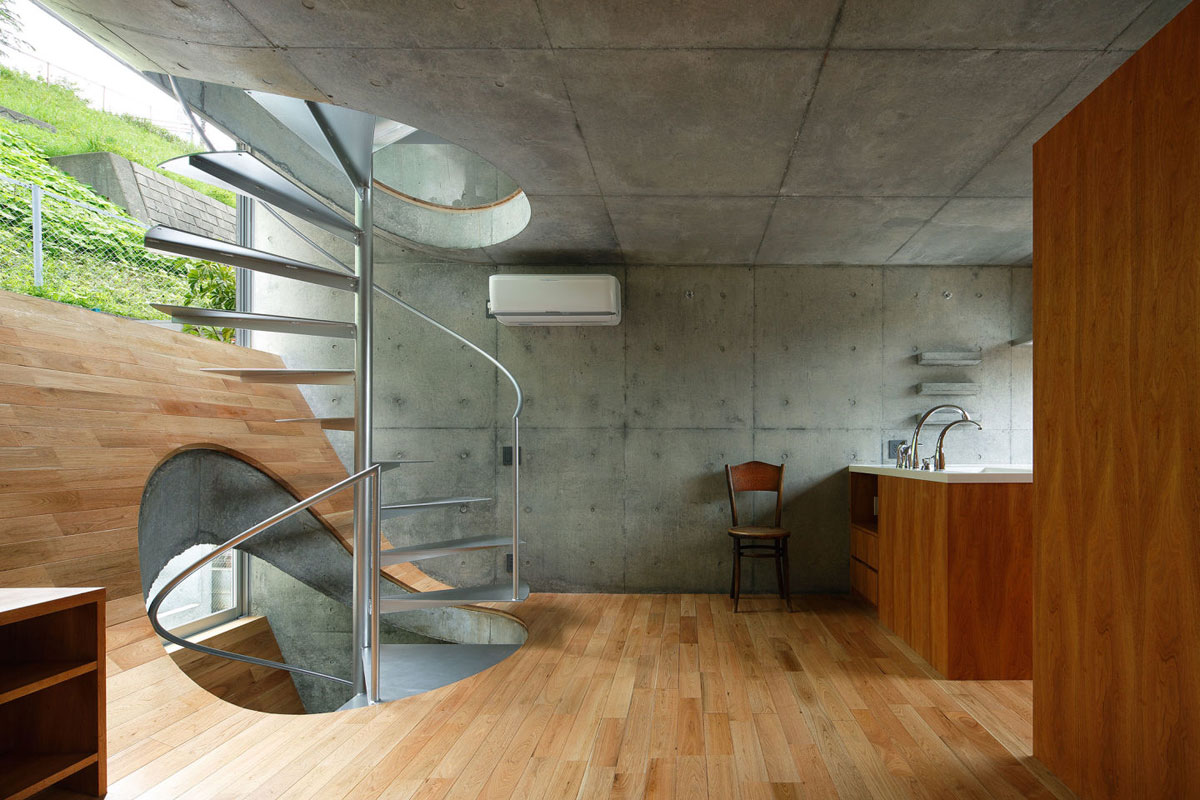 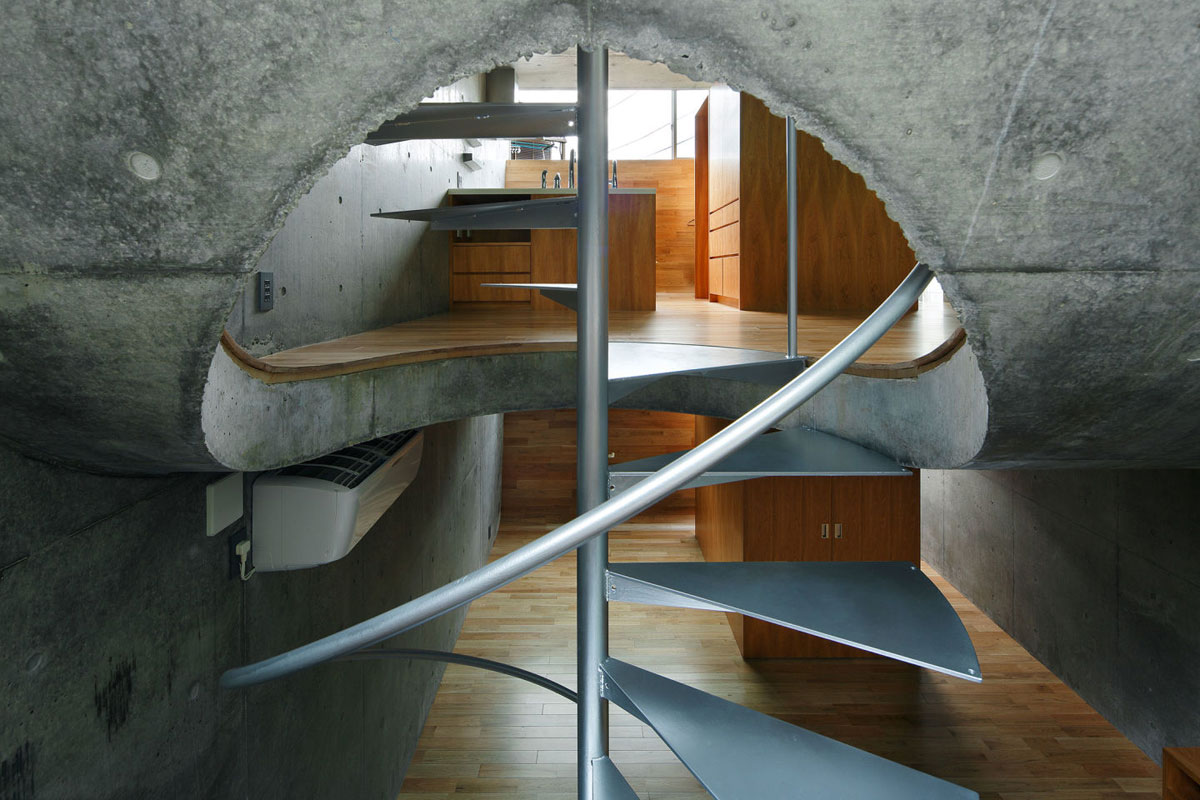 House in Byoubugaura Article from the Architect

A house with a basement and two floors above ground was planned in a residential area in Yokohama, which is characterized by rolling hills. The 60-square meter site is sandwiched by existing houses to the south and the north. On the east side, the site faces a 3m-tall retaining wall. In these ways, the site at first looked like it was buried by the surroundings.

In response, the design sought to pull in an equal amount of light and wind in section to both the basement and the ground level. Each floor was given the same ceiling height. The slab on each floor was bent near the exterior to give the same window size in section to each floor. When looking at the elevation, the same four sliding windows line up as if to indicate that the house, with a height of a two-story building, is three stories tall.

In the basement, a wind unexpected in a room located underground travels from the window on the east to the window on the west. Moreover, the core height of the furniture was set at 300mm below the slab so that the wind would travel above it. The ceiling of the concrete, which gradually rise, invites natural light to the interior. The green of the slope on the east side can be seen at the end of the rising ceiling.

On the first floor, the rising floor blocks view from the street and ensures privacy, while also inviting light and wind from outside. In addition, the oppressive feeling exuded by the 3m-tall retaining wall on the east side is skillfully minimized by the rising floor, directing the eye to the green that is beyond. An acryl was used for the toilet’s ceiling, located in the core furniture of the first floor, allowing natural light to enter even though it is placed at the center of the floor.

The second floor gradually slopes to provide a comfortable space as if to replicate the hills outside. The roof slab is also slightly bent. This was done to prevent the rainwater that collects on the parapet-less roof from flowing to the windows. The water that is collected at the center travels to the ground through the slit on the southern wall.

The design sought to build a house with one basement floor and two stories above ground in which the levels underground and above ground are stacked in an equal way. However, once the framework was completed at the site, everyone began to call the basement the first floor, the first floor the second floor, and the third floor the second floor. In the end, we could not tell which floor was which, giving life to a very intriguing house in which you are above the ground while you remain below it. 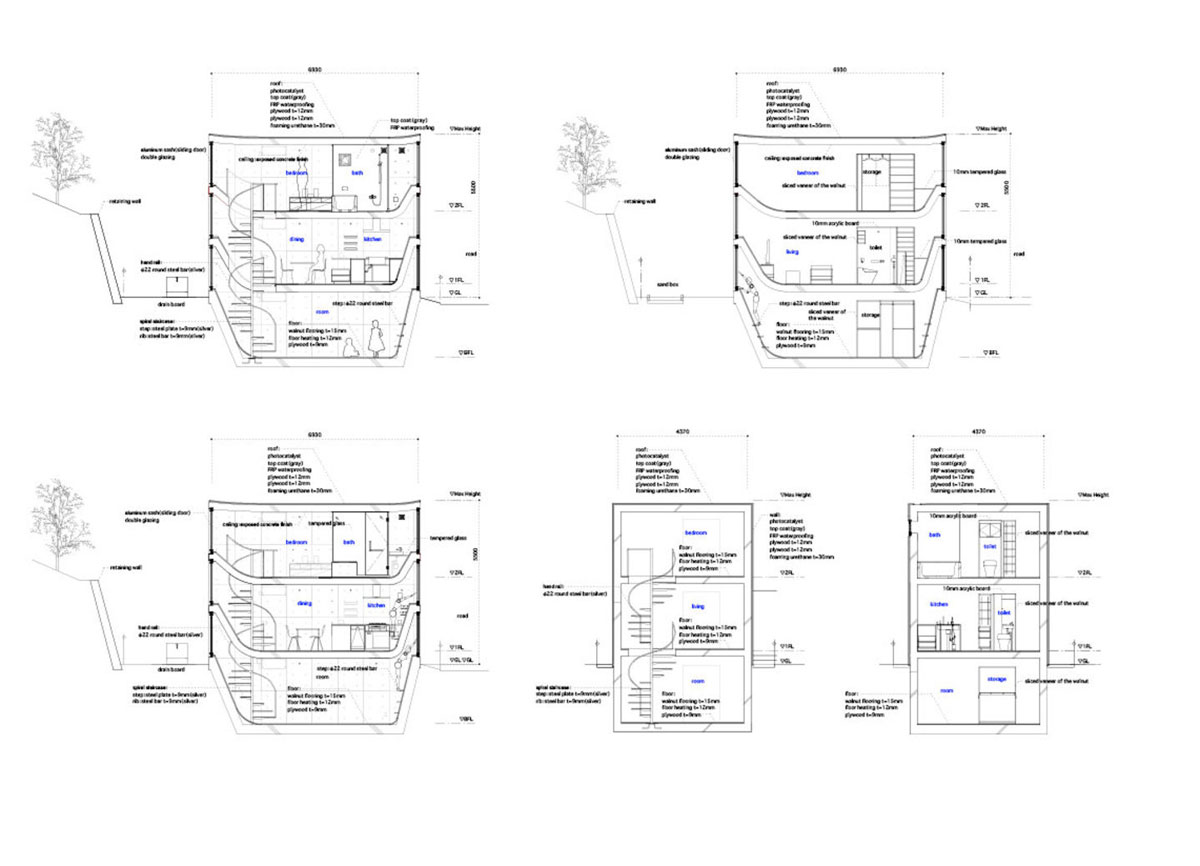 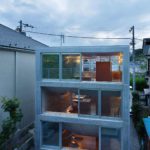 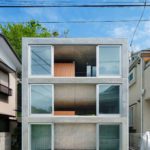 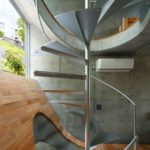 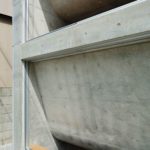 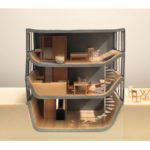 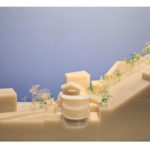 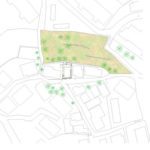 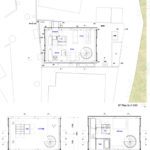 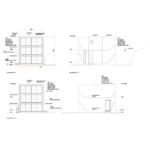 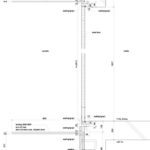 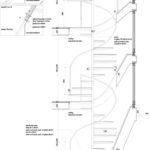 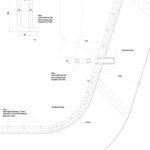