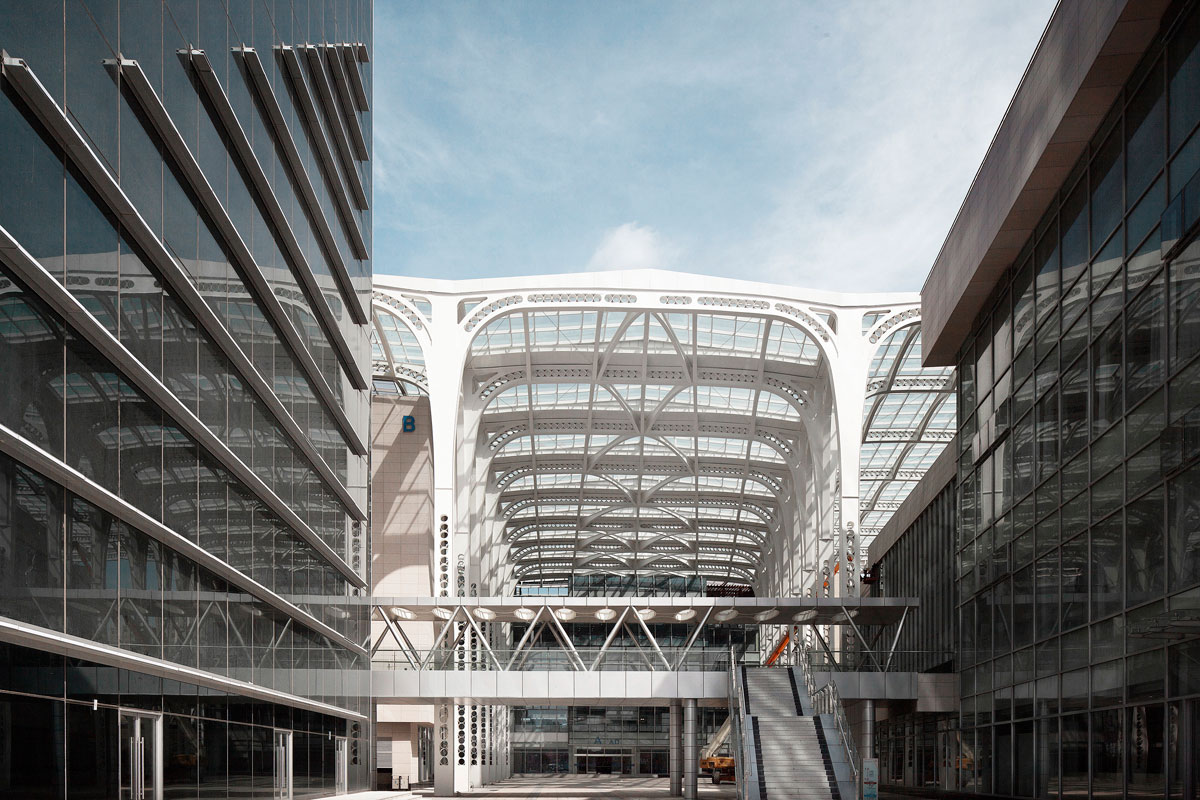 The Fengxian Civic Centre Canopy designed by Atelier GOM and completed in 2015, is a steel and glass architecture structure that aims to activate the public space around a high-rise office area.

Architecture and Environment, have always been two issues of mutual opposition and complement. Environment, as a kind of void, spreads outside the entity, having its own expression, and at the same time bears different functions. 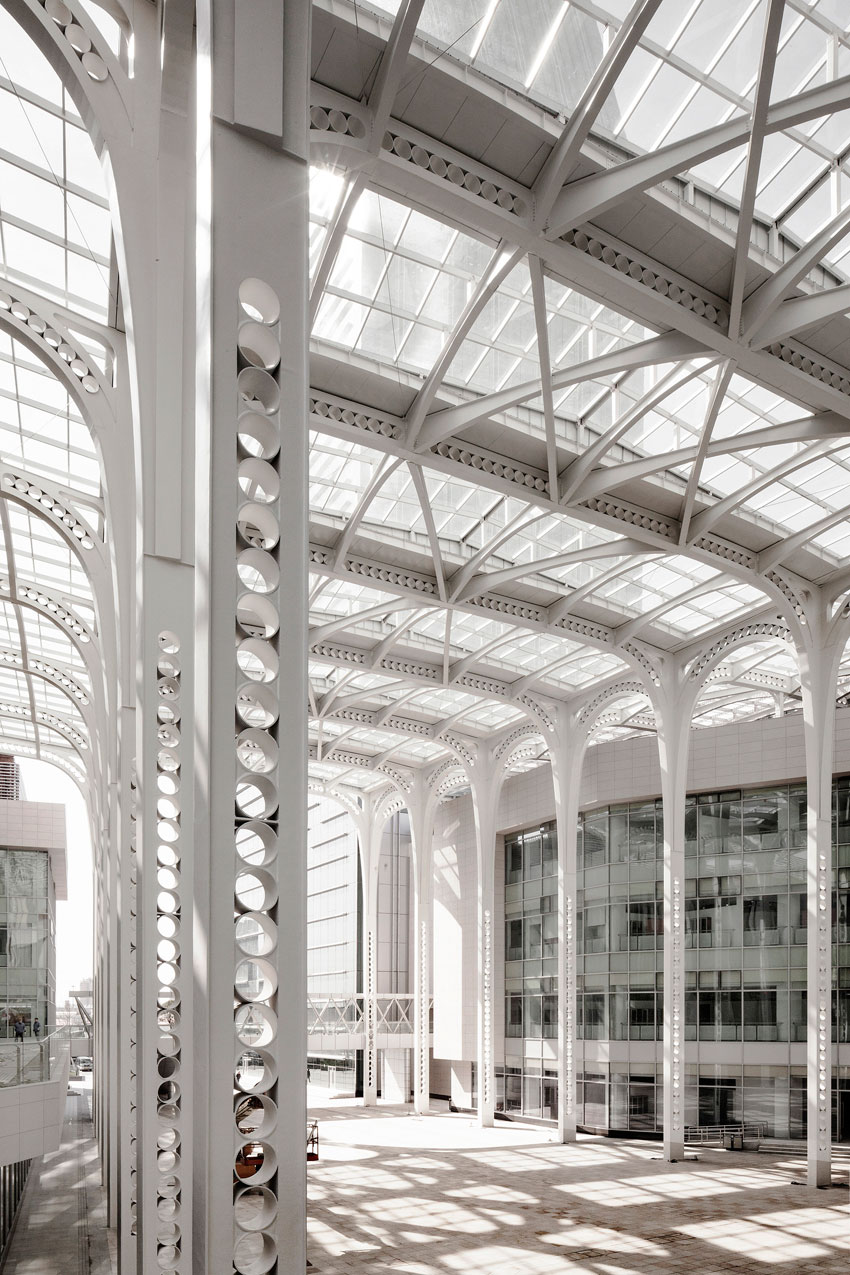 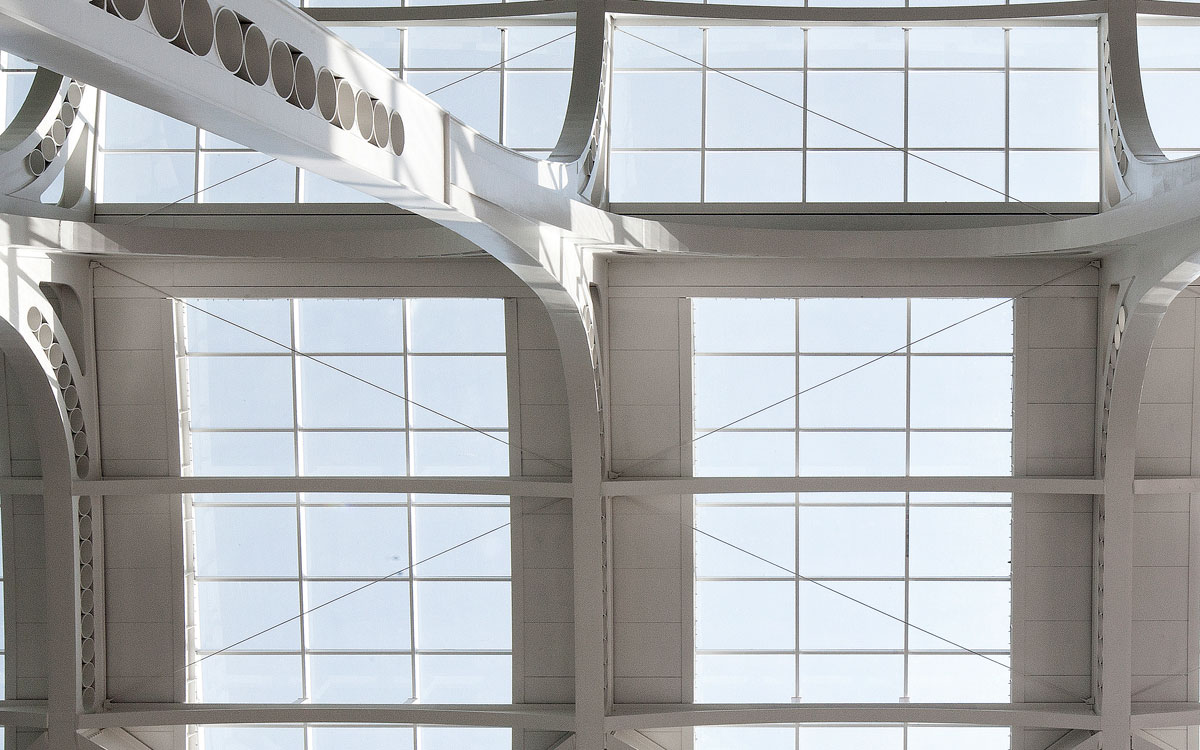 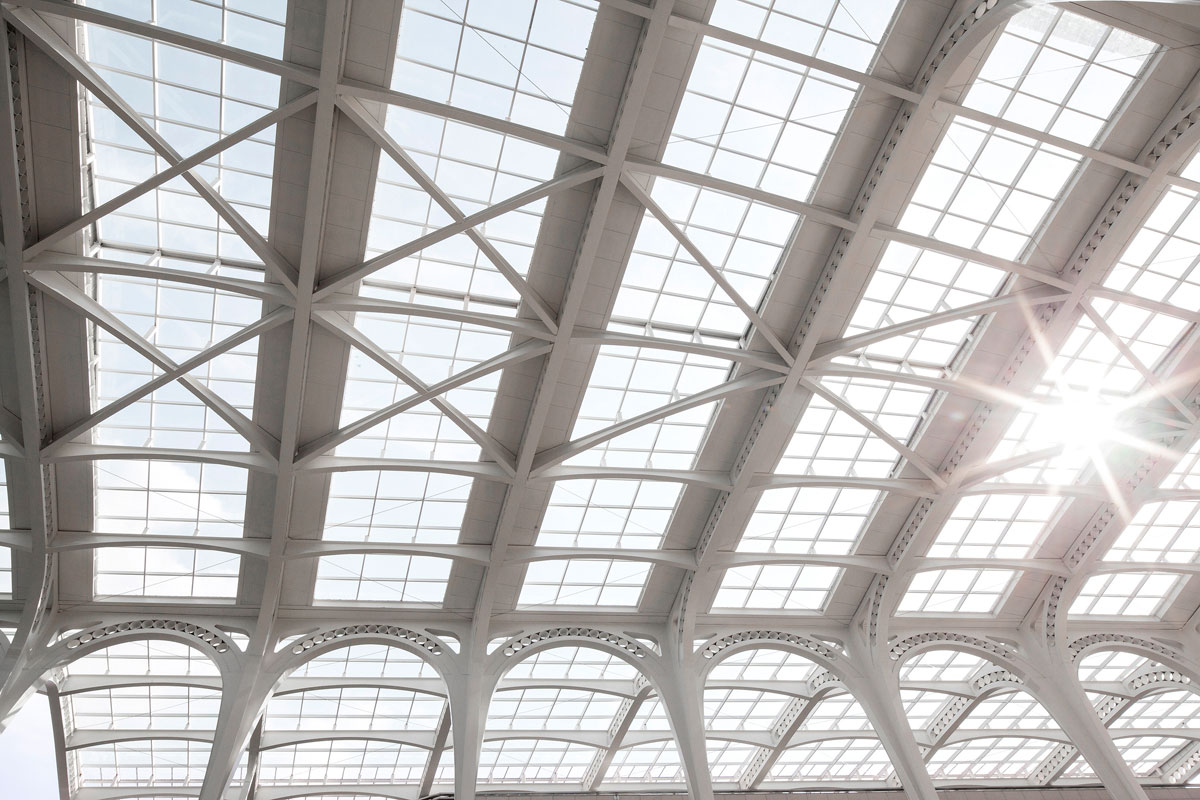 Architecture and Environment, have always been two issues of mutual opposition and complement. Environment, as a kind of void, spreads outside the entity, having its own expression, and at the same time bears different functions. The practice of Fengxian civic center canopy is an effective attempt to respond the void. The project started from the transformation process of the high– rise commercial office complex which is under construction in Nanqiao new town. It is in line with the trend of reusing the excess commercial office spaces in Shanghai.

The core of the design is that how to activate the auxiliary space of the complex by means of construction. The architect makes a gesture of directness and romanticism here, combined with construction techniques, he presents an elegant, and slightly nostalgic technique of aesthetics to the citizens.

At the very start of the design, the concept of ·shelter· is put forward. It is a site strategy which implies a canopy to cover the urban area enclosed by the commercial office complex. In the daytime, it is a shelter space full of sunshine and also protects people in rainy days. In the evening, it could be a dance hall for the citizens. As a void container, it connects different departments around the civic centre, and also having a potential to hold a series of public activities, art exhibition and commercial market.

The choice of the structure style is another core design. Here the structure not only plays the role of load-bearing but also forms the space. The architect wants to influence the space by the beauty of the structure itself. The canopy did not take various popular modern formalism, and finally chose the rational classicism. It is an attitude responding to the complex architectural style on the site. And this classicism is a new attempt under the influence of the modern technology and urban environment. Supported by the structure engineer, two rows of columns of non– parallel did not stand on the columns of the basement which have been built.

The composite column consists of two tubes, two flange, and a series of rings together. Besides the consideration of form, the purpose is to hide gutters and give people a light feeling. In order to overcome the problem of different beam cross-sections of different spans, the architect makes the width of the green strip on roof inversely proportional to the beam width.

The architect also designed a night lighting system and spray device system for cooling in summer for the canopy.

In the sunny days, the sunshine would stream in through the glass and collide with the cross–vault structure. The circular rings make the space lightsome and graceful, and people can have a warm feeling. 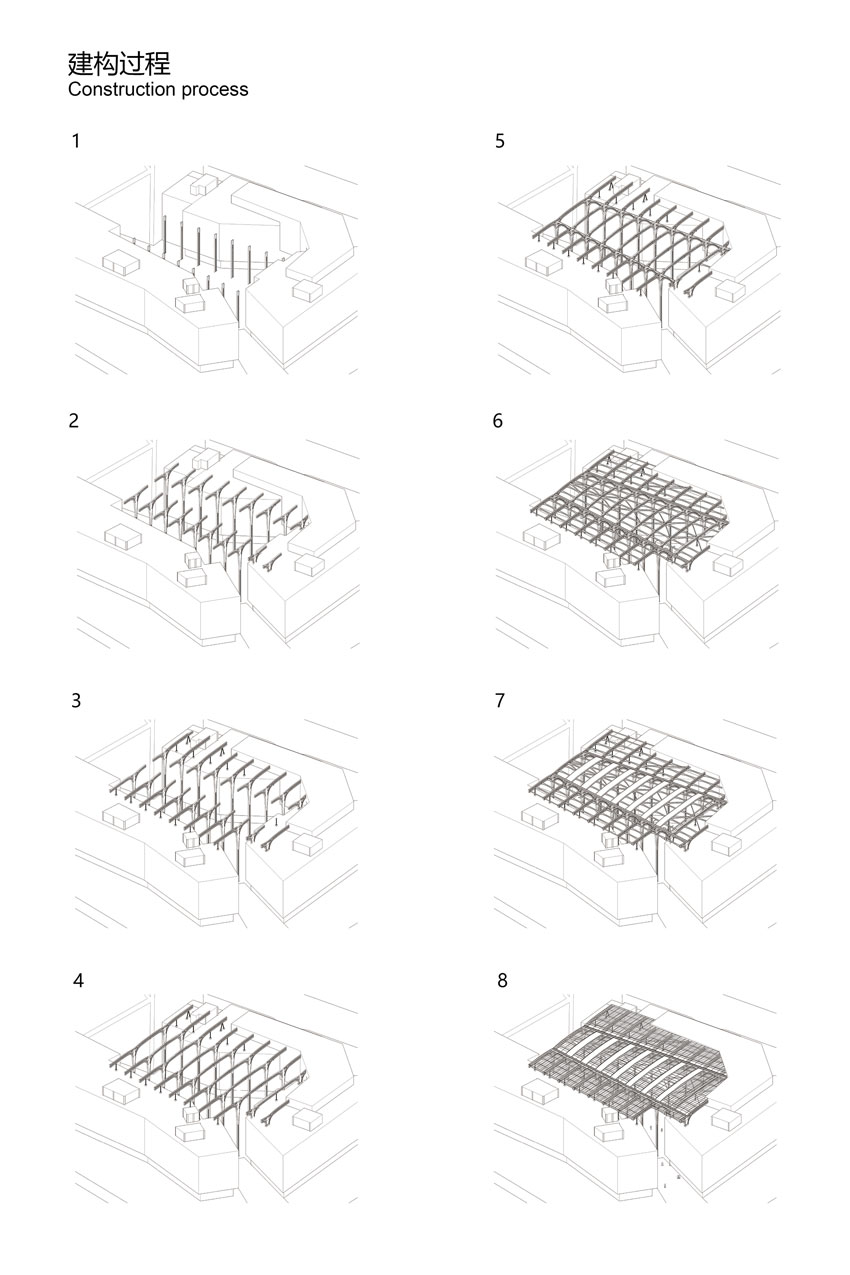 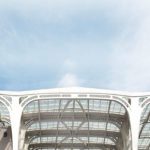 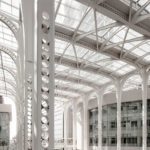 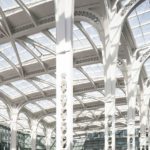 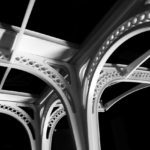