The Circle Campus of the University of Illinois / Walter A. Netsch (SOM Partner) 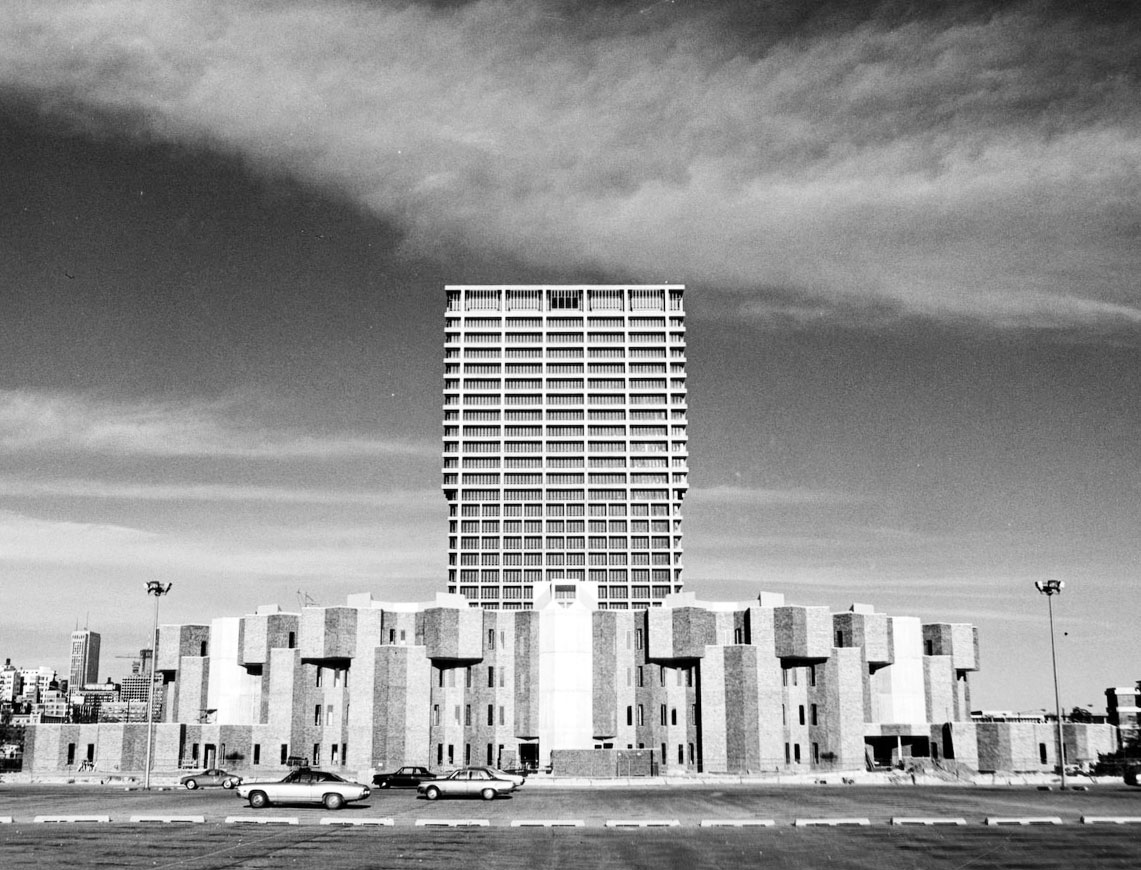 To design the Circle campus, the university of Illinois chose the firm Skidmore, Owings and Merrill, led by Architect Walter Netsch, who planned the U.S. Air Force Academy in Colorado Springs.  Netsch designed the campus in the Brutalist style based on the metaphor of a stone dropped in a pond of water.

The Circle Campus of the University of Illinois  technical Information

“There was a tremendous accusation that ‘Walter put walls around the campus to keep people out,’ and we put the wall in because we knew that black and white young people would be sitting on the grass together, and we were protecting them from the hostile eyes of the neighborhood. So it depends on whether you are looking in or looking out. We were in, looking out. 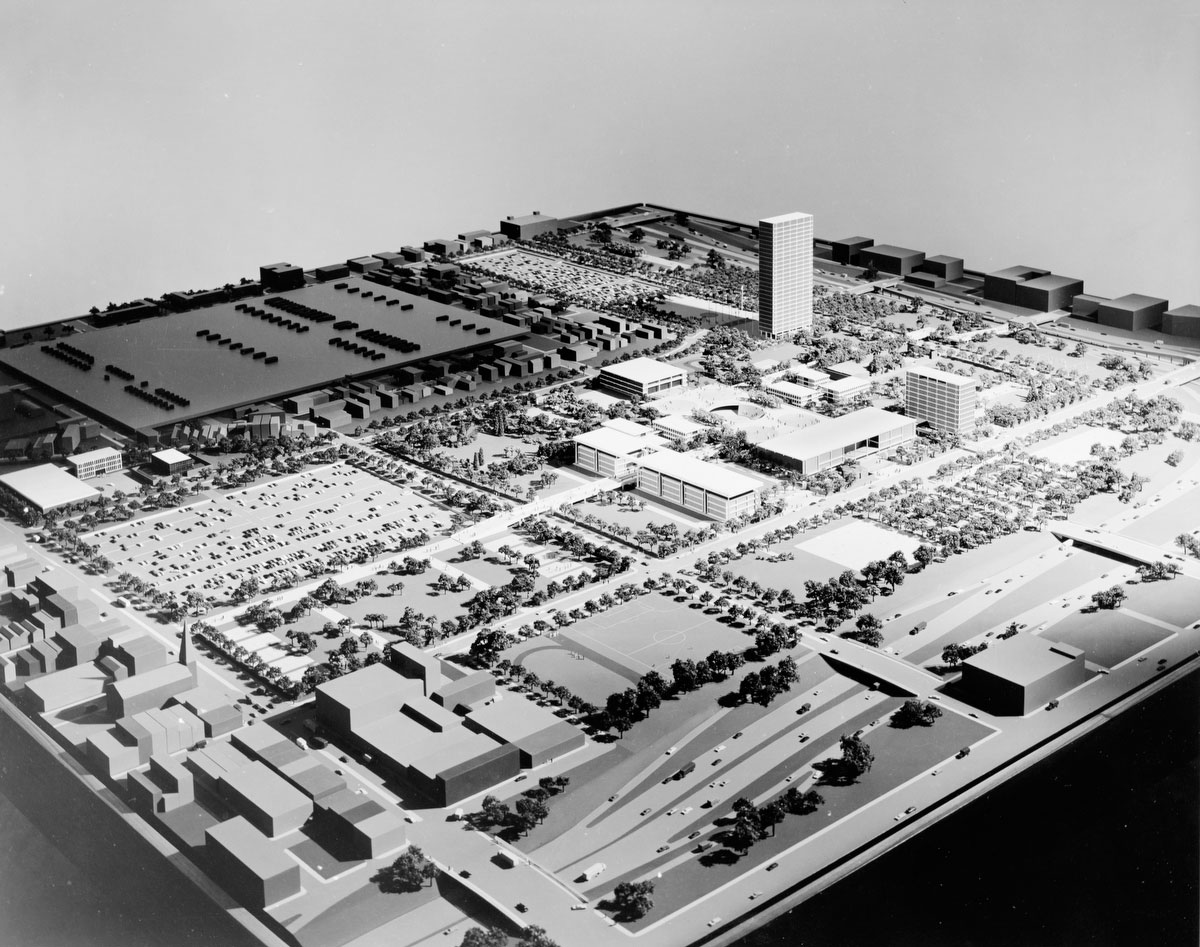 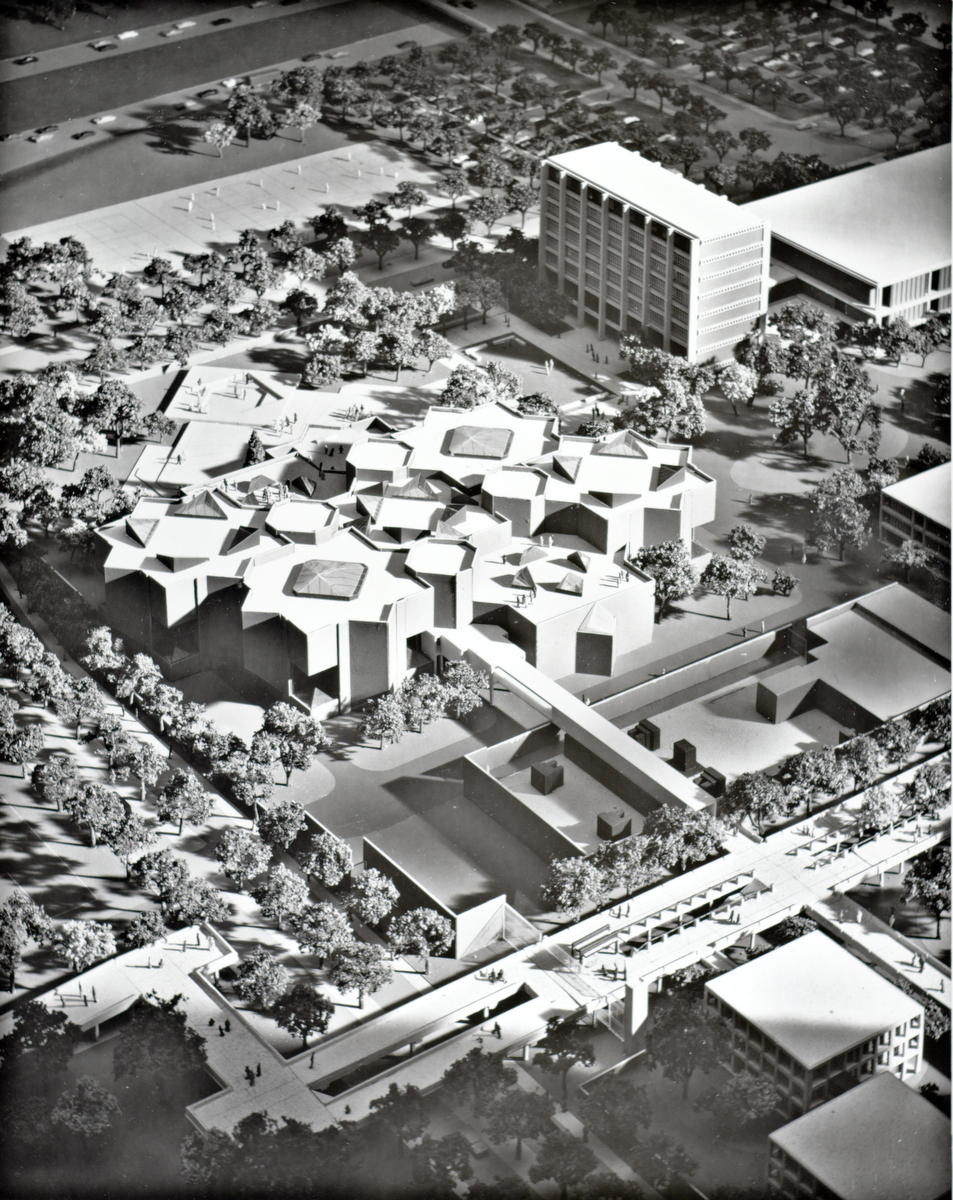 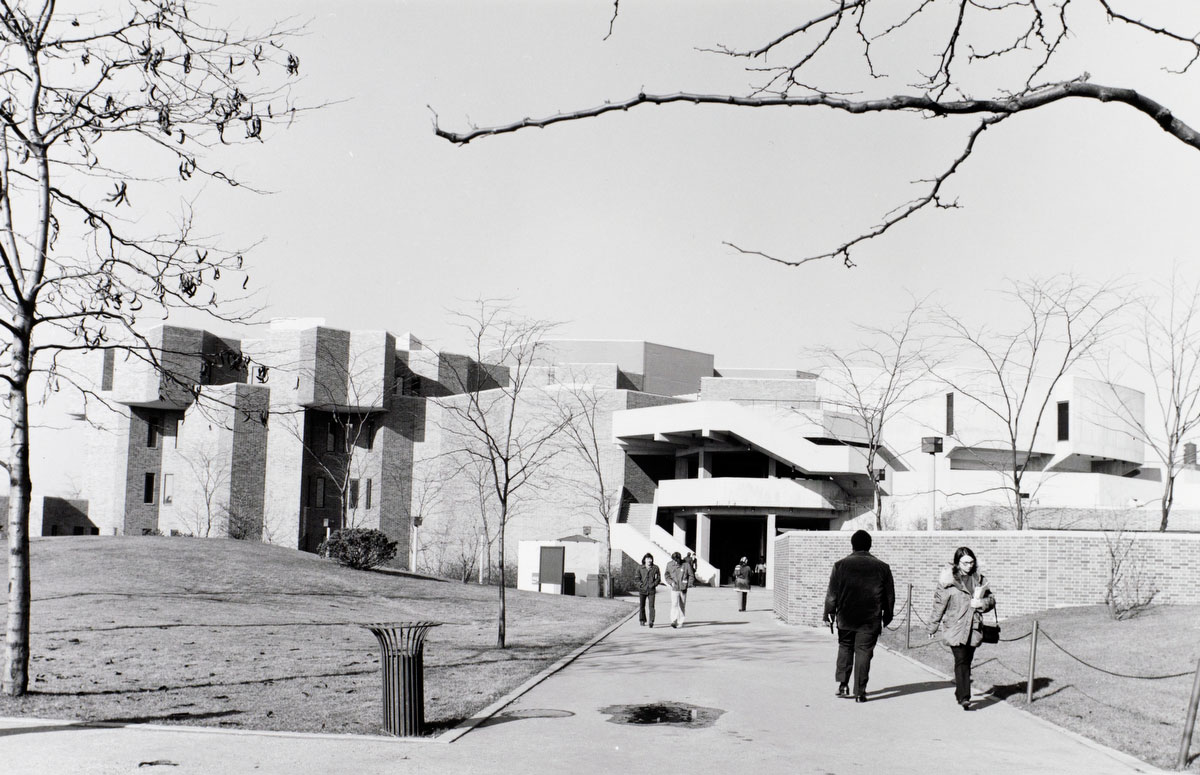 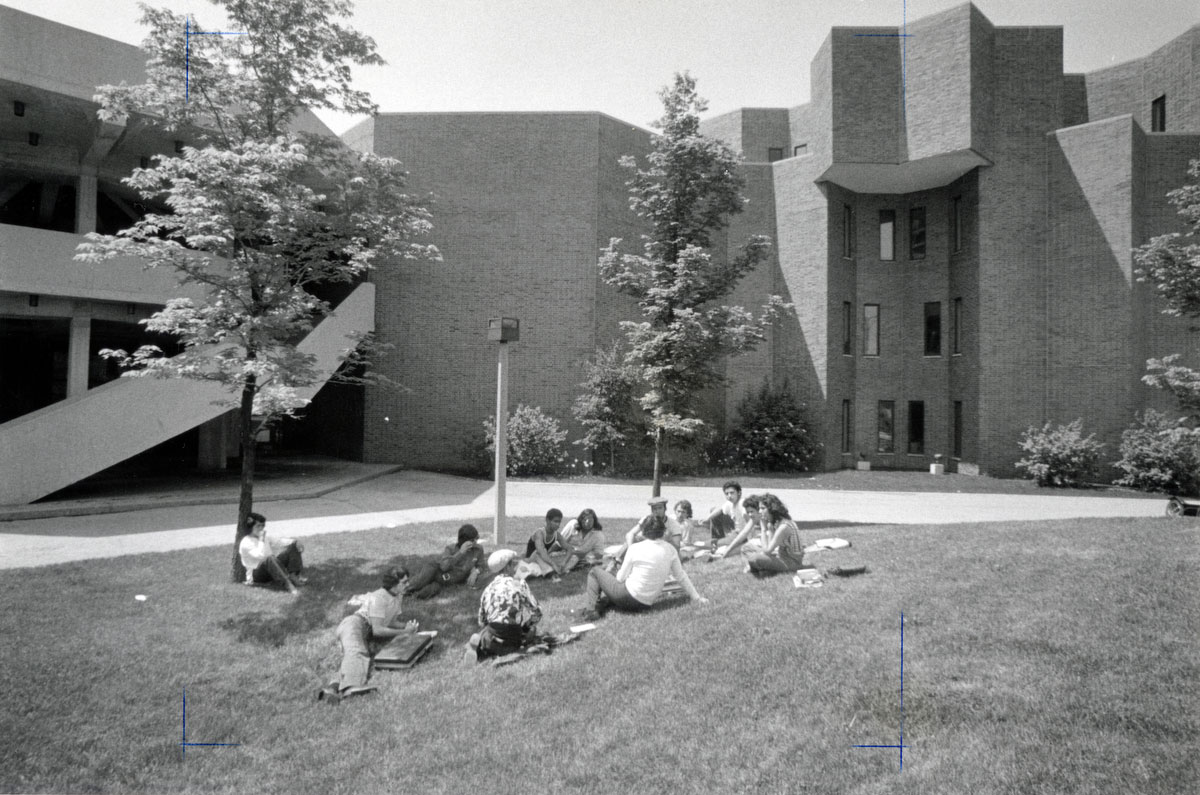 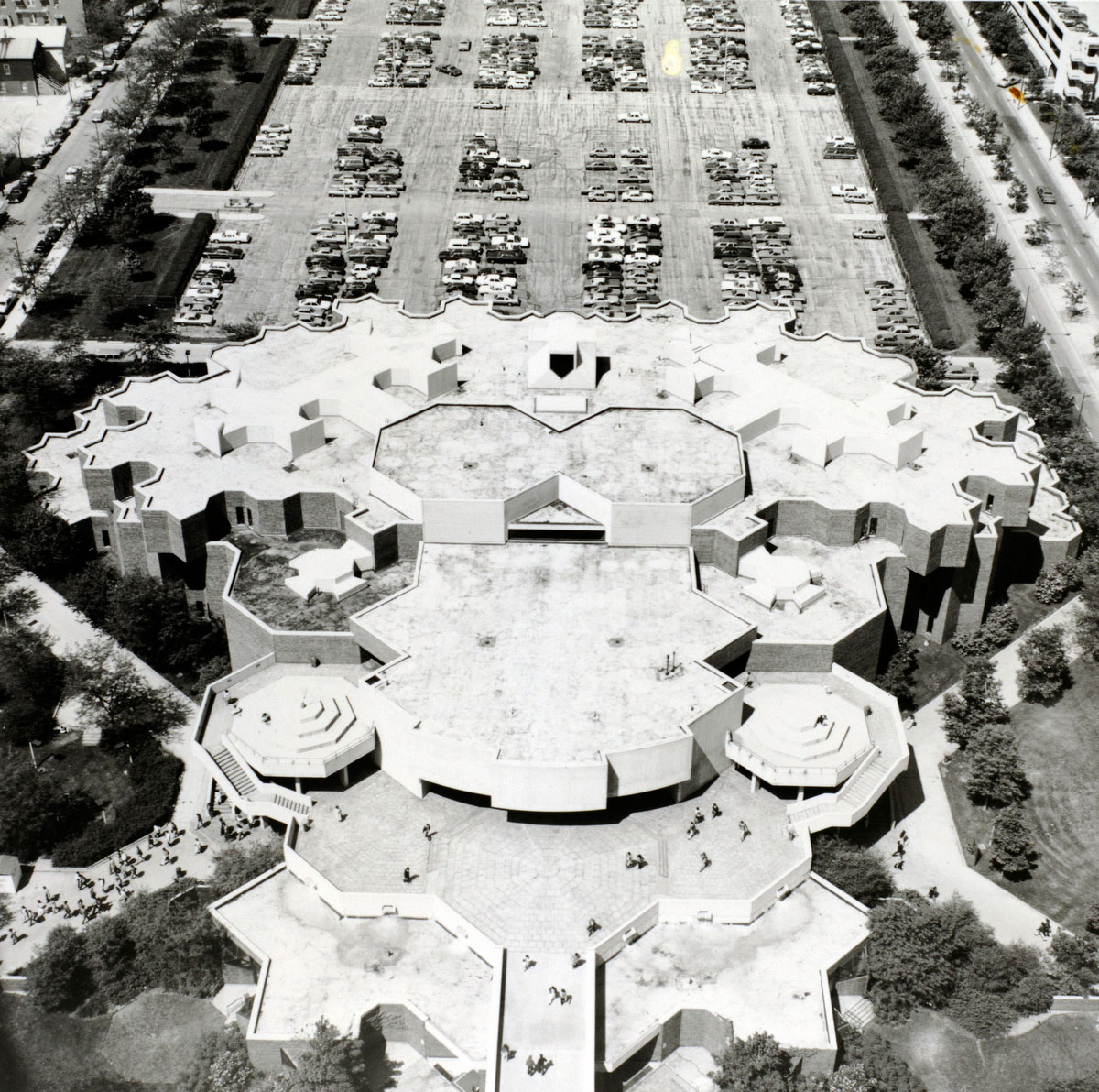 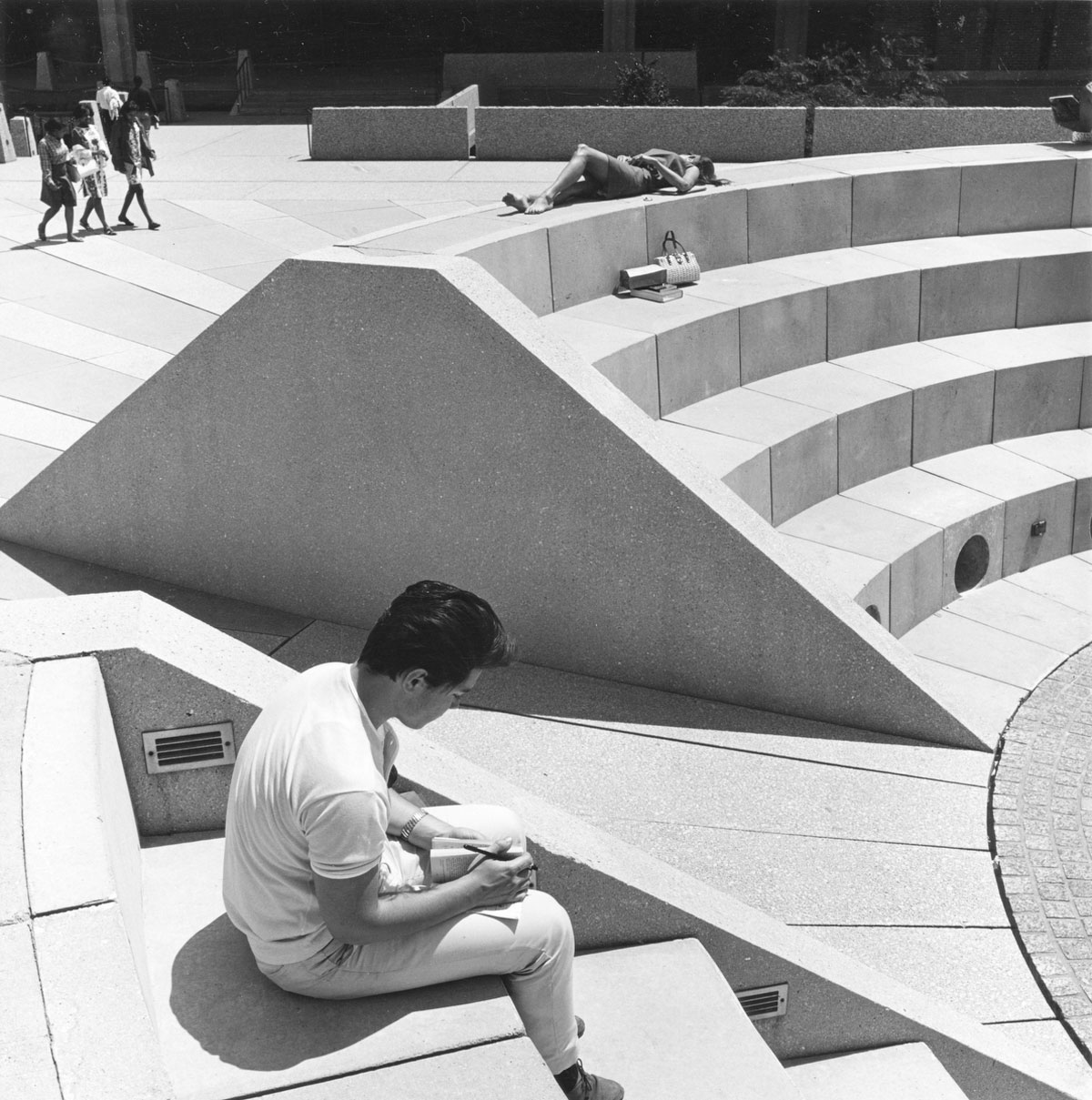 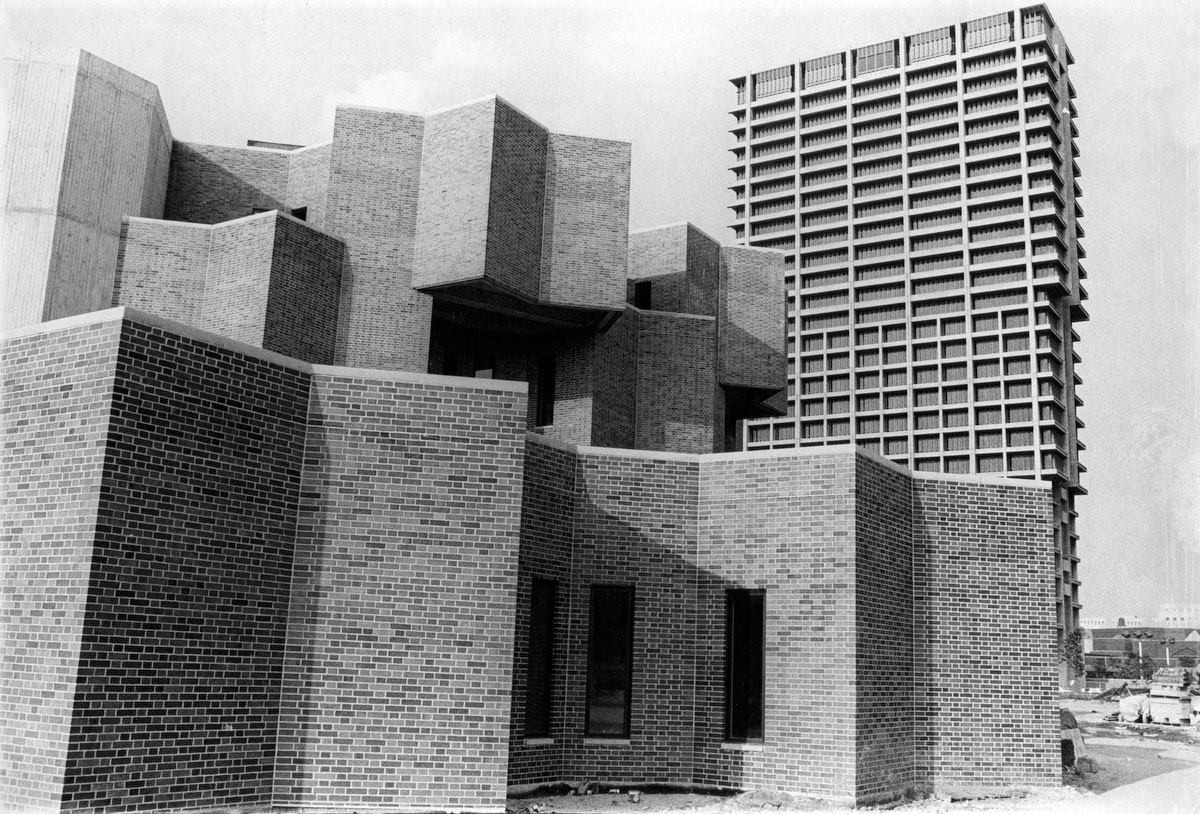 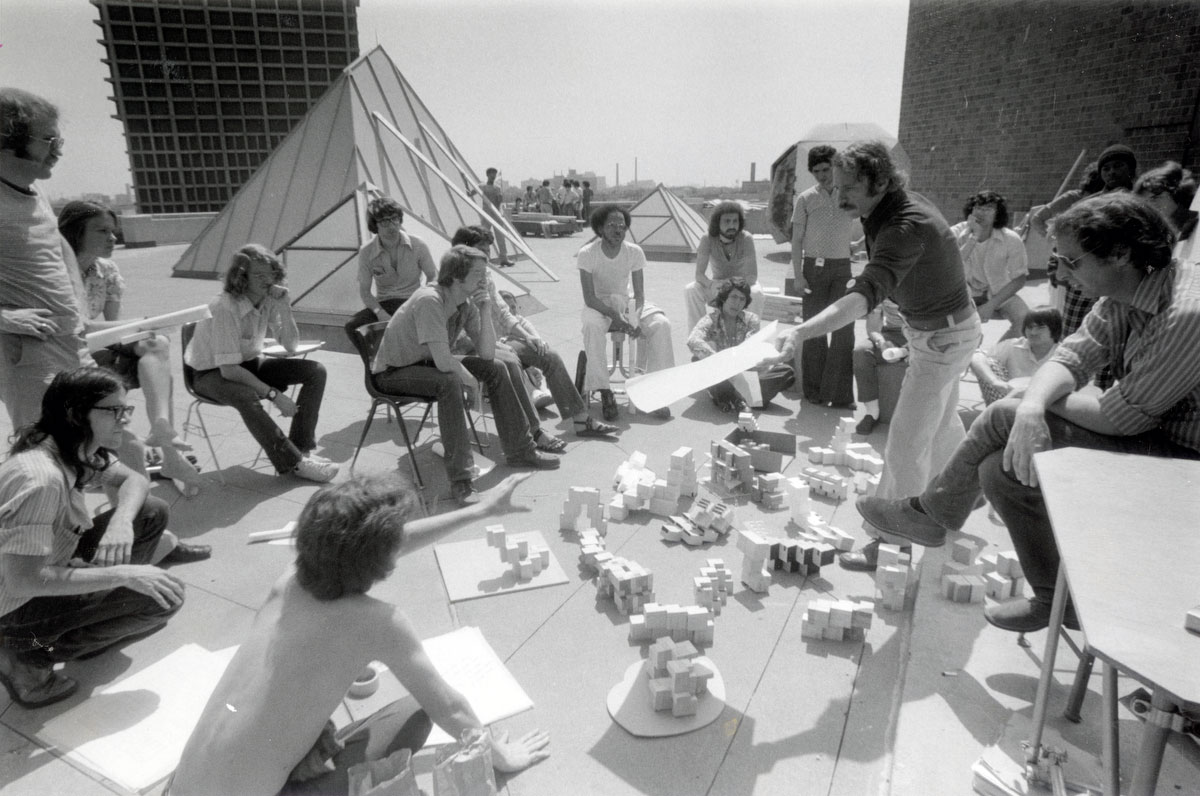 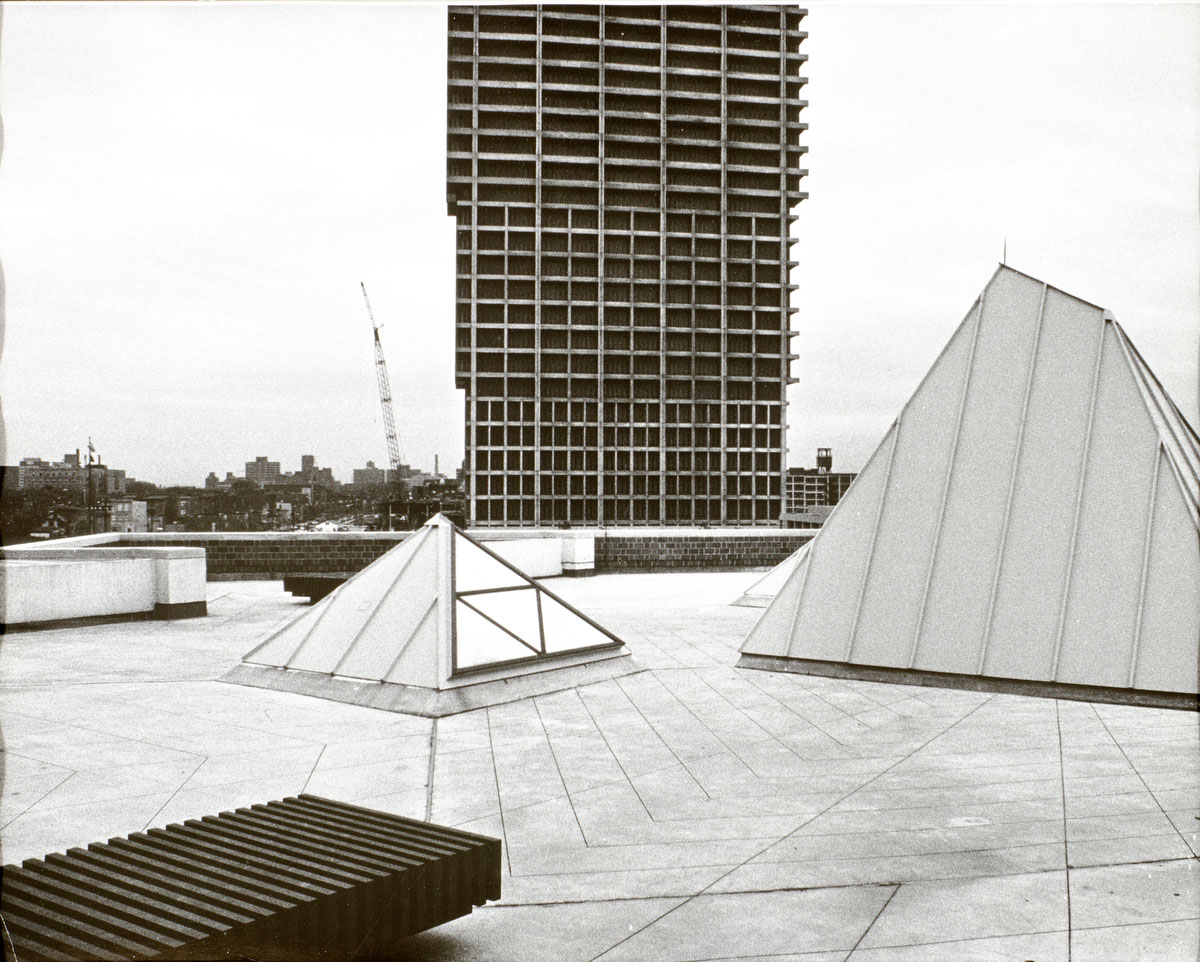 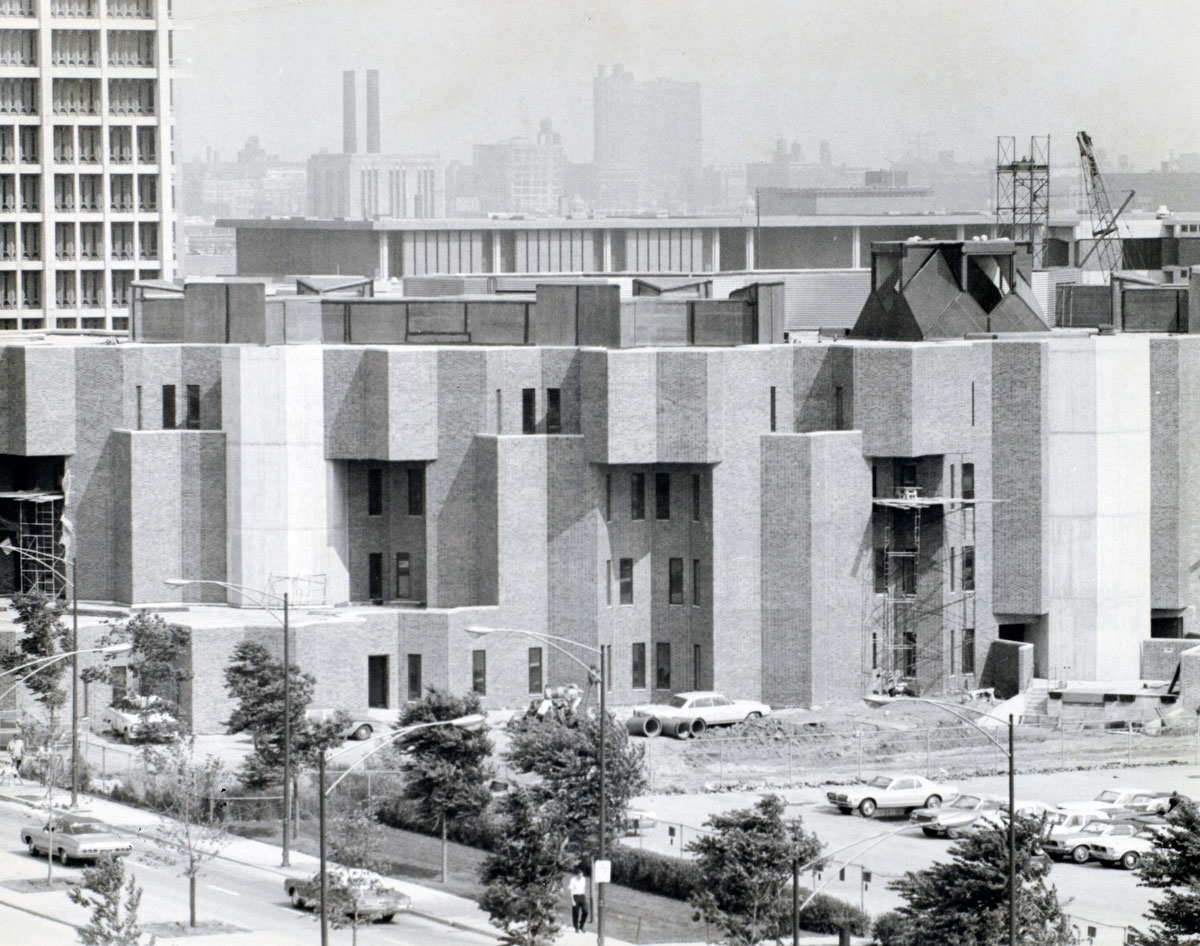 The site for the new University of Illinois at Chicago Circle campus consisted of 105 acres at the corner of Halstead and Harrison streets.  Originally, the campus was named University of Illinois at Congress Circle for the nearby Congress Interchange.  That name for the junction between the Dan Ryan, Kennedy and Eisenhower expressways changed to the Circle Interchange in late 1964 (becoming the Jane Byrne Interchange in 2014) prompting the last-minute adjustment to the campus name just prior to its “unofficial” opening on February 22, 1965.

A series of elevated express walkways tied the campus together.  The walkways served the practical purpose of moving an enormous number of students efficiently through the campus’ small footprint. The spine of the walkways was a north-south corridor that ran from the Polk Street entrance to the Chicago Transit Authority’s Halsted Street stop on the north to The Great Court in the campus core and from The Great Court to the parking lots and athletic fields south of Taylor Street.

Surrounding the campus was an eight-foot tall brick wall and a decorative metal fence that echoed the structure of tallest building on campus, the 28-story University Hall.  The enclosed nature of the campus further alienated nearby residents who were already unhappy with the loss of a significant portion of the neighborhood for the university.

“A stone dropped in a pond of water,” was the metaphor architect Walter Netsch of Skidmore, Owings and Merrill (SOM) used to describe the design for the new University of Illinois at Chicago Circle (UICC) campus. Netsch proposed the campus be built in the Brutalist style, which featured the primary construction materials of concrete, Minnesota granite, and brick.  Netsch’s metaphor was used to organize the campus buildings by function on each ring out from the campus core.

At the campus core was The Circle Forum, a Greek-styled amphitheater built for plays, assemblies and concerts.  Around the Forum in the first ring was the Lecture Center, a series of six buildings designed with large classrooms and lecture halls. The roofs of these buildings made up The Great Court, a modern reimaging of the campus quad in granite and concrete that included four excedras that could be used for outdoor classes, smaller gatherings, studying or relaxing.  In the next ring were the classroom clusters anchored by two main student buildings, namely the Library (currently, Richard J. Daley Library) and the student union (Chicago Circle Center, and currently, Student Center East).  Still farther from the center were offices and laboratories, and on the farthest ring were the athletic fields.

While Netsch was the lead architect on the project for SOM, he did not directly design all Circle campus buildings.  C.F. Murphy designed the Chicago Circle Center while also designing the Illini Union (currently, Student Center West) for the University of Illinois at the Medical Center (currently, west side of campus), both built in 1964.  Harry Weese designed the Physical Education Building and the Education and Communications Building (currently, Education, Theatre, Music, and Social Work) for Phase Three.

Netsch’s design for Circle Campus won a number of prestigious awards, becoming a nationally known model for other “instant” campuses to be built in the 1960s and 70s.  There were, however, some serious problems once the campus was built.  The brick walls and fences surrounding the campus further separated it from the neighborhood, leading to its nickname “Fortress Illini.”  Many students and faculty found the concrete harsh and alienating.  Water from rain and snow dripped from The Great Court and walkways onto the ground-level walkways, often for quite some time after a weather event had passed.  Some of The Great Court’s granite blocks shifted, leaving dangerous tripping hazards that eventually forced this space to be closed.  When enrollment only reached 18,000 students instead of the projected 32,000 students, the walkways became superfluous, maintenance declined, and they slowly crumbled.  The Great Court, The Circle Forum, and the eleveated walkways were demolished during the 1990s in an effort to revitalize the campus core, but at the expense of Netsch’s original vision. 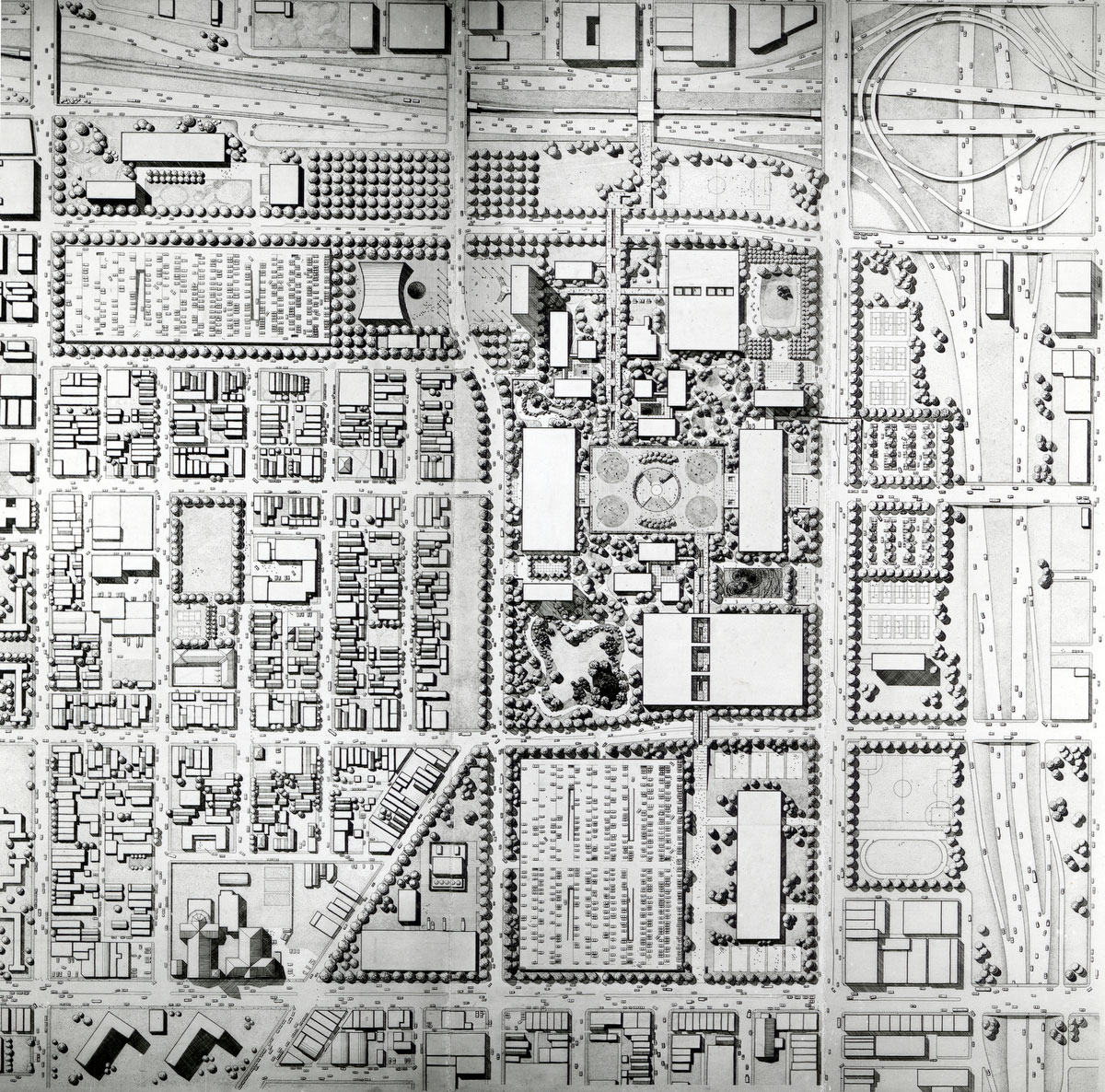 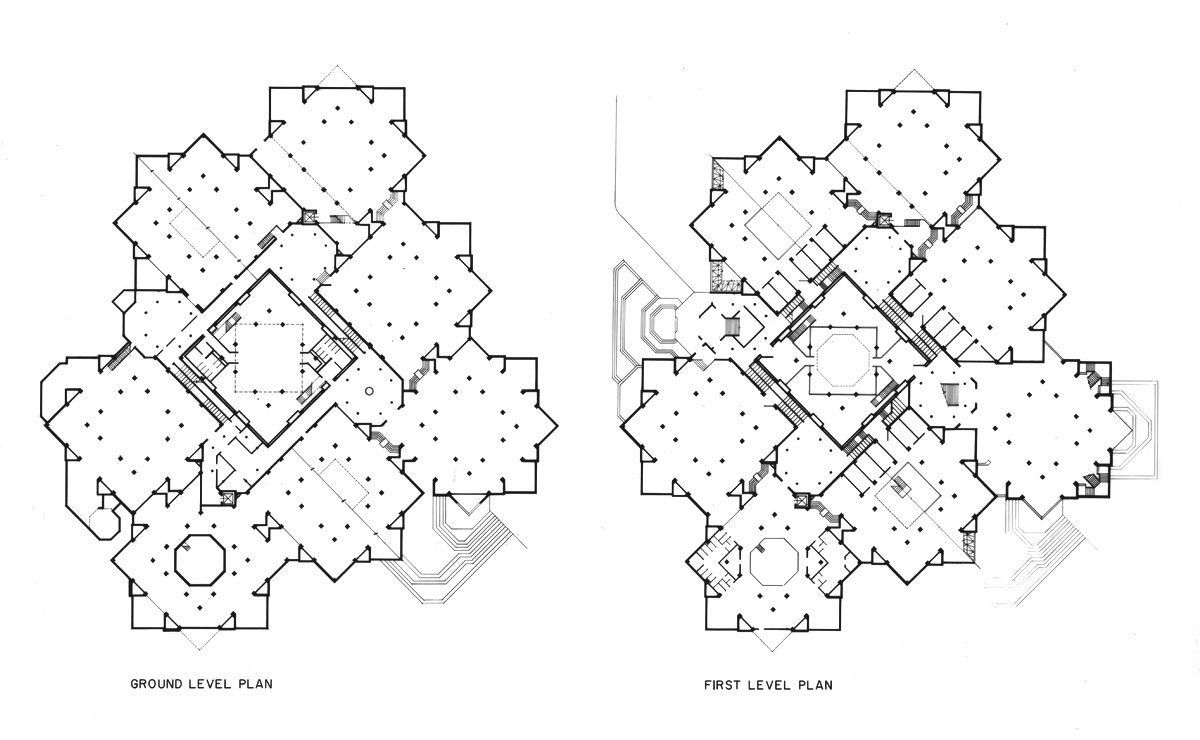 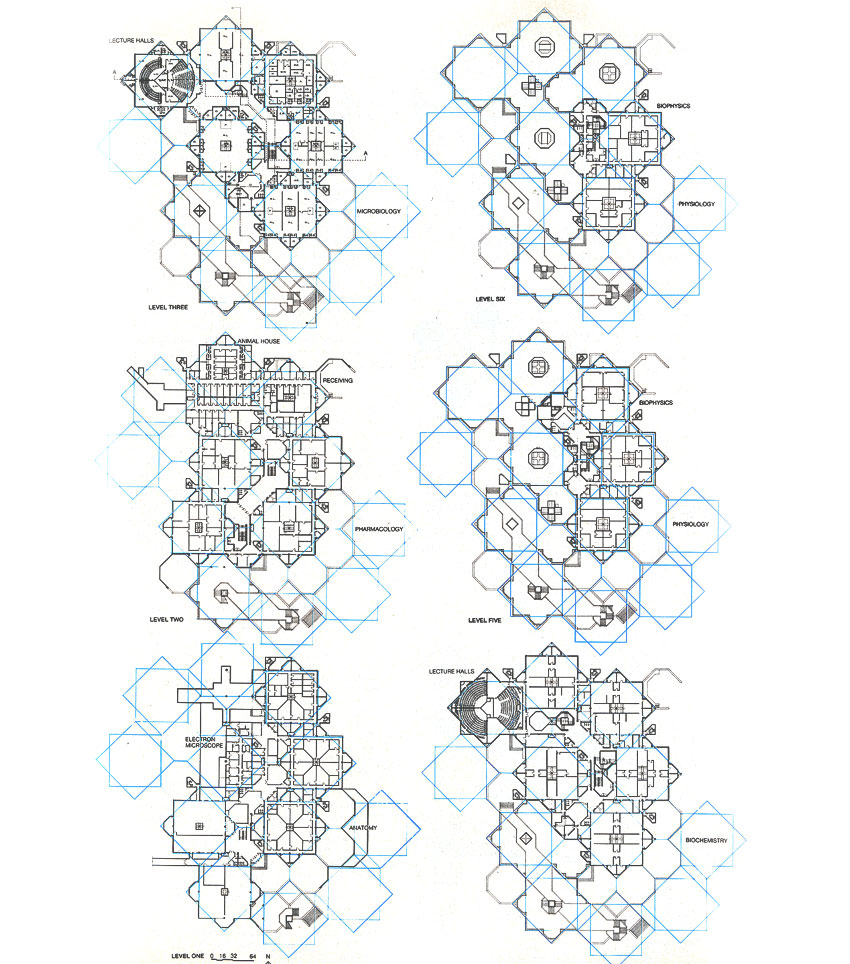 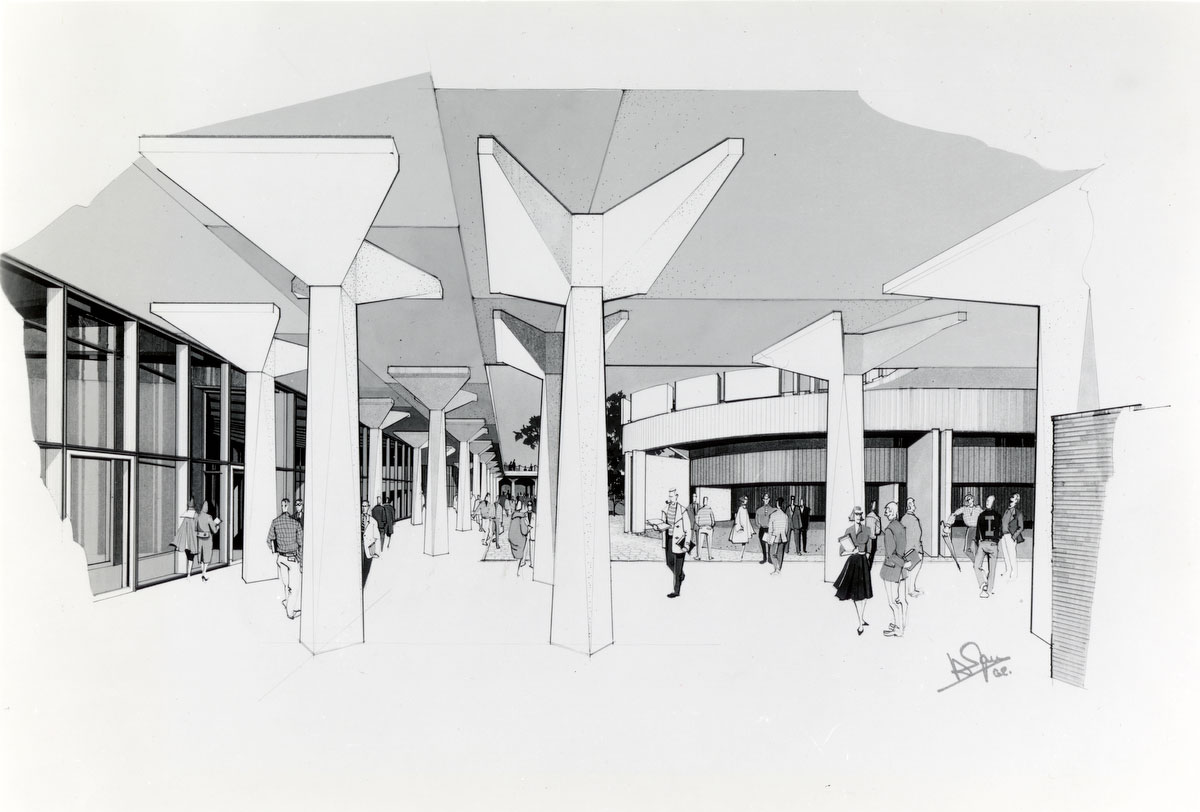 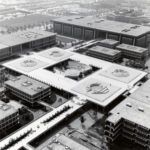 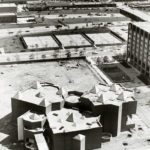 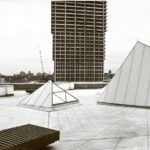 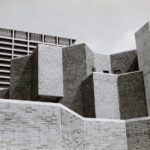 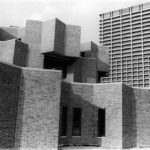 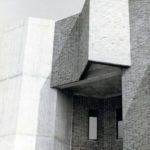 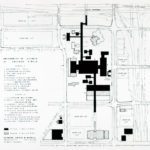 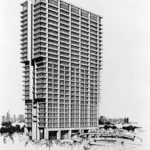 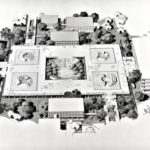 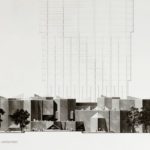 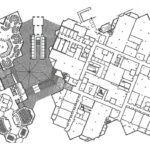 Cite this article: "The Circle Campus of the University of Illinois / Walter A. Netsch (SOM Partner)" in ArchEyes, June 5, 2016, https://archeyes.com/circle-campus-university-illinois-walter-netsch-som-partner/.