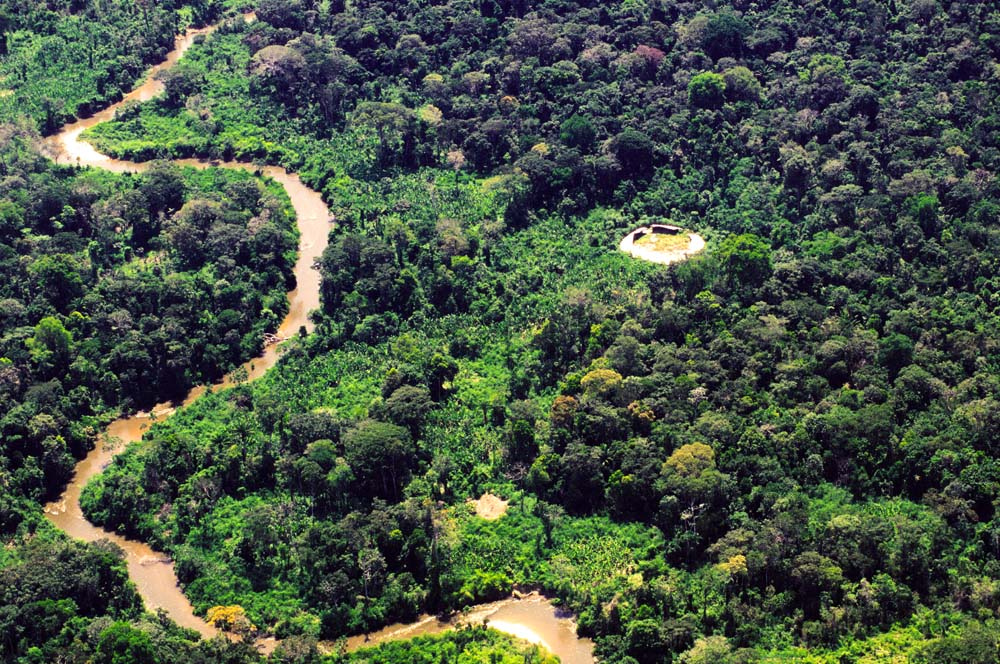 The Yanomami of Southern Venezuela (and northen Brazil) live in large communal circular dwellings called Shabono (also xapono, shapono, or yano). The building has to be rebuilt every few years and so it grows or contracts in diameter according to the size of the community; as if the house would breath with its inhabitants.

Our land has to be respected. Our land is our heritage, a heritage which protects us. 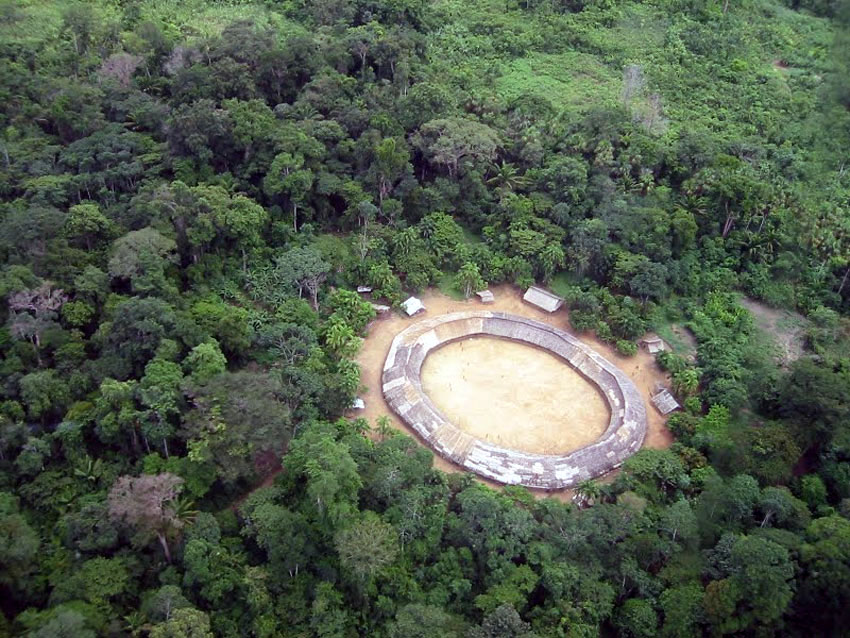 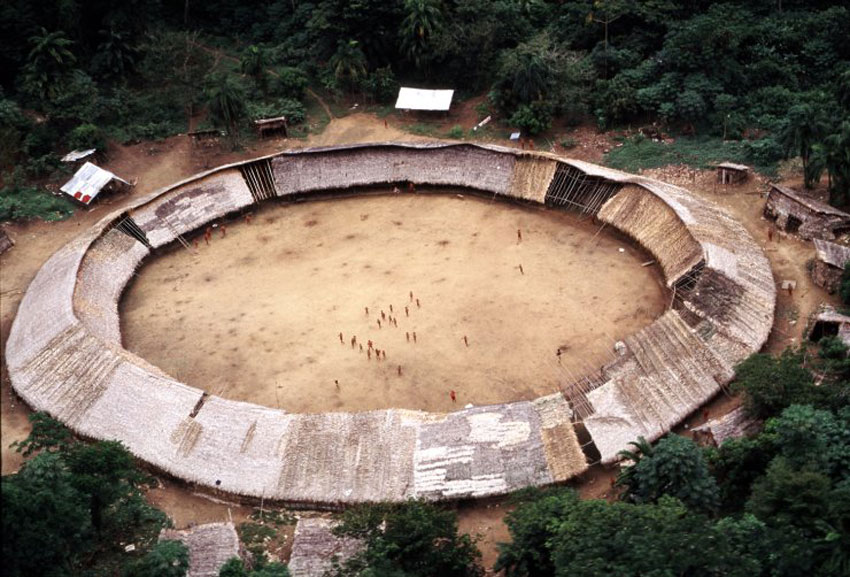 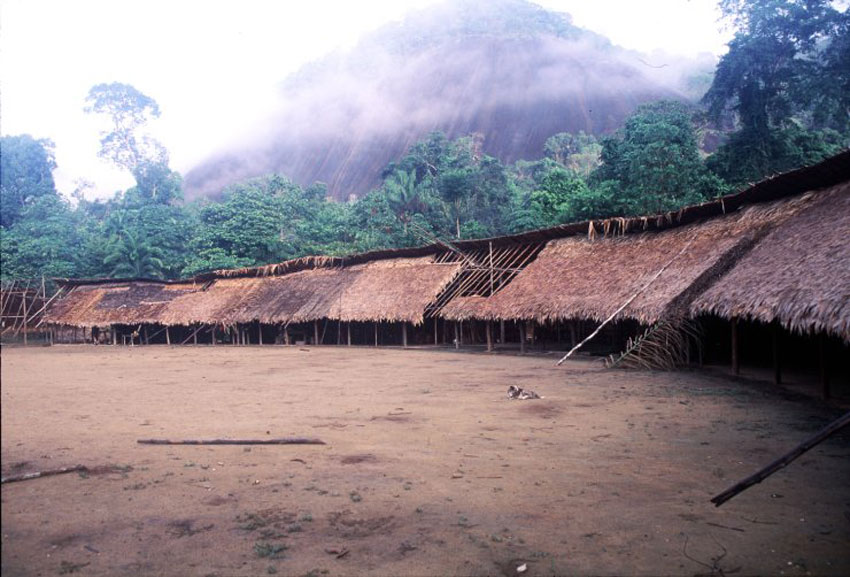 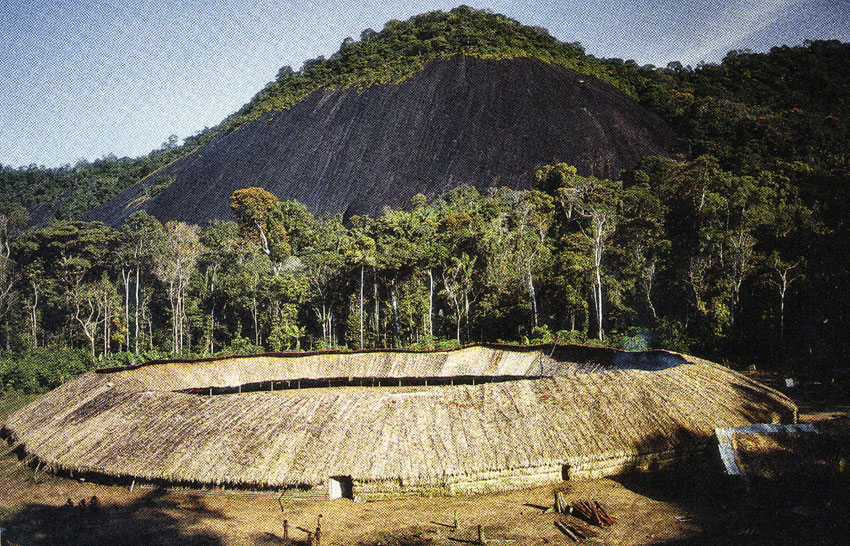 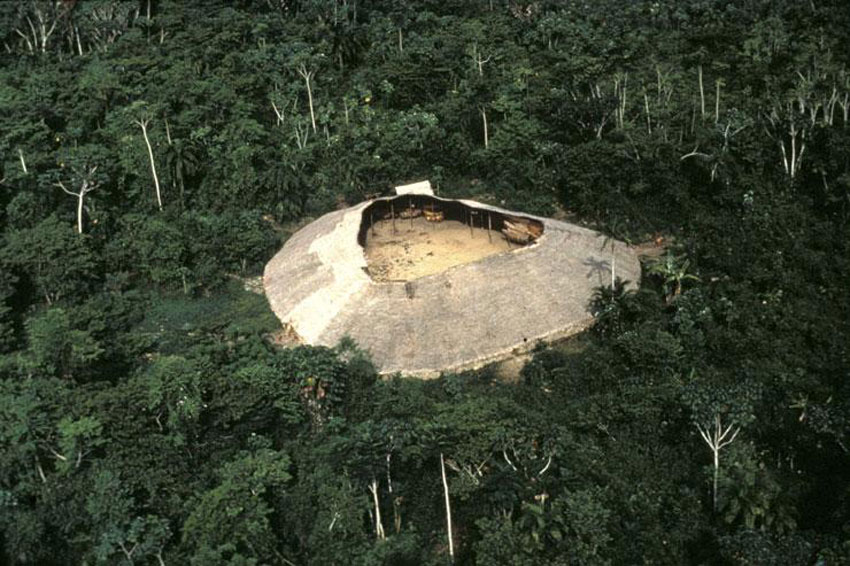 From southern Venezuela and northern Brazil, the Yanomami built Shabonos as temporary dwellings for the whole community.

Used as temporary homes, traditionally constructed mainly of thatched palm leaves and wood, shabonos are built in clearings in the jungle, using the wood cleared to build a palisade with a thatched roof that has a hole in the middle.

In traditional Yanomami villages, multiple shabonos, each conical or rectangular in shape, surround a central open space. Some can house up to 400 people. The central area is used for activities such as rituals, feasts and games. Each family has its own hearth where food is prepared and cooked during the day. At night, hammocks are slung near the fire which is stoked all night to keep people warm.

The Yanomami believe strongly in equality among people. Each community is independent from others and they do not recognize ‘chiefs’. Decisions are made by consensus, frequently after long debates where everybody has a say.

Like most Amazonian tribes, tasks are divided between the sexes. Men hunt for game like peccary, tapir, deer and monkey, and often use curare (a plant extract) to poison their prey. Although hunting accounts for only 10% of Yanomami food, amongst men it is considered the most prestigious of skills and meat is greatly valued by everyone.

No hunter ever eats the meat that he has killed. Instead he shares it out among friends and family. In return, he will be given meat by another hunter.

Women tend the gardens where they grow around 60 crops which account for about 80% of their food. They also collect nuts, shellfish and insect larvae. Wild honey is highly prized and the Yanomami harvest 15 different kinds. 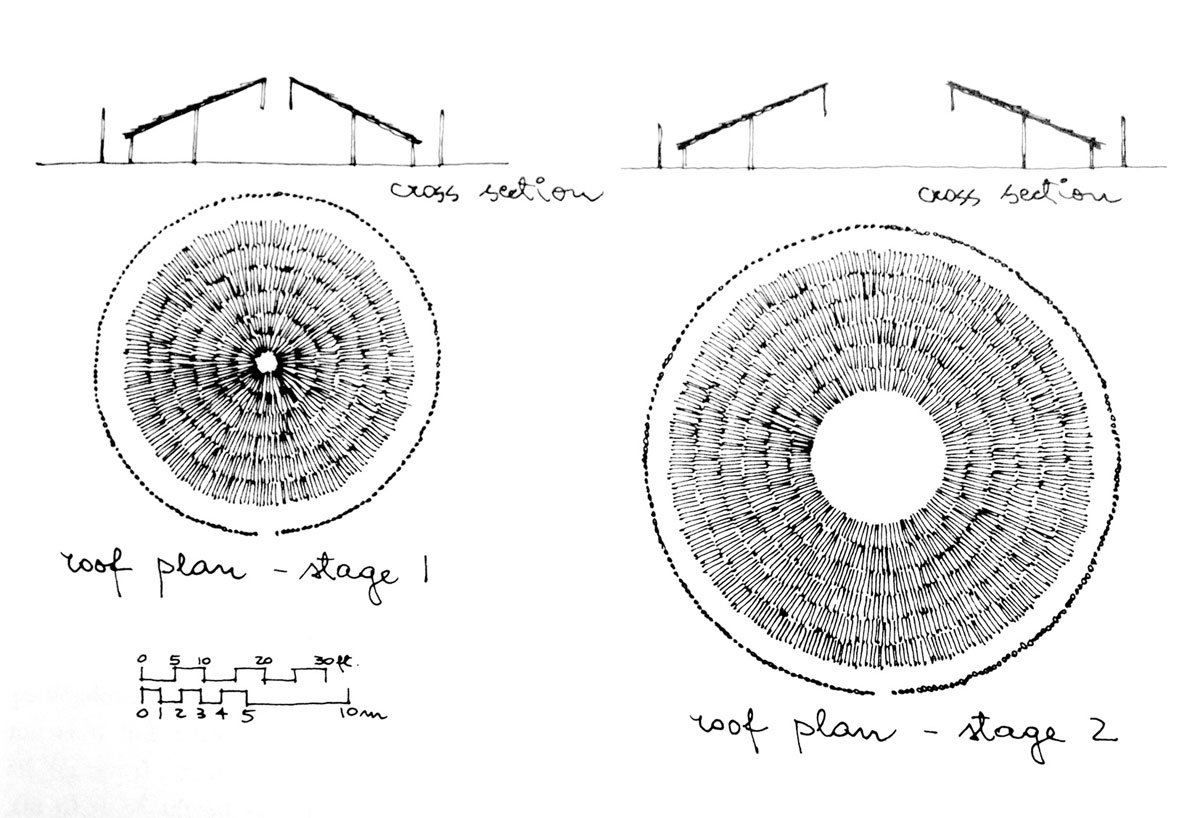 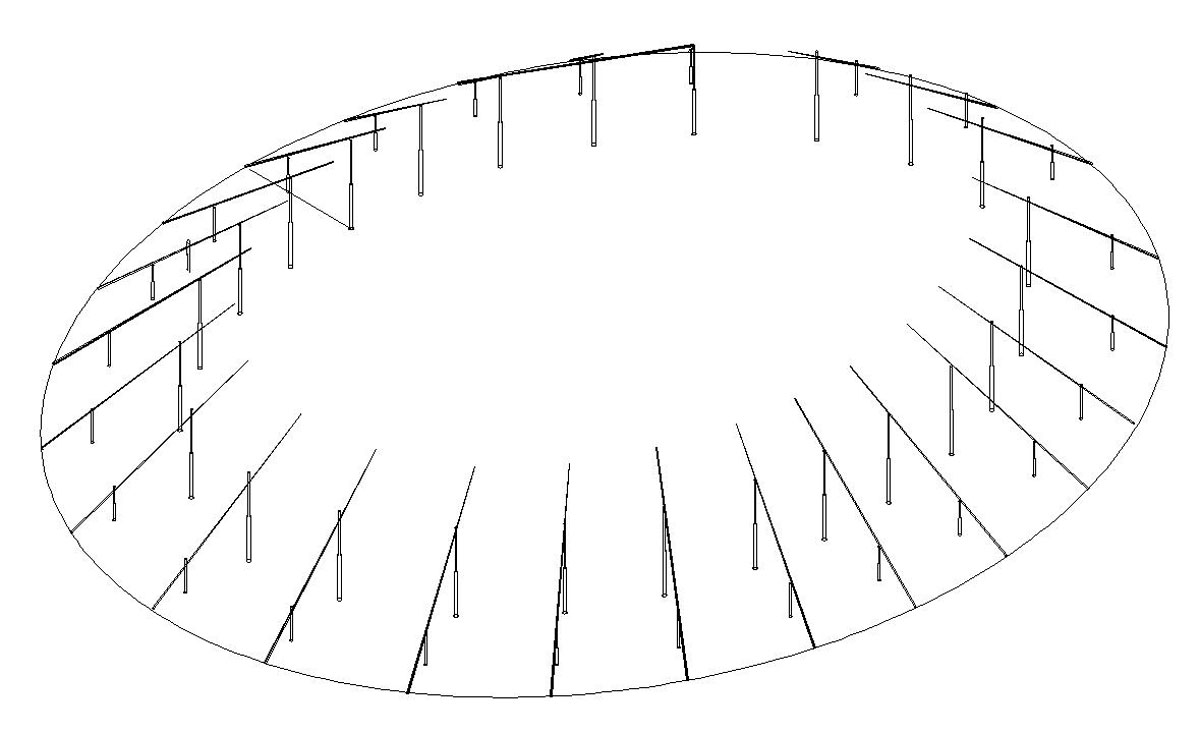