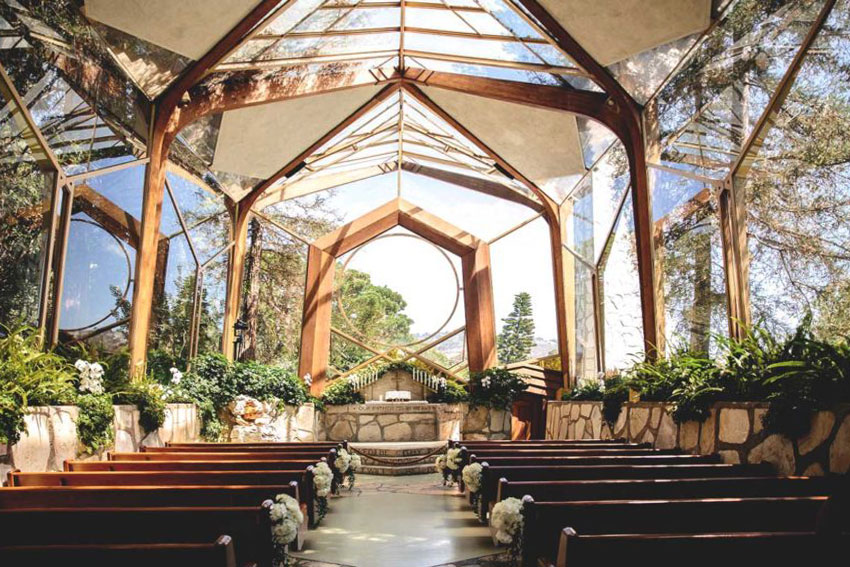 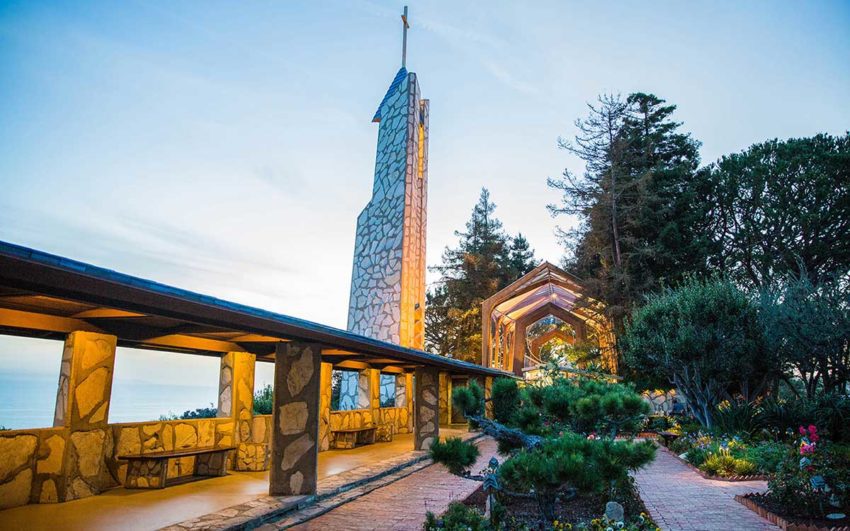 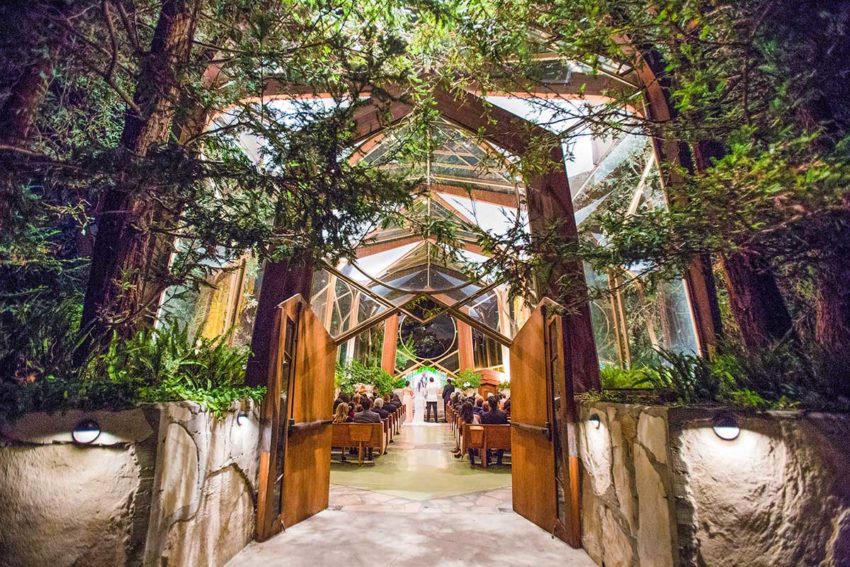 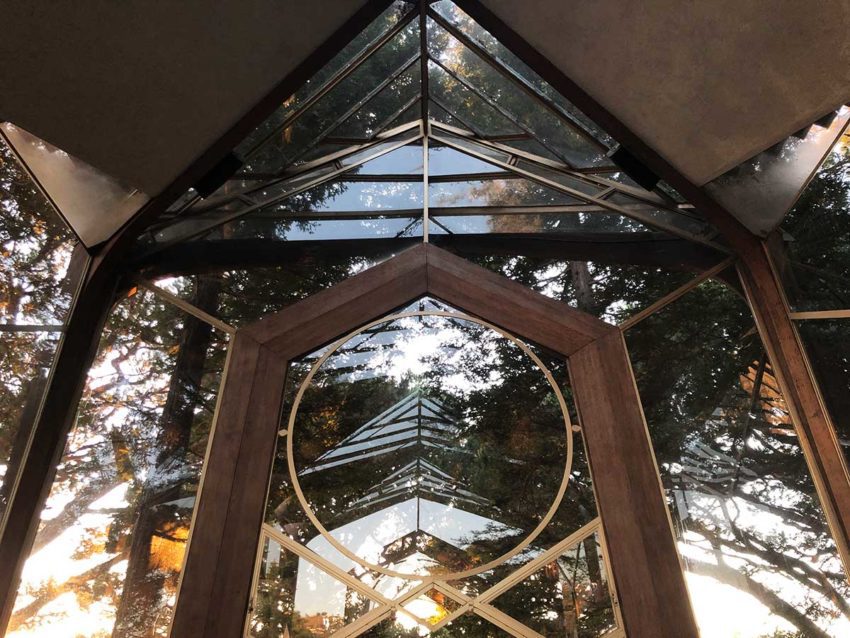 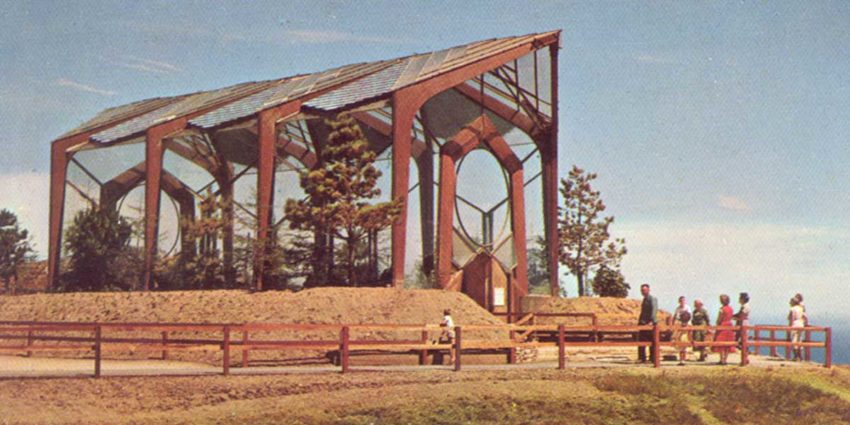 Wayfarers Chapel, also known as “The Glass Church” is located in Rancho Palos Verdes, California, and was dedicated to travelers in need of spiritual nourishment. It has no permanent congregation.

It is noted for its unique modern architecture and location on cliffs above the Pacific Ocean. It was commissioned by members of the Swedenborgian Church of North America and serves as a memorial to its founder, Emanuel Swedenborg.

Swedenborgians Elizabeth Schellenberg and Narcissa Cox Vanderlip dreamed up plans for a chapel above the sea, where travelers of all faiths could stop into a commune with God and nature.

They hired renowned architect Lloyd Wright to design the chapel at a fortuitous point in his life. He recently had visited a redwood grove in Northern California and had been deeply influenced by the feel of the massive trees and overhanging canopy.

The chapel was designed in the late 1940s and was built between 1949 and 1951. Wright departed from the tradition of using masonry to “achieve a delicate enclosure that allows the surrounding landscape to define the sacred space”. Additions were built in later years, including a tower and a visitor center, the latter of which had been lost in a landslide during the 1960s. 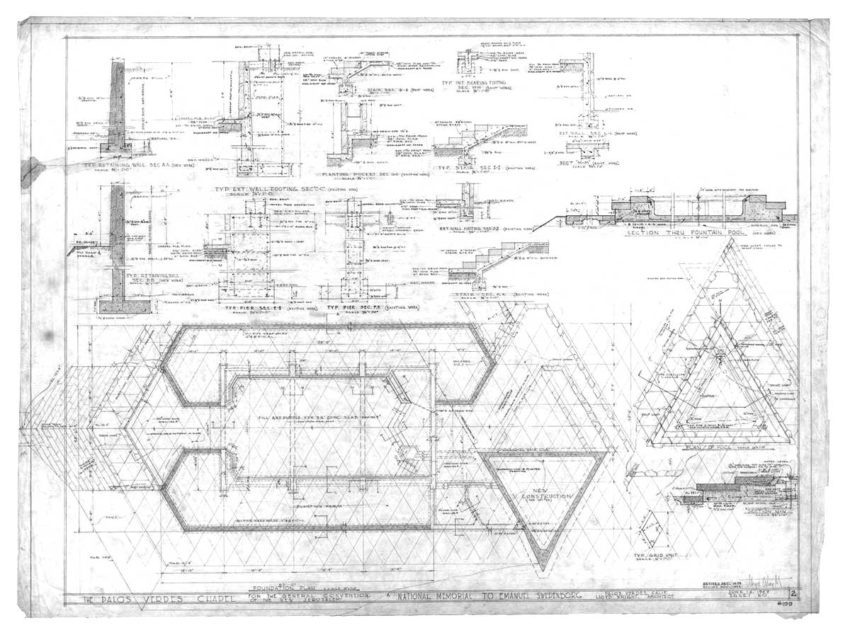 Lloyd Wright, who shortened his name from Frank Lloyd Wright Jr. to help mold his own identity, used 30/60- degree angles because they occur naturally in snowflakes, crystals and tree branches. The trees on both sides are coastal redwoods. Above in the altar, framed in the glass circle is a toyon tree. Observe how the growing trees form the walls. The stone capping the altar is a variety of Palos Verdes stone called Moss Back. The lines in it were made during cutting.

The round windows over the front entrance and the altar symbolize the inclusiveness of the chapel and the Swedenborgian Church, which welcomes all people.

The plantings in the chapel were specified by Lloyd Wright because they are found on the forest floor. They are intended to make the exterior and interior one. Plants growing outside are brought inside to make the glass enclosure as inconspicuous as possible.

The baptismal font, designed by the architect, was added in 1964 and represents a tiny underground mountain spring bubbling to the surface.

The diamond design on the floor reflects the diamond pattern of the ceiling. The glass creates a “live” chamber. Lloyd Wright-designed the six triangular acoustic panels in the ceiling to balance the sound. They are painted a light blue-green to appear white, like fleecy clouds. At night, indirect lighting in the chapel and spotlights in the chancel create a candlelight effect.

On the front lawn of the chapel, Italian stone pine trees form arbored walkways around it. Planted in the ‘50s at Lloyd Wright’s direction, they are just now reaching maturity.

In the Swedenborgian perspective, water symbolizes the divine truth that enables us to lead creative and useful lives. The triangular shape of the pool symbolizes one of the basic teachings of Christianity: God as a triune being and individuals as having soul, mind and body. The memorial fountain in the reflection pool was installed in 1984.

During 1954, the exterior planter walls were completed using 30/60 degree angles. The front stairway and lower parking were added in 1960.

The garden between the reflection pool and the chapel features plantings duplicating the appearance of the floor of a redwood forest, such as azaleas, rhododendron, coral bells, irises and a variety of ferns. The redwood trees form the Lloyd Wright Grove. The center redwood was dedicated in April 2003, the 25th Anniversary of his passing.

The tower, planned as part of the original design, was completed in December 1954. Lloyd Wright conceived it as a “hallelujah” tower, with wings and a sense of soaring, like upraised hands holding the cross on high. The gold cross is 60 feet above the floor of the chapel. The blue terra cotta roof tile was selected to match the blue sky following the architect’s desire to use only natural colors. The tower is embedded in the ground two fill stories and is firmly anchored into the hillside

Many of the roses and other plantings throughout the grounds are living memorials, which have been donated to the chapel. The Walk go Honor features pavers given to honor or memorialize significant events and people in the lives of wayfarers. Several plants in the garden are native to the Holy Land, or are mentioned in the Bible: olive, fig, and apricot trees, the aloe plants, lilies, Crown-of-Thorns, and over 100 rose bushes. From the beginning, Lloyd Wright was intimately involved in landscape design. The plantings were as important as the architecture since they formed an integrated whole rather than two separate entities. The chapel complex is carefully landscaped following the architect’s land of the ‘50s.

In 2004, a master Landscape Plan by Eric Lloyd Wright, the architect’s son, was adopted to guide future botanic development.

Lloyd Wright used an unusual method to construct the various walls and pillars. Stones with their best side facing out were wired inside plywood forms. Cement was poured around them. When it was dry, the wires were cut and the forms removed. No cement touch-up work was permitted so the unfinished appearance would carry the natural terrain into the walls.

Already well known as a skilled practitioner of organic architecture, Lloyd Wright created one of the world’s most beautiful and evocative Organic Modern designs in Wayfarers Chapel. The building solidified his reputation as a master of building and landscape integration and stands as an icon of religious and contemplative architecture. 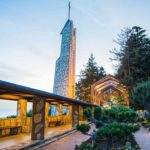 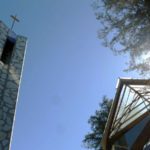 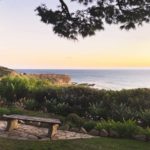 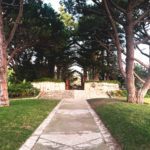 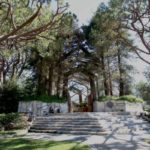 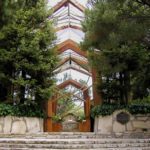 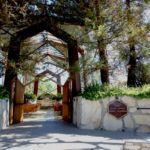 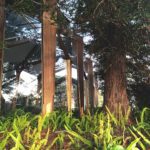 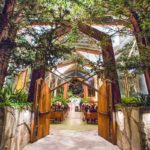 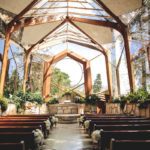 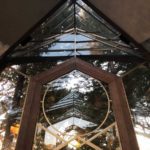 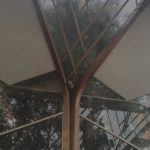 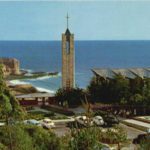 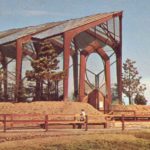 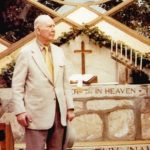 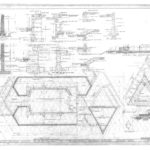