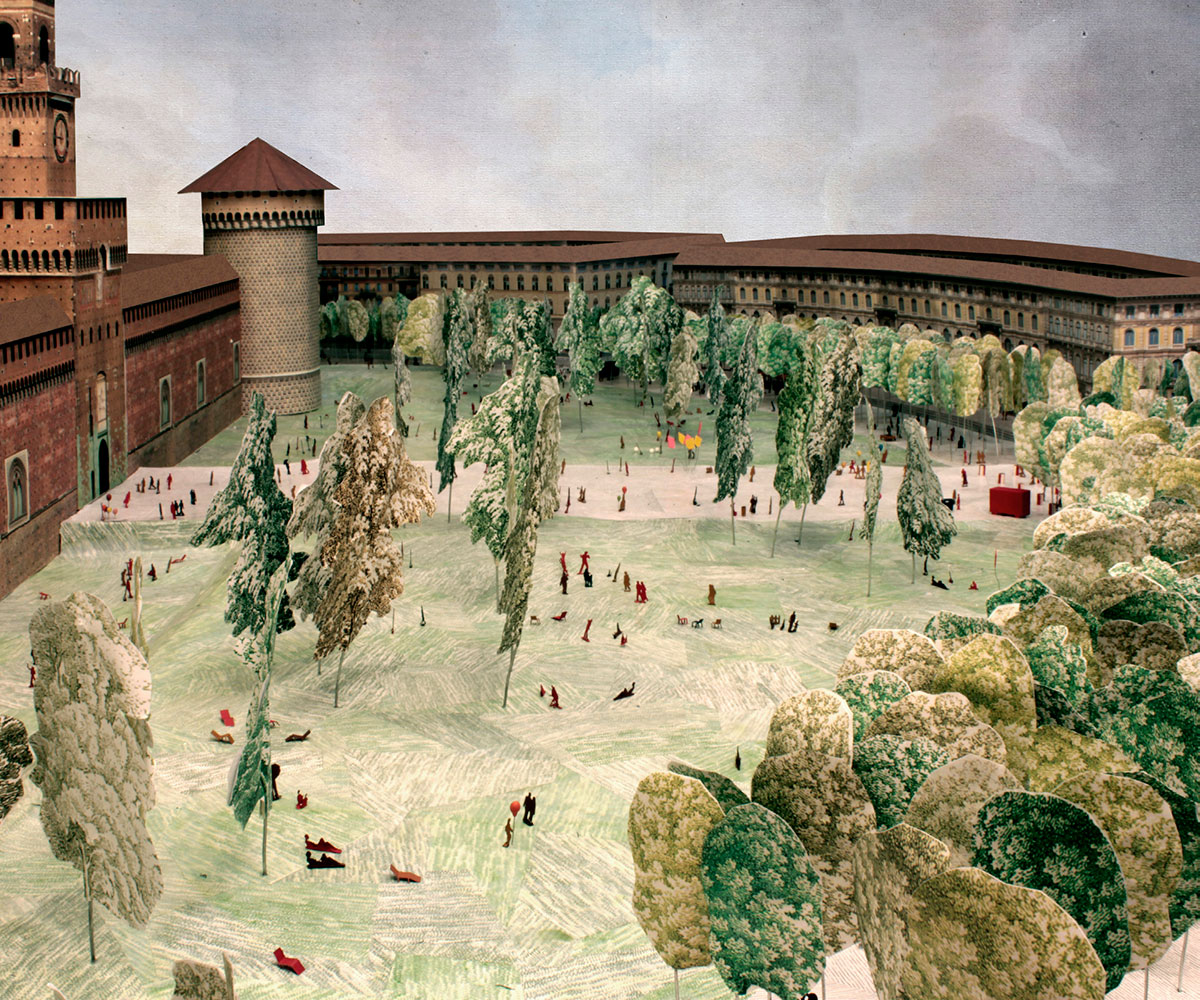 The Piazza Castello project, designed by Onsitestudio proposes a redimension of an important open space in the city of Milan, reasoning on an urban scale attempting to address the spaces that structure the city. 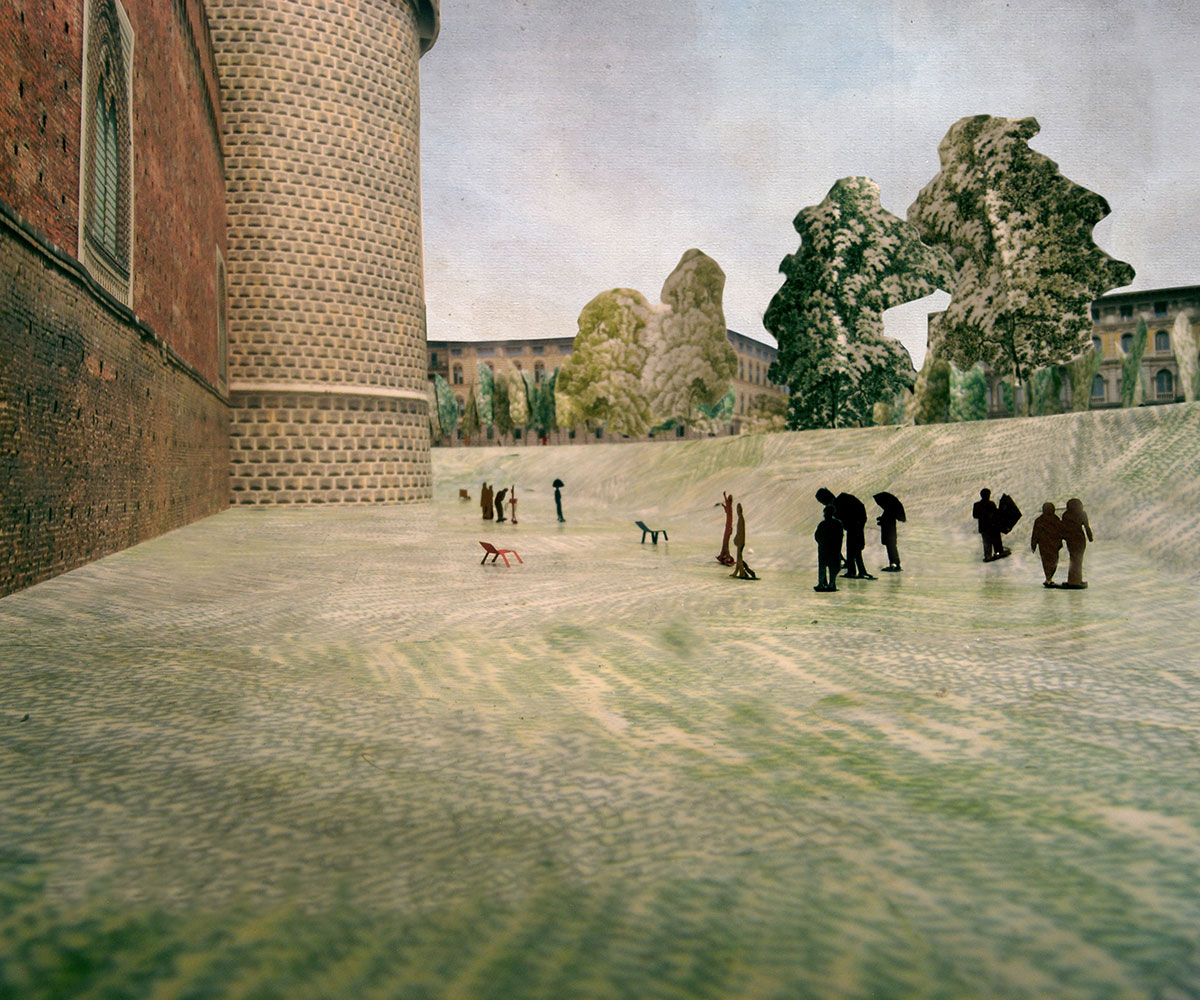 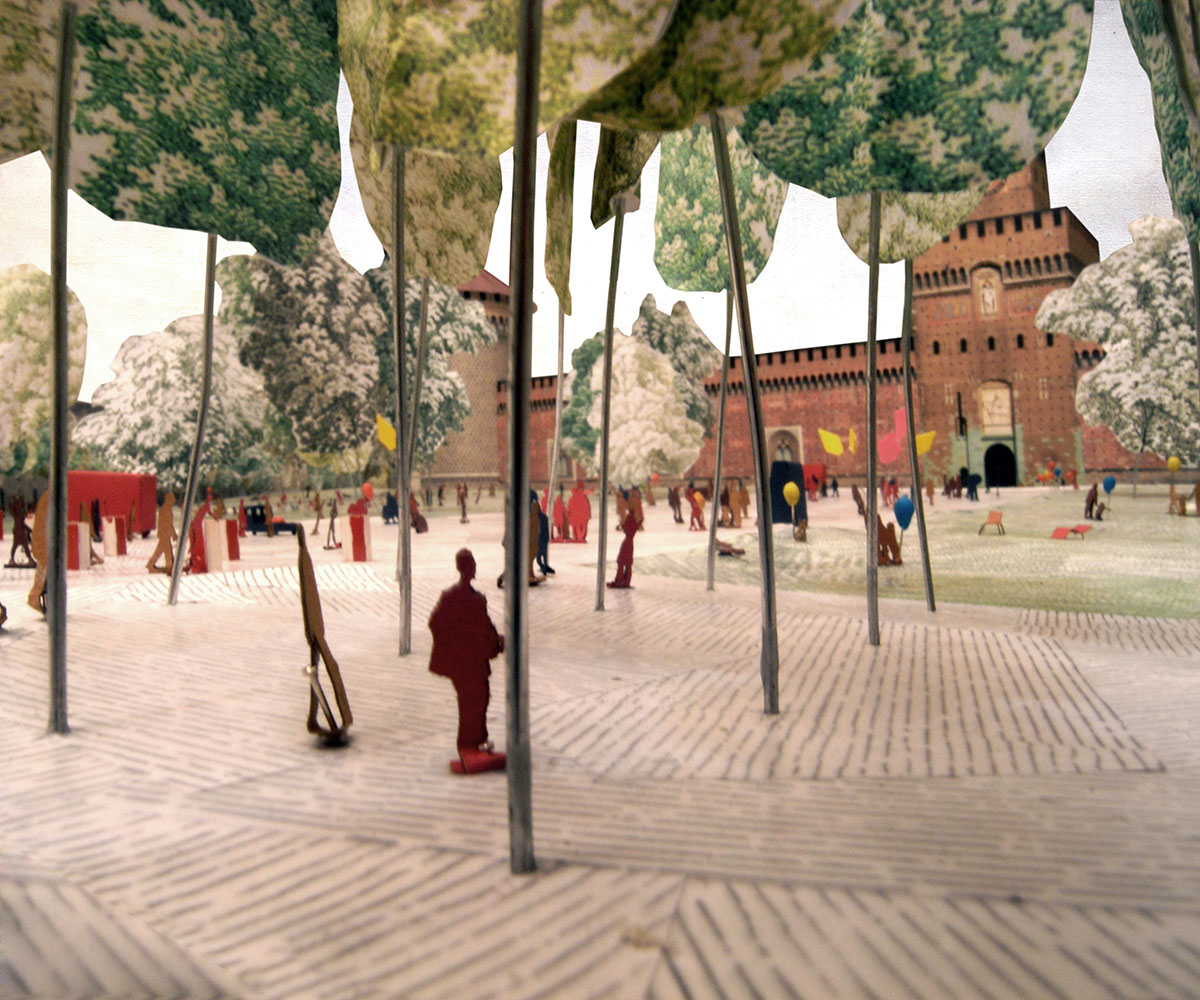 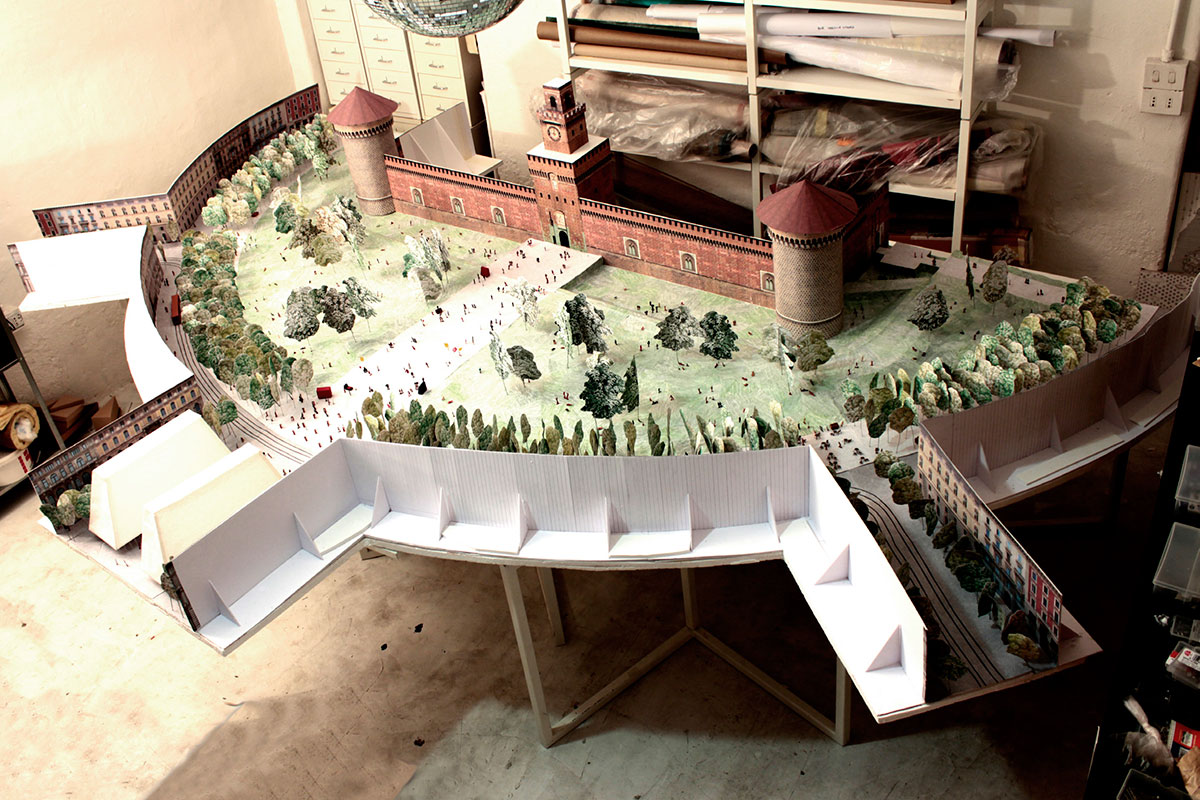 Piazza Castello description by the Architects

Thinking of the Castle and the square in front of it as an urban system is already a project. The first operation, in fact, is the definition of the borders of the intervention. It proposes expansion of the pedestrian area to the entire semi-circle that surrounds the castle, creating a continuous circular urban structure to connect Piazza Castello to Parco Sempione, arraying a complex, rich system of different urban spaces along its entire circumference.

The project proposes a new dimension for an important open space in the city of Milan, reasoning on an urban scale instead of that of urban furnishings, and ambitiously attempting to address the spaces that structure the city. It takes the whole area around the castle as a single, continuous urban system, defining its borders with a large transparent, mathematical and curved space created by the volume of the trees, the sequence and regular rhythm of the columns of their trunks. The continuous ground surface in battered earth that connects directly to Parco Sempione erases the functional differences, providing an open or covered salon that can be freely crossed or occupied, including empty and quiet areas.

The new Piazza Castello, through resonance with existing historical urban elements or newly planned features, attempts to make continuity of a radical past towards a future of modernity possible. The surprising relationship with the topography of the castle area, in a flat city, us underlined by the grassy space that continuously surrounds the building, erasing the decorative dimension of the 20th-century lawns now surrounding the moat.

The topography and the material of the grassy surface adapt to the different level connections between the castle and the plane of the semicircle, forming a whole with the moat that surrounds the castle. The castle is placed at the center of a continuous visible topography in which it is finally possible to define a correct distance from the building, a transparent urban space and a new atmosphere. The entrances to the castle, including those at its sides, are thus enhanced and better utilized.

The project at the threshold of 2015 proposes doubling the system of trees with the arrangement of a series of potted trees of suitable size, as in a gigantic pepiniére, which can then be planted at their same locations when the urban transformations have become permanent. 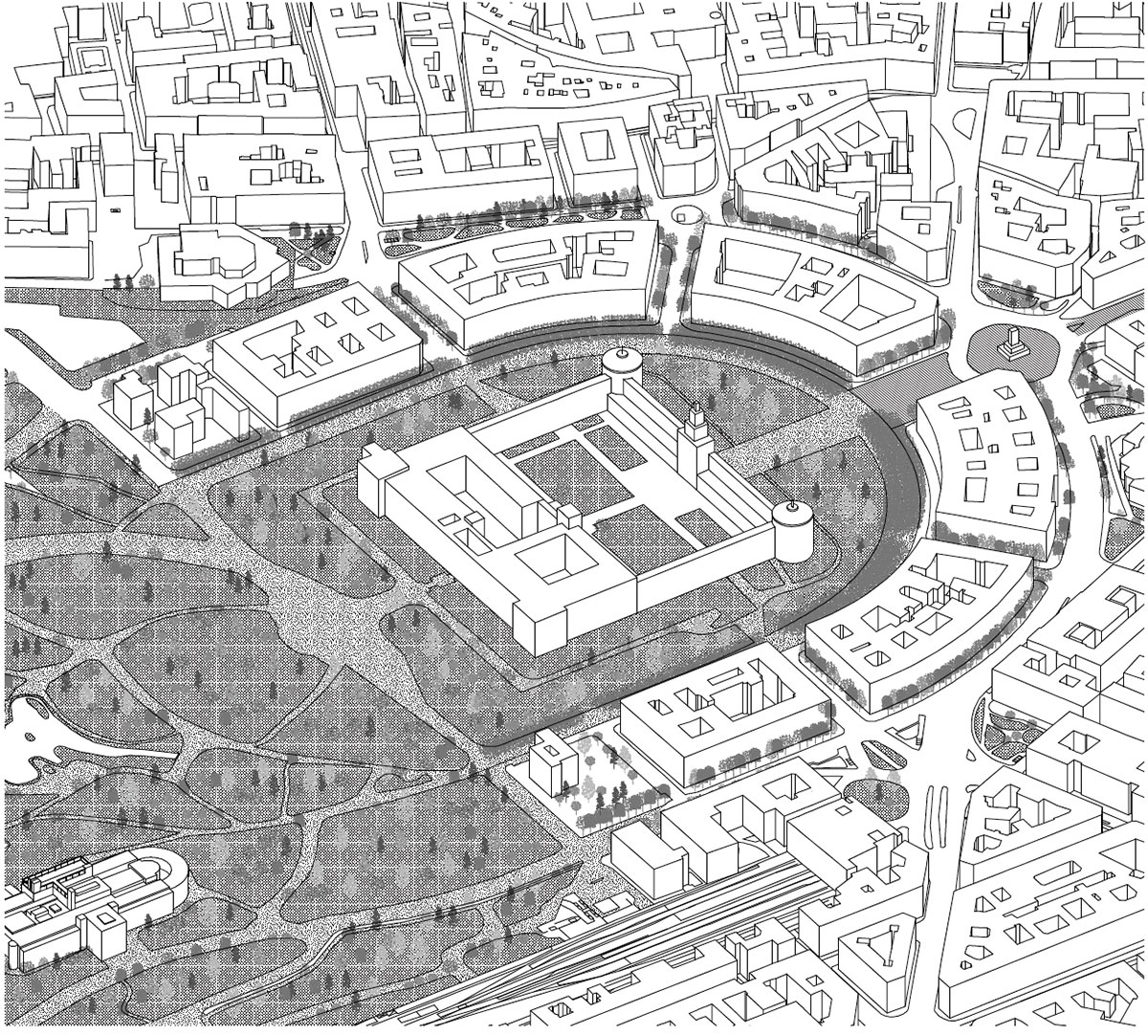 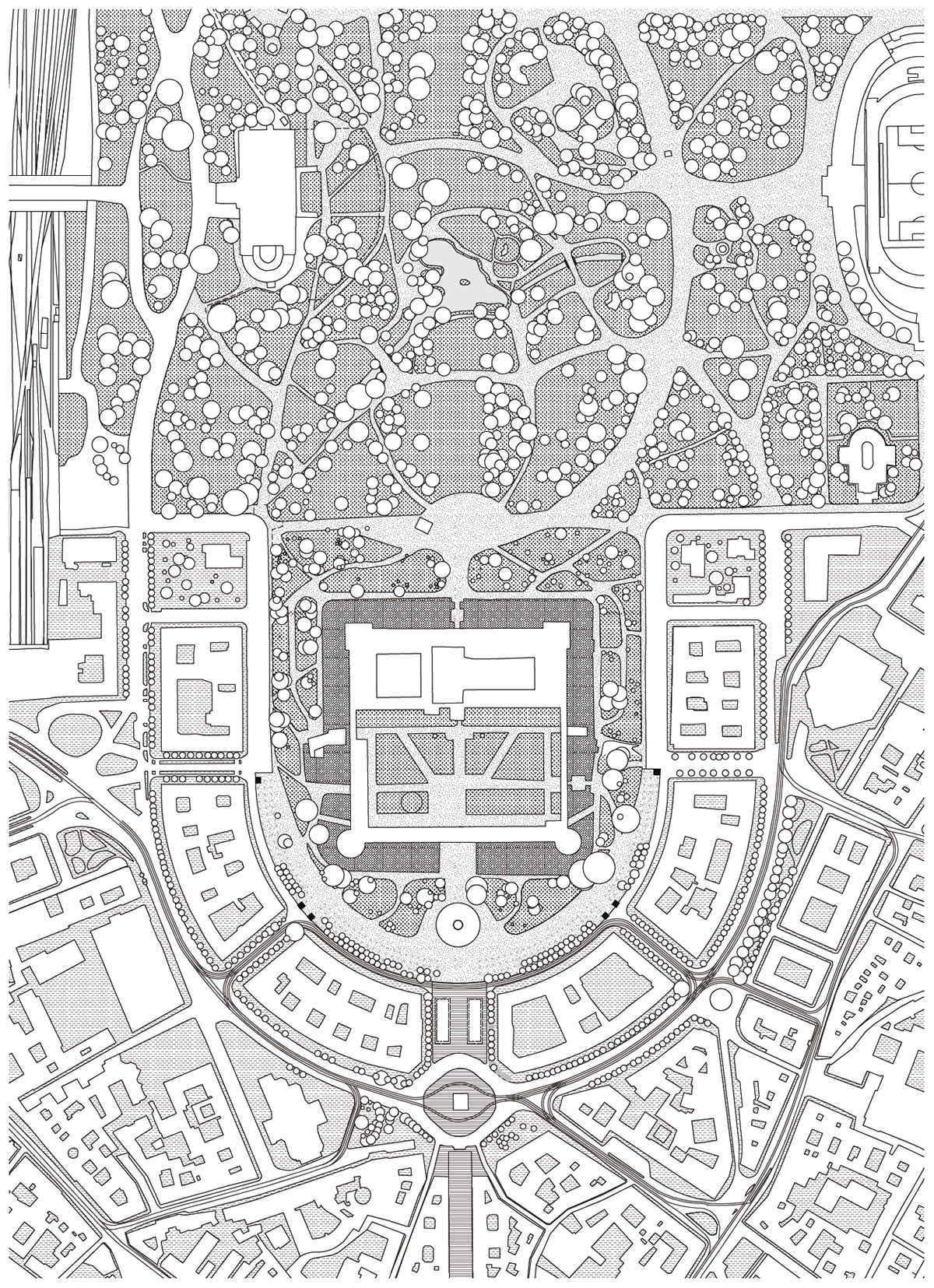 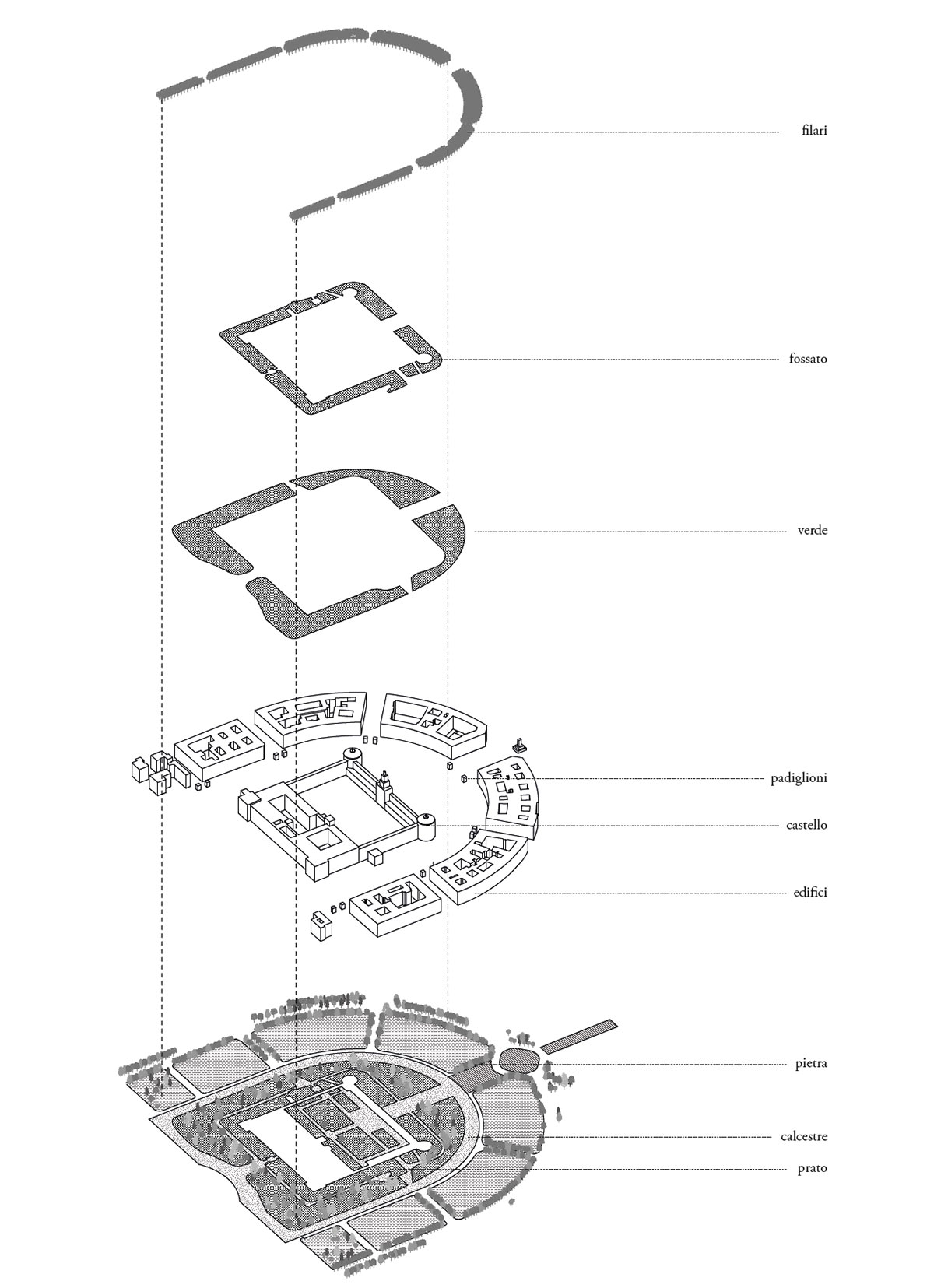 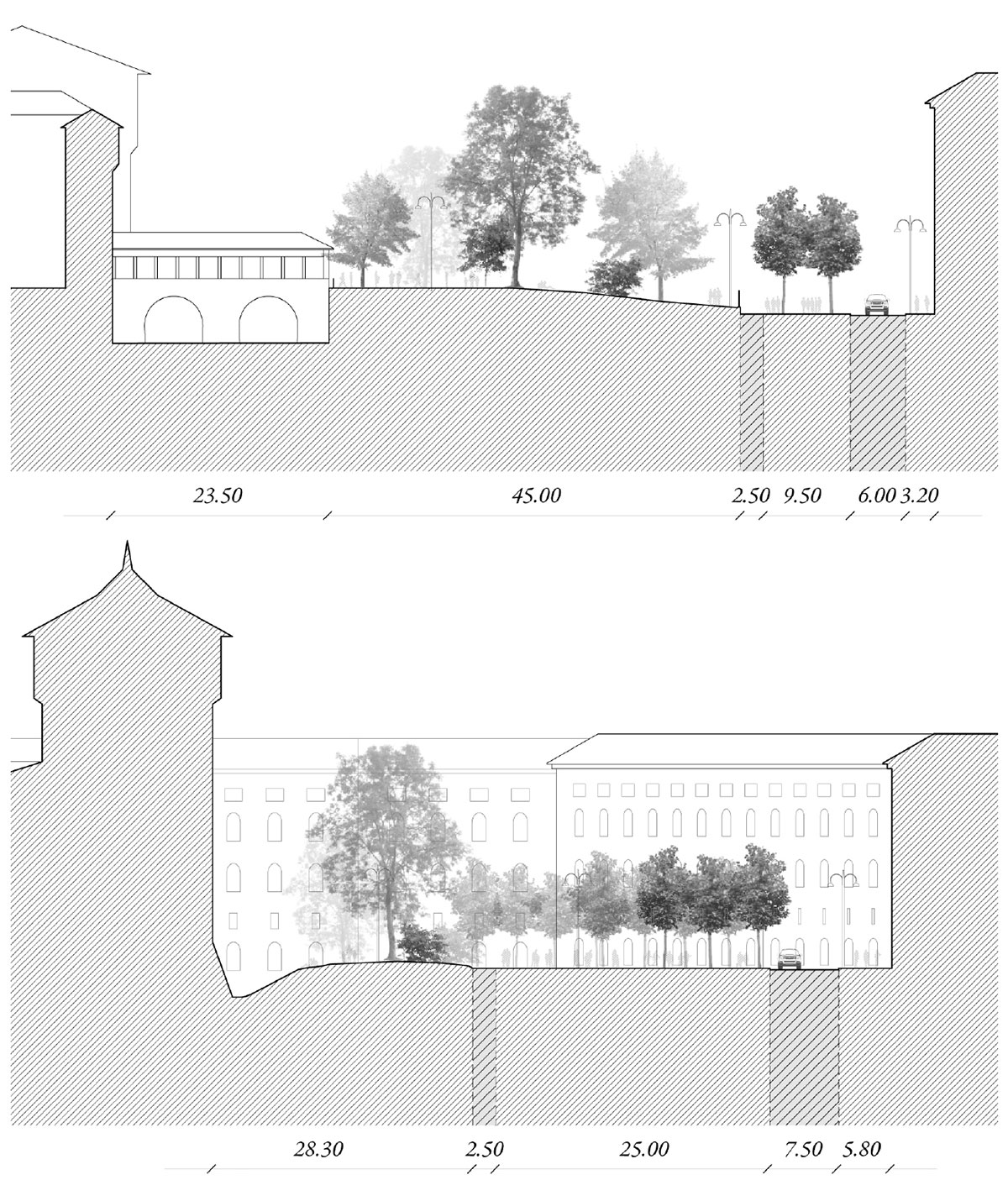 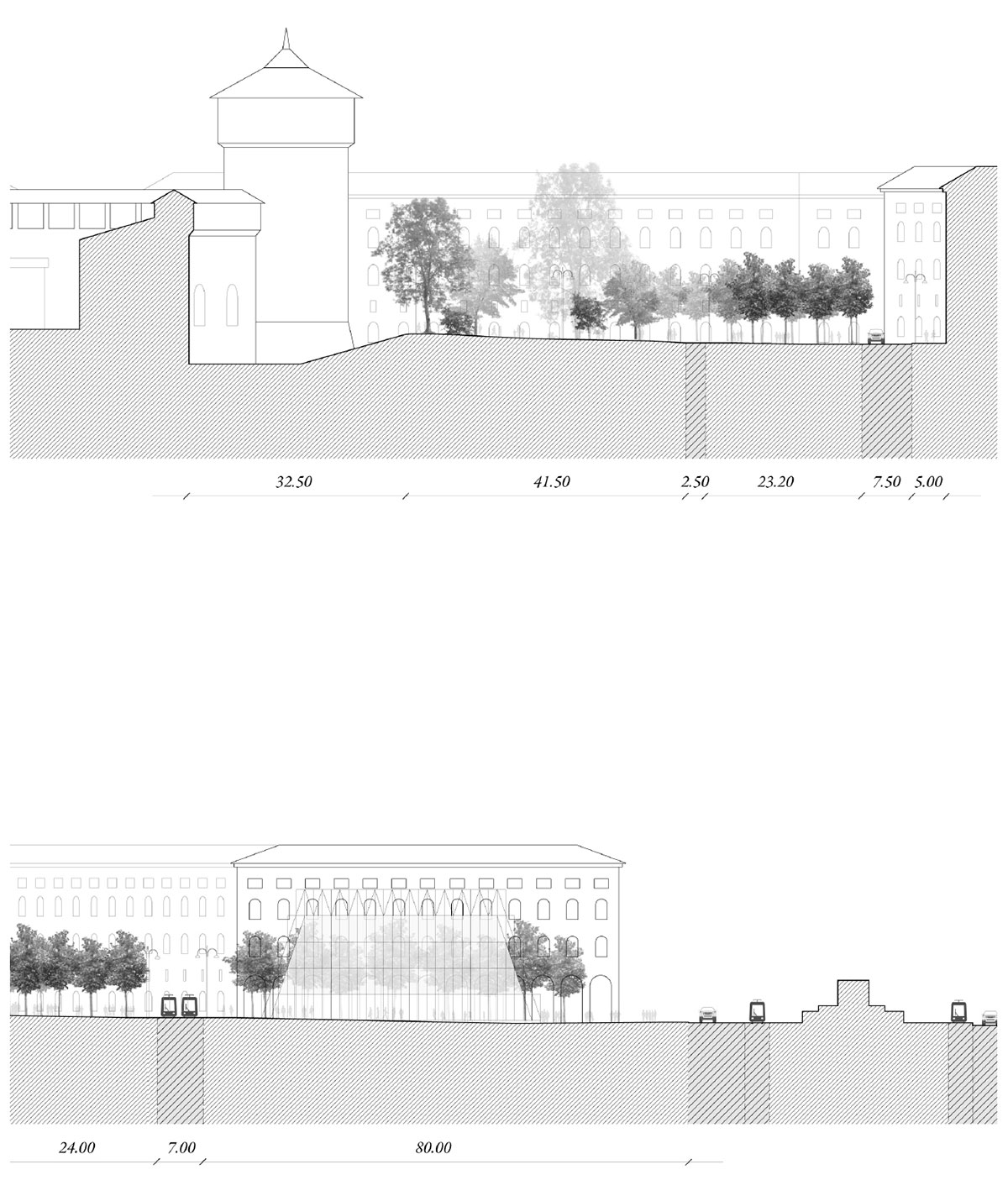 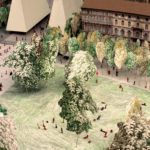 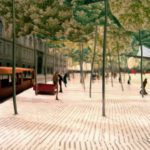 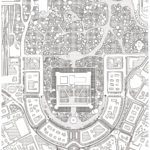 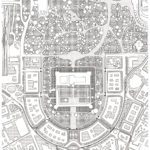 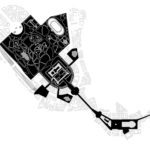 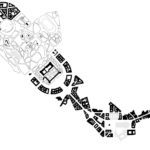 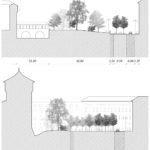 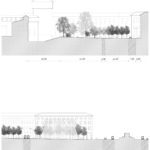