Japanese Teahouses do grow on trees with Terunobu Fujimori 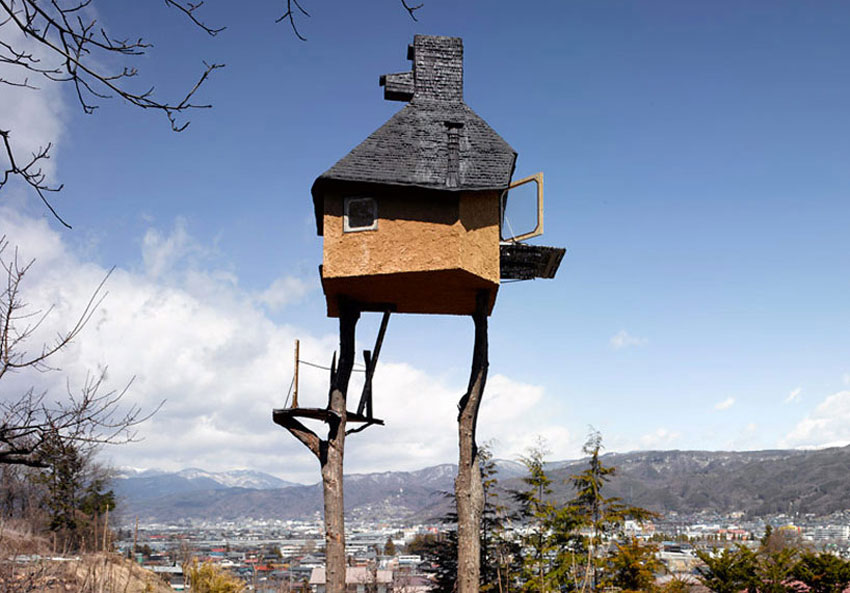 Japanese teahouses by Architect Terunobu Fujimori have attracted prestigious clients such as the V&A Museum in London for whom his Beetle’s House featured his signature charred cladding. The inside of them are simple and modern while the outside are pure fantasy. You can find these tree houses surrounded by gorgeous cherry blossoms (sakura) in location such as the Kiyoharu Shirakaba Museum in Hokuto City, Japan.

He (Tomohiro Hata) has described his architectural approach as “red architecture” – primitive, individualist and eccentric – the antithesis to “white architecture,” which is precise, urban and futuristic. 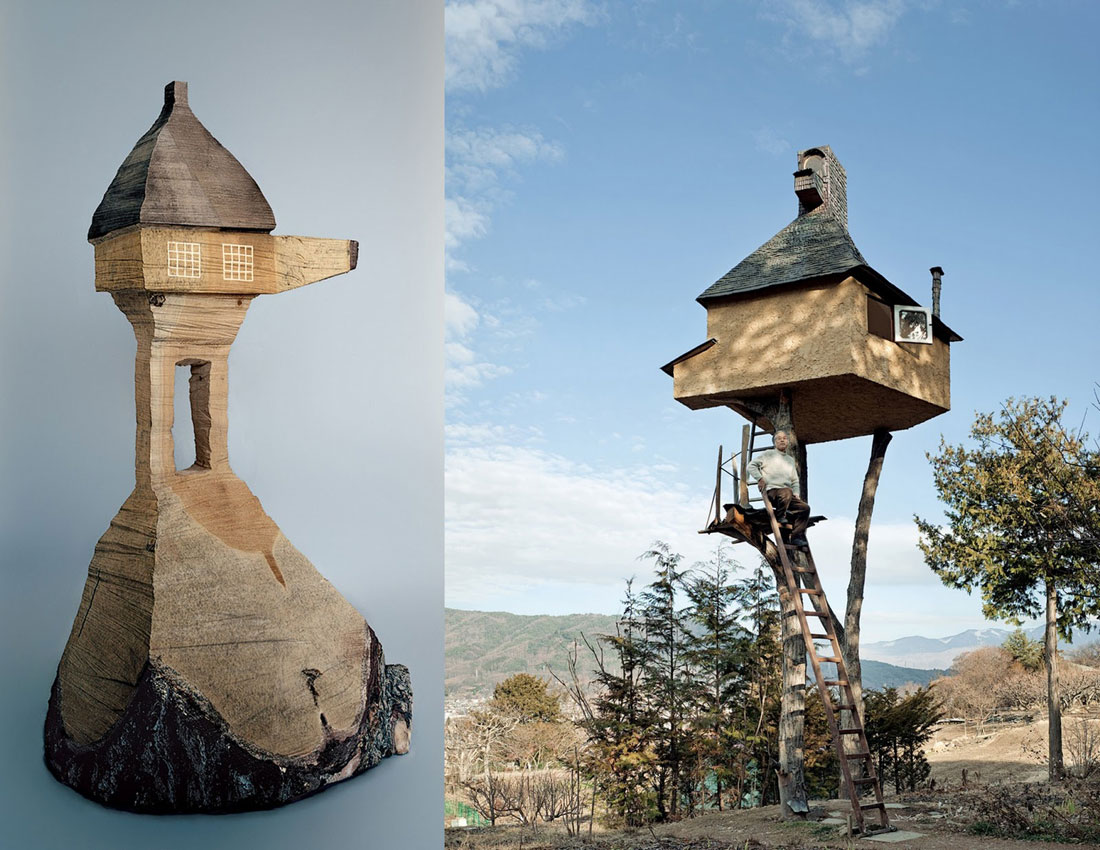 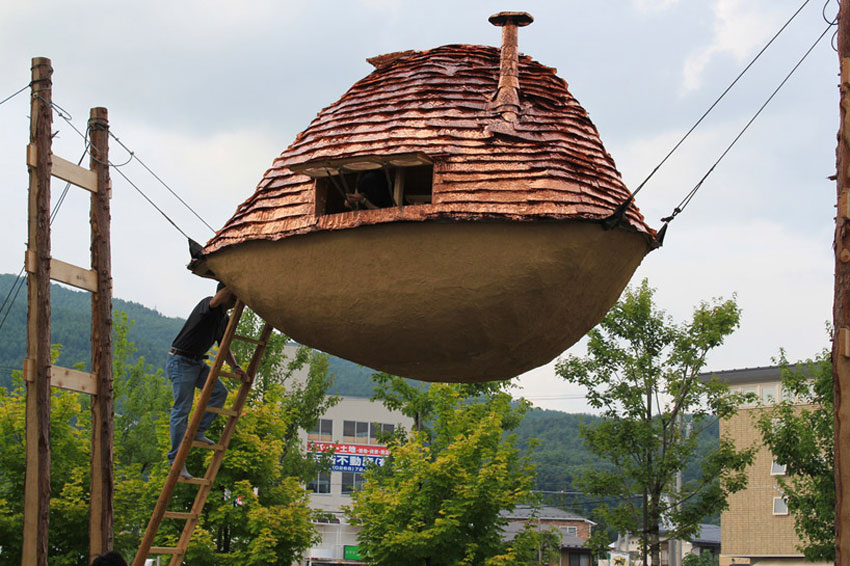 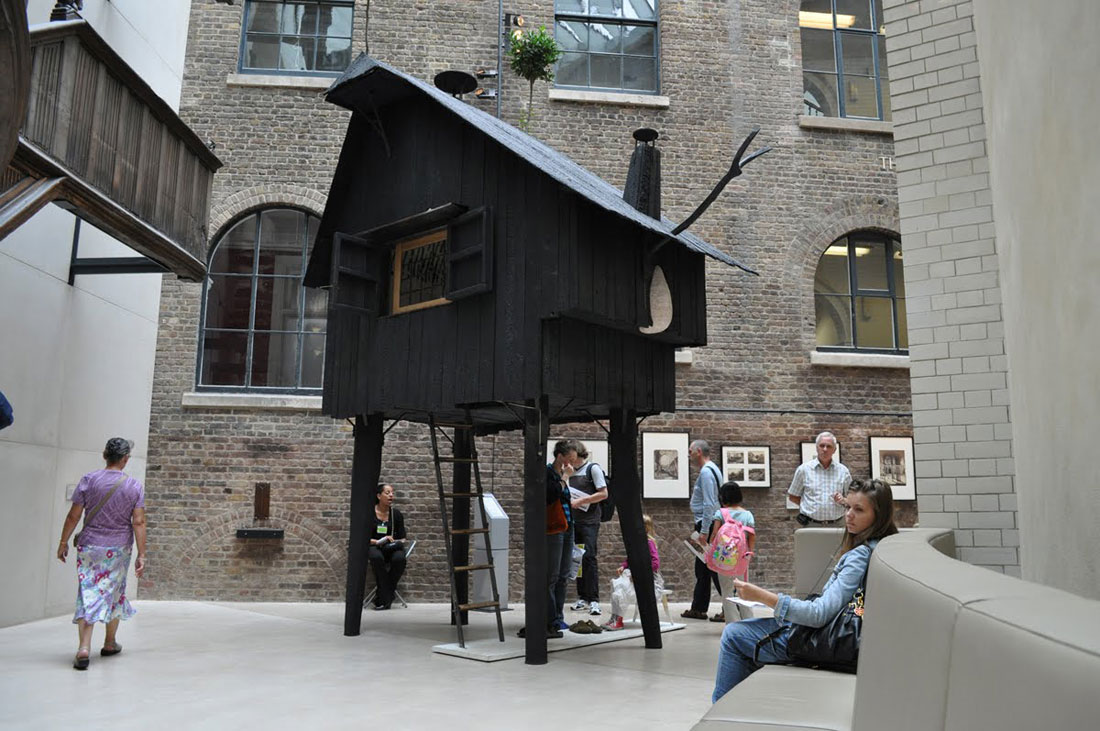 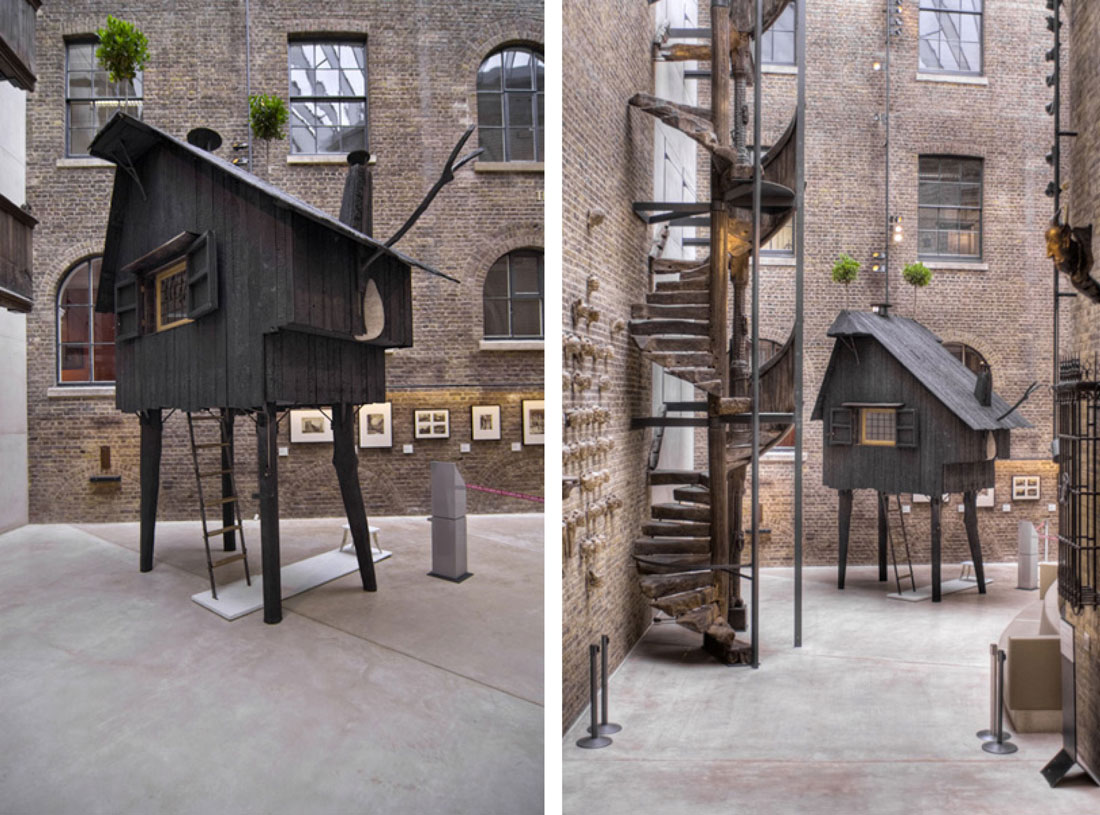 Terunobu Fujimori is an architect who has decided to strip his style from any modern tendency. This Japanese Architect has looked into the depths of what people might call outsider architecture, and culled his work from a place of complete freedom. He is particularly well-known for his small scale teahouses in Japan.

The structure of the Tea Houses constructions are completely free although they all attempt to get down to the basics of construction and materials. They all explore the most ancient techniques to find elegance and grace in Architecture. For instance, the Too High Tea House is made with only three massive logs, the minimum number of structural elements to create a stable construction. The logs are not only the foundation but also the staircase, the space partitions, and the holder of the roof in this house.

In addition, Fujimori uses traditional methods to shape the wood such as Yakisugi technic2  and places great value on the use of local handicrafts for his projects. Whereas traditional cedar wood is used for his yakisugi work in Japan, for his Stork House in Austria, he used locally-sourced oak trees as his primary material. It’s a stimulating look at the possibilities and importance of natural materials.

We have selected two interesting paragraphs  of the Article published by Luise Rellensmannin in Uncube Magazine that explains the nature of Terunobu Fujimori work and the Yakisugi technic.

1. “The image of Japanese architecture abroad is one shaped by high-tech architecture, minimalism and Metabolist urban structures created for the masses by internationally-known Japanese architects such as Toyo Ito, Tadao Ando and Sou Fujimoto. However, there are also a number of architects whose standing at a national level is just as high as the Pritzker Prize-winners, but because of their unique, traditional Japanese style, their work is seldom known abroad.”

2. “Yakisugi is a way of charring (yaki) wooden boards to preserve them against the natural elements in Japan’s humid climate. Traditionally, Japanese cedar (sugi) is used in the process, which results in a carbonized finish that is resistant to insects, rot and, ironically, fire. A master of the technique, Fujimori binds together three boards into a kind of chimney and starts a fire inside of it. Once the fire has spread along the entire length of the wood – about 10 minutes – it  is quickly extinguished. Boards some two centimetres thick are charred, amazingly evenly down to about one centimetre. Fujimori has prepared boards up to eight metres in length using this method.” 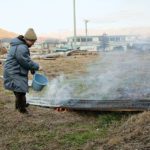 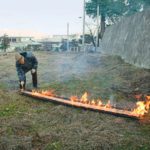 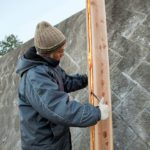 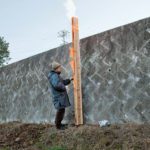 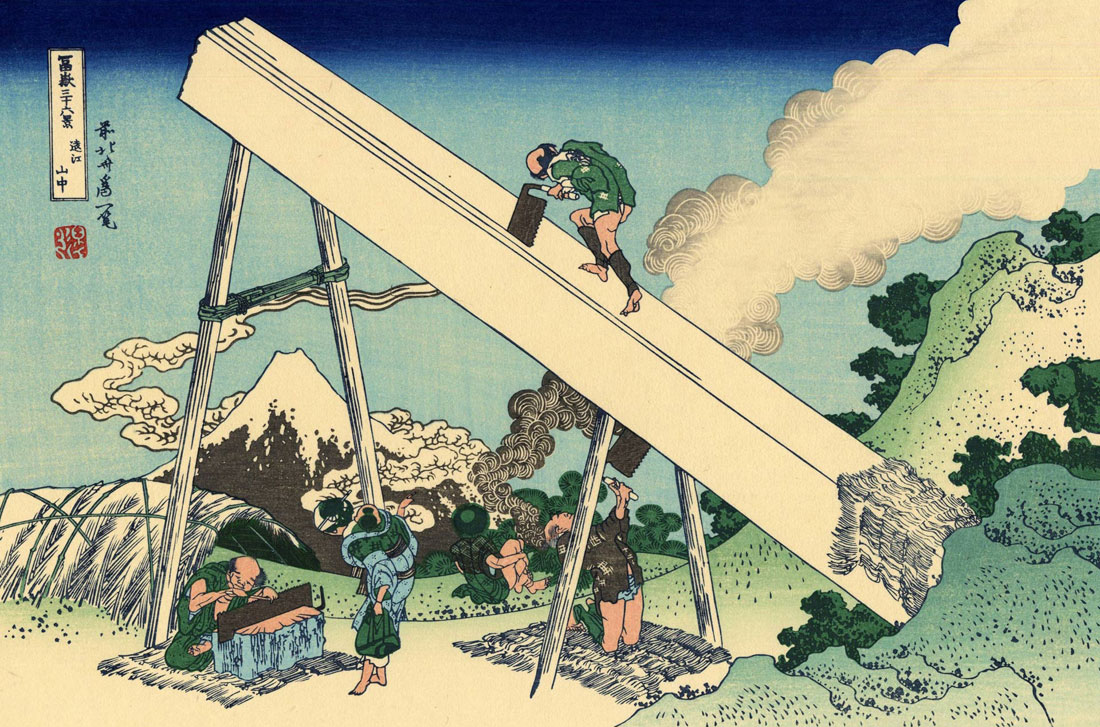 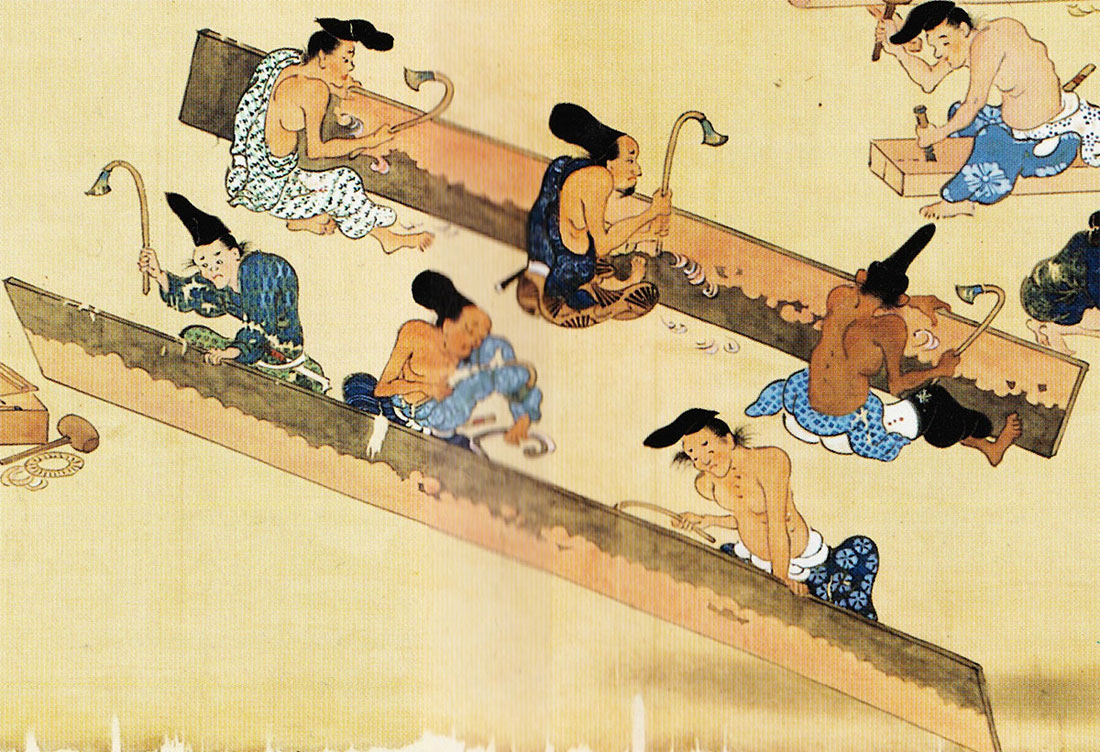 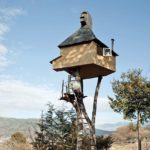 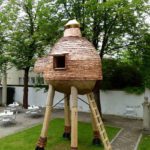 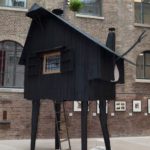 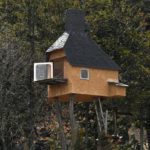 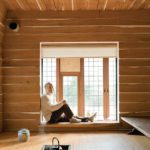 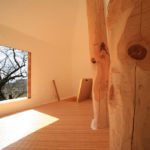 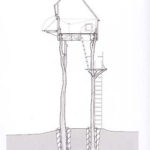 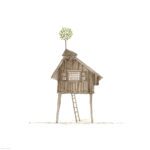 Born in 1946 in Nagano, Terunobu Fujimori is a leading historian of modern Japanese architecture. He completed his Doctorate of Architecture at the University of Tokyo in 1978. In 1991, Fujimori completed his first architectural work, the Jinchokan Moriya Historical Museum in Nagano Prefecture. Since then, he has created a number of original buildings offering continual surprises to the world of architecture.

His work is often characterised by humour, experimentation, the use of natural materials and a break from traditional techniques. He gained widespread acclaim when he represented Japan at the 2006 Venice Architecture Biennale. He is currently an Associate Professor at the Institute of Industrial Science, Japan, and develops projects through the Fujimori Lab at the University of Tokyo.

Cite this article: "Japanese Teahouses do grow on trees with Terunobu Fujimori" in ArchEyes, February 18, 2016, https://archeyes.com/japanese-teahouse-tree-terunobu-fujimori/.