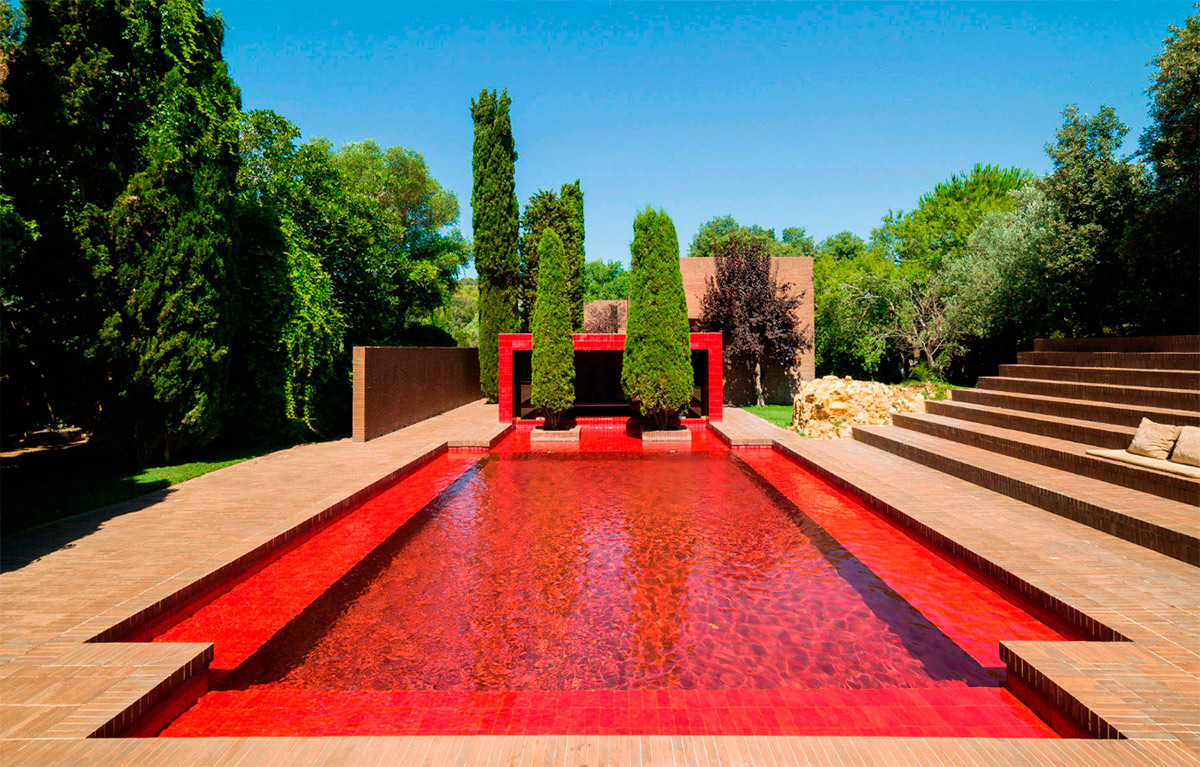 Located at the Emporda in Giron well-known Spanish architect Ricardo Bofill designed a summer house for his parents. Built on the ruins of an old country home, the Family House is organized around a brightly red central courtyard that captures different views of the surroundings.

Fantasy—the unrestrained flow of imagination—is closer to delirium. Creativity, on the contrary, requires concentration, bringing ideas together into a coherent mechanism. I have been looking all my life for the equilibrium that would allow me to have the maximum personal freedom and the maximum creative freedom. But at the end of the day, total freedom—like absolute pleasure—does not exist. It is like a race of greyhounds chasing after nothing.

Family House at the Empordà Photographs 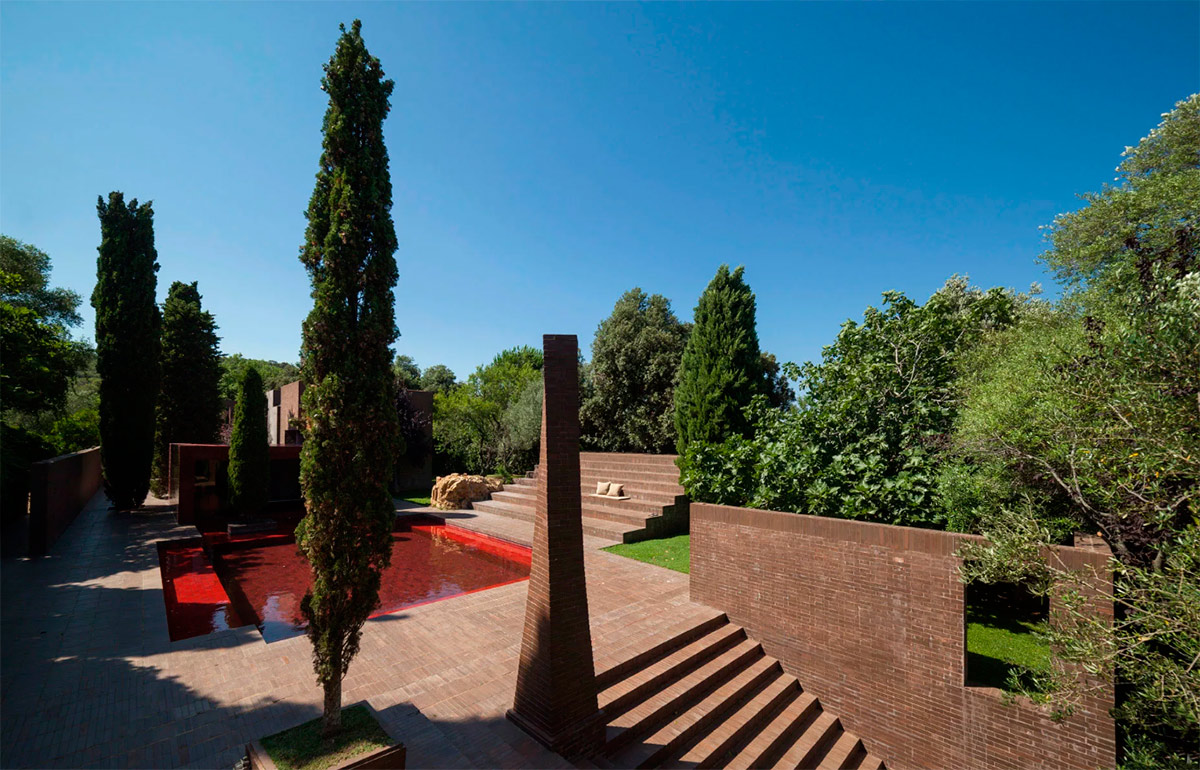 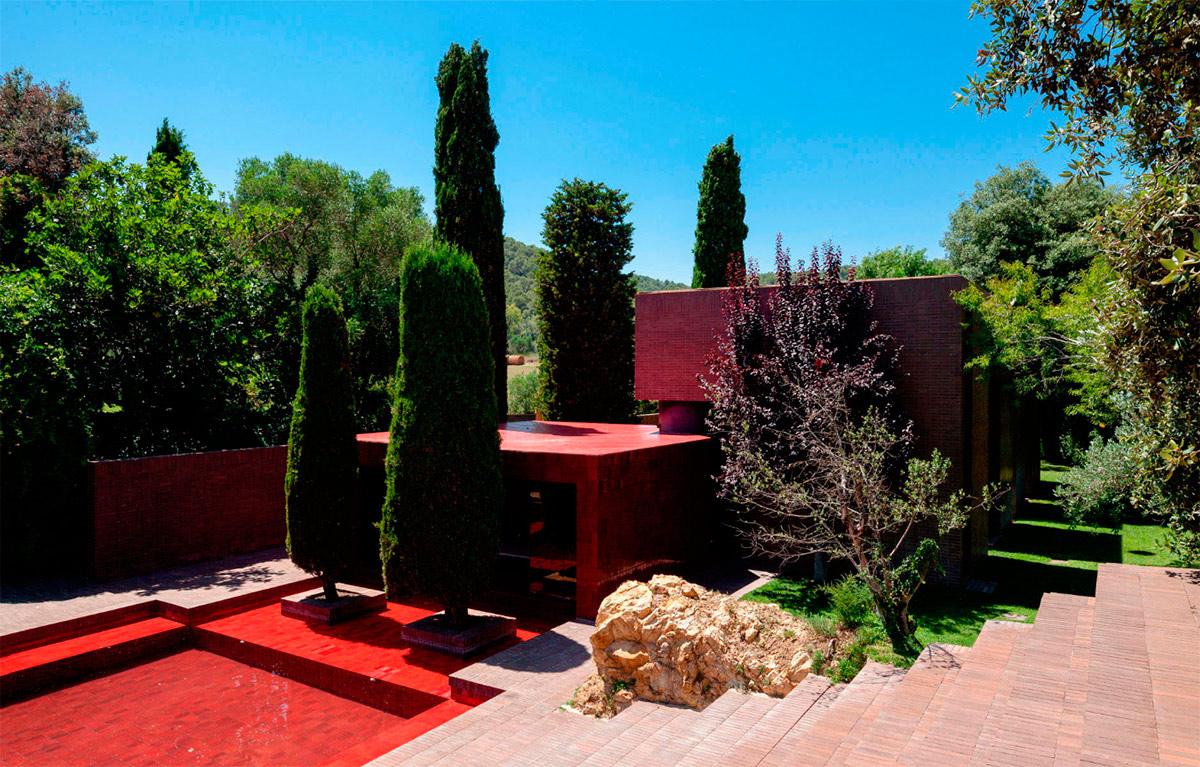 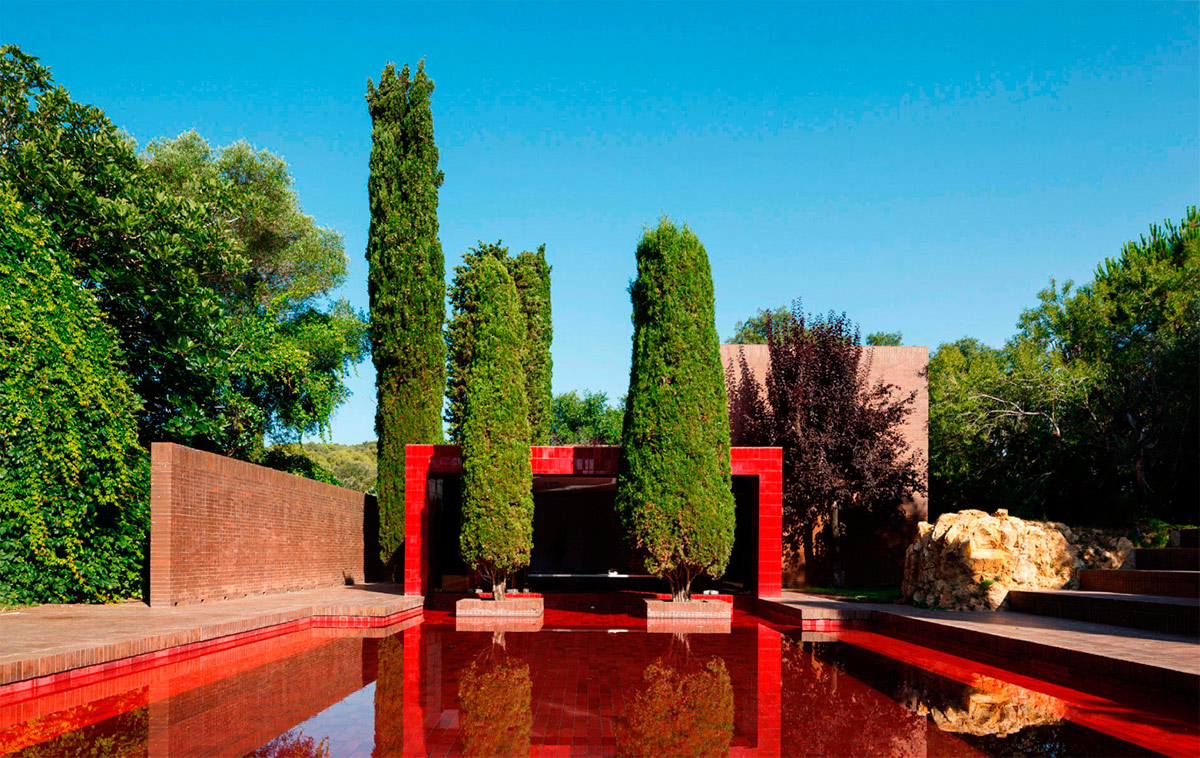 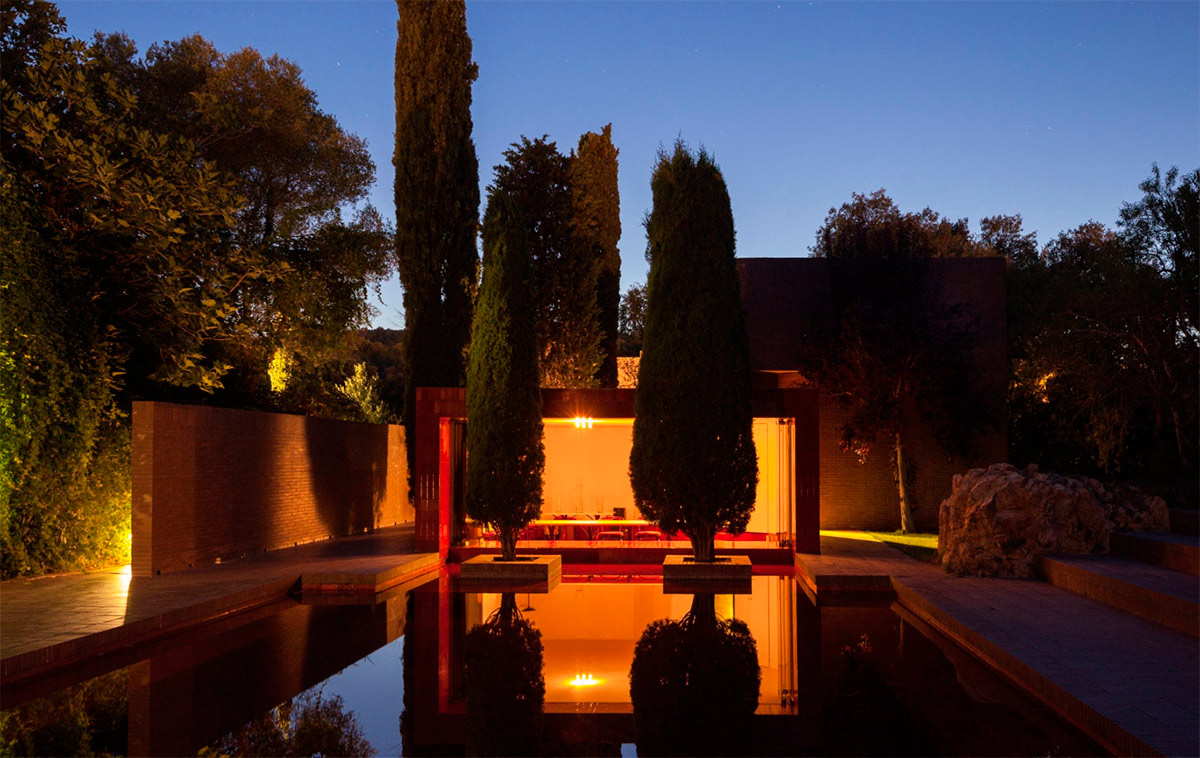 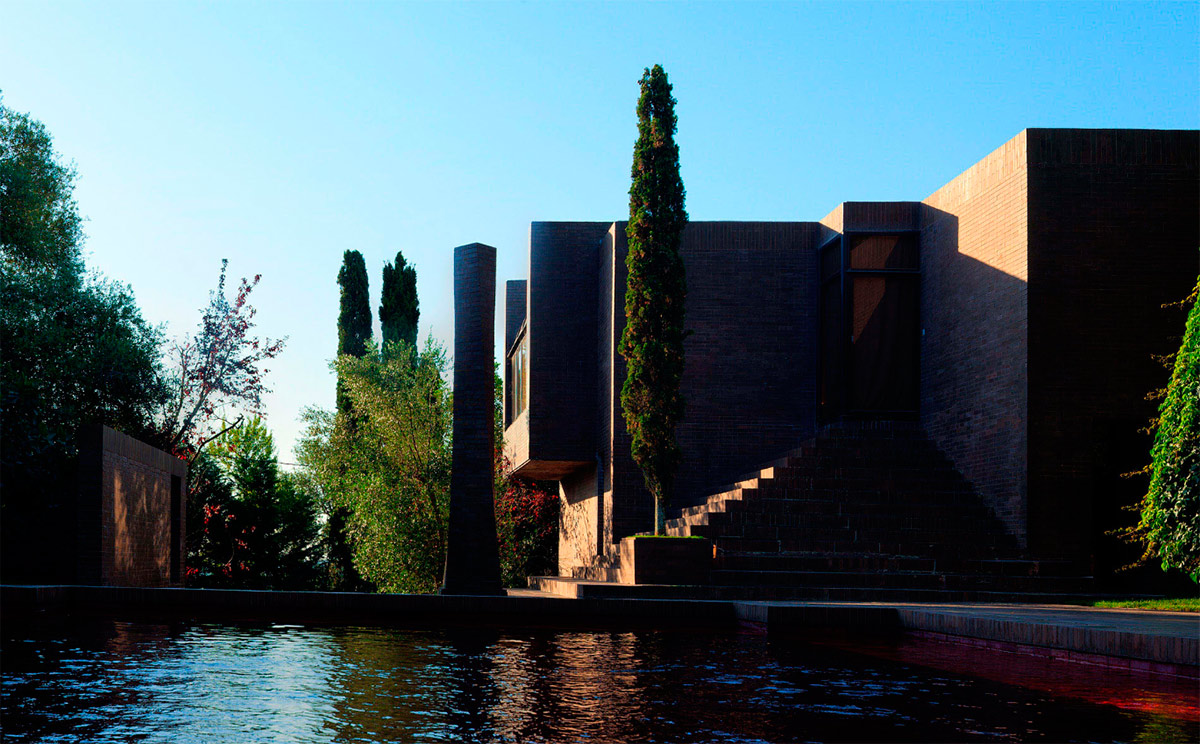 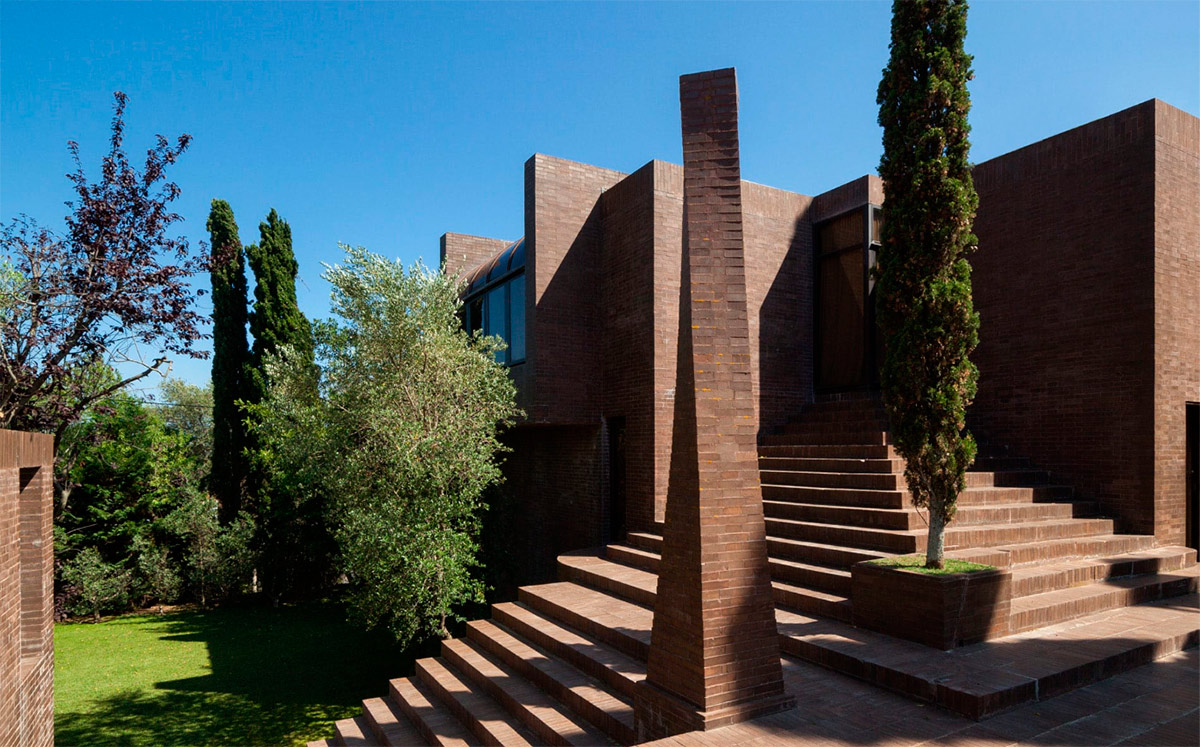 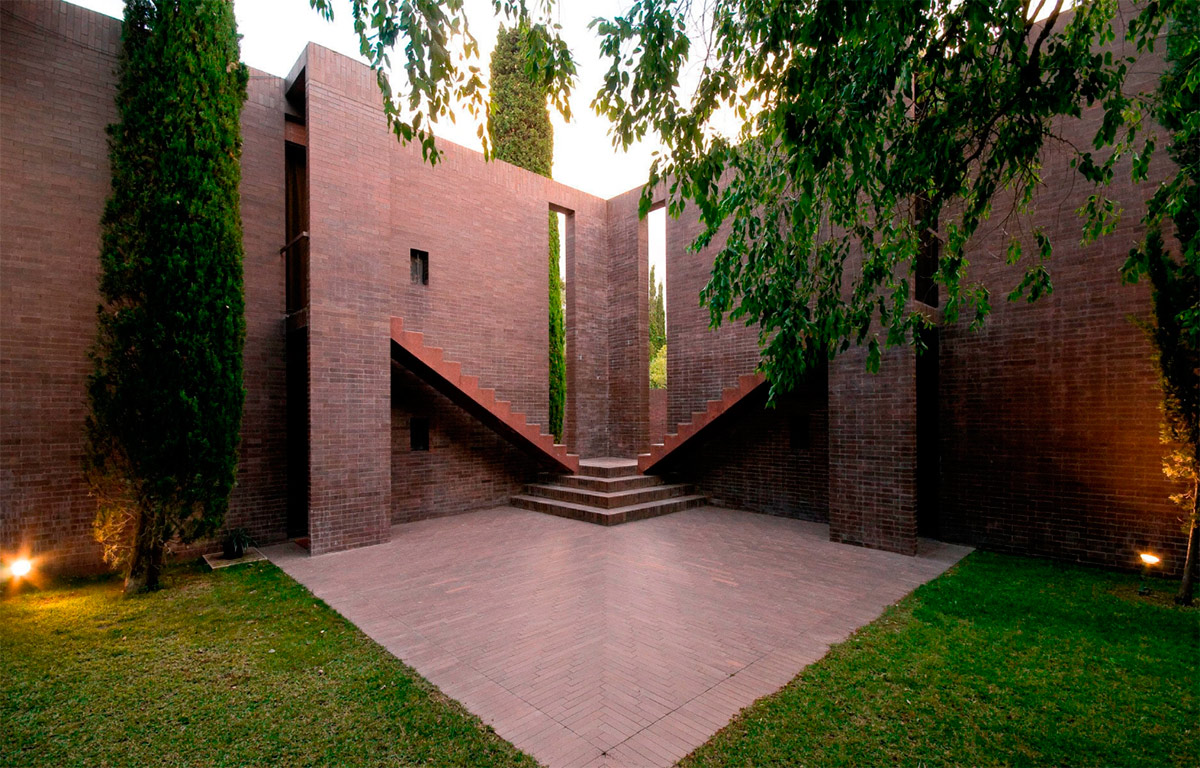 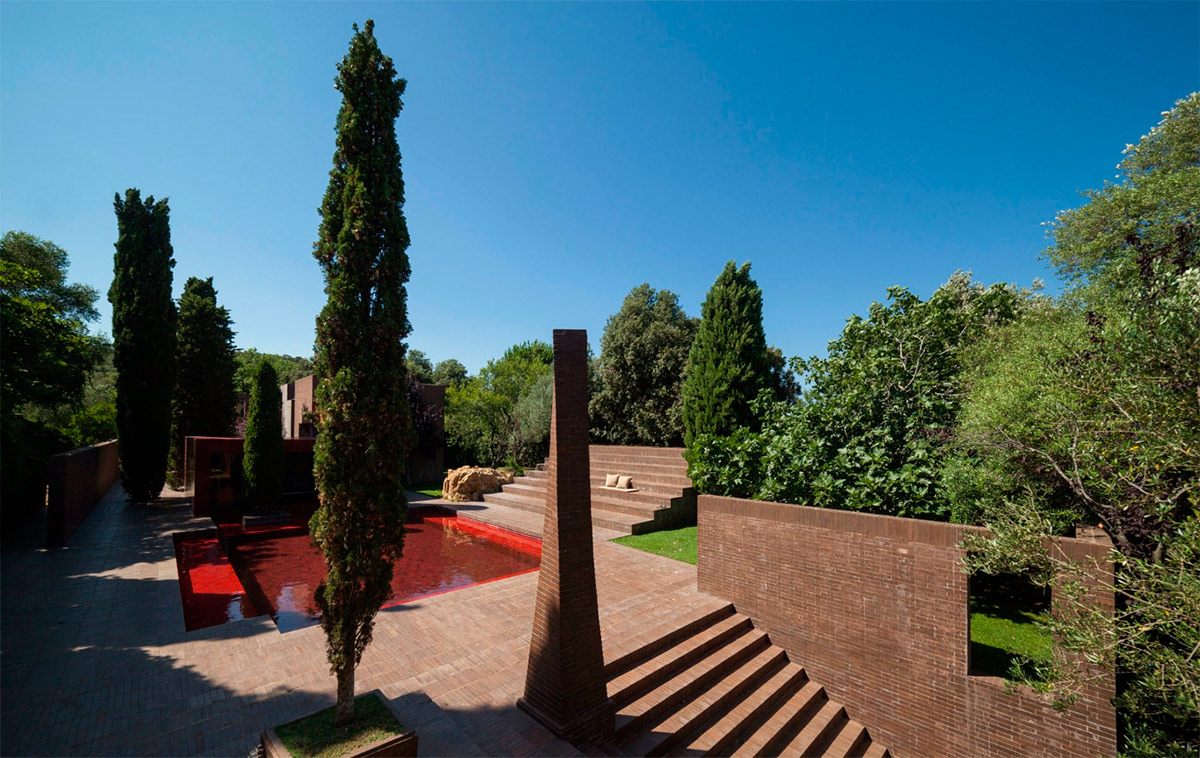 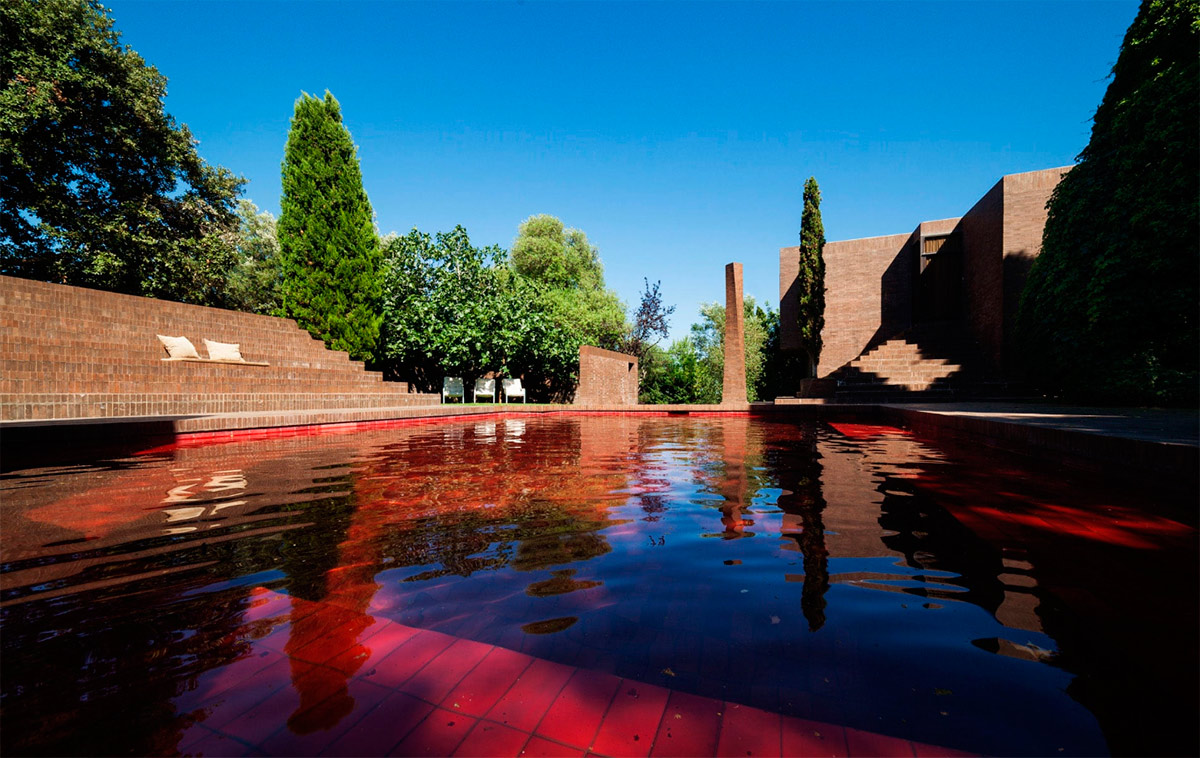 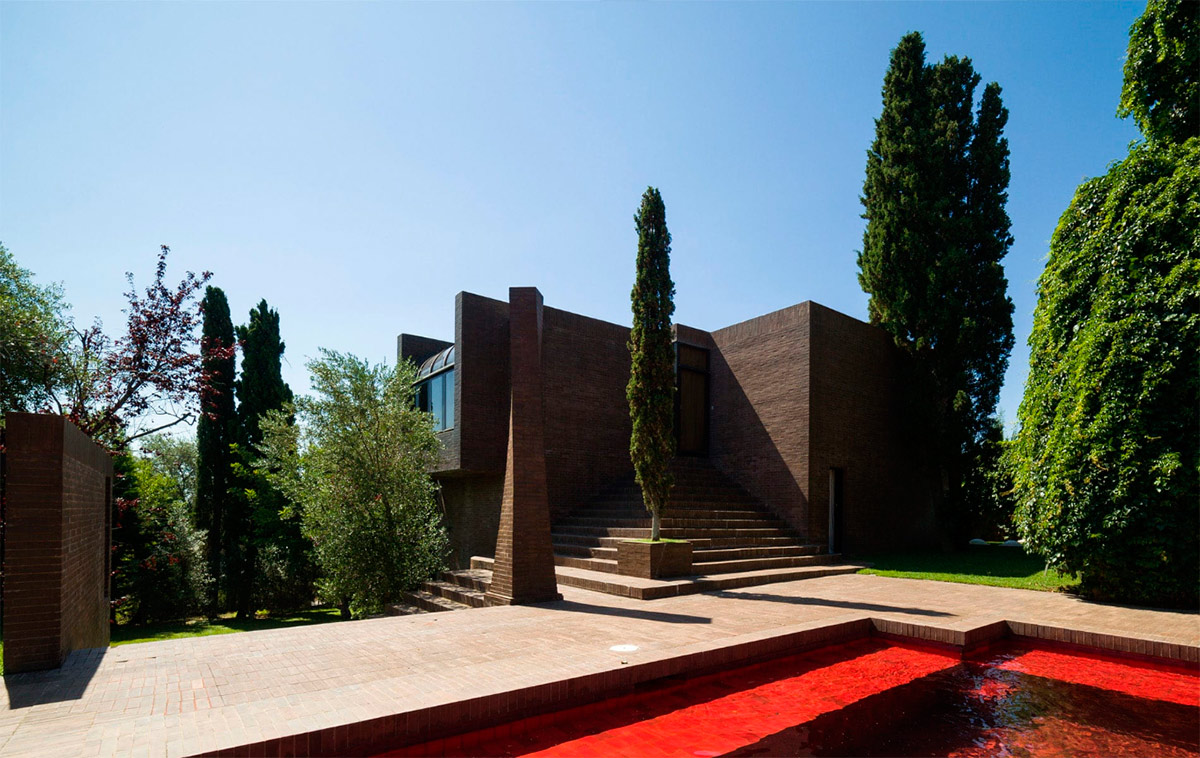 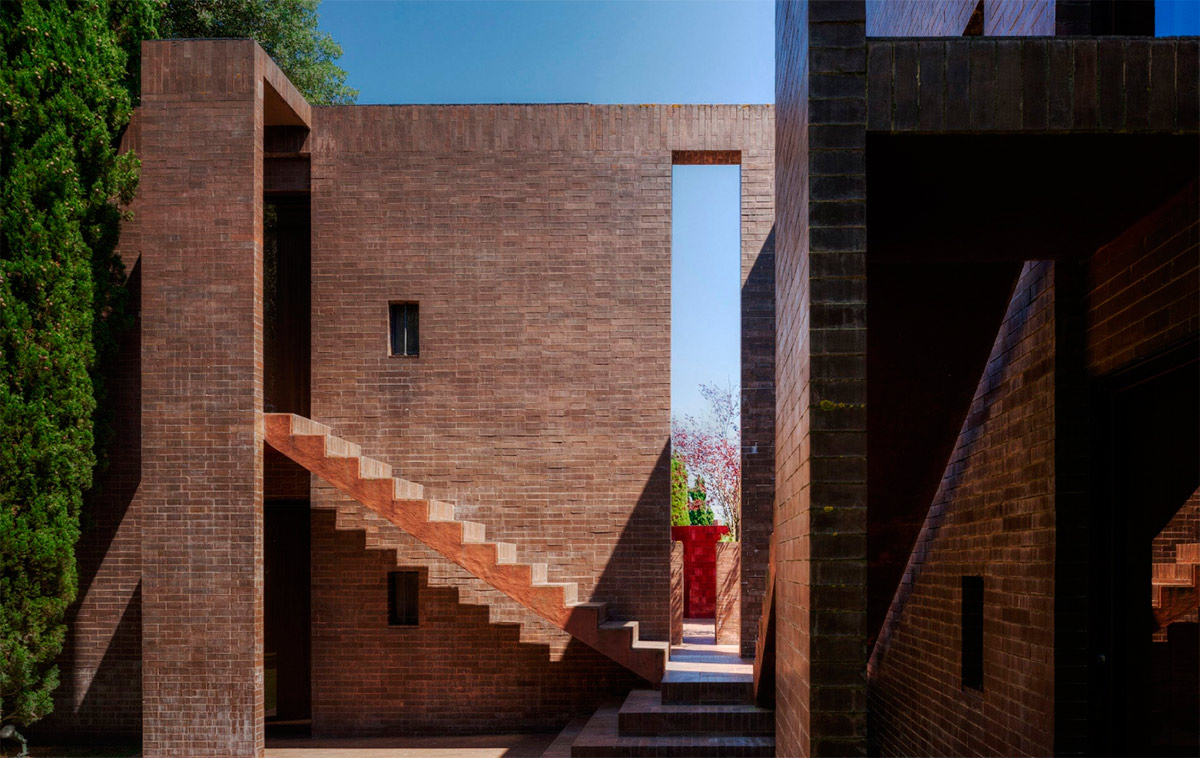 Family House at the Empordà description by the Architects

The summerhouse for the architect’s parents, set in a landscape of hills and woods, is located in the village of Montràs, a few miles from the Spanish Costa Brava and was built around a country manor farmhouse in ruins. The layout is similar to a small town and the ruins are incorporated into the volumes of the house.

The complex consists of several pavilions arranged around a central exterior space occupied by the swimming pool and the main dining room, which stands as an independent pavilion. The pavilions, sheathed in brown bricks are oriented towards the central swimming pool, focal point of the residence. Various corners of relaxation, protected by high walls, contribute to the comfort of the spaces and steps, which are used for sunning, connect the entire built pavilion.

The main body, where the parents live, is composed of two identical volumes: living room with a chimney at a diagonal covered by a Catalan vault, music room, and master bedroom with bathroom and dressing room. On the second floor is the library; on the third are a playroom and a sitting room, which is connected to the swimming pool via exterior steps.

The five independent modules, for family and guests, are bedrooms 3 x 6 x 6-metre volumes with mezzanine, contain a bedroom and bathroom. The main dining room, meeting place par excellence, completely sheathed in red ceramic tile, is oriented towards the pool and is connected to the kitchen and servant’s quarters via a revolving glass door.

All of the built forms, including the swimming pool are built on a rectangular platform, which is a plinth to the entire house. The exterior cladding is dark brown gres sandstone, while the main dining room and the pool have been given an interior cladding of red ceramic.

The complex stands on a rectangular platform, clearly reminiscent of the stilobatos of a Greek temple or of Mies van del Rohe’s Barcelona Pavilion.

Family House at the Empordà Gallery 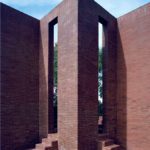 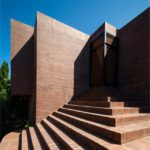 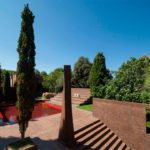 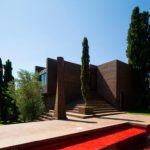 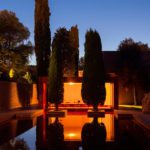 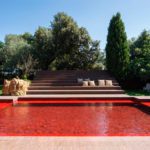 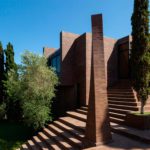 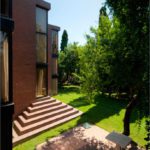 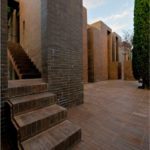 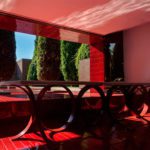 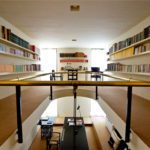 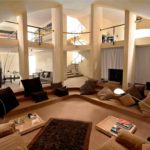