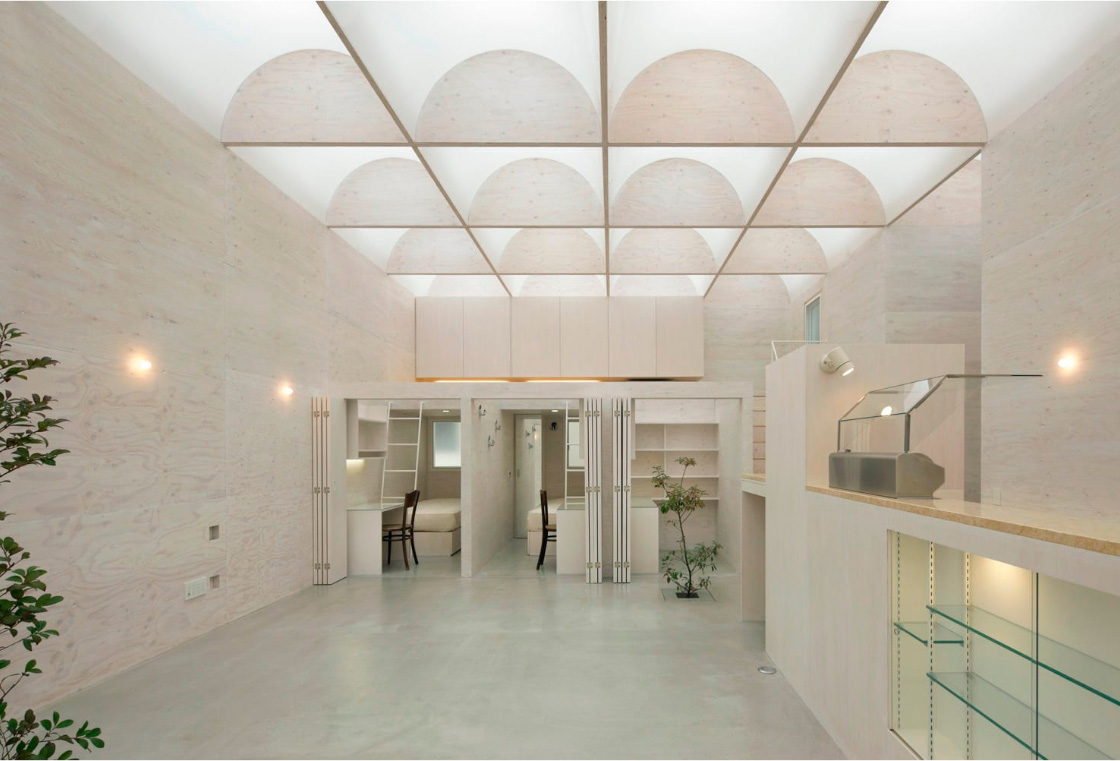 The Daylight House designed by Japanese Architect Takeshi Hosaka and completed in 2011  is a house in which residents live under natural lighting from the sky.

The building was structured by laying a basic grid (approx. 1500mmx1600mm) over the site, and using the volume of a single high-ceilinged room with a bedroom, kids’ room and study partitioned off using fittings approximately half the height of the ceiling. The expanse of the entire ceiling can be felt from any room 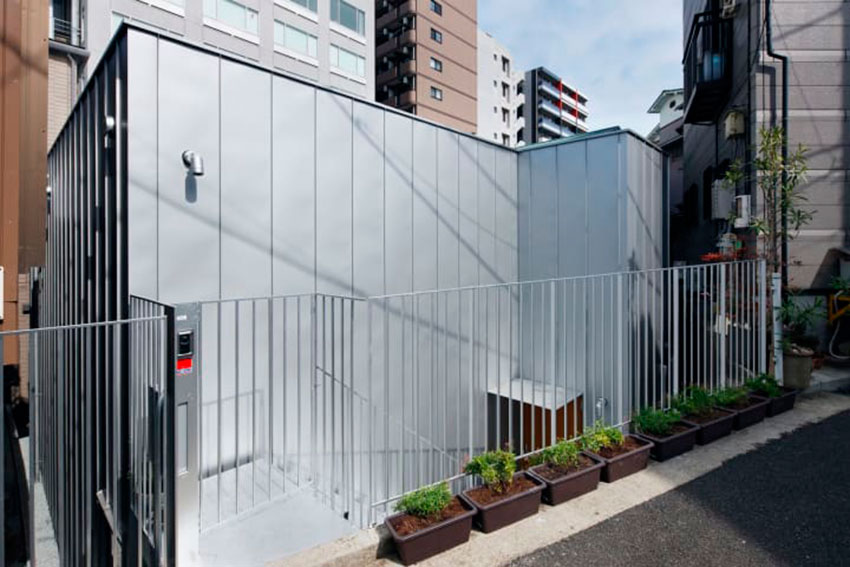 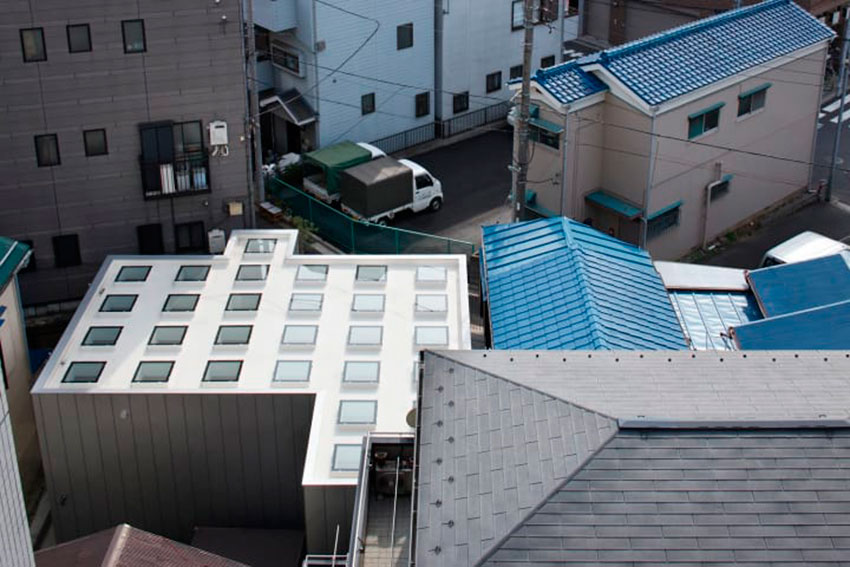 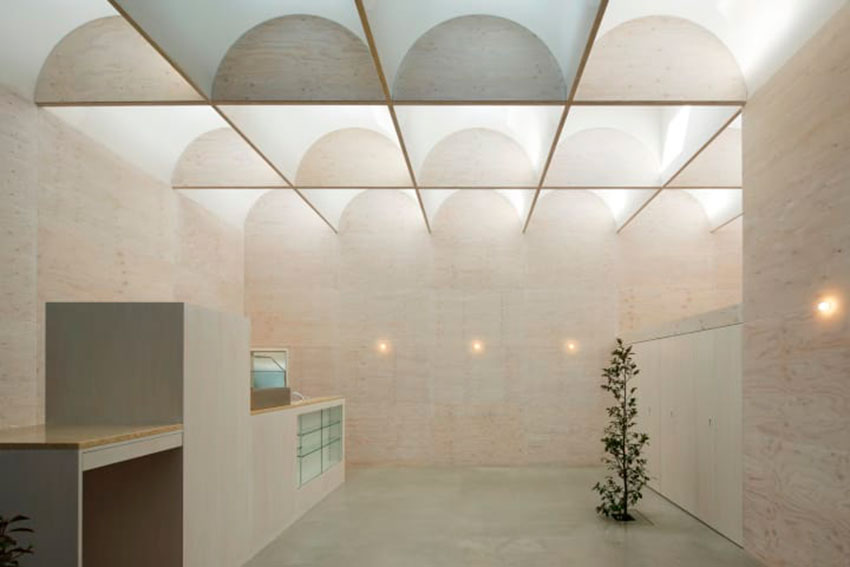 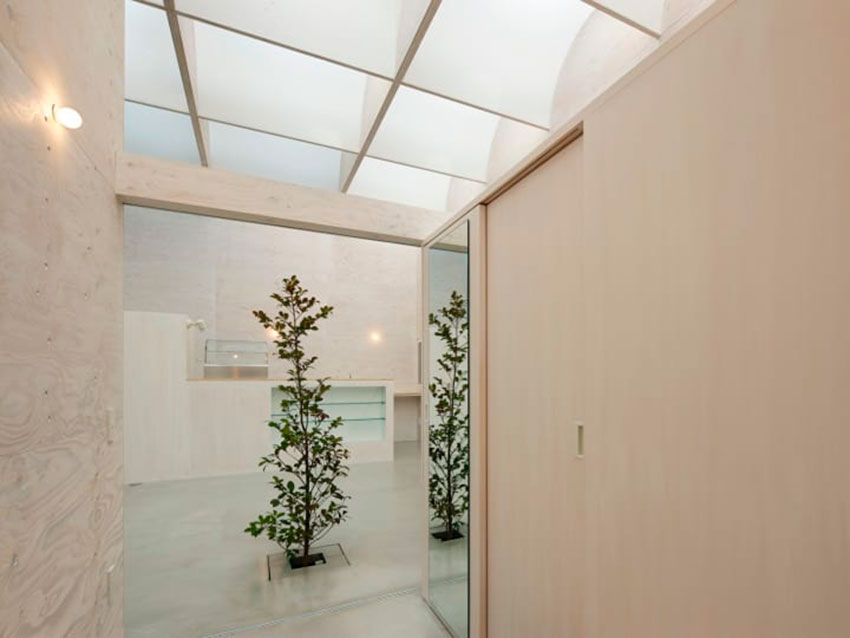 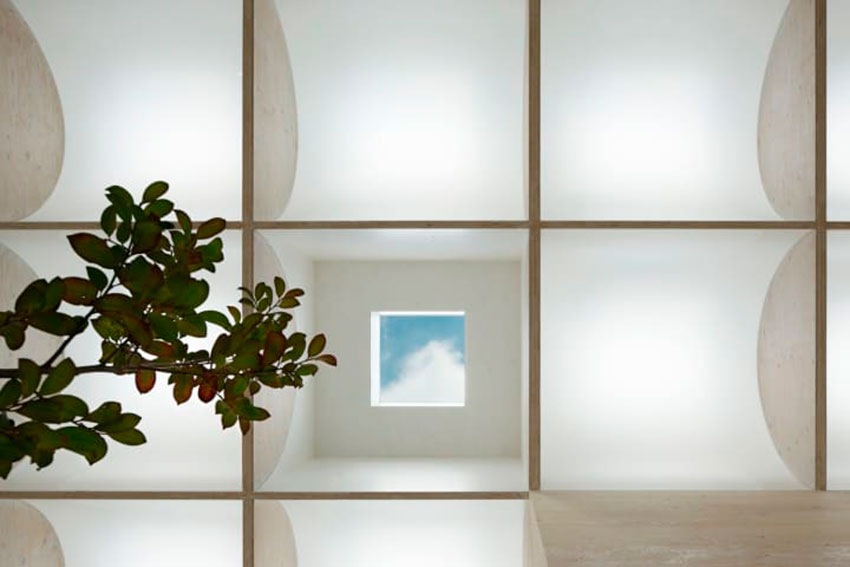 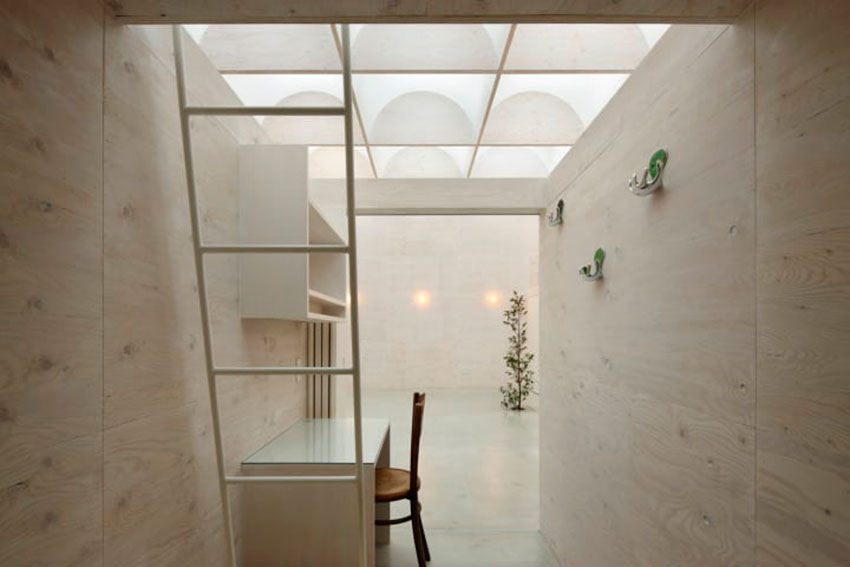 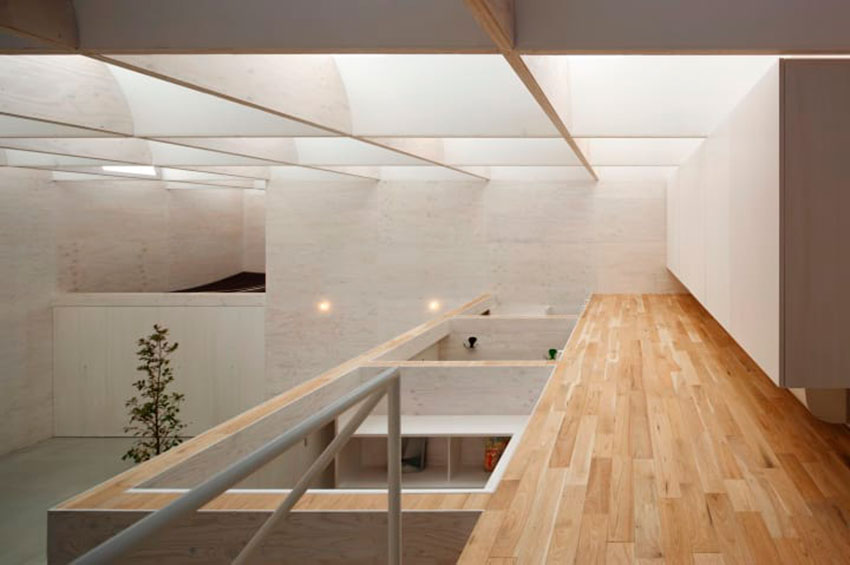 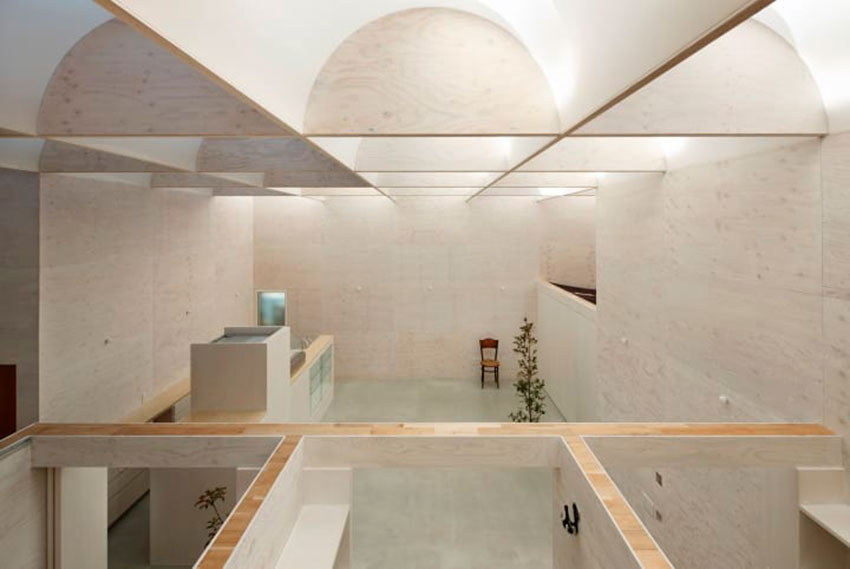 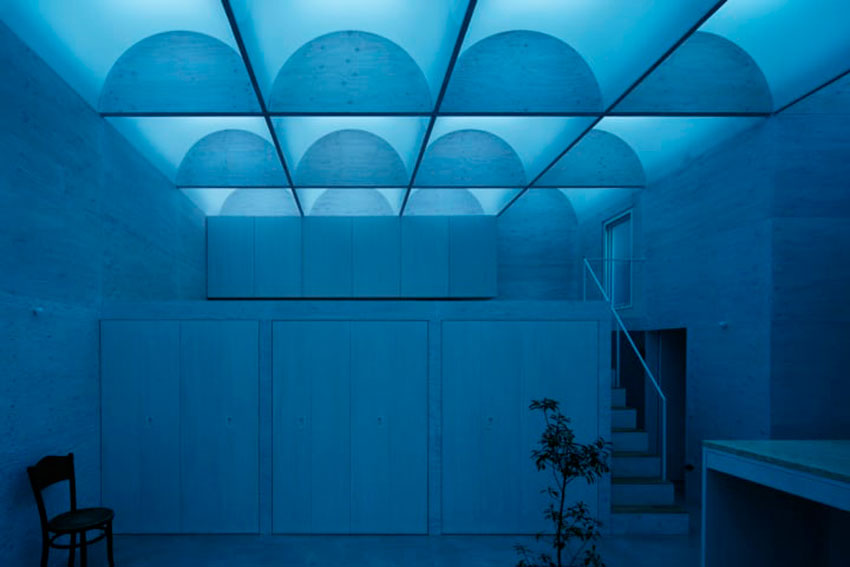 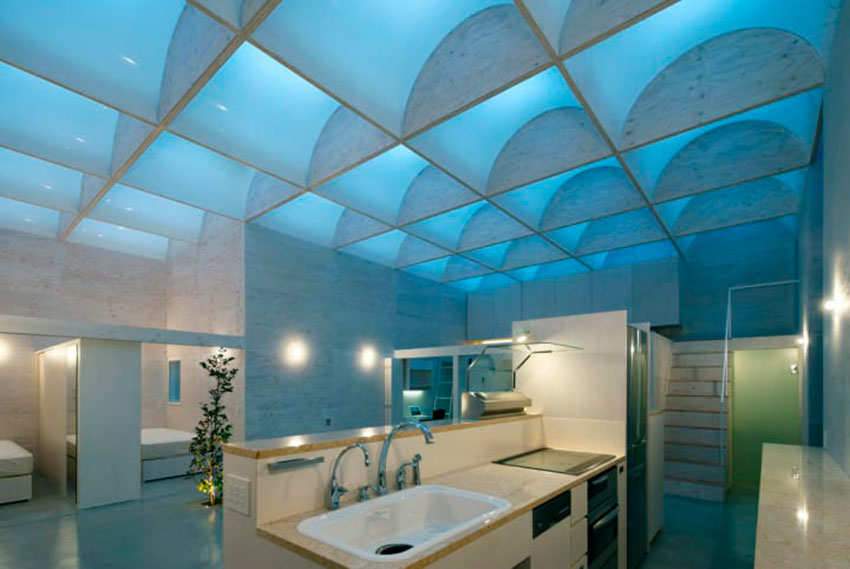 Daylight House description by the Architects

The site is five minutes walk from the railway station, and it is surrounded by a mixture of detached dwellings and 10-floor condominiums and office buildings. In this location nested in a valley between buildings, the light streaming down from the sky above felt precious. A couple with two children planned to build their home in this spot.

The building was structured by laying a basic grid (approx. 1500mmx1600mm) over the site, and using the volume of a single high-ceilinged room with a bedroom, kids’ room and study partitioned off using fittings approximately half the height of the ceiling. The expanse of the entire ceiling can be felt from any room

As the inside space is in full view from surrounding tall buildings merely with transparent toplight, the decision was firm from the beginning to install the ceiling under the toplight. Through the installation of the ceiling to make it possible to delicately feel the change and expression of the sky through it rather than directly looking up, coming up with an idea how to configure the indoor space to sufficiently acquire the feeling of outside expression became a focus of attention. When it comes to the ceiling, it is a white acrylic vault board ceiling enabling the projection of the subdued expression of light and sky coming through glass toplight on the ceiling surface. In addition to the mortar floor and larch plywood wall, the concrete white acrylic surface of high visibility is deprived of its concrete existence by its detailed treatment as if there is no brick mold. In doing so, the surface loses its concrete existence and acquires its abstractness as if only the light and expression appear at the upside of the inside space.

There is a window (900mmx700mm )in each room. By this window, the wind blows through the whole house. The person can spend it comfortably.
There is an air space between the acrylic surface and the roof, and forced air is used to eject air heated by the sun in summer out of the building, while movement of the air is stopped in winter to use the air layer as a thermal buffer to ensure the thermal environment inside is stable.
Upon entering the building, there is so much light from the sky that it is hard to believe that the site is nested in a dark valley created by buildings. This house was named “Daylight House.” Daylight does not simply indicate light from the sun, but refers to the beautiful light throughout the day.
For instance, the change of the sky color when morning dawns, completely bright sky, time zone of direct sunlight, shadow of the sun by cloud movement, sky color during the time zone of sunset, moonlight and so on. It has become ordinary at this home to feel the night sky through the ceiling when putting out light and retiring for the night. The projection of the change of 24 hours on the ceiling surface enables the home to always provide an atmosphere to be able to feel the change of outside nature even while staying inside. 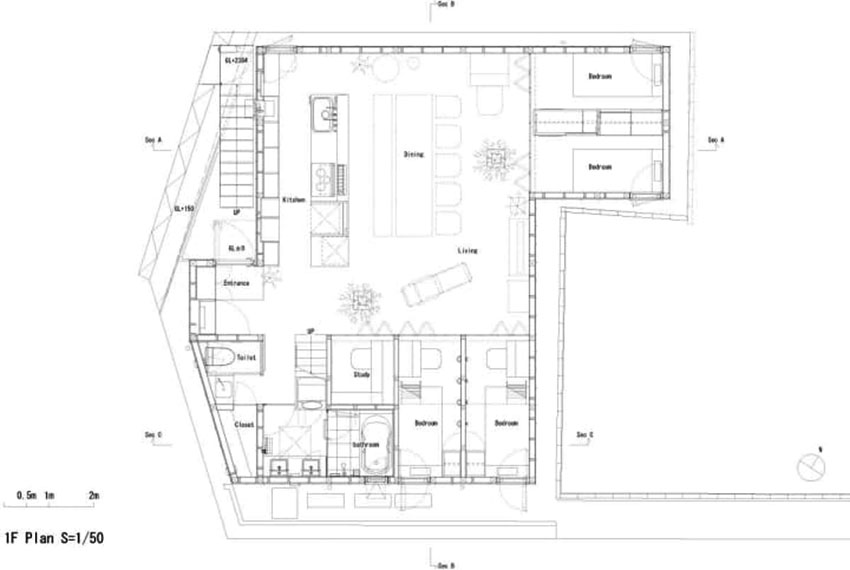 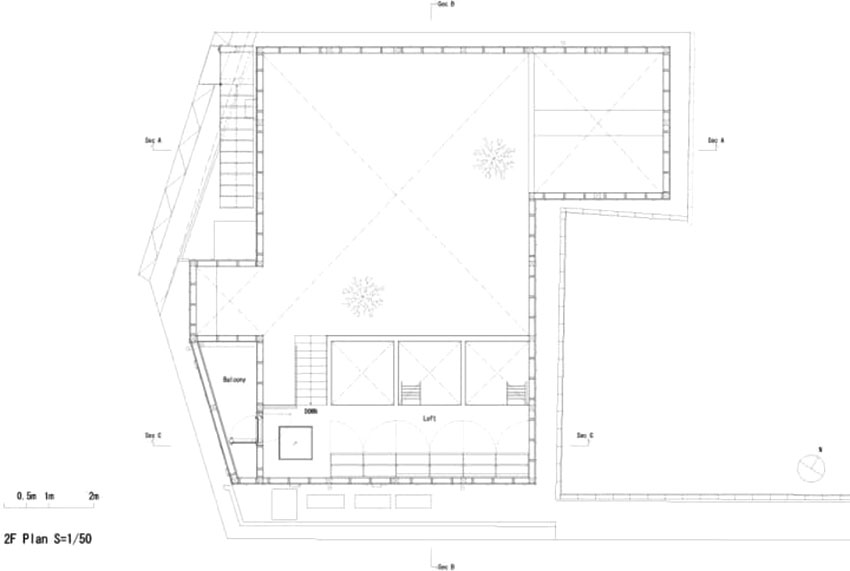 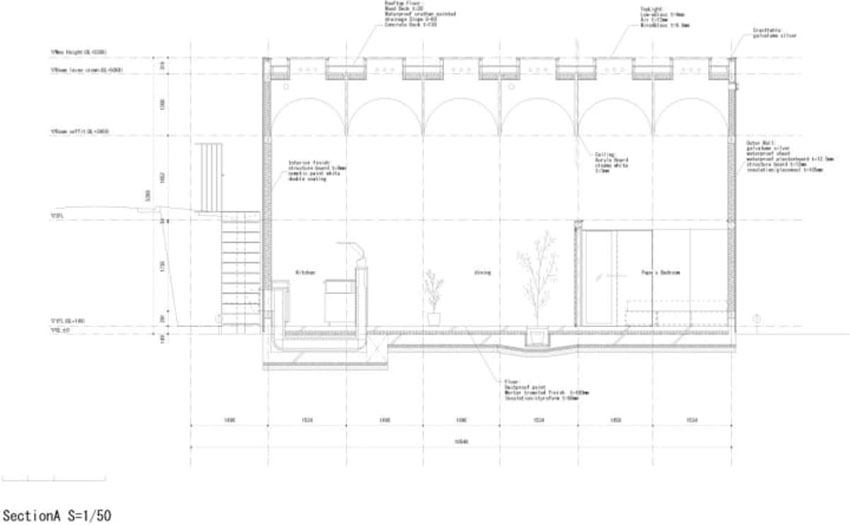 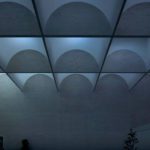 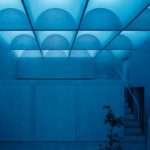 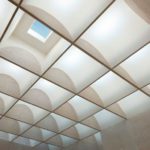 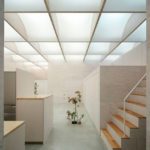 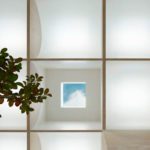 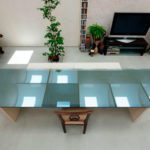 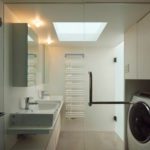 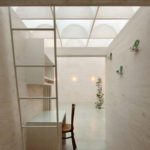 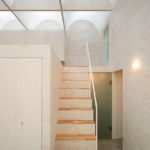 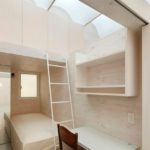 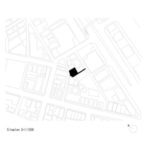 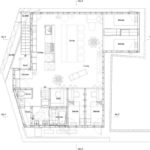 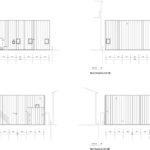 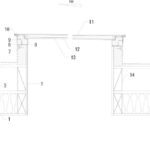 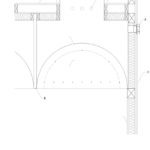 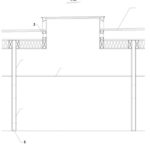