This Atelier and Residential House in Minoh City by Japanese UID Architects blurs boundaries between interior and outdoors architecture (photos by Hiroshi Ueda).

A simple operation of overlapping belts that have directionality obscures site boundaries and formulates a new relationship between the site and the neighborhood.

Requests and Characteristics of the Site

This is an atelier for a doll artist and a residence of the couple. The request was an atelier that can be used as a gallery at the same time functioning as a doll-making studio. Additionally, it should be a space where her friends, who are often invited, can be gathered around pleasantly. In the residential environment the atelier and the house are wished to be open, while reserving some privacy from the neighborhood. When I first visited Minoh City in Osaka Prefecture, I remember the place was plenty of green. It is because the season was spring, but also the city was ordained by vegetation standard, which order more than 10% of the site to plant tall, middle and low trees in urban districts with lower than 60% of building coverage ratio. 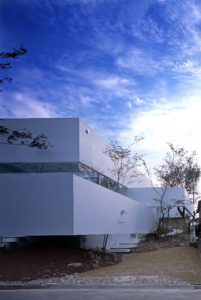 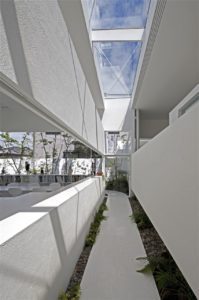 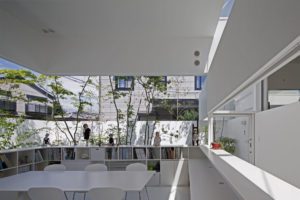 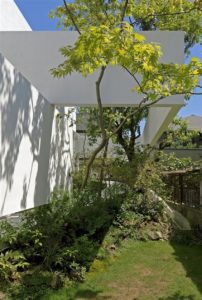 Floating Belt
Specifically, we expected that territory, which dose not regulate in/out terrain, be made by a spatial diversity that is derived from floating belt, which is accumulated double or triple in rectangle taking balance, and the belt itself.

Employing 1.2 m level the difference in the site, two functions are allocated to where floating belts overlap. Atelier is put on the lower part facing north-looking front street and the residential piece on the upper south side. An approach was built as a slope as if walking on the slanted topography. By putting a small box that stores necessary functions such as a closet in the atelier and the house, it becomes a space like a street-facing piazza that has no region. The two functions become one room space by triple pile of belts.

A simple operation of overlapping belts that have directionality obscures site boundaries and formulates a relationship of the site and the neighborhood that contain new extent. That is to say, the entire site becomes a gallery without body-sensed territory and that is connected to creating variety of places that the client requires.

Form without Territory
In order to secure privacy, we through if it is possible to do so with more people’s involvement rather than building walls or fences on site boundaries and capturing the whole from inside.

That is to create the whole from outside by choosing the neighbor’s greenery as outdoor space and not producing necessary functions from inside. Not something like walls, hanging walls or fences but waist-high walls that are freed from gravity or floating belts surround the entire site. This is a theory to create architecture that is interior-like extending from outdoor, opposed to substantial in/out territory. 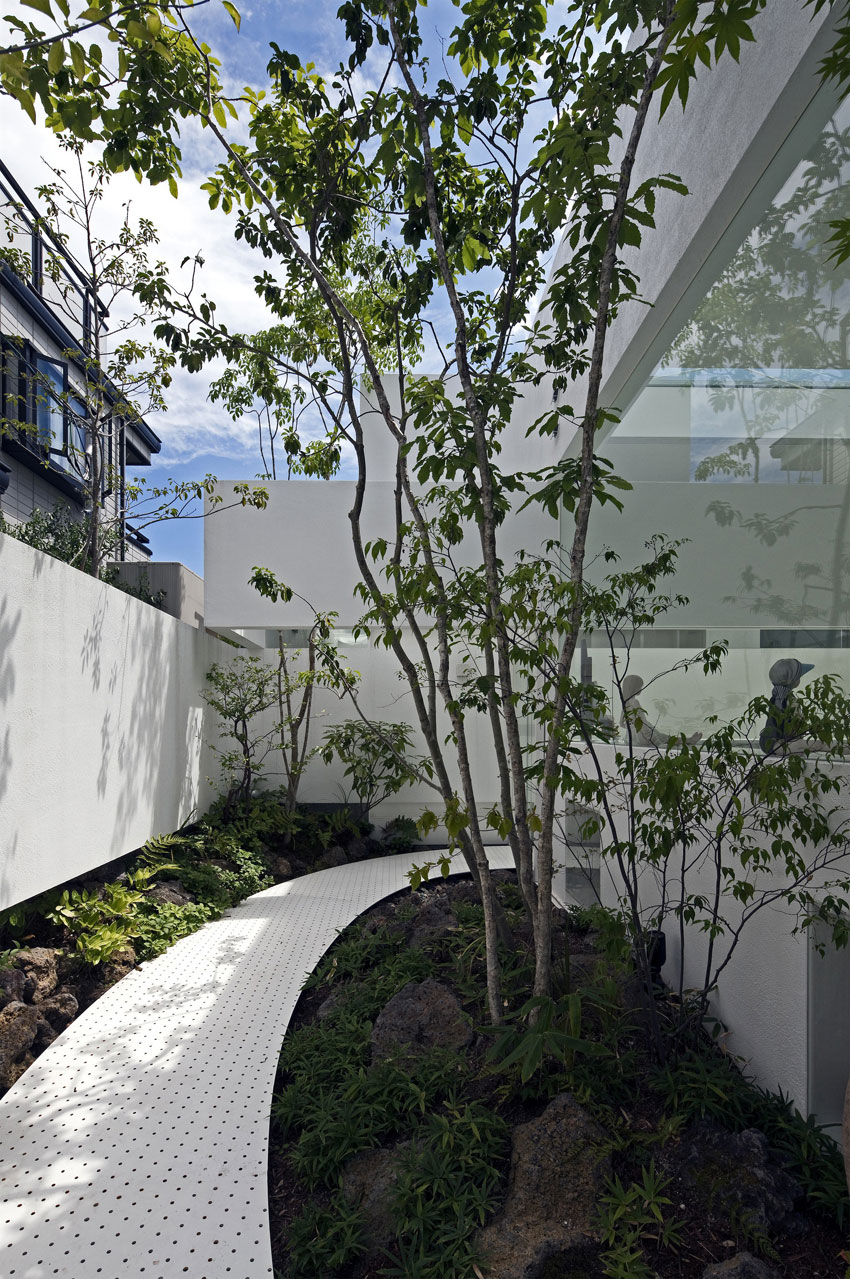 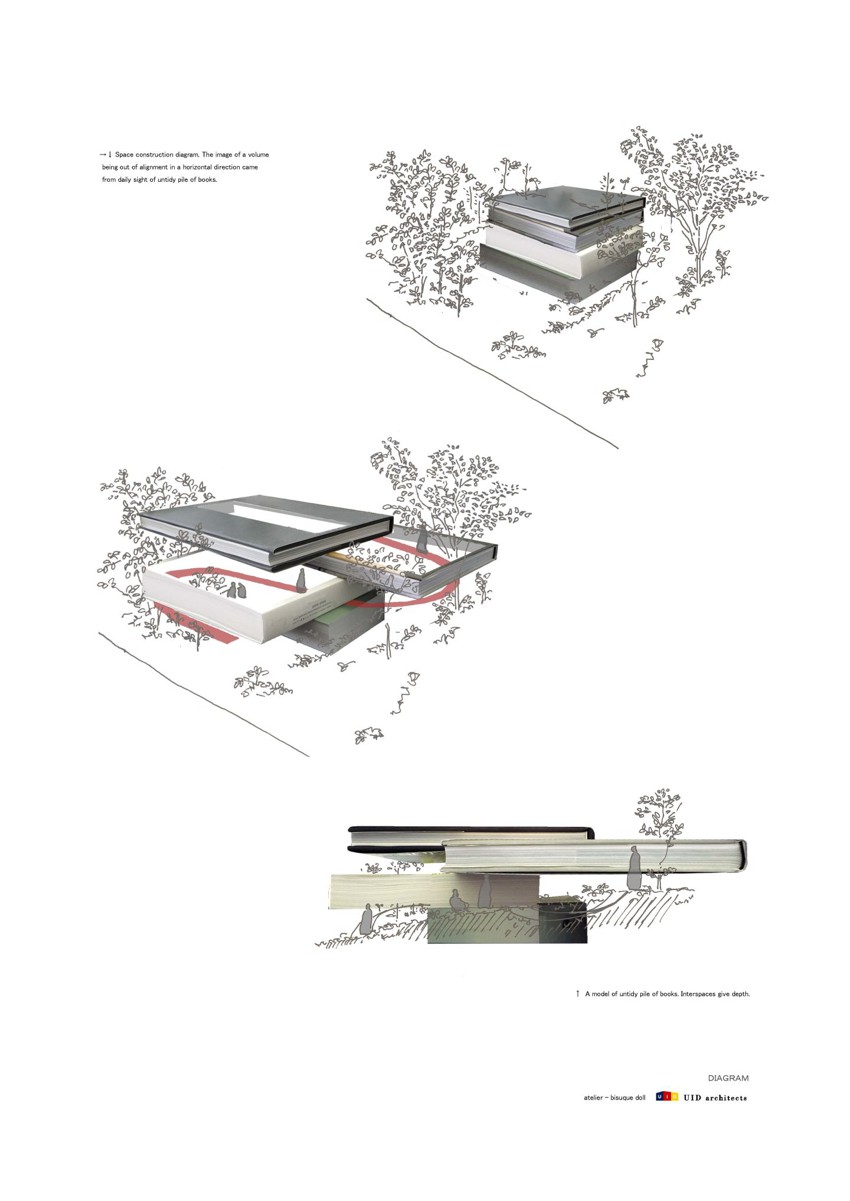 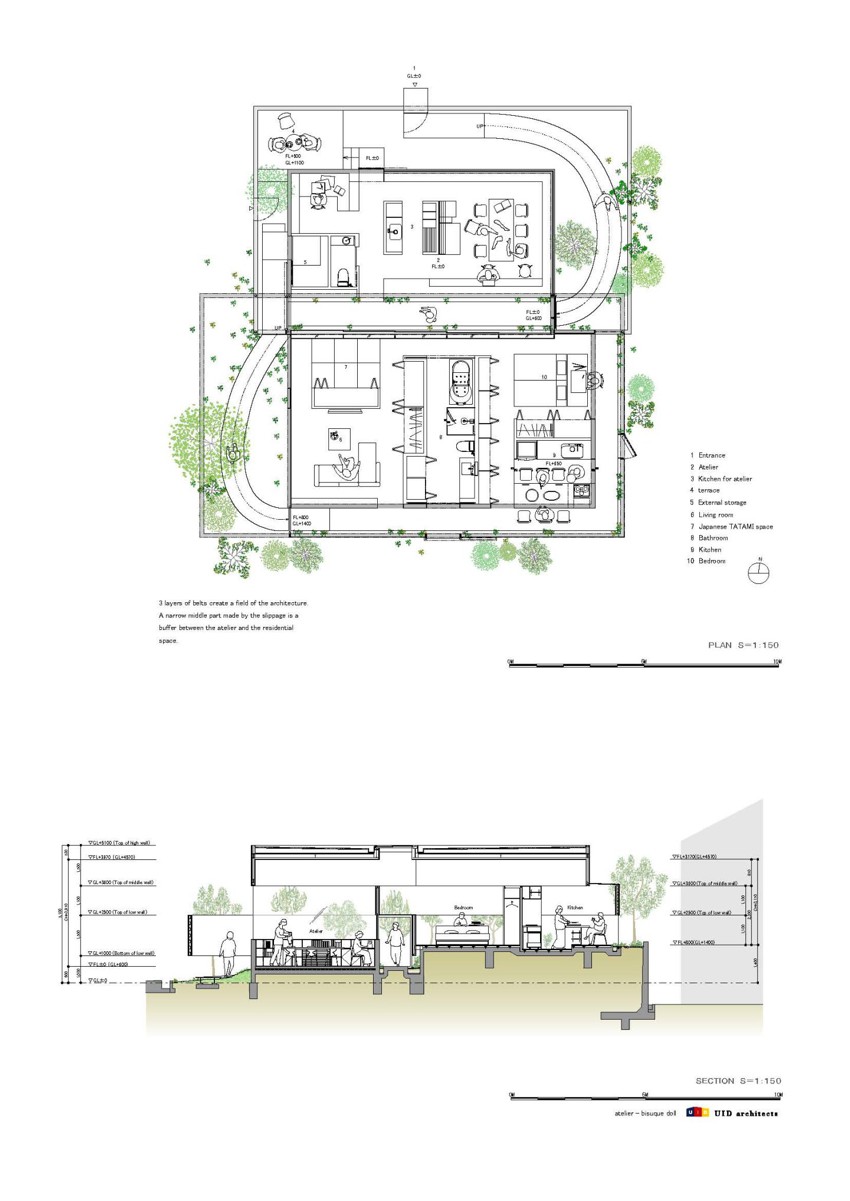 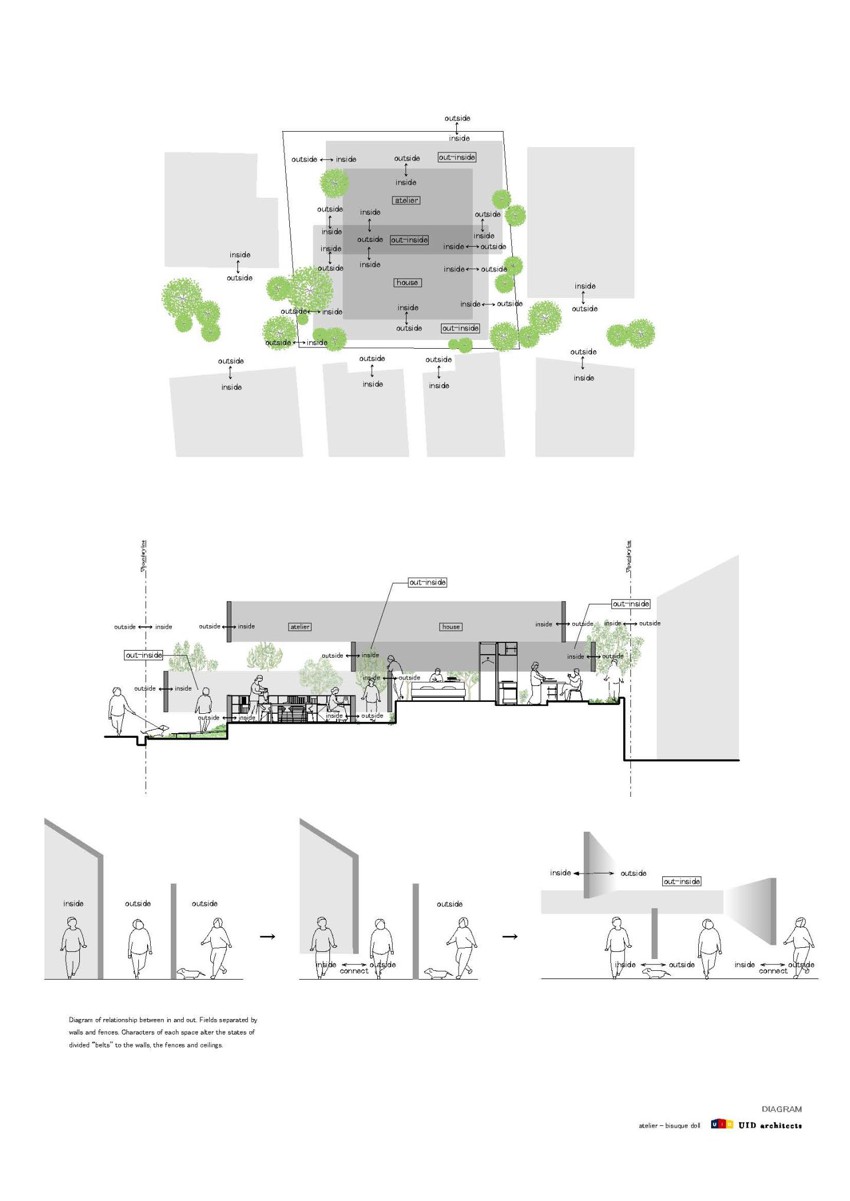 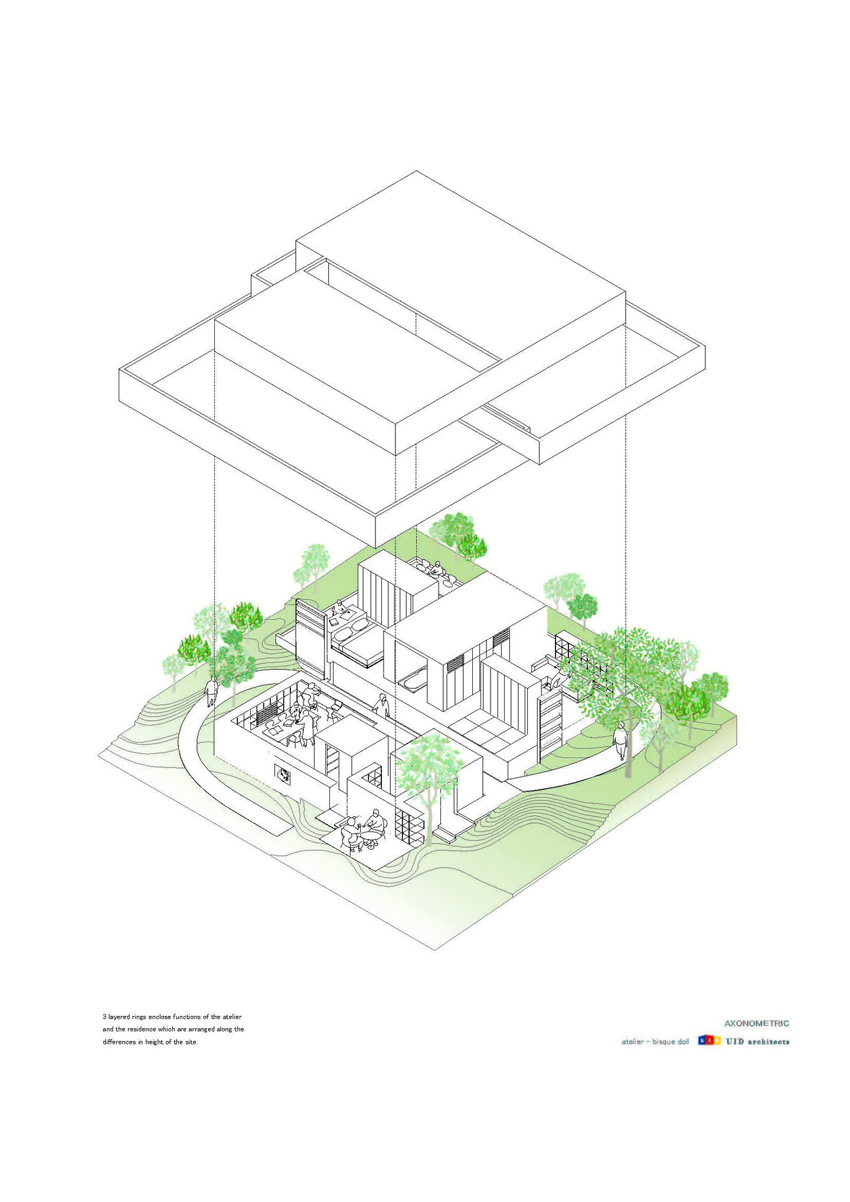