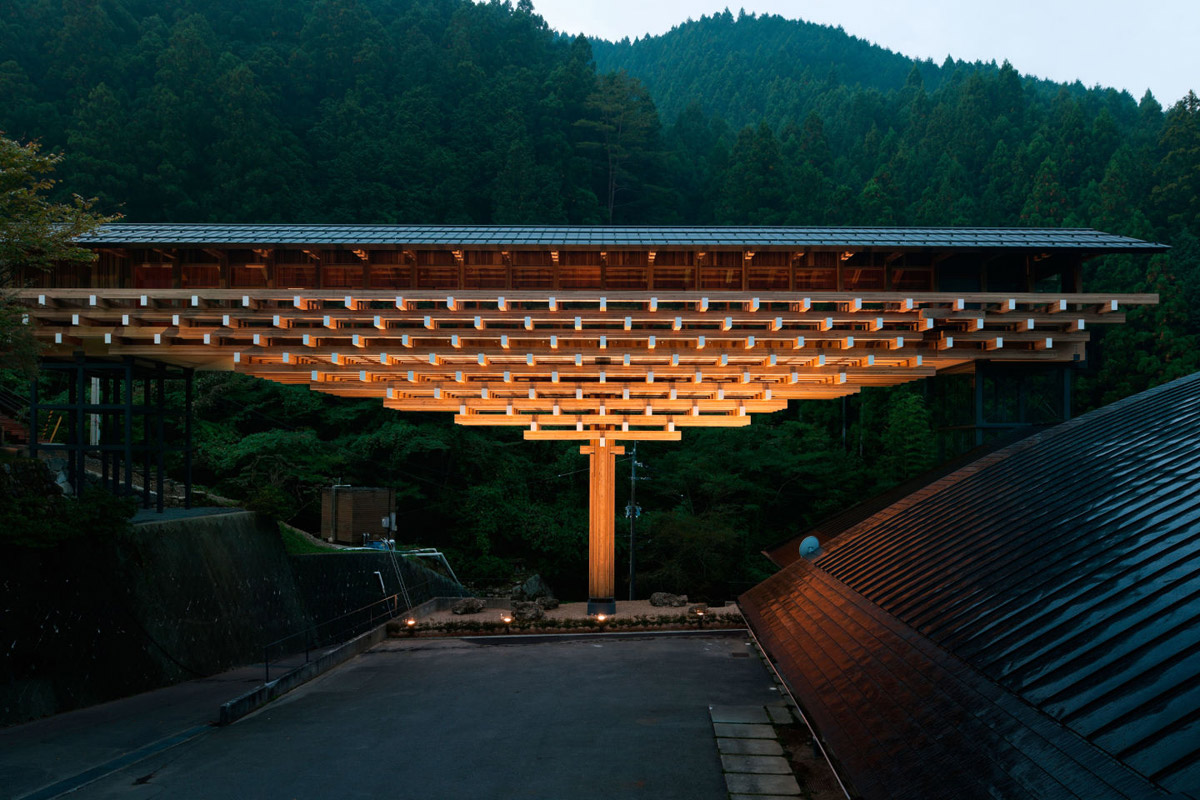 The Yusuhara Wooden Bridge Museum, designed by Japanese Architect Kengo Kuma connects a hotel and a spa operated by the town, which had been separated by a cliff and a road. The museum functions as the skywalk between the two facilities and as accommodations, work, and exhibition rooms that cater to the artist-in-residence program, thus bridging cultures of the world.

Accumulation of hanegi evokes the traditional construction method of “to-kyo”(square framing) employed in Japan and China, which was devised to support the load from the eaves. By repeating this method persistently to the scale of a bridge, we were able to present a completely new expression of architecture, while keeping its Asian appearance. 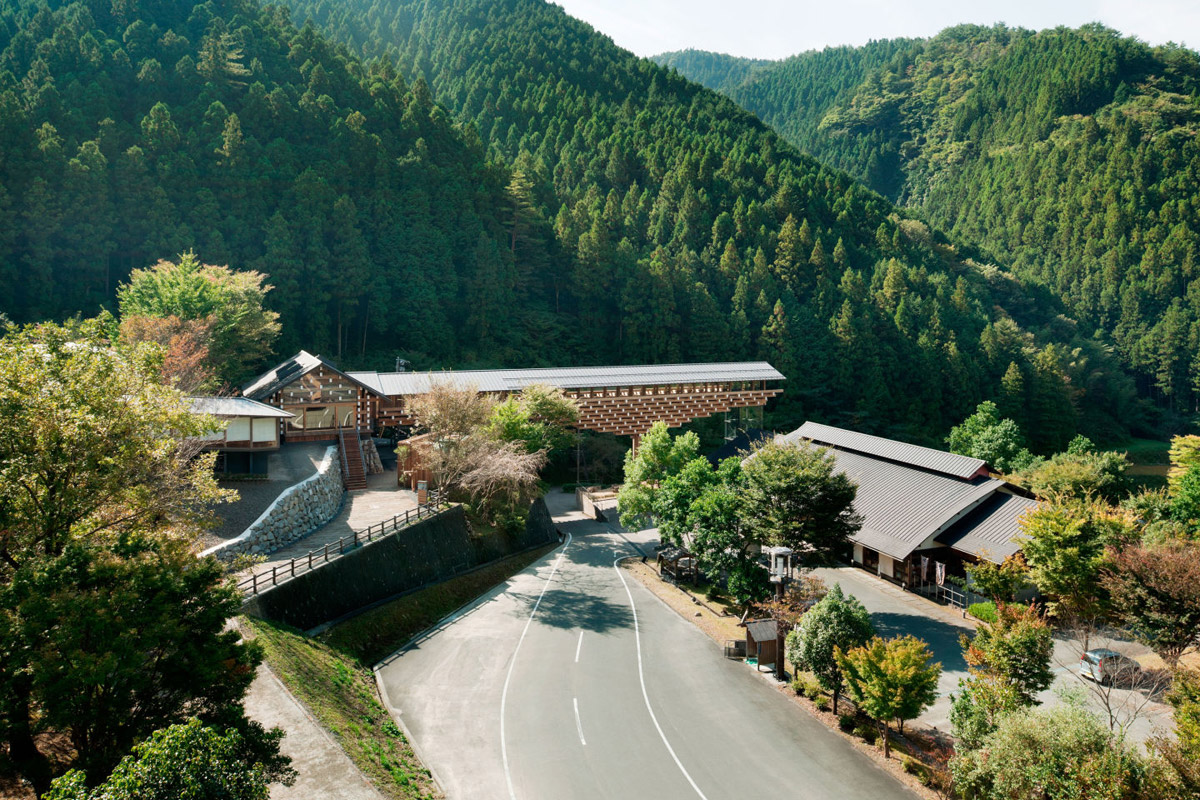 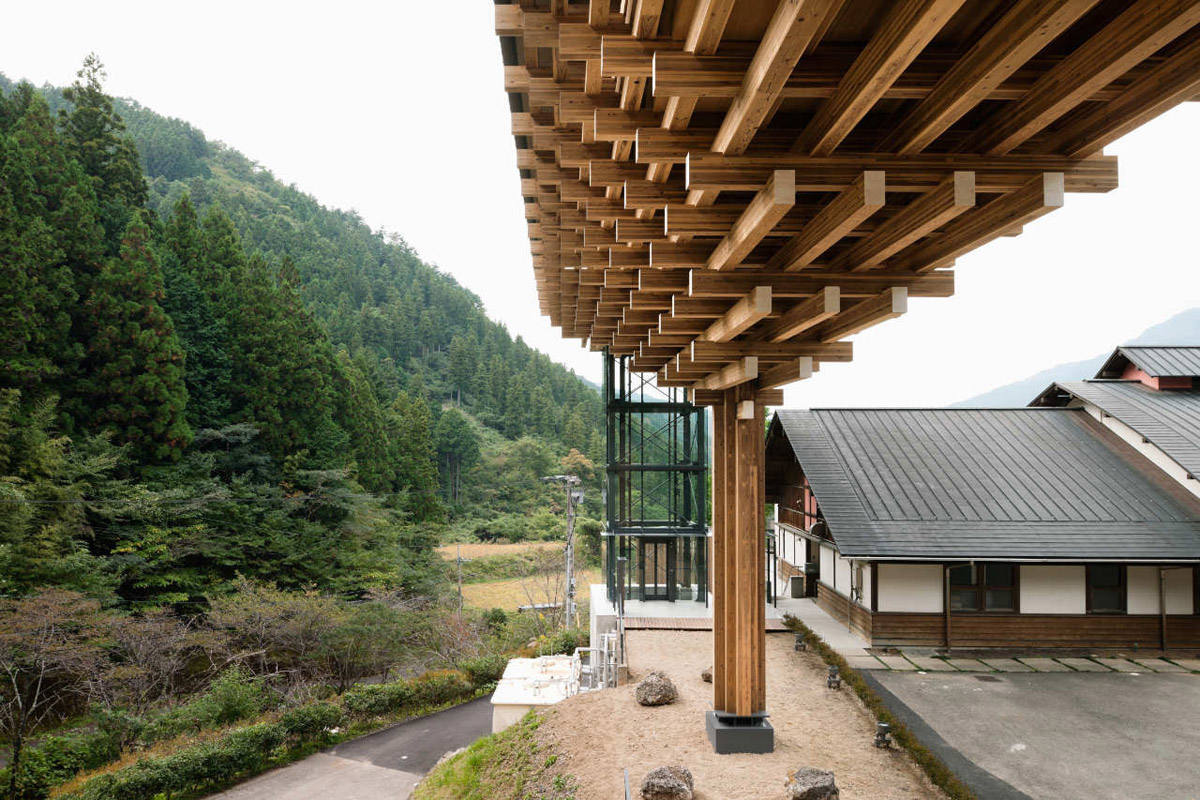 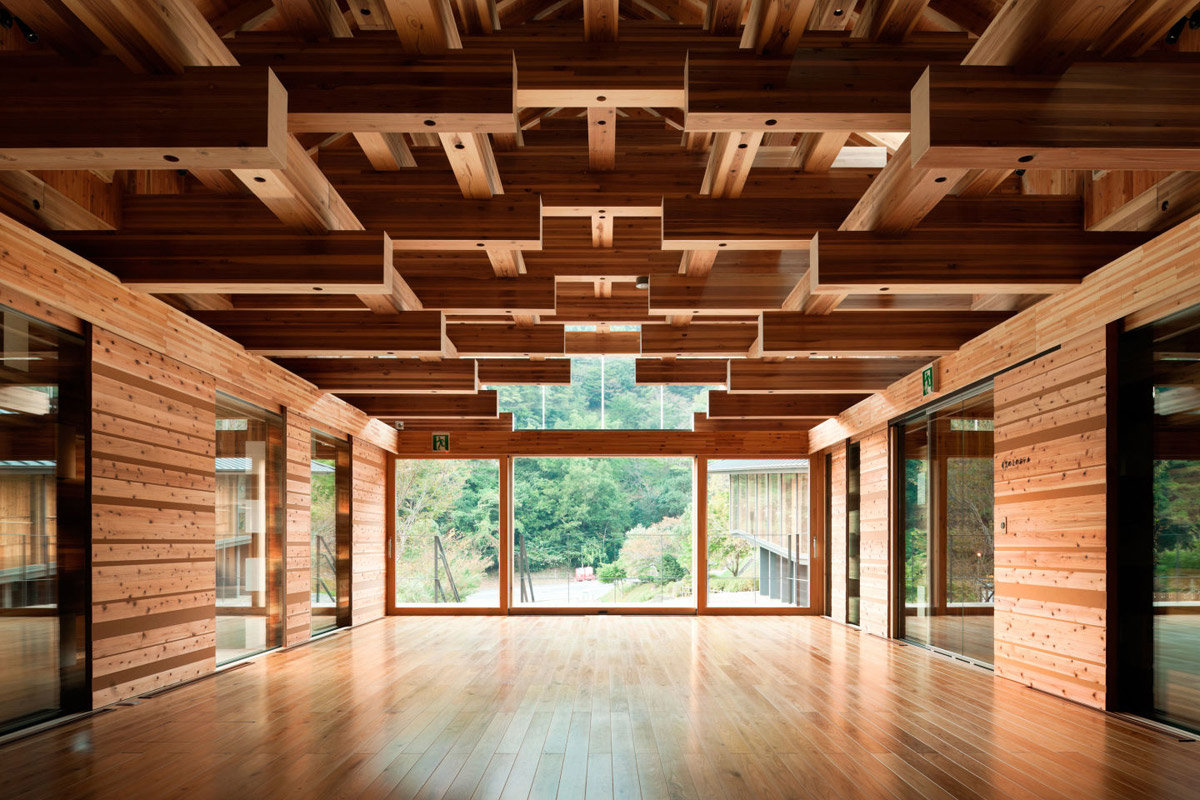 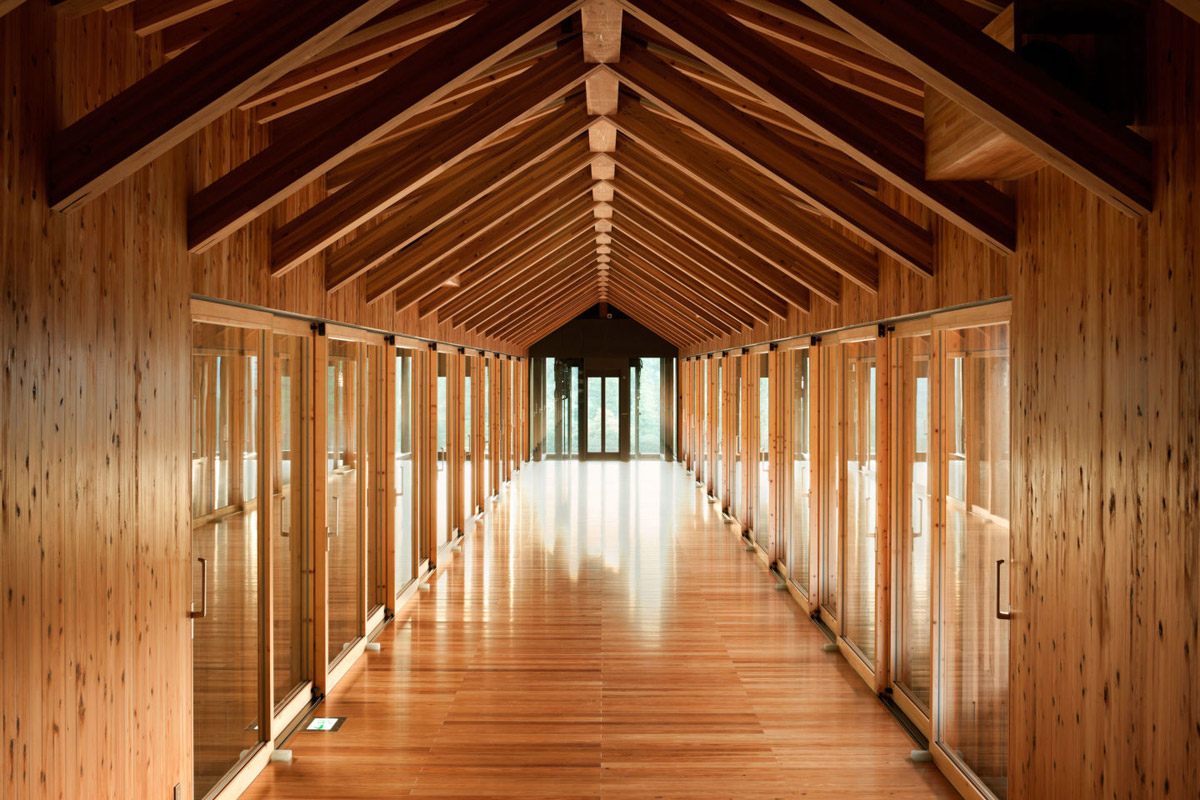 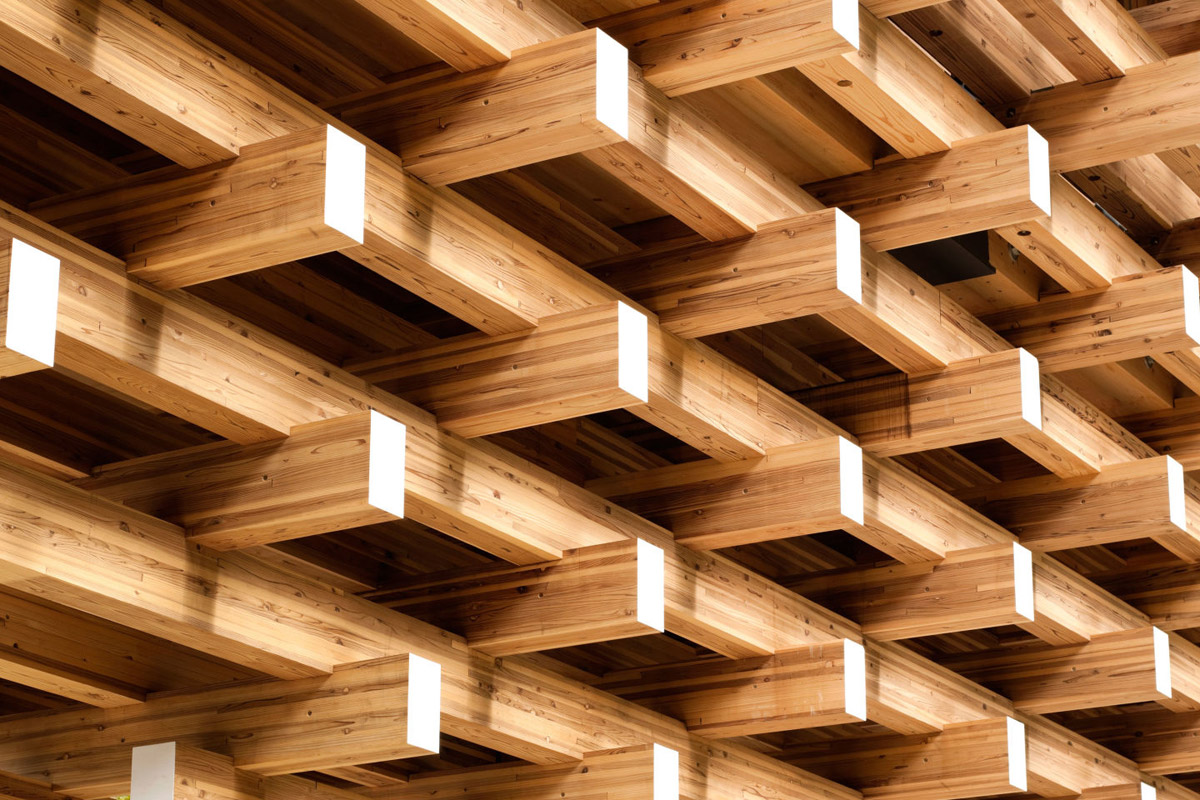 The idea is to link two public buildings with a bridge-typed facility, which had been long separated by the road in between. The museum technically bridges communications in this area. It functions not only as a passage between the two facilities but also as accommodation and workshop, an ideal location for artist-in-residence programs.

In this project, we challenged a structural system which composes of small parts, referring to cantilever structure often employed in traditional architecture in Japan and China. It is a great example of sustainable design, as you can achieve a big cantilever even without large-sized materials.

On designing a wooden bridge abundantly using locally produced sugi (red cedar), we sought out a structure to accumulate laminated timber with small sections, rather than bridging an oppressive-looking crossbeam with large sections, so that we could realize a bridge’s presence that could merge into the forest around it. As we studied, we concluded that the whole structure could be achieved by pulling out the accumulation of 180×300 “hanegi” (corbel). Furthermore, the bridge could be balanced at the center of the pier and be fitted to the geographical features of the site. That is how the new type of frame construction came into being. On the edge of the hotel’s end, we set up a studio, gallery, and lodging in a roof structure built in the inverted form of this construction.

Accumulation of hanegi evokes the traditional construction method of “To-Kyo” (square framing) employed in Japan and China, which was devised to support the load from the eaves. By repeating this method persistently to the scale of a bridge, we were able to present an entirely new expression of architecture while keeping its bona fide Asian appearance. Laminated wood itself embodies a unit of “masonry in wood.” In this architecture, this composition continues into a larger dimension and achieves a“masonry structure in wood,” bringing out the new expression and potential of laminated wood.

The project also aims to “bridge” various town issues ‒ revitalization of the local culture, urban design, technique for frame construction, and application of natural materials in the traditional design ‒ with one architectural work. 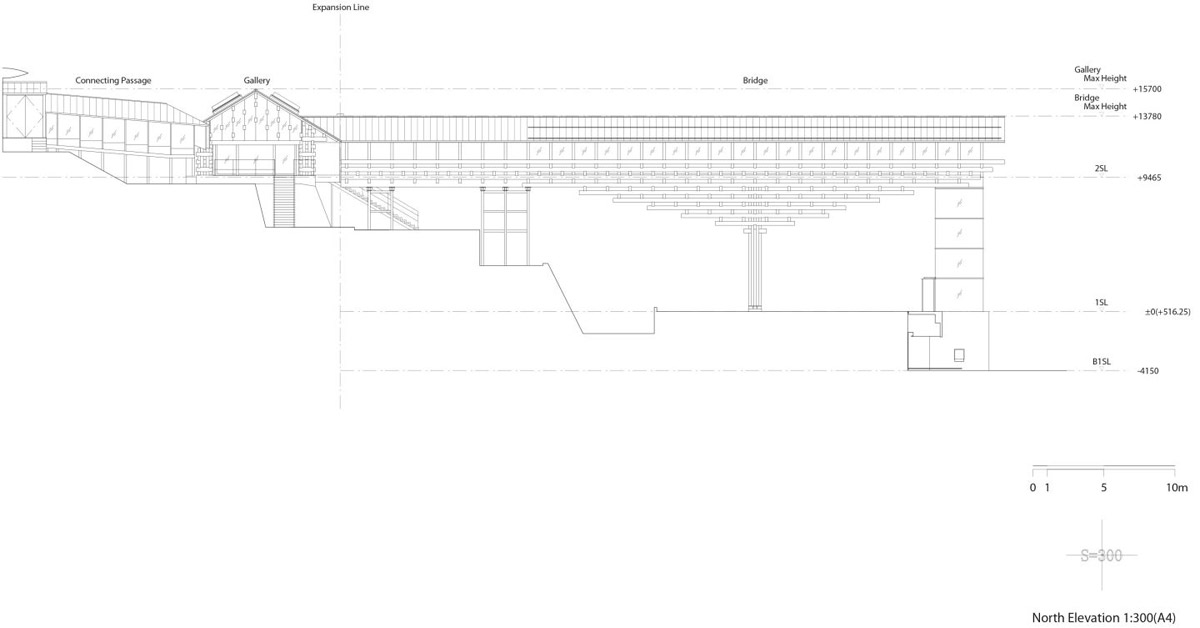 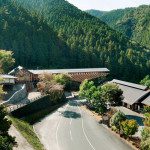 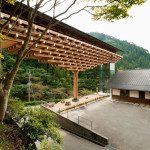 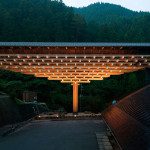 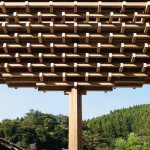 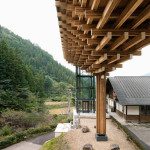 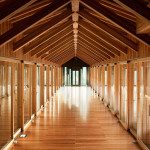 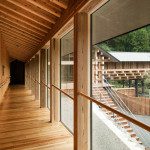 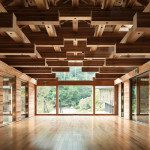 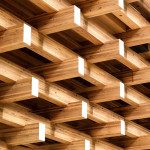 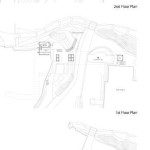 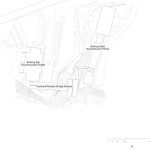 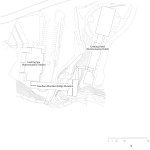 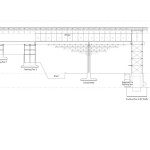 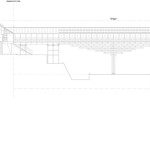 Kengo Kuma is a Japanese architect and professor in the Department of Architecture (Graduate School of Engineering) at the University of Tokyo. Frequently compared to contemporaries Shigeru Ban and Kazuyo Sejima, Kuma is also noted for his prolific writings. He is the designer of the New National Stadium, Tokyo which has been built for the 2020 Summer Olympics

Other Works from Kengo Kuma