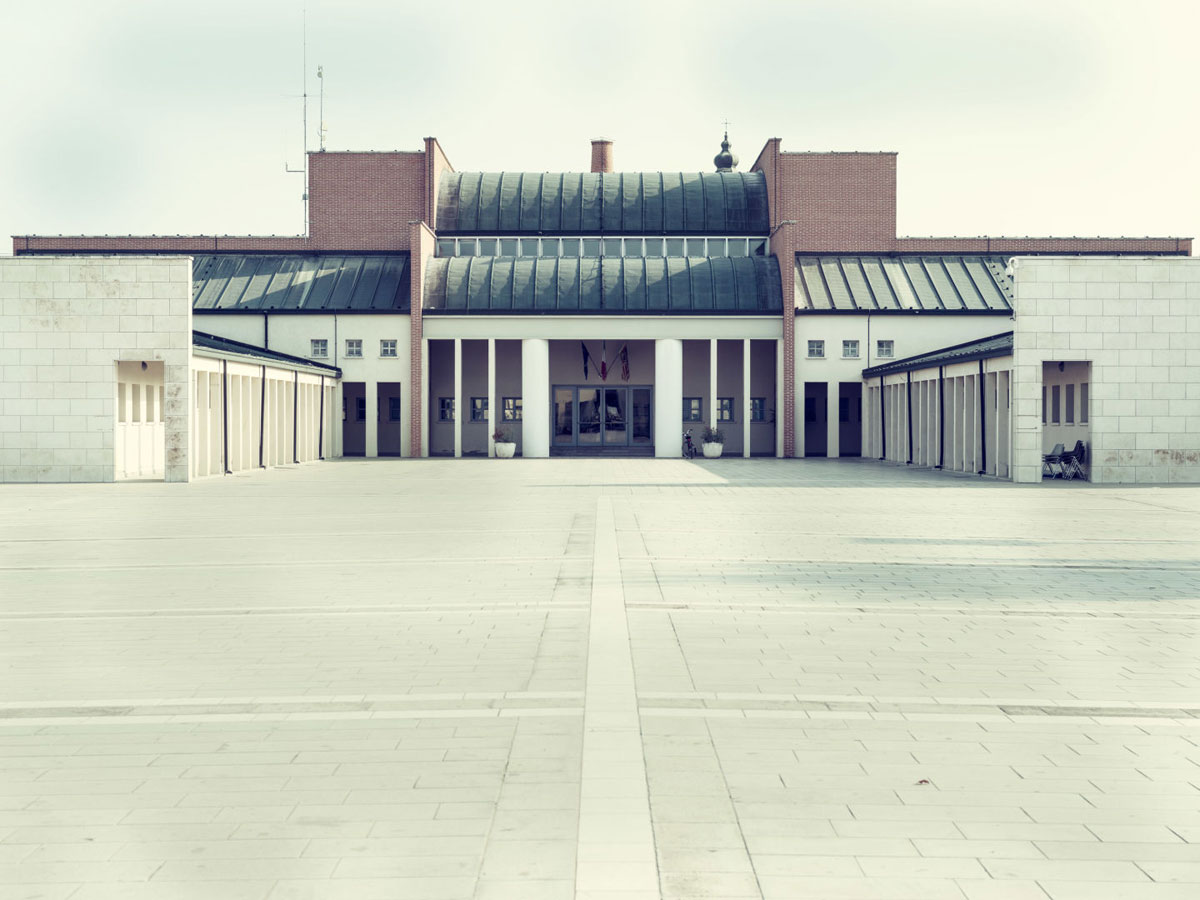 Completed in 1990 by Italian architect Aldo Rossi, the Town Hall of Borgoricco, Italy, is known for its repeated use of cones, cylinders, and squares.

What surprises me most in architecture, as in other techniques, is that a project has one life in its built state but another in its written or drawn state. 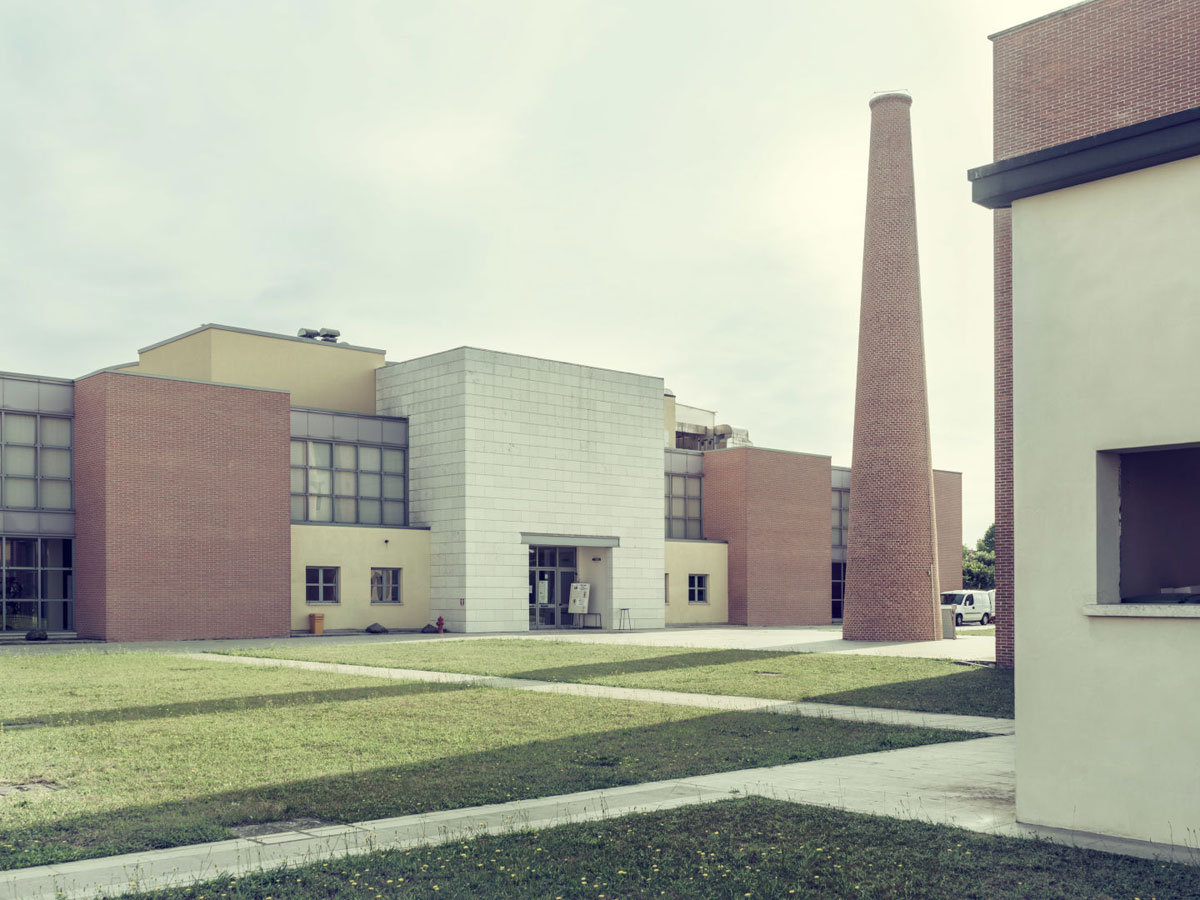 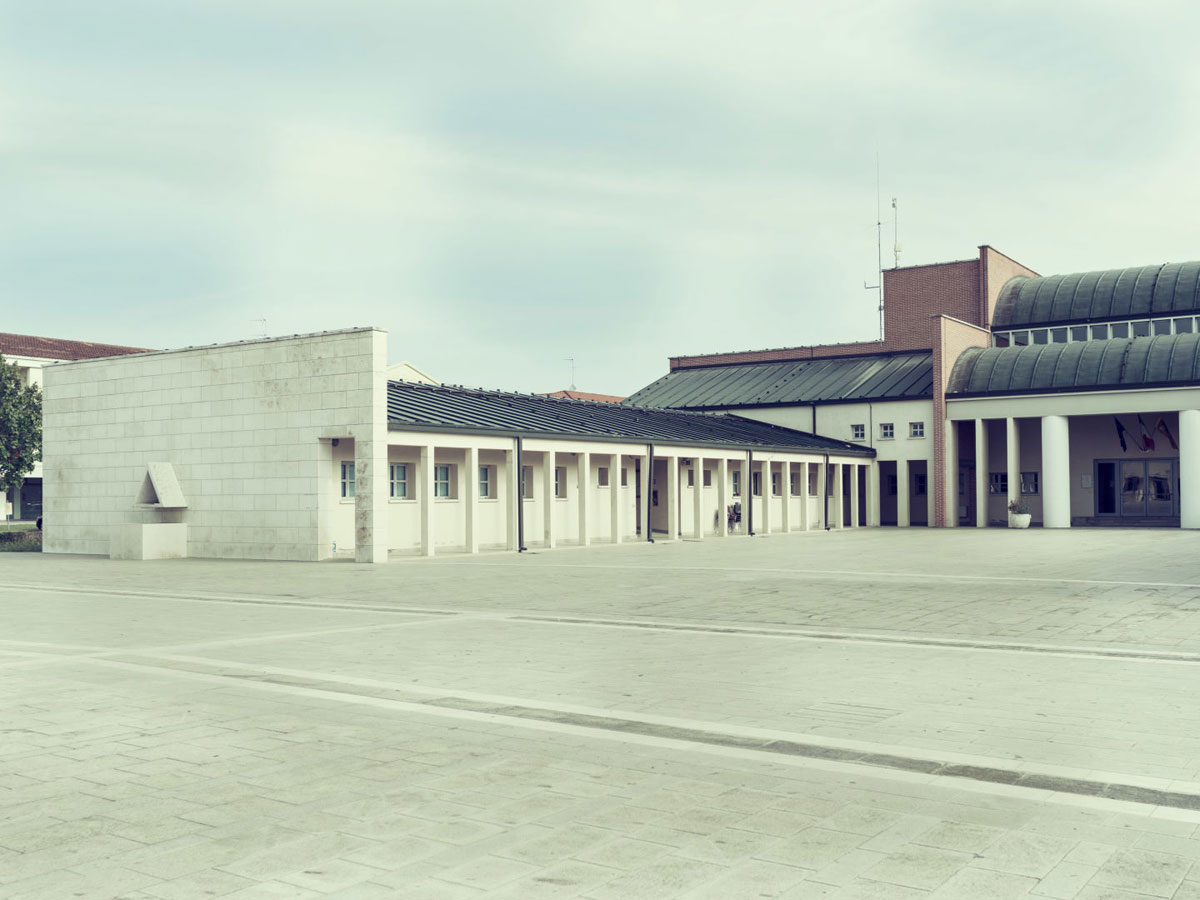 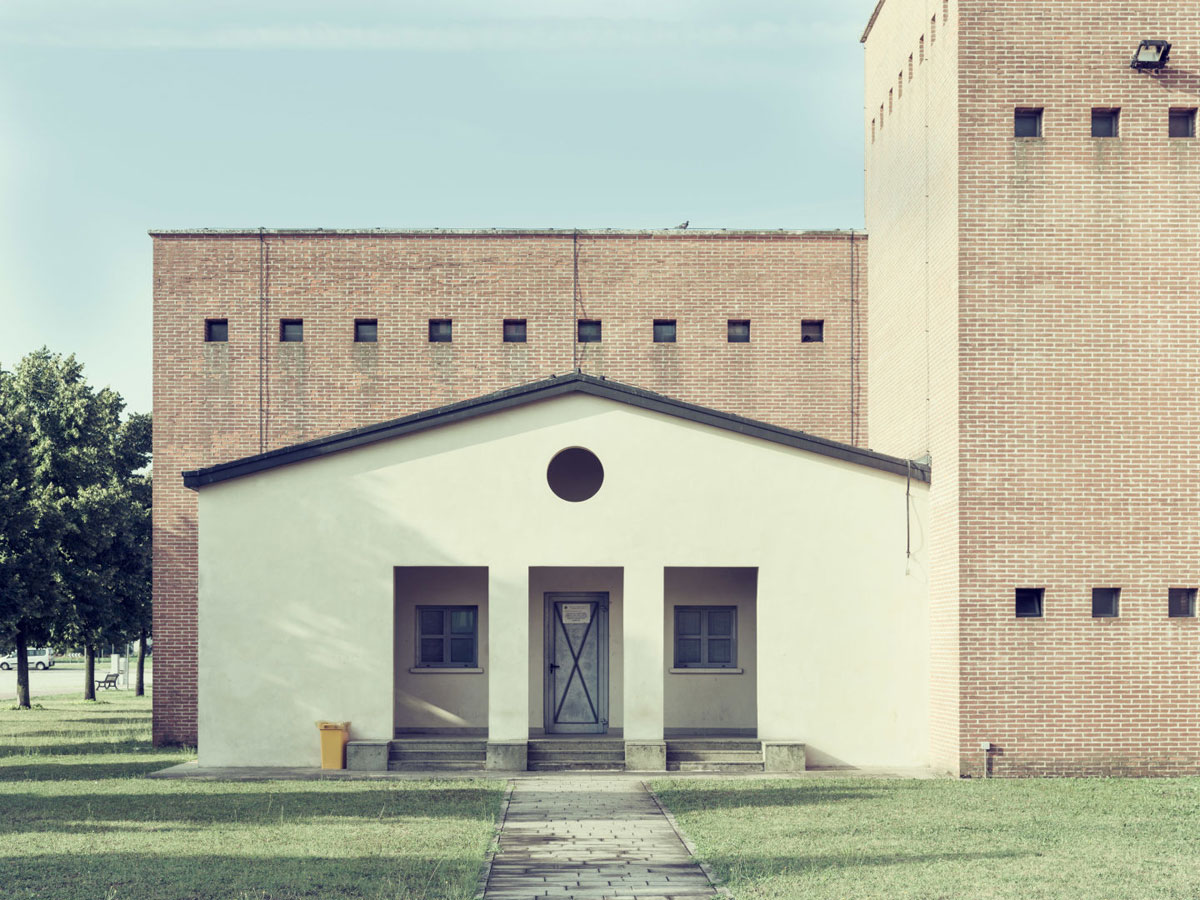 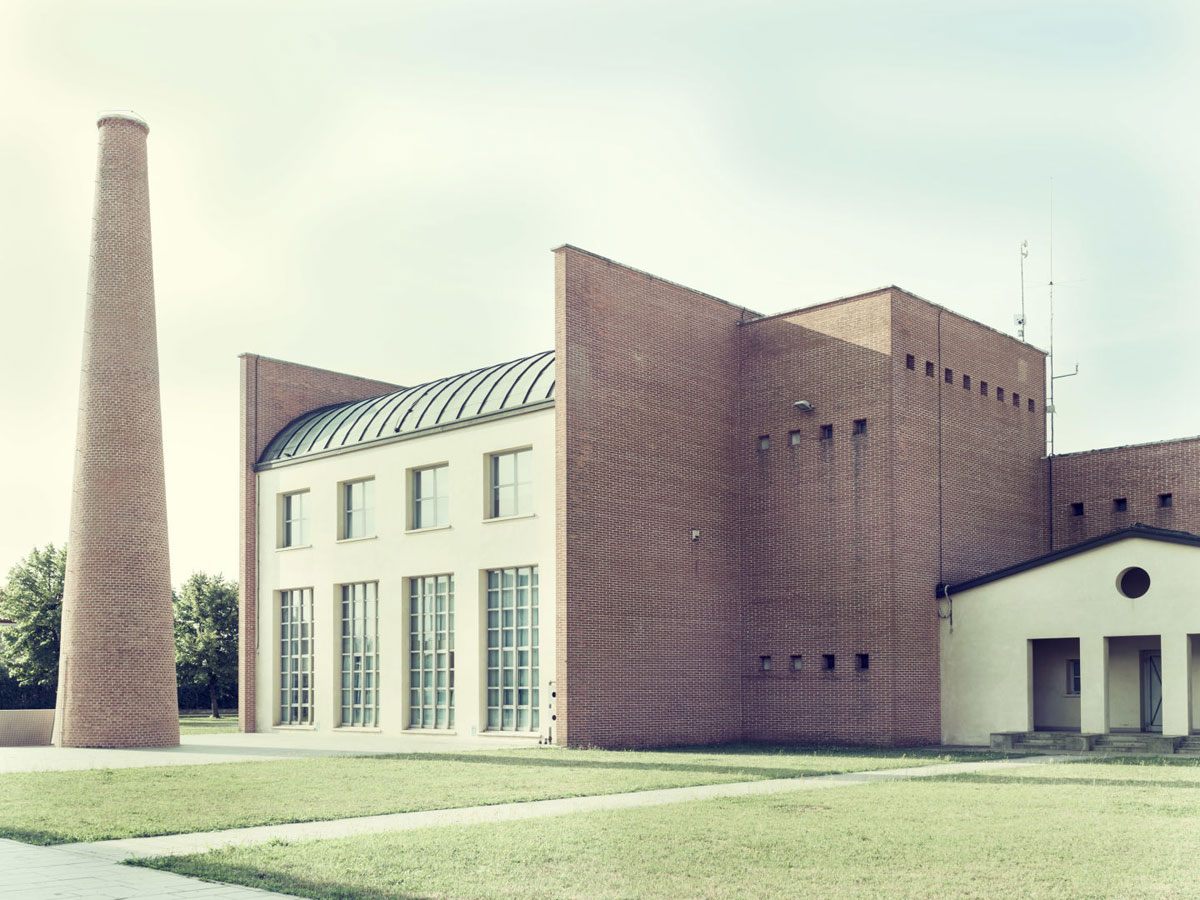 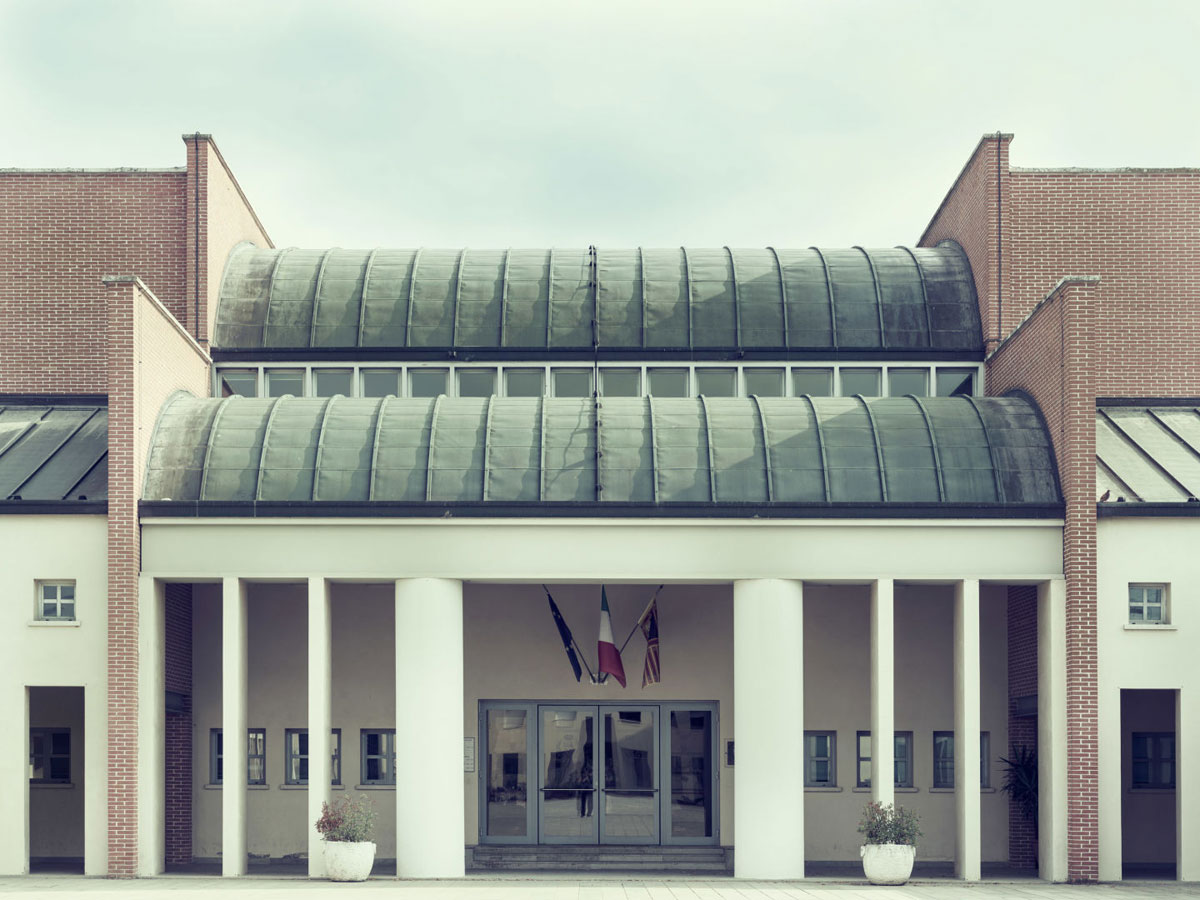 Although Aldo Rossi’s first projects, the San Cataldo cemetery in Modena (begun 1972),  were contemporary with the publication of his most important theoretical works, only in the late 1970s and 1980s did his building work begin in earnest, and only in the last few years has his fame brought him a significant number of commissions in Italy.

Aldo Rossi submitted in 1983 a design for the new town hall for the small village of Borgoricco in the Province of Padua, situated roughly 30 kilometers northwest of Venice. The town hall was completed in 1990 and adopted the U-shaped plan.

Borgoricco is a small, largely agricultural community in the Veneto’s flat plain that stretches inland from the islands of Venice. Borgoricco, like many small towns in the Veneto, is laid out on Roman town planning principles of an infinite grid of streets – cardo and decumanus. The number of allusions and references with which this small complex is packed is extraordinary.

Like the best Post-Modern architecture, the building works at many levels, from a humble civic building to an architecture rich in meaning. Aldo Rossi opens it up with a south-facing courtyard framed on one end by copper-clad, barrel-vaulted roofs that cascade down over the meeting room and the archives. Each of the three principal views is articulated in markedly different ways, yet ordered and related by such elements us the narrow brick walls that rise through the full two stories.

Aldo Rossi (3 May 1931 – 4 September 1997) was an Italian architect and designer who accomplished the unusual feat of achieving international recognition in four distinct areas: theory, drawing, architecture, and product design. He was the first Italian to receive the Pritzker Prize for architecture.