Interested in creating simple and elegant geometric solutions that emulate and abstract nature’s millions of years of experience, Akihisa Hirata sees architecture and ecology as a complex, interwoven tangle (Tangling Architecture) – in terms of form, function and the relationship between the artificial and the natural. His designs rigorously explore future possibilities for architecture and structure.

Hirata has distinguished himself producing works inspired by the complex relationship between architecture and ecology, using his theory of “tangling”: “Tangling is the conceptual word to create architecture as a base of entanglement between people, living things and the natural environment,” he says.

A social order which is premised on the independence of the individual and whose primary pursuit is the maximization of individual freedom must change in light of the simple reality that the individual is part of a ‘tangled order.’ And the same can probably also be said of rationality in Architecture.

About Akihisa Hirata and Tangling Architecture 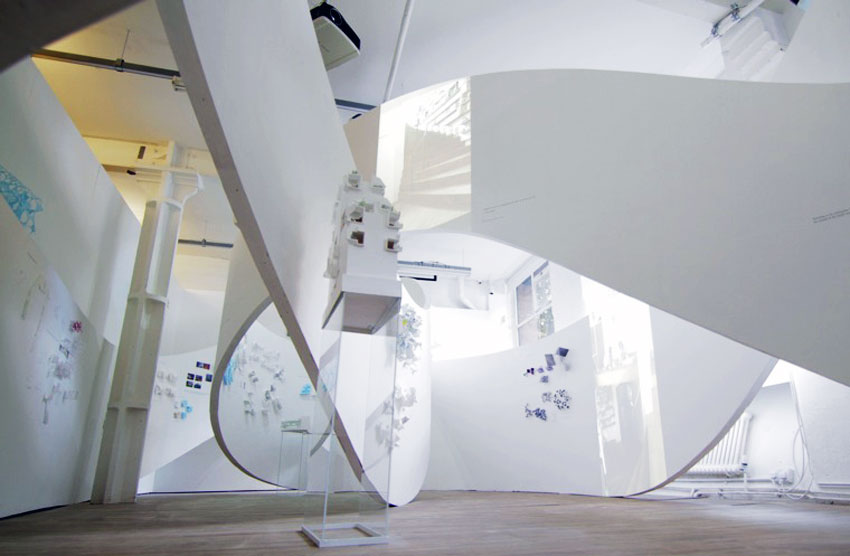 Founder and Director of the Tokyo-based Akihisa Hirata Architecture Office, Hirata belongs to a new generation of Japanese architects, who demonstrate significant new approaches to architecture and its relationship to the natural world, building upon the work of Japan’s previous ‘young generation’ – Kazuyo Sejima, Shigeru Ban and Jun Aoki. With his work compelling further exposure in the international arena, Hirata was chosen by commissioner Toyo Ito to exhibit within the Japanese Pavilion at the 13th Venice Architecture Biennale alongside Kumiko Inui and Sou Fujimoto, where the team won the Golden Lion for best international pavilion. Hirata’s impressive portfolio of work also includes the award winning Bloomberg Pavilion for the Museum of Contemporary Art Tokyo, and Photosynthesis, a solar-powered installation produced for Panasonic and unveiled during Milan Design Week 2012

More Works from Akihisa Hirata | Via The Architecture Foundation