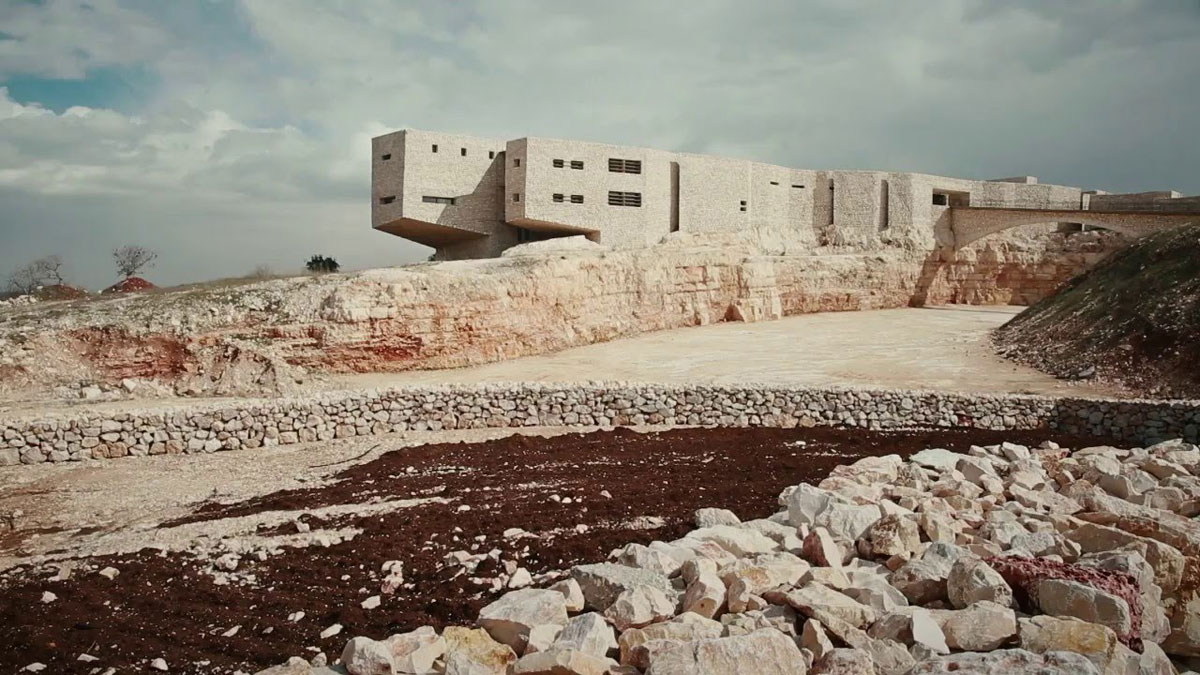 Exterior View of the Royal Academy for Nature Conservation

Designed by Khammash Architects and completed in 2014, the Royal Academy for Nature Conservation in Jordan sets in an abandoned quarry that catalyzes an imaginative intervention providing educational programs and visitor facilities. The project was initially proposed to be on a site inside a nature conservancy reserve. Still, the architect convinced the client to use the adjacent abandoned quarry outside the reserve.

As a painter I like painting wounded nature rather than pure nature; pure nature is too much for me, too perfect. 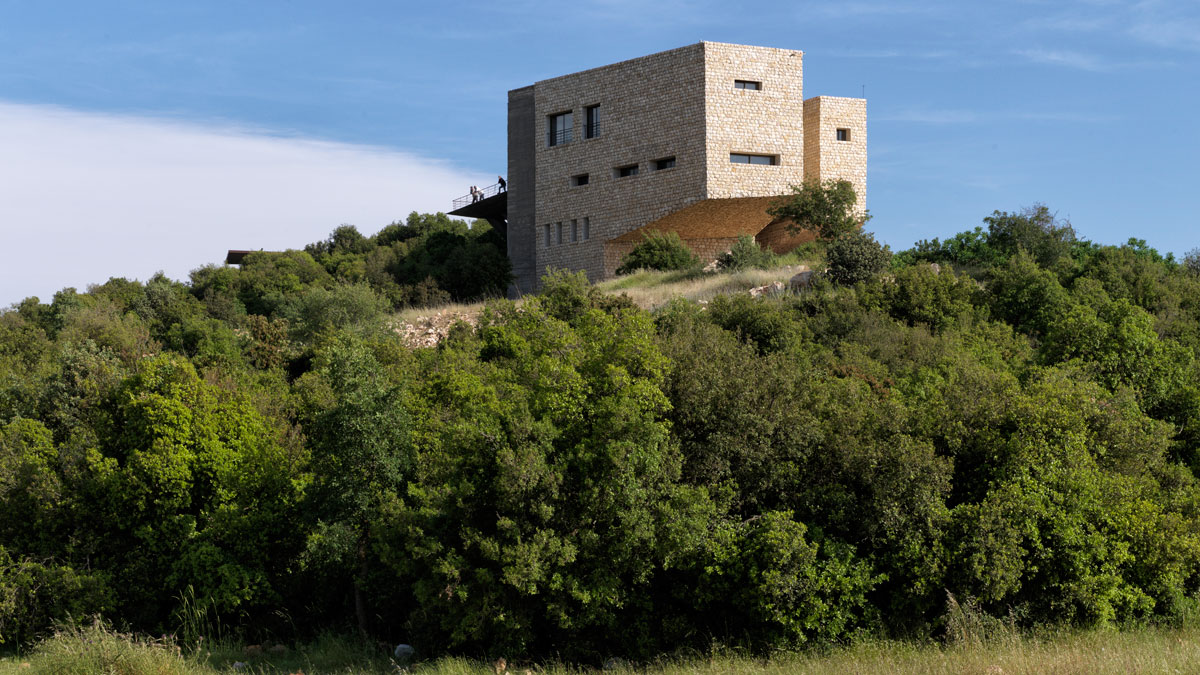 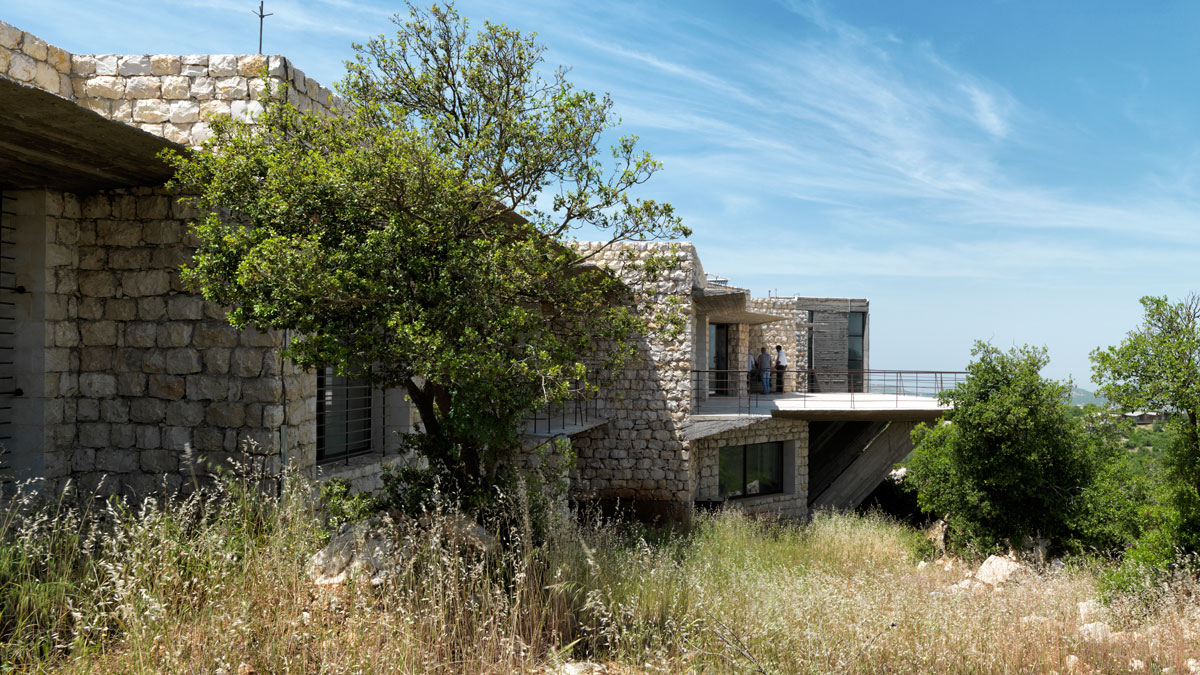 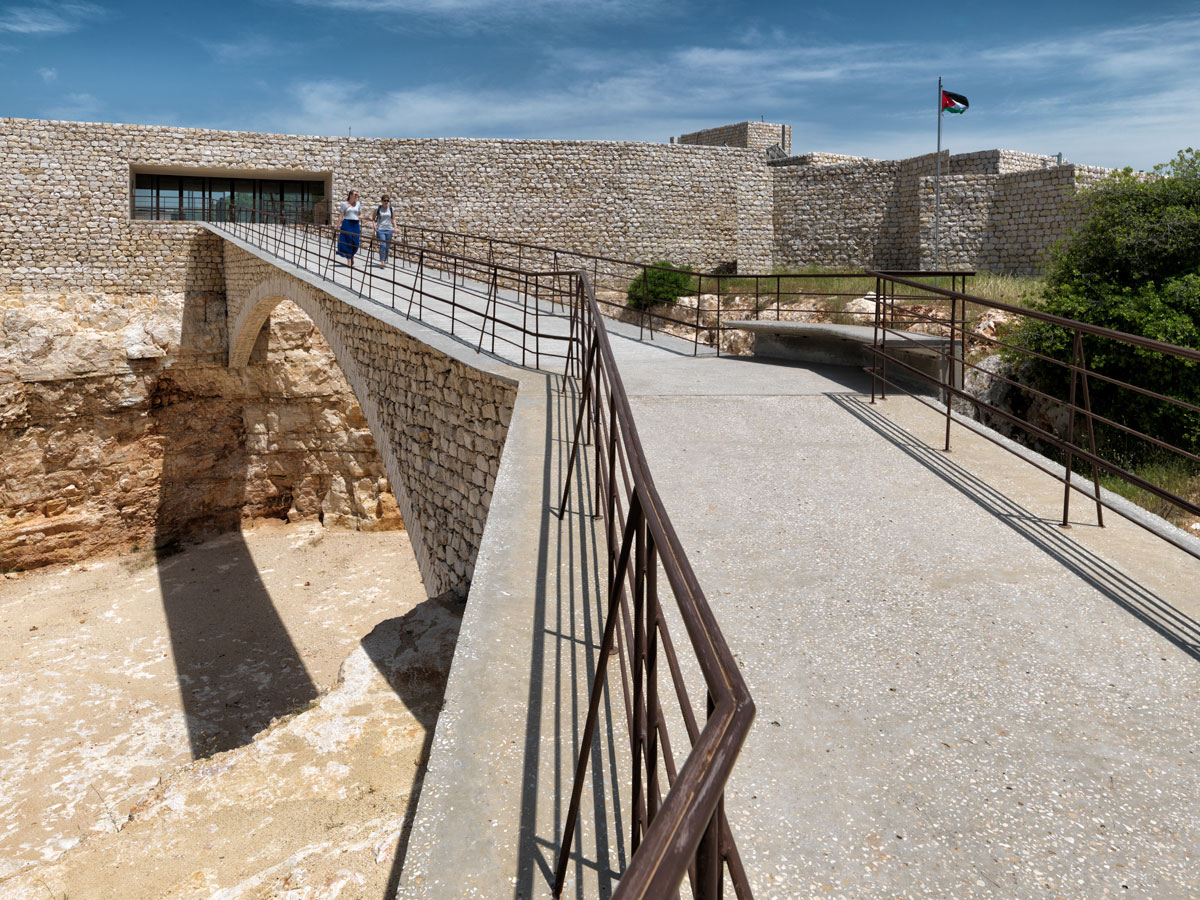 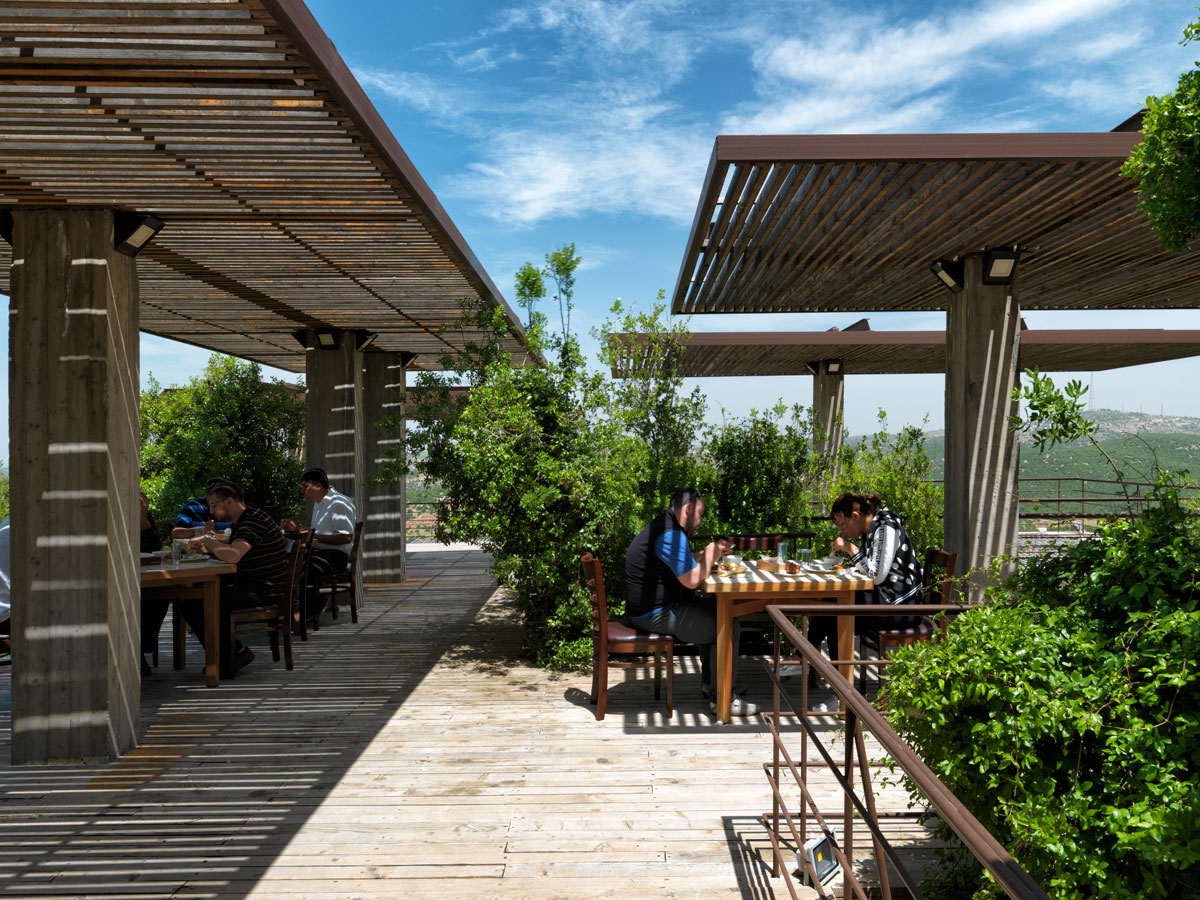 In the late 1980s-1990s, the Jordanian Government decided to stop many functioning quarries for various environmental reasons. The abandoned quarries remained untreated wounds and abandoned cuts in the landscape, with no severe land reclamation efforts. The proposed site of the new the Rangers Academy Building held the shadows of a once was a functioning quarry. In this project, our office decided to celebrate the quarry instead of erasing it, using this human-made artificial exposed cliff to the advantage of the project. This deformed cut turned into the real thrilling challenge of the site.

The building design was based on the quarry cliff cut-line that a bulldozer driver once drew in the land some twenty years ago, never knowing that this line will be the base of a building elevation. The building follows the quarry line very accurately, creating a linear addition of constructed stone to the bedrock. The total fill elevation adds up from the ratio of one third added layer of construction on top to two-thirds bedrock.

The massive southern elevation, which is the most dramatic of all, consists of tiny windows with giant vertical blade-like stone cracks shearing into zero width. Those cracks bring light into the vertical circulation areas and the hidden bathroom gardens. The shearing cement in the walls thins down to zero in width, causing the knife edges to crack and act upon their material character.

The Academy Building has a double folded functionality: from one side it is an environmental academy that presents nature-oriented educational programs, on the other, it is a high-end restaurant and a craft shop that finance the academic program of the project.

Arriving at the building after crossing a bridge spanning 30 meters over the quarry gap (the longest masonry arch in Jordan and probably the region and is equivalent in diameter to Hagia Sophia’s dome), the building welcomes you at the exact middle contact point between the restaurant’s dining room to your right and the academy to your left. There, quarry rock acts as the primary foundation.

The corridors are defined by a crack in the ceiling that lets natural sunlight in and guides the visitor to the rest of the academy. The building has an elementary treatment of materials. It is made from Ajlouni limestone from the site’s quarry and other quarries that share the same strudel of rock. In the lecture hall, a bare concrete block is used for acoustic buffering and insulation and straw in the wall sections. Cuts in the walls were kept exposed without plastering, which shows in the openings of the hall.

On the opposite side of the building facing the forest, which was not affected by quarrying activities, the academy touches the forest with a beautiful handshake. The building hovers over the forest and barely touches it. It has a minimal footprint as the foundation columns cantilever tilts at 45 degrees above the forest floor, and cantilevered terraces with blade-like edges floats –almost like paper- above trees canopies. 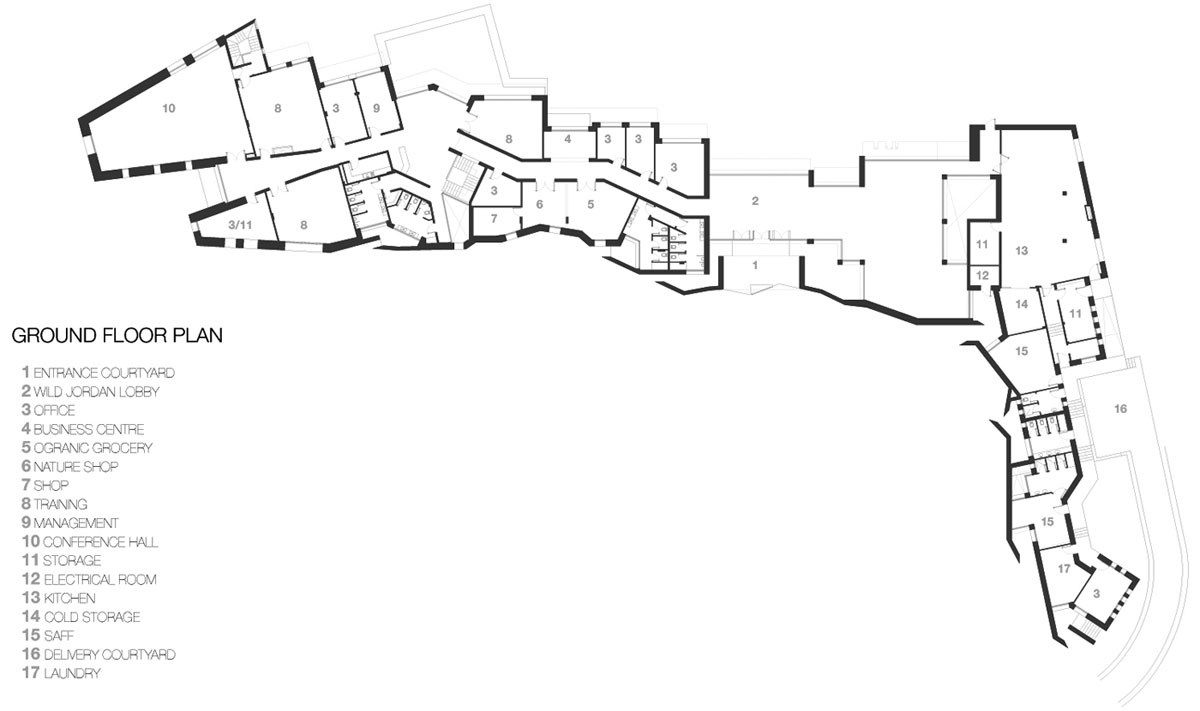 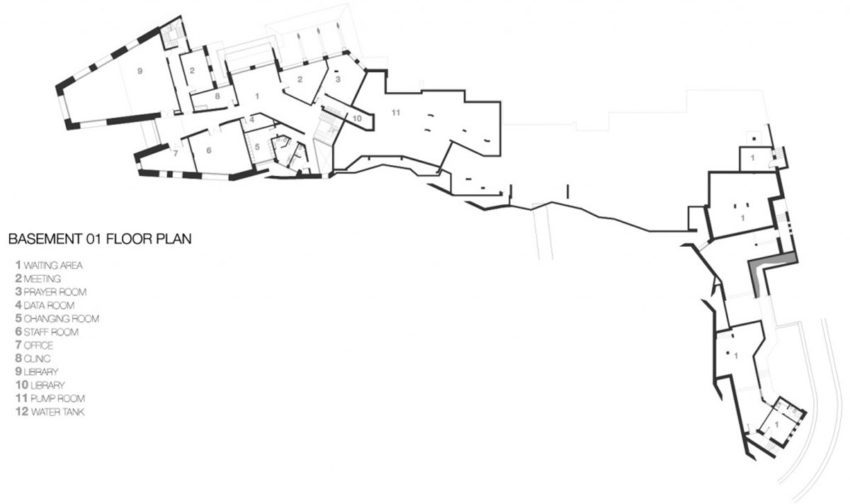 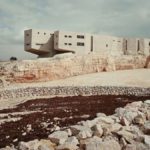 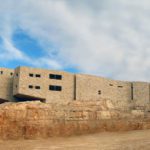 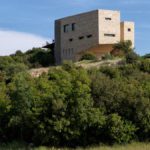 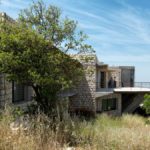 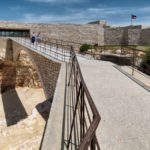 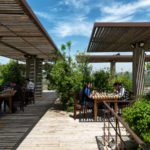 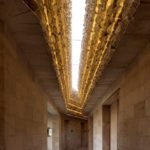 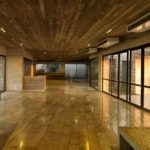 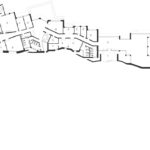 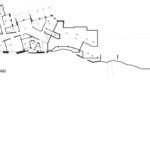 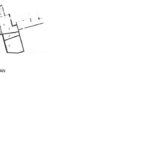 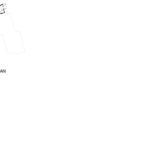