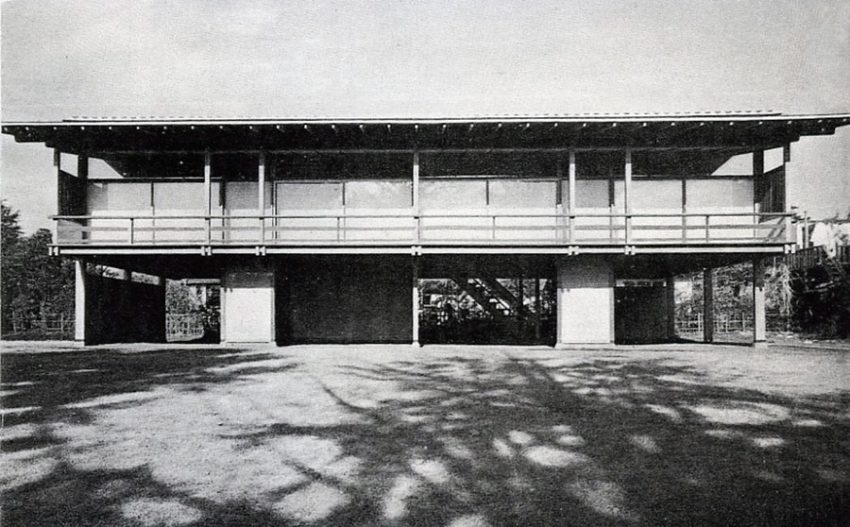 The Tange Residence, also known as the Seijo Villa, was designed by Japanese architect Kenzo Tange and it is the only house the architect ever completed. The project was built in 1953, and the design elegantly reconciles Western modernism with the Japanese tradition.

The role of tradition is that of a catalyst, which furthers a chemical reaction, but is no longer detectable in the end result. Tradition can, to be sure, participate in a creation, but it can no longer be creative itself. 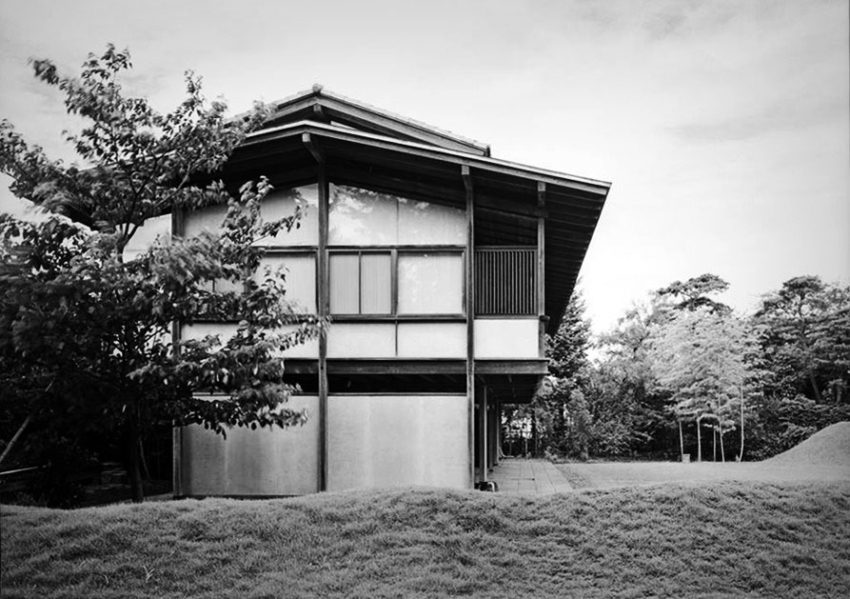 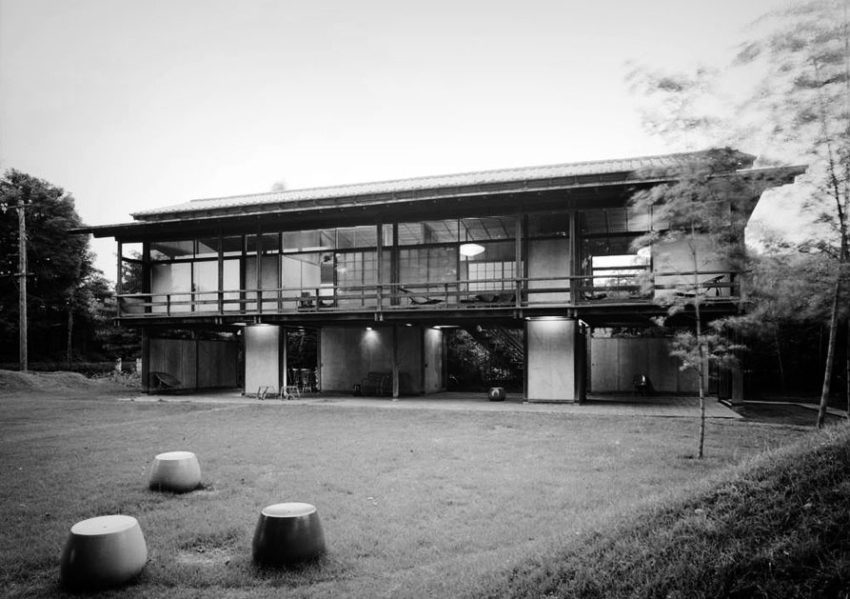 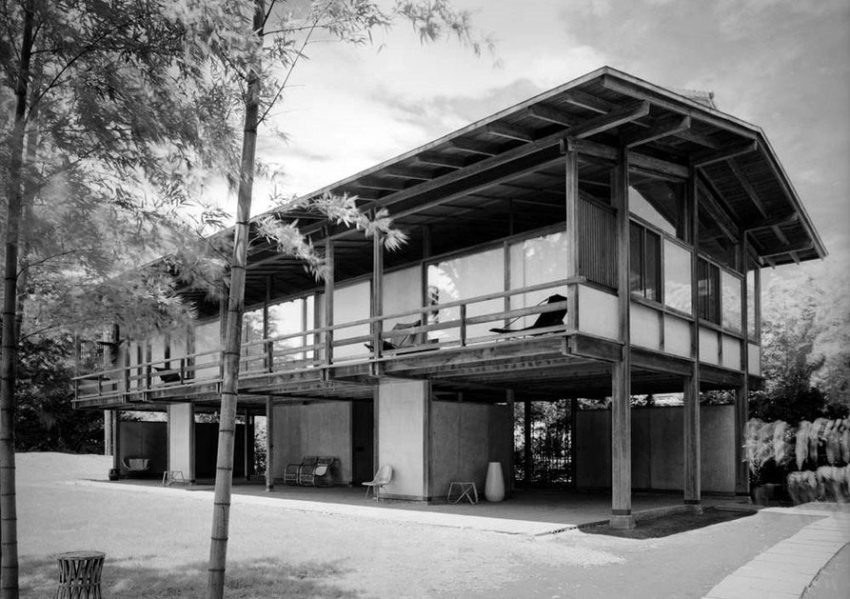 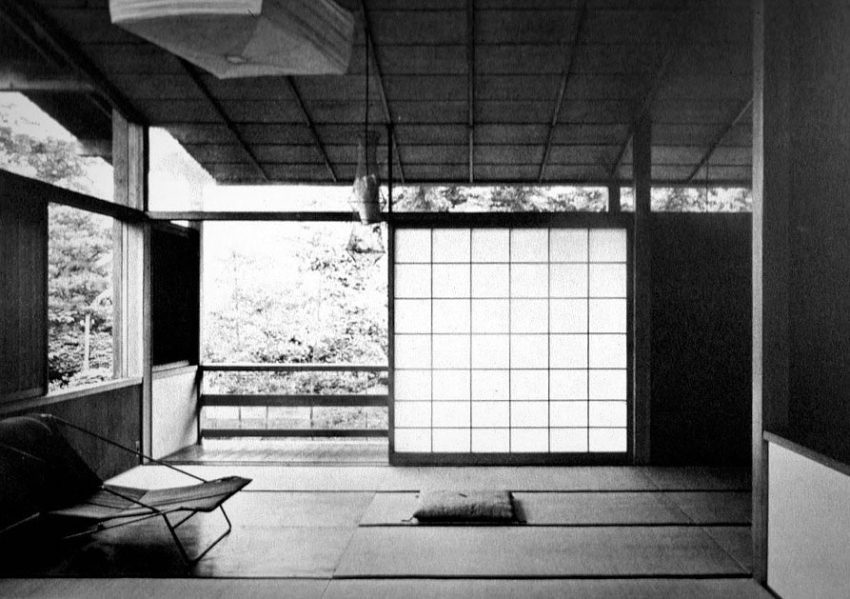 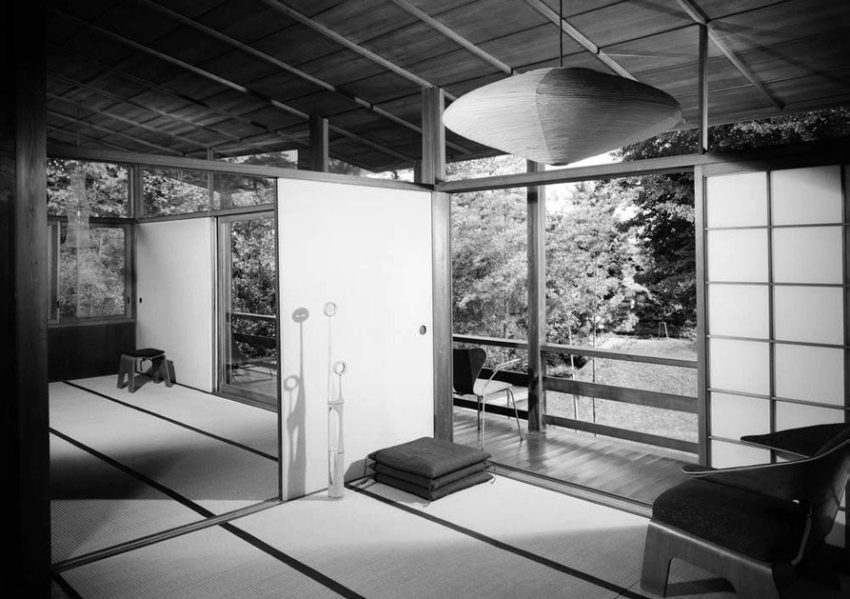 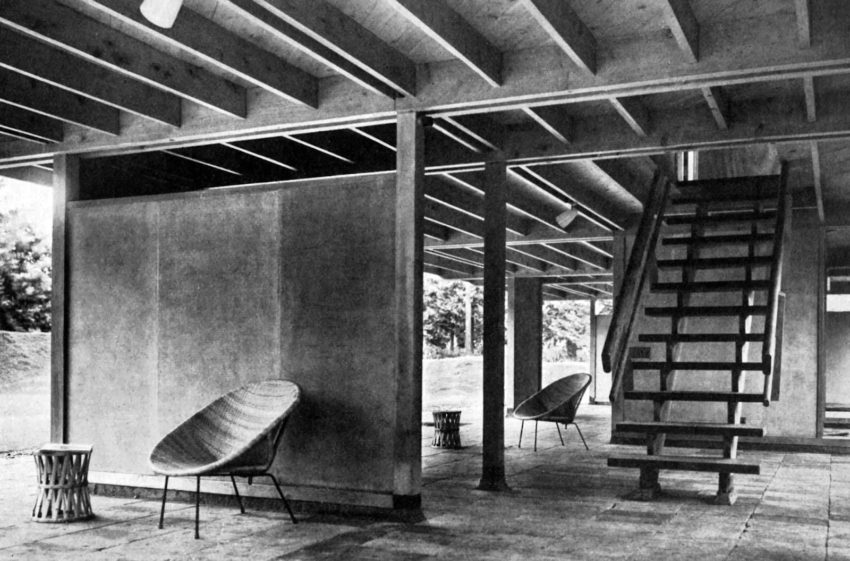 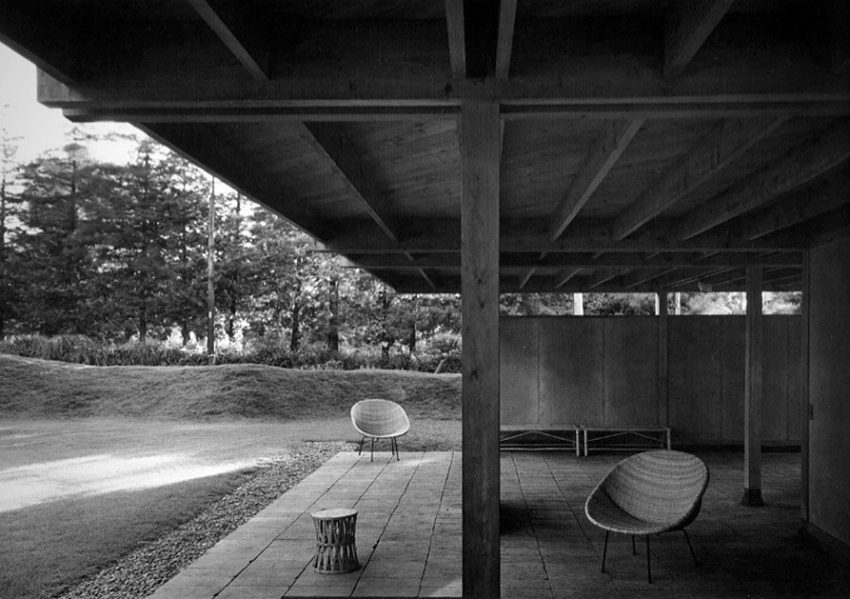 Tange’s own house was inspired by Le Corbusier’s Villa Savoye and applied some of the principles the french architect had formulated years before, such as the Pilotis, the free ground plan, and the open facade. The house, now demolished, used a grid of wood columns that replaced the load-bearing walls to make the soil freely usable. The residence’s ground floor became a shaded and fluid space, both exterior and interior, where residents enjoyed nature. Two years before, this strategy was used by the Japanese architect when he raised off the ground at the Hiroshima Peace Museum.

Although the design was inspired by western architecture, it is fused with traditional Japanese techniques. The elevated interior, the use of wood, the two-tier roof, the engawa, and the use of fusuma and tatami, are all characteristics of traditional Japanese architecture. The house was based on the tatami mat module, with the largest rooms designed to have flexibility so that they could be separated into three smaller rooms by fusuma sliding doors.

Similarly, the facade is designed with a rhythmic pattern; it comprises two types of facade designs (“a” and “b”) that are ordered laterally in an a-b-a-a-b-a arrangement. The house is topped with a two-tier roof.

Three years later, in 1954, Kazuo Shinohara built a house in Kugayama that was clearly inspired by Kenzo Tange’s design, although it was built in steel and had a more straightforward facade rhythm. 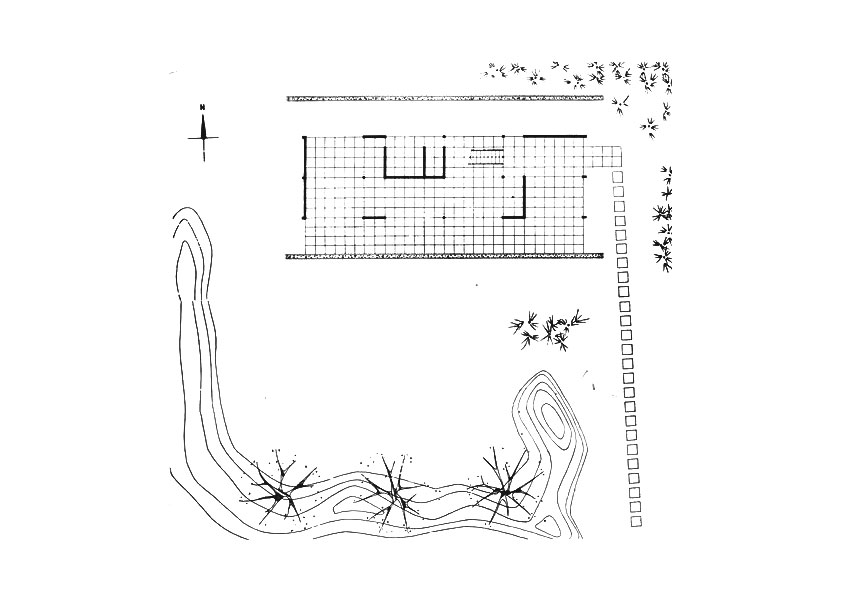 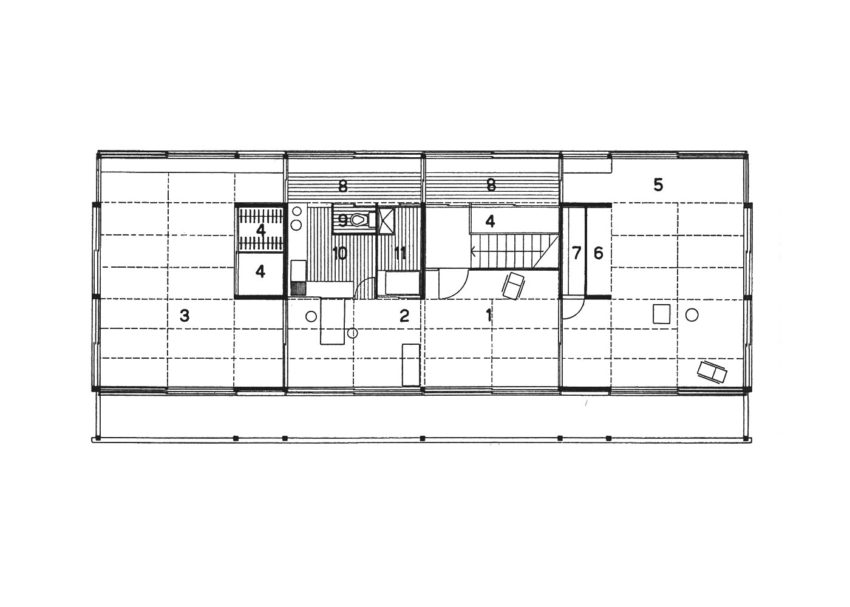 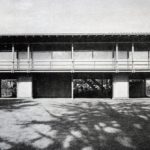 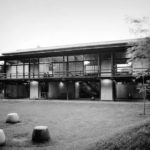 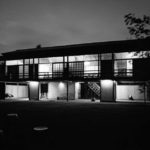 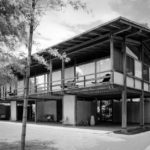 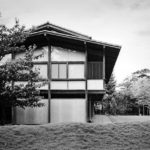 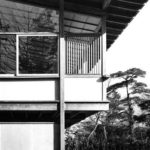 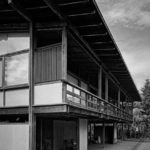 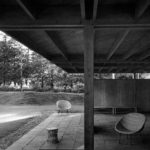 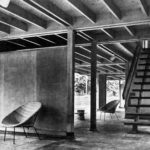 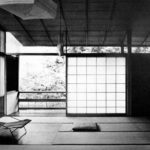 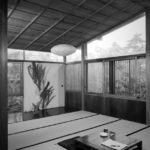 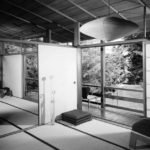 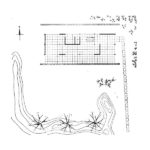 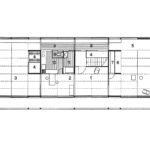 Kenzo Tange (1913-2005), the winner of the 1987 Pritzker Architecture Prize, is one of Japan’s most honored architects. Teacher, writer, architect, and urban planner, he is revered for his work and his influence on younger architects.

He was born in the small city of Imabari, Shikoku Island, Japan, in 1913. Although becoming an architect was beyond his wildest dreams as a boy, Le Corbusier’s work stirred his imagination so that in 1935, he became a student in the Architecture Department of Tokyo University. In 1946, he became an assistant professor at Tokyo University and organized the Tange Laboratory. His students included Fumihiko Maki, Koji Kamiya, Arata Isozaki, Kisho Kurokawa, and Taneo Oki.

Tange was in charge of the reconstruction of Hiroshima after World War II. The Hiroshima Peace Center and Park, beginning in 1946, made the city symbolic of the human longing for peace. Architecturally, the Peace Center shows a deep understanding of traditional culture while simultaneously is a signpost in the search for a modern style in Japan.

Other works from Kenzo Tange