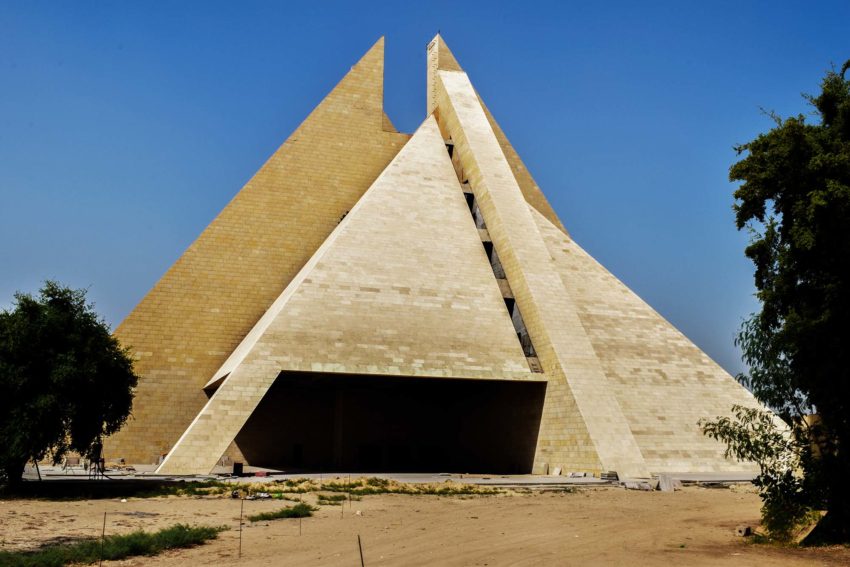 At the end of 2020, the construction of the Akhenaten Archaeological Museum in Minya is set to be completed according to Egypt’s antiquities ministry officials. The German government designed the museum as a gift for the Egyptian government in 1998 as a partnership between the Aten & Hildesheim Museums. Late architect Gamal Bakry modified the building. 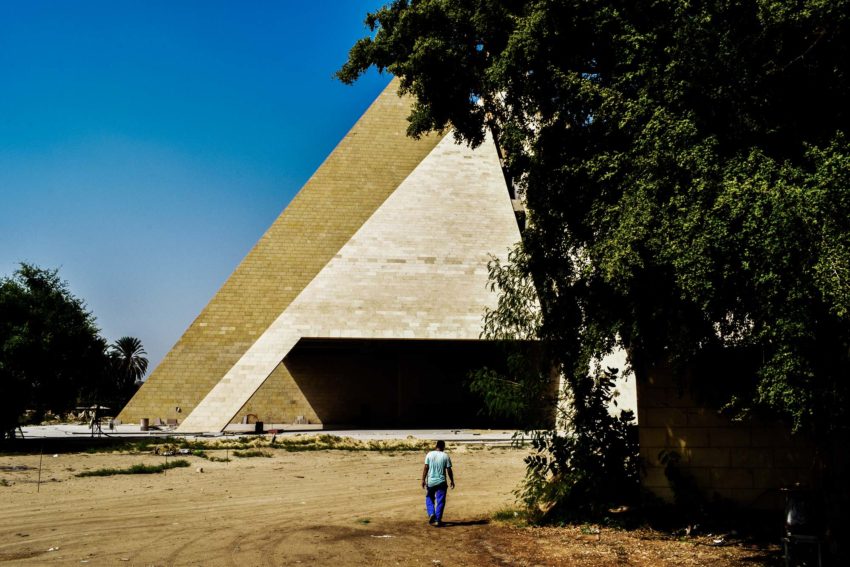 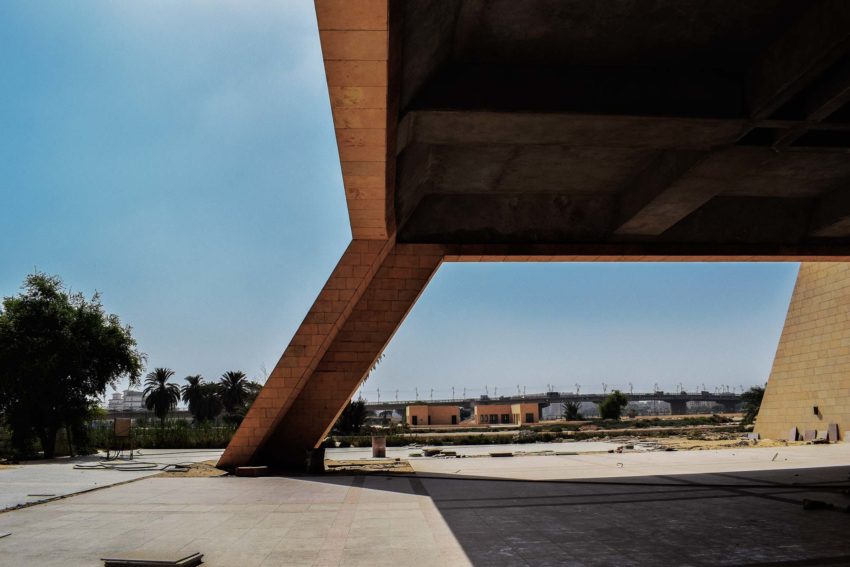 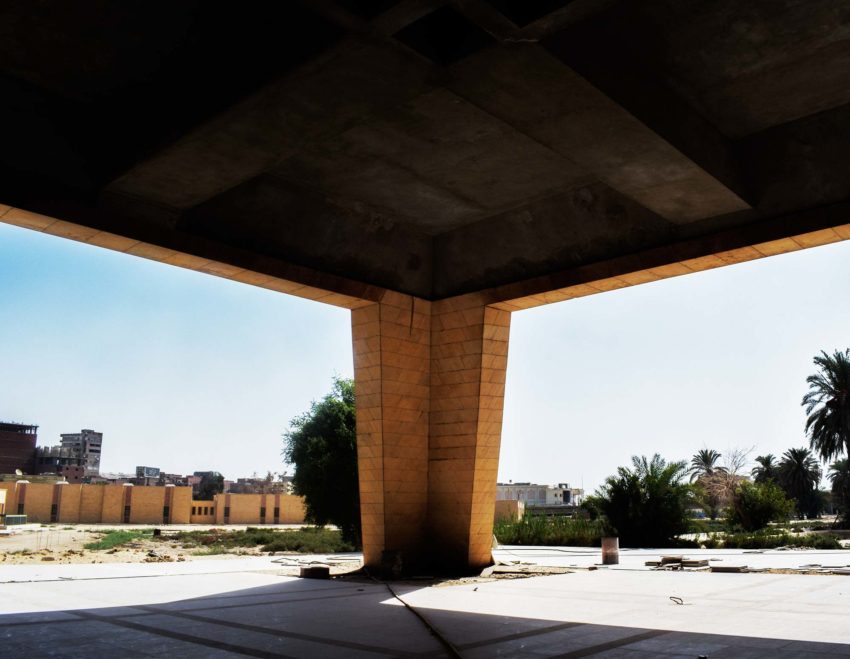 The idea of establishing the Akhenaten Museum began in 1979 after a twinning agreement between the city of Minya and the German city of Hildesheim. It was set to be one of the most critical aspects of the cultural presentation of the town of Akhenaten, telling the history between the Minya governorate and the capital of Egypt at that time.

AKHENATEN MUSEUM, the yet unfinished museum, has become a monument itself, and it is like all the masterpieces with unfinished touches, the light touch of eternity, like Venus’ missing arms and the missing pages of the illumination scene of a novel. But that sure has its disappointing side.

In Minya, a half green – half concrete linear city in Upper Egypt, the pyramid-shaped museum is located on the east bank of the Nile river. It has become a true representative landmark of the city. This sharp monolith can be seen from the corniche line on the western bank and in dramatic scenery from the road on the Nile bridge.

The museum design was set in 1998 after a partnership between Elminya and Heildishiem. The construction began in 2002, and due to several events and reasons, it is still unfinished today. Nonetheless, with its elegant form, it has already become a monument of the city. And a true landmark that defines the whole city.

Satellite Views of the Akhenaten Museum 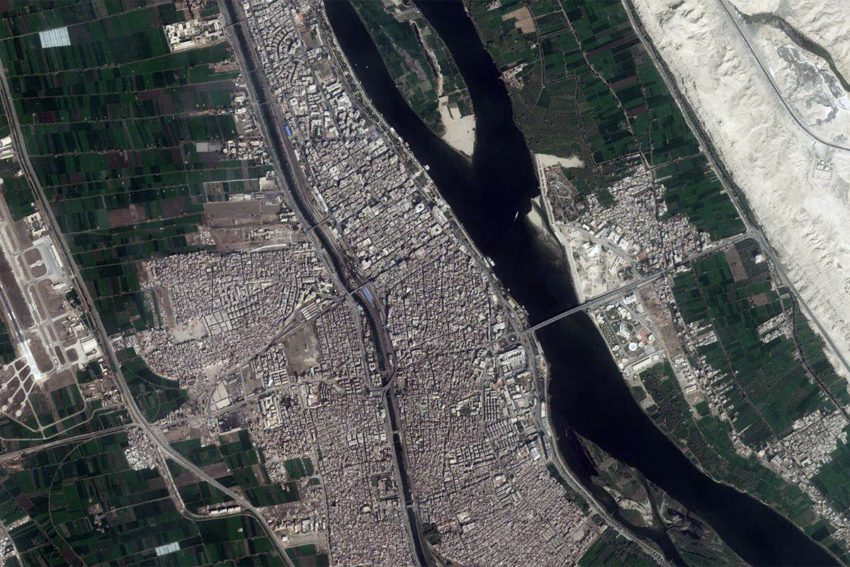 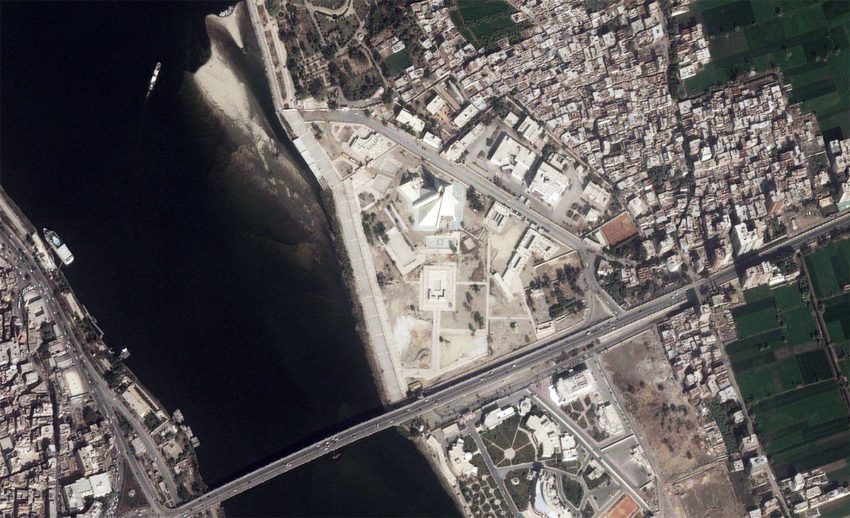 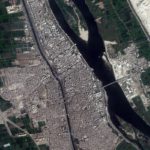 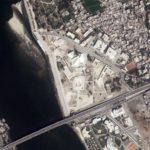 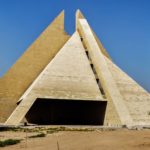 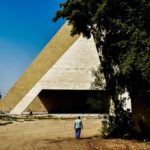 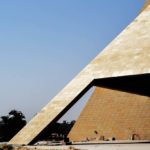 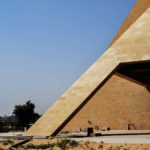 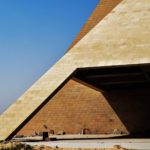 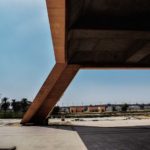 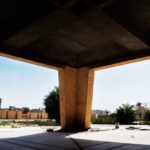