20 Stunning Aerial Views of Cities Around the World / Urban Planning 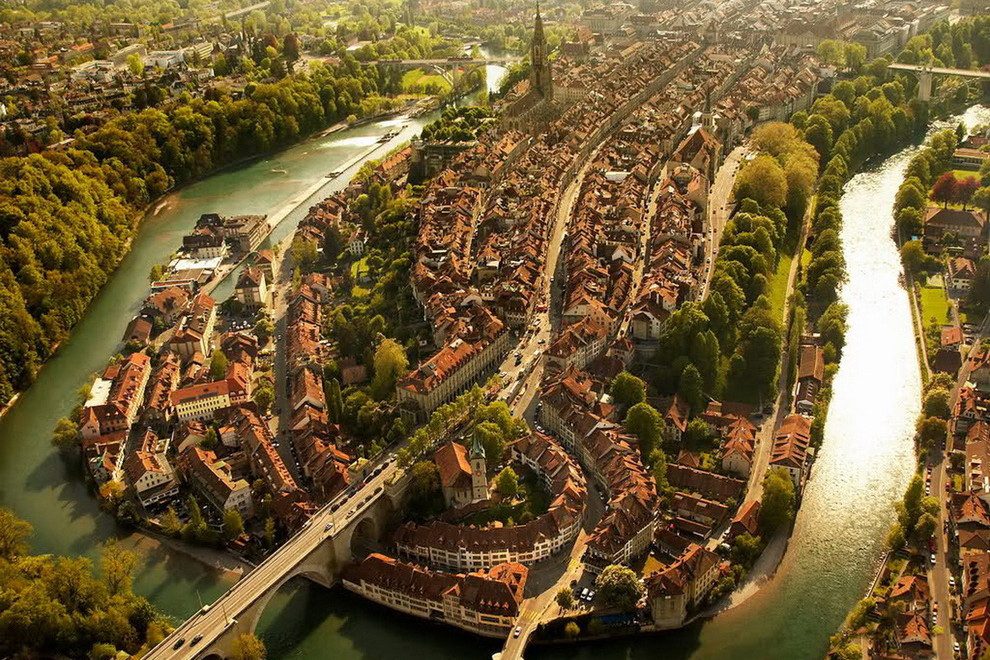 Aerial Photography is particularly difficult to do. First, you’re generally going to be in a moving aircraft with windows. Considering the cost of plane and fuel, this makes waiting around for better lighting somewhat less of an option.

To get a good aerial shot, you need to plan to be in the sky at the right time, know how to avoid window reflection, and take the photo at a quick enough shutter speed that the airplane’s motion doesn’t make the image blurry.

For all these reasons, a good aerial shot is that much more impressive than a good shot taken on land. This article has selected 20 Amazing Aerial Views from cities to learn from the best urban planned metropolis. 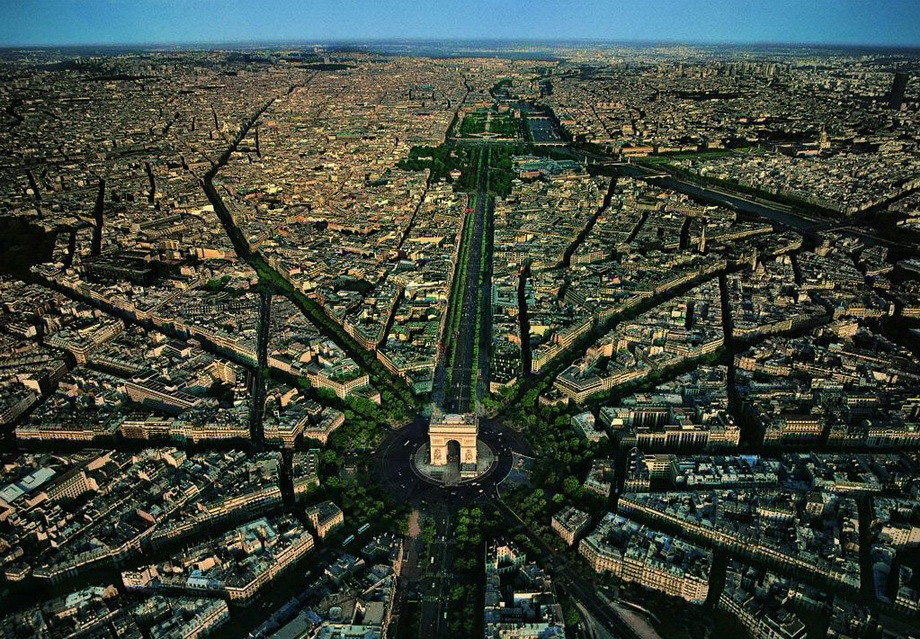 Paris, France, is a major European city and a global center for art, fashion, gastronomy, and culture. Wide boulevards and the River Seine crisscross its picturesque 19th-century cityscape. Beyond such landmarks as the Eiffel Tower and the 12th-century, Gothic Notre-Dame cathedral, the city is known for its cafe culture and designer boutiques along the Rue du Faubourg Saint-Honoré. 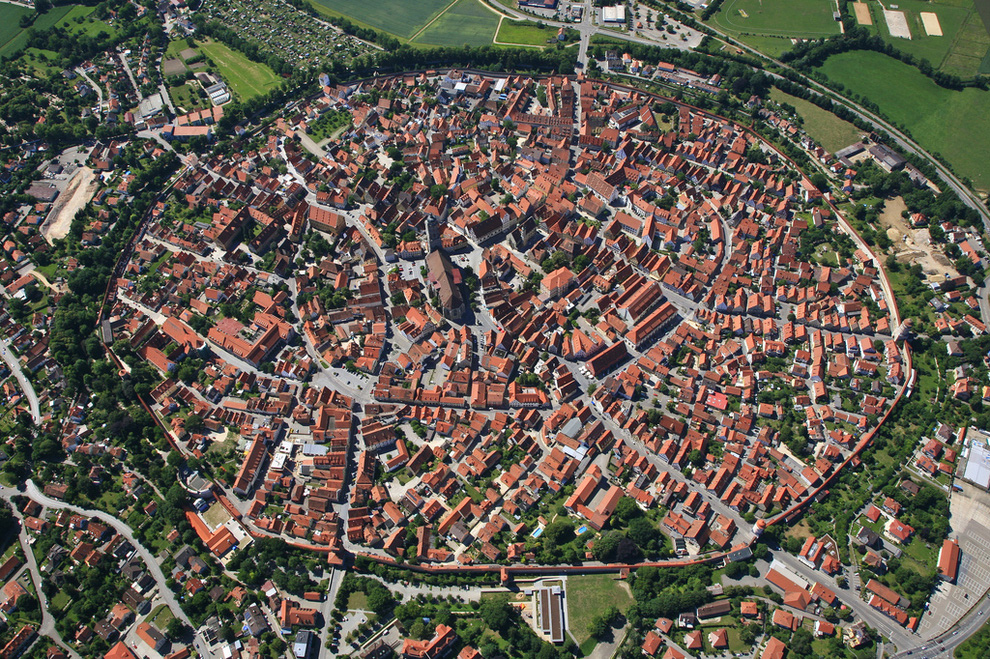 Nördlingen is a town in the Donau-Ries district, in Swabia, Bavaria, Germany, with a population of approximately 24,000 people. It was first mentioned in recorded history in 898, and in 1998 the town celebrated its 11th anniversary. The town was the location of two battles during the Thirty Years’ War, which took place between 1618–1648. Today it is one of only three towns in Germany with a completely established city wall, the other two being Rothenburg ob der Tauber and Dinkelsbühl. 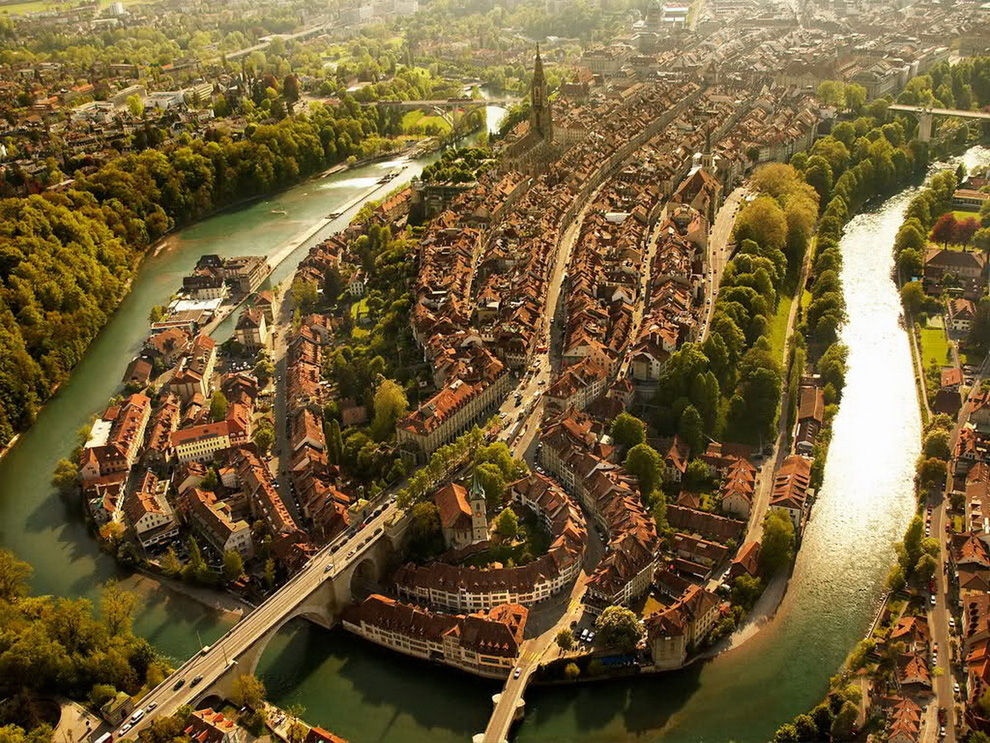 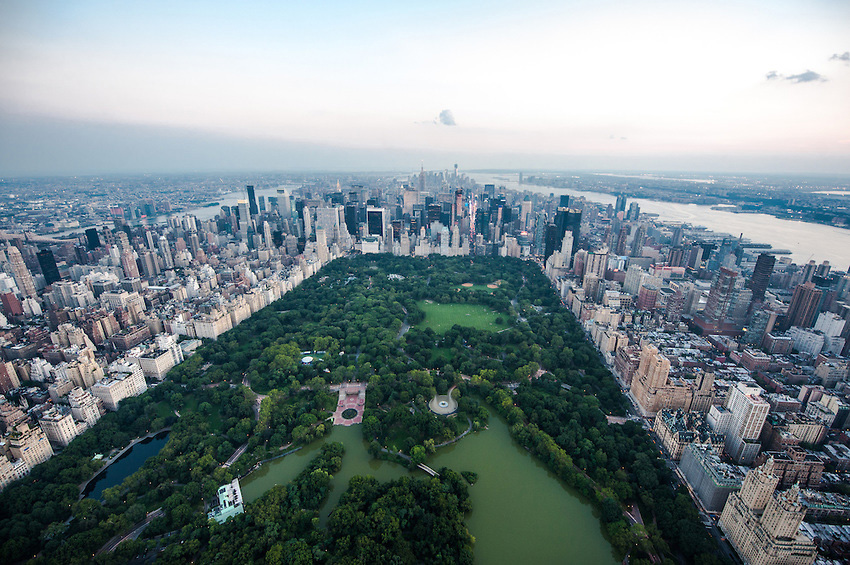 New York City, USA. Home to some of the most iconic places globally, like Central Park and Times Square, New York City is the most heavily populated city in the United States. Some sources have ranked New York as the most photographed city in the world. This picture demonstrates how huge Central Park is, especially in such a densely packed city. Its real-estate value has been appraised at 528.7 billion dollars. 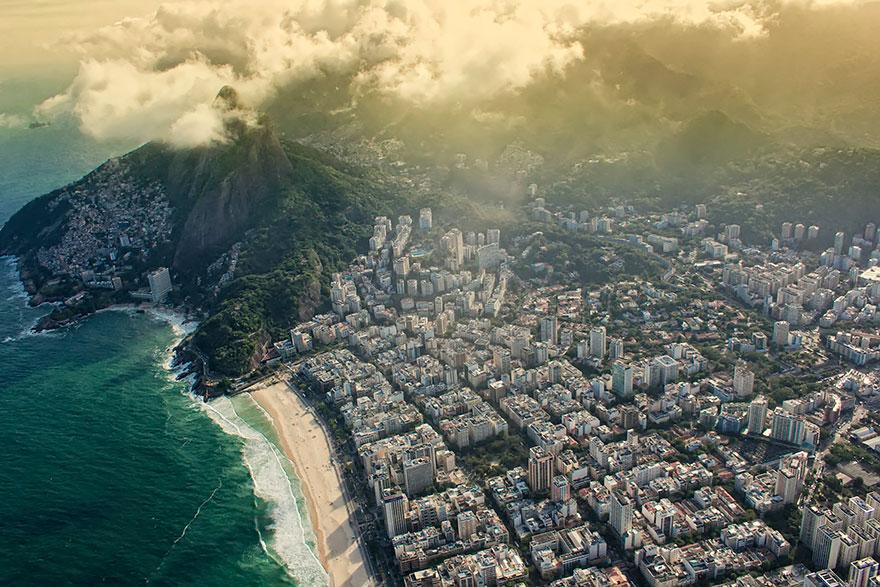 Rio de Janeiro is a huge seaside city in Brazil, famed for its Copacabana and Ipanema beaches, 38m Christ the Redeemer statue atop Mt. Corcovado and Sugarloaf, a granite monolith with cable cars to its summit. The city is also known for its sprawling favelas (shanty towns). This year, it’s hosting the World Cup, and in 2016, it’s hosting the Summer Olympics. 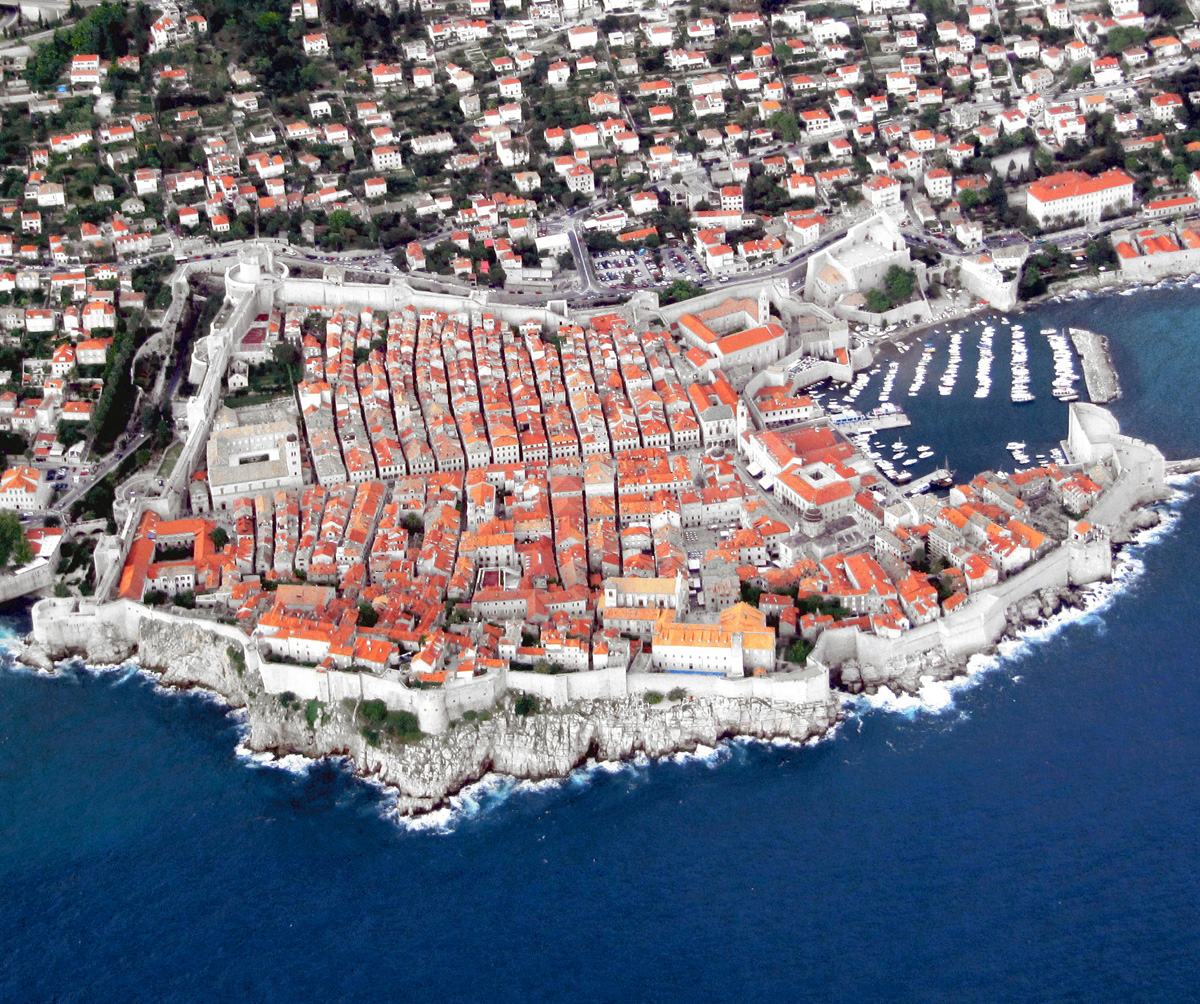 This Croatian city is on the Adriatic Sea and is on the UNESCO list of World Heritage Sites. It is one of the most outstanding tourist destinations in the Mediterranean. 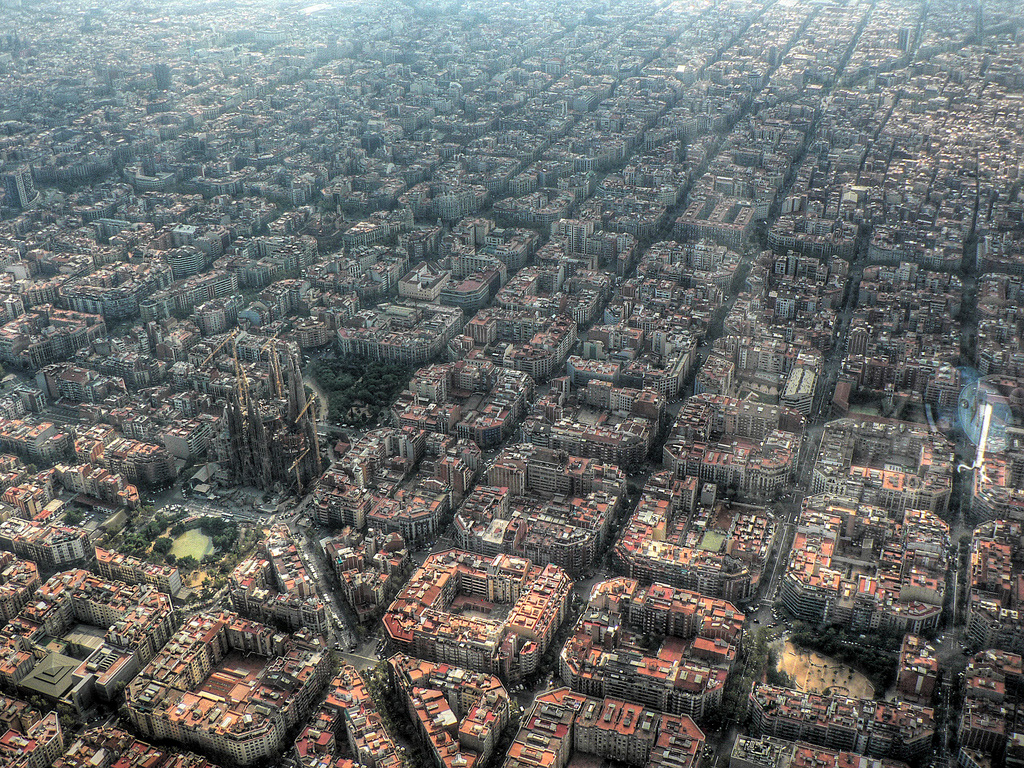 © Source: All that is interesting 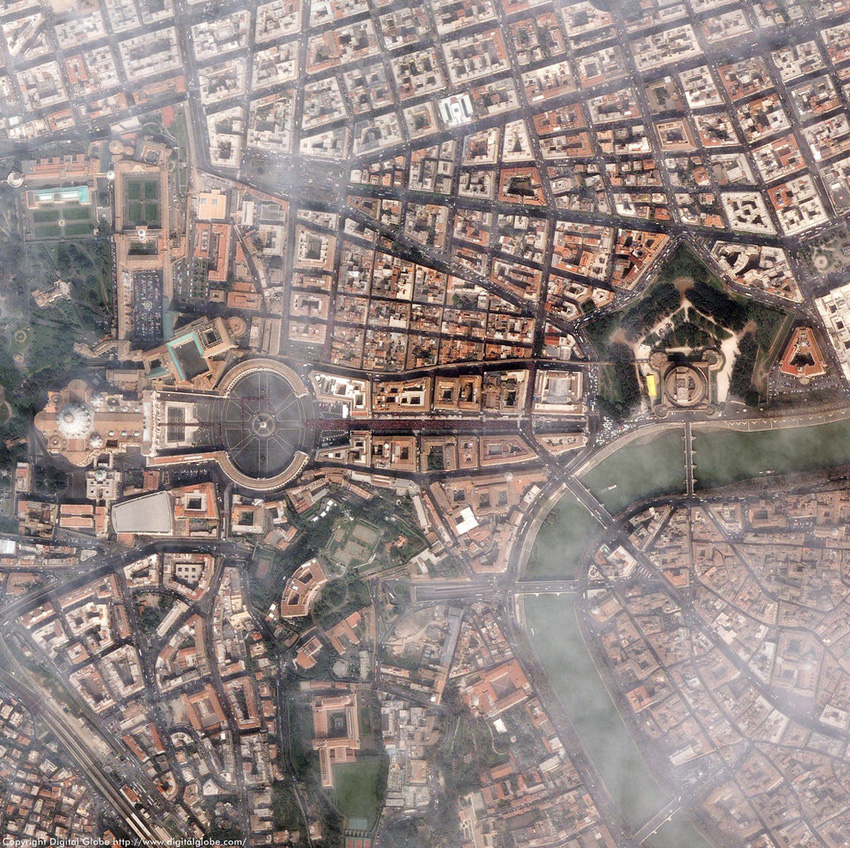 Vatican City, a city-state surrounded by Rome, Italy, is the Roman Catholic Church’s headquarters. It’s home to the pope and a trove of iconic art and architecture. Its Vatican Museums house ancient Roman sculptures such as the Laocoön and Renaissance frescoes in the Raphael Rooms and the Sistine Chapel, famous for Michelangelo’s ceiling. 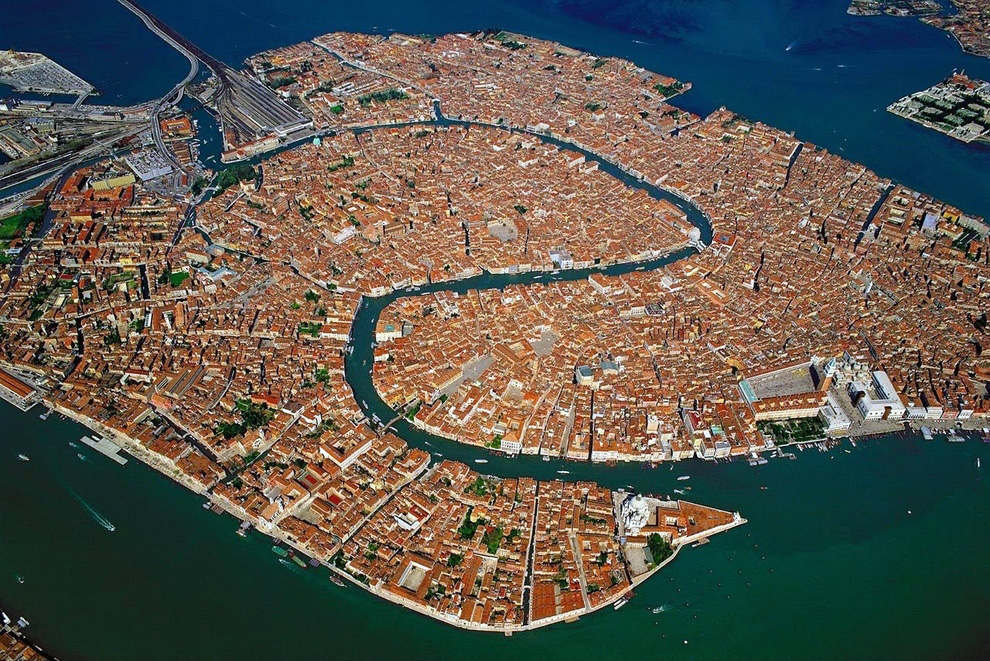 Venice, the capital of northern Italy’s Veneto region, is built on more than 100 small islands in a marshy lagoon in the Adriatic Sea. Its stone palaces seemingly rise out of the water. There are no cars or roadways, just canals, and boats. The Grand Canal snakes through the city, filled with innumerable narrow, mazelike alleys and small squares. 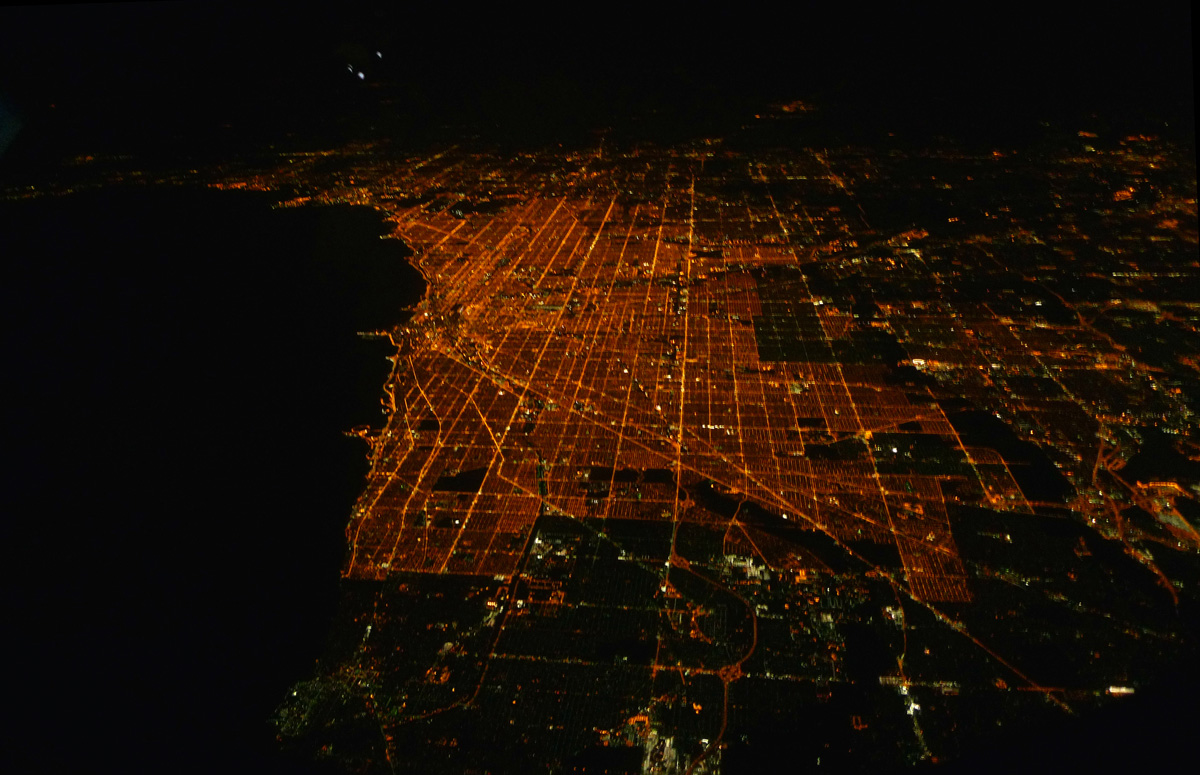 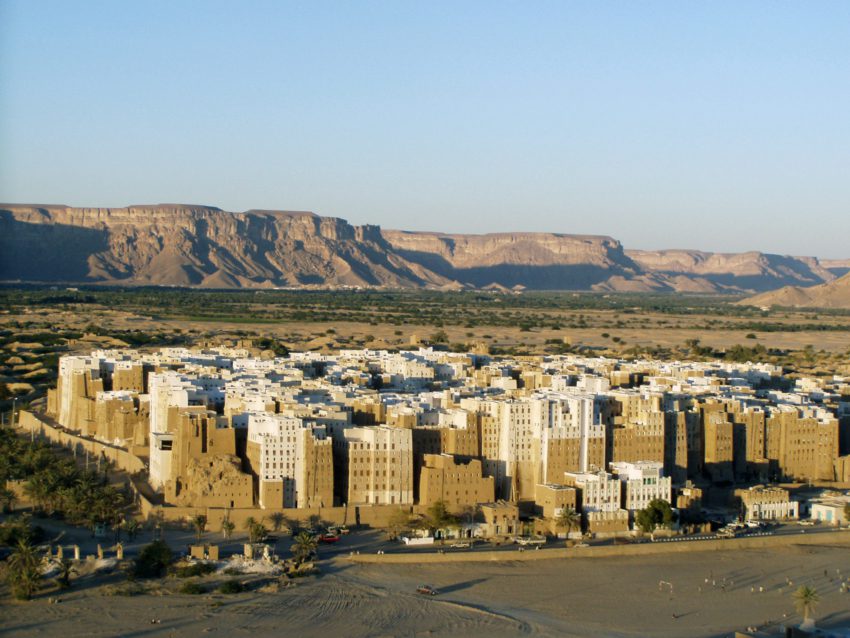 The fascinating town of Shibam is built on the bed of the Wadi Hadramaut, which is subject to seasonal devastating floods. Its seemingly fragile mud-brick tower houses have withstood the deleterious action of torrential rains thanks to the fact that it actually lies on a hillock in the middle of the wadi, which adds to the protection of the vulnerable earther walls that surround the town. One of the most destructive floods on record dates from the mid 16th century, which almost washed out the entire city. Actually, almost the totality of the buildings in Shibam today are posterior to that flood. 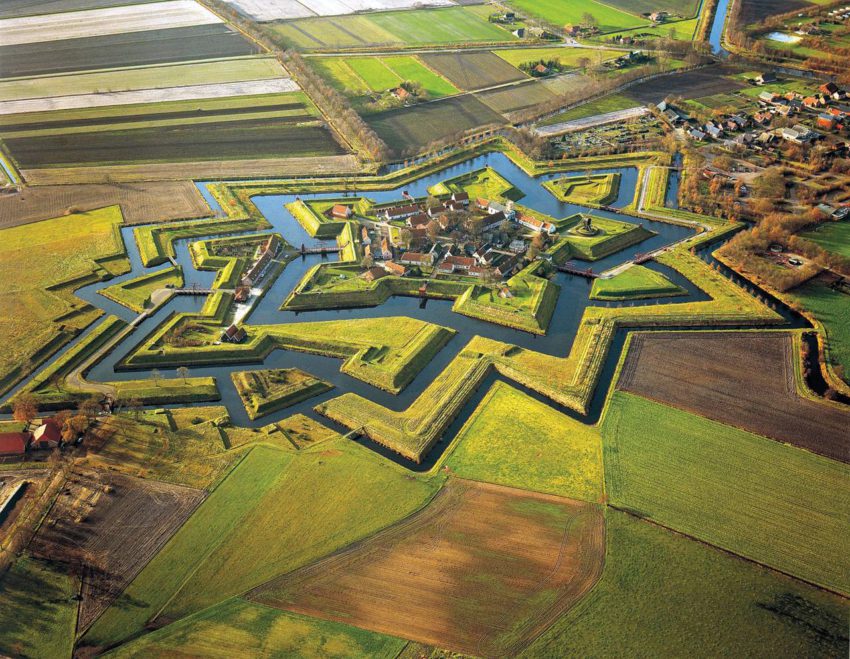 Bourtange is a village with a population of 430 in the municipality of Westerwolde in the Netherlands. It is situated in the region Westerwolde in the east of Groningen’s province near the German border. Fort Bourtange was built in 1593 during the Dutch Revolt and was used until 1851. Its original purpose was to control Germany and Groningen’s only road, which was controlled by the Spaniards during the time of the Eighty Years’ War.

After experiencing its final battle in 1672, the Fort continued to serve in the defensive network on the German border until it was finally given up in 1851 and converted into a village. Fort Bourtange currently serves as a historical museum. 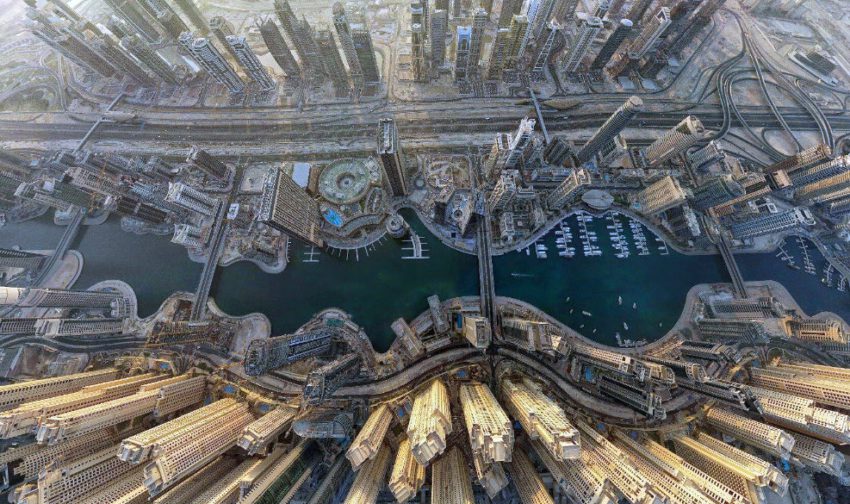 Dubai is the most populous city in the United Arab Emirates (UAE). Located in the eastern part of the Arabian Peninsula on the Persian Gulf coast, Dubai aims to be Western Asia’s business hub. It is also a major global transport hub for passengers and cargo. Oil revenue helped accelerate the development of the city, which was already a major mercantile hub.  A center for regional and international trade since the early 20th century, Dubai’s economy relies on revenues from trade, tourism, aviation, real estate, and financial services. According to government data, Dubai’s population is estimated at around 3,400,800 as of 8 September 2020. 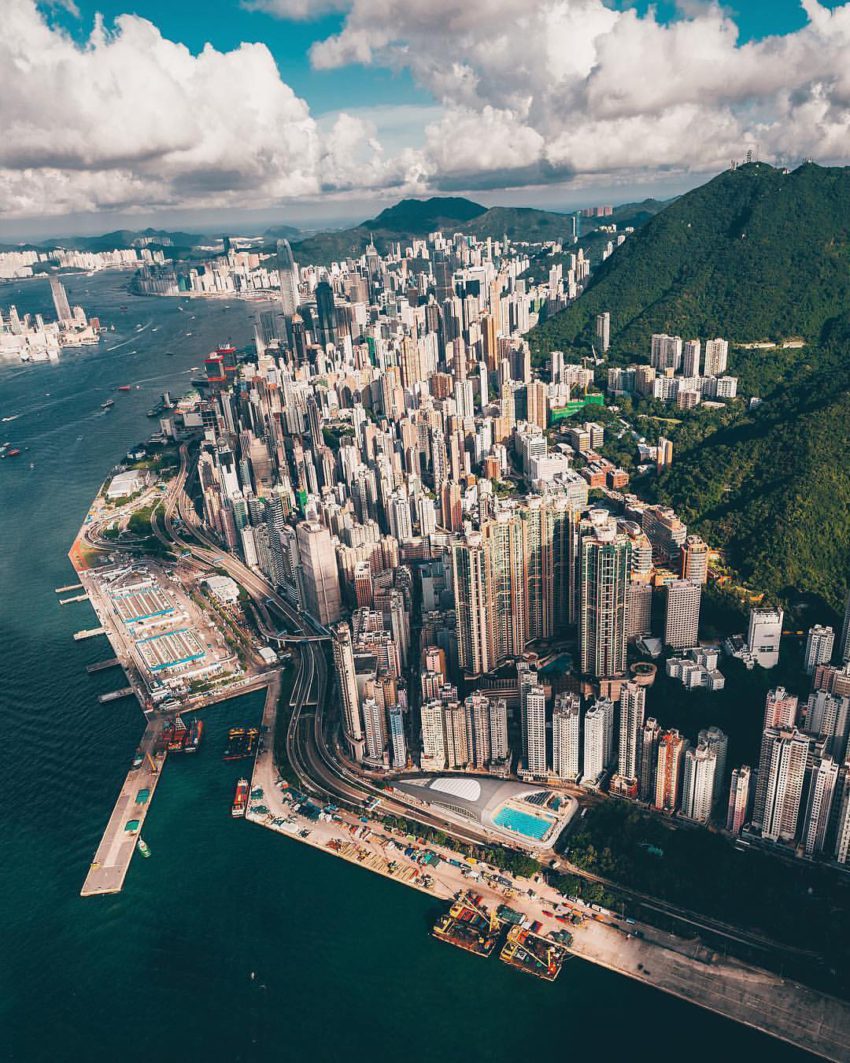 Hong Kong, officially the Hong Kong Special Administrative Region of the People’s Republic of China, has over 7.5 million residents of various nationalities in a 1,104-square-kilometre (426 sq mi). Hong Kong became a British Empire colony after the Qing Empire ceded Hong Kong Island at the end of the First Opium War in 1842. The colony expanded to the Kowloon Peninsula in 1860 after the Second Opium War and was further extended when Britain obtained a 99-year lease of the New Territories in 1898. The whole territory was transferred to China in 1997. As a special administrative region, Hong Kong maintains separate governing and economic systems from mainland China under the principle of “one country, two systems.” 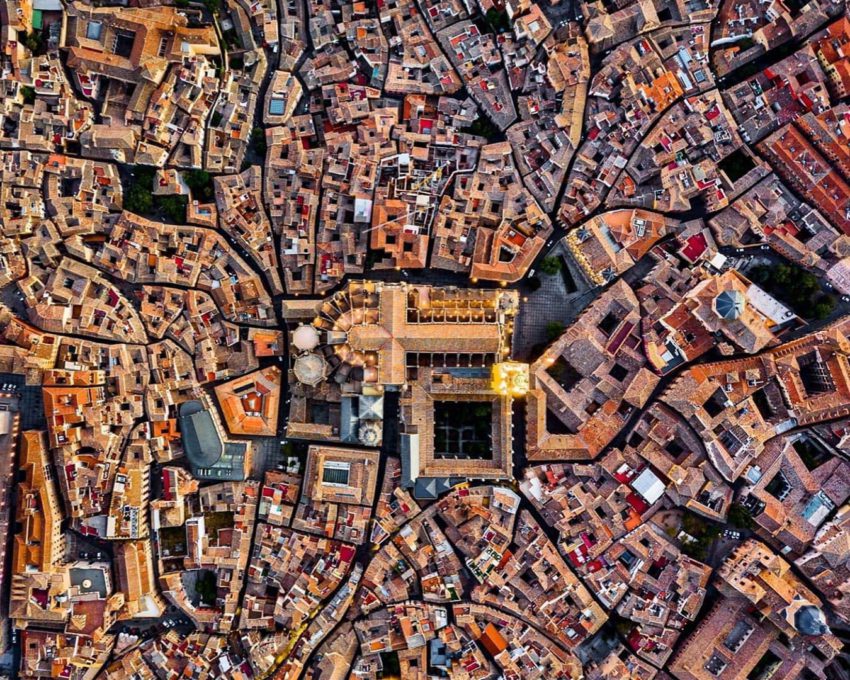 Toledo is an ancient city set on a hill above the plains of Castilla-La Mancha in central Spain. The capital of the region, it’s known for the medieval Arab, Jewish and Christian monuments in its walled old city. It was also the former home of Mannerist painter El Greco. The Moorish Bisagra Gate and the Sol Gate, in Mudéjar style, open into the old quarter, where the Plaza de Zocodover is a lively meeting place. 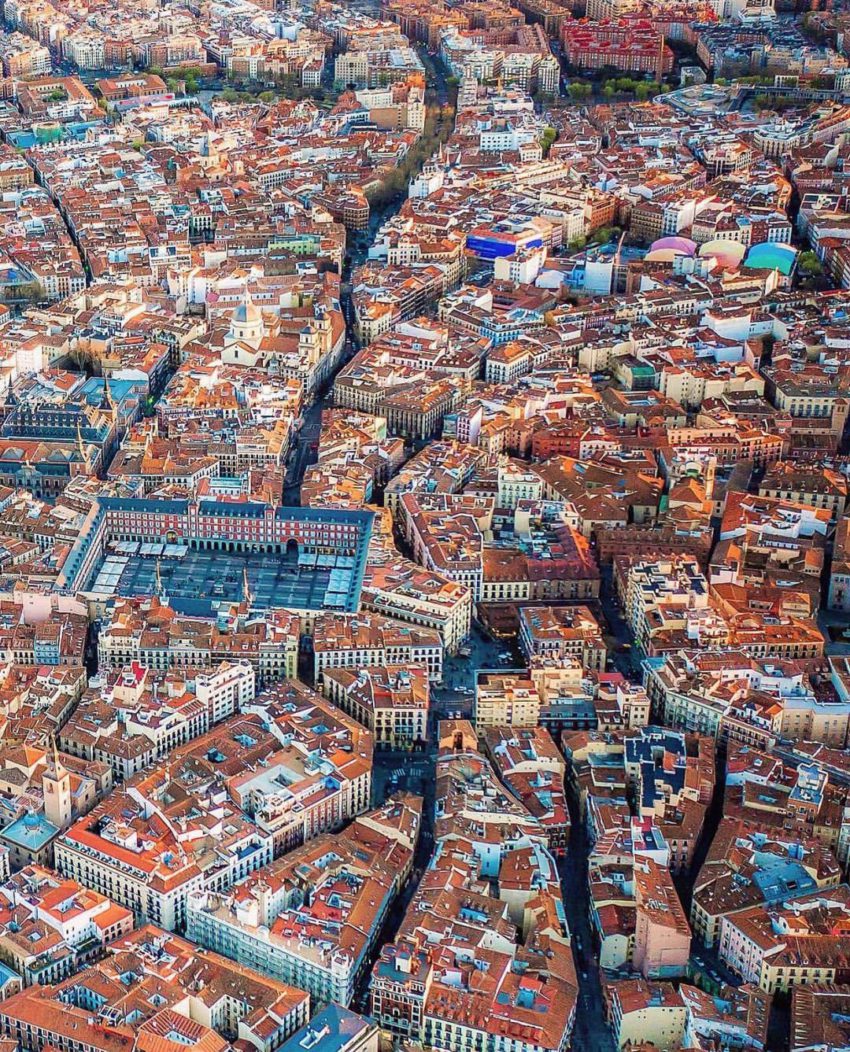 Madrid, Spain’s central capital, is a city of elegant boulevards and expansive, manicured parks such as the Buen Retiro. It’s renowned for its rich repositories of European art, including the Prado Museum’s works by Goya, Velázquez, and other Spanish masters. The heart of old Hapsburg Madrid is the portico-lined Plaza Mayor, and nearby is the baroque Royal Palace and Armory, displaying historic weaponry. 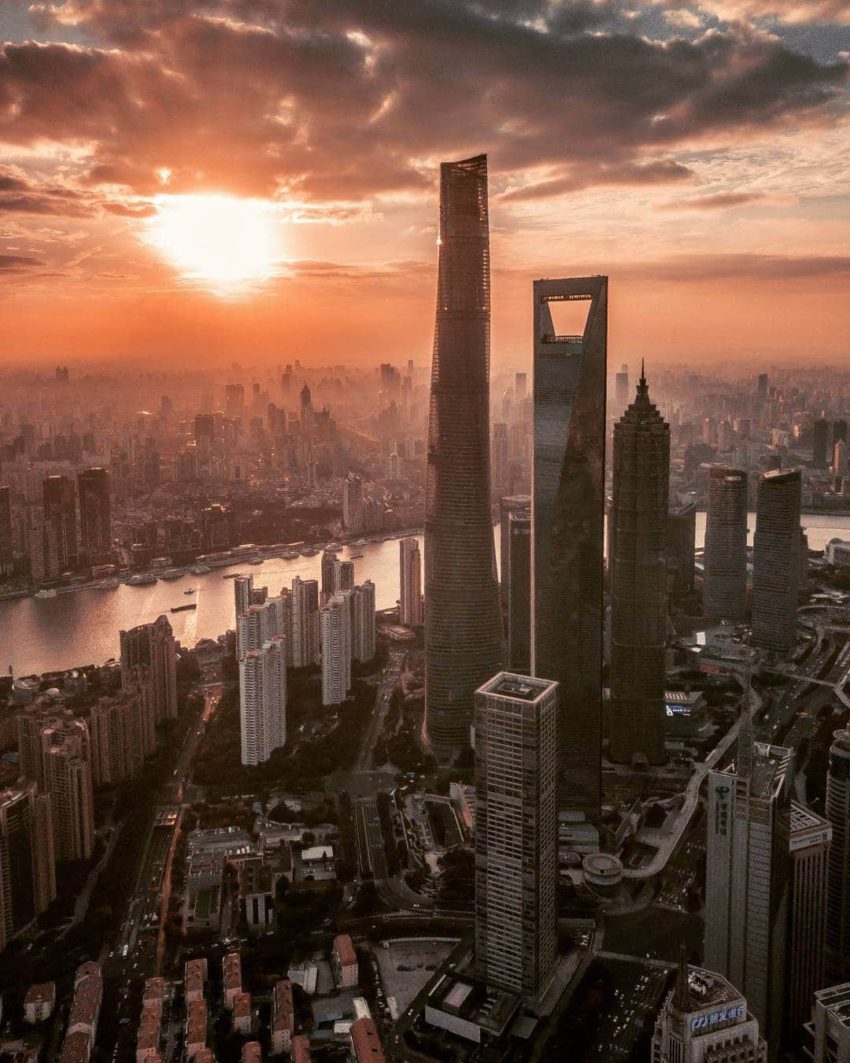 On China’s central coast, Shanghai is the country’s biggest city and a global financial hub. Its heart is the Bund, a famed waterfront promenade lined with colonial-era buildings. Across the Huangpu River rises the Pudong district’s futuristic skyline, including 632m Shanghai Tower and the Oriental Pearl TV Tower, with distinctive pink spheres. Sprawling Yu Garden has traditional pavilions, towers, and ponds. 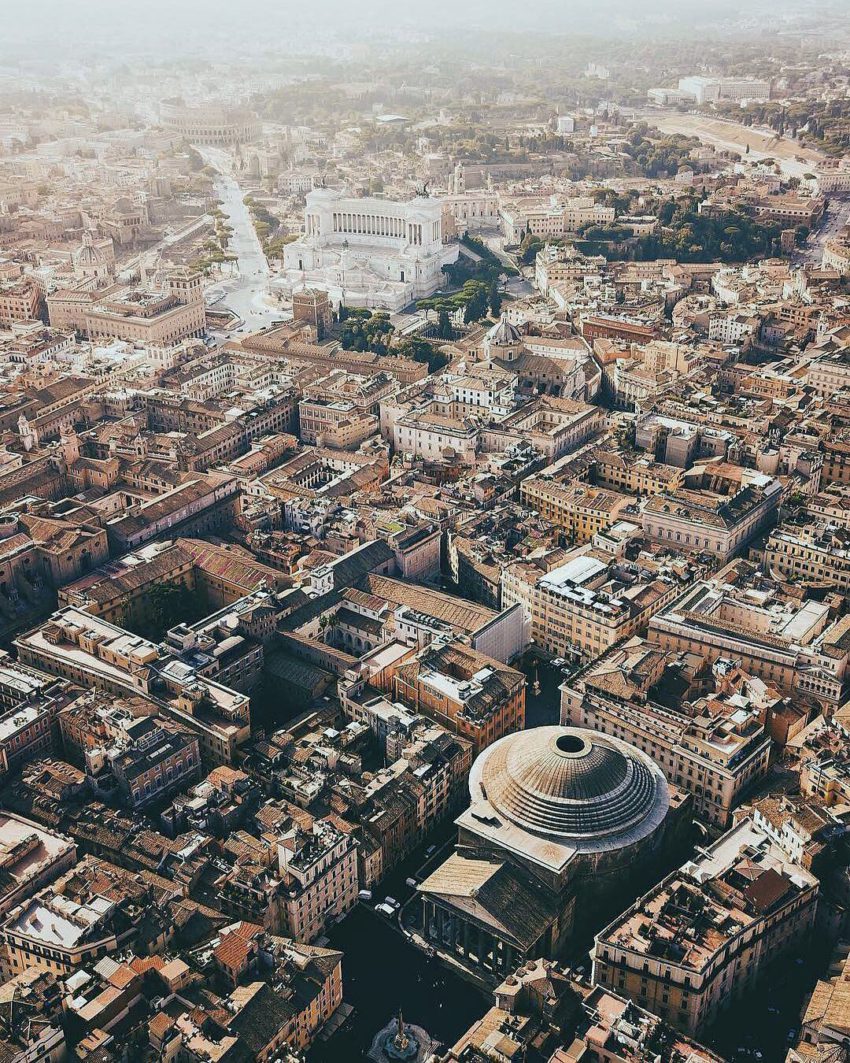 Rome is the capital city and a special comune of Italy and the capital of the Lazio region. The city has been a major human settlement for almost three millennia. With 2,860,009 residents in 1,285 km2 (496.1 sq mi), it is also the country’s most populated comune. While Roman mythology dates the founding of Rome at around 753 BC, the site has been inhabited for much longer, making it one of the oldest continuously occupied cities in Europe. The city’s early population originated from a mix of Latins, Etruscans, and Sabines. Eventually, the city successively became the capital of the Roman Kingdom, the Roman Republic, and the Roman Empire, and is regarded by many as the first-ever Imperial City and metropolis. 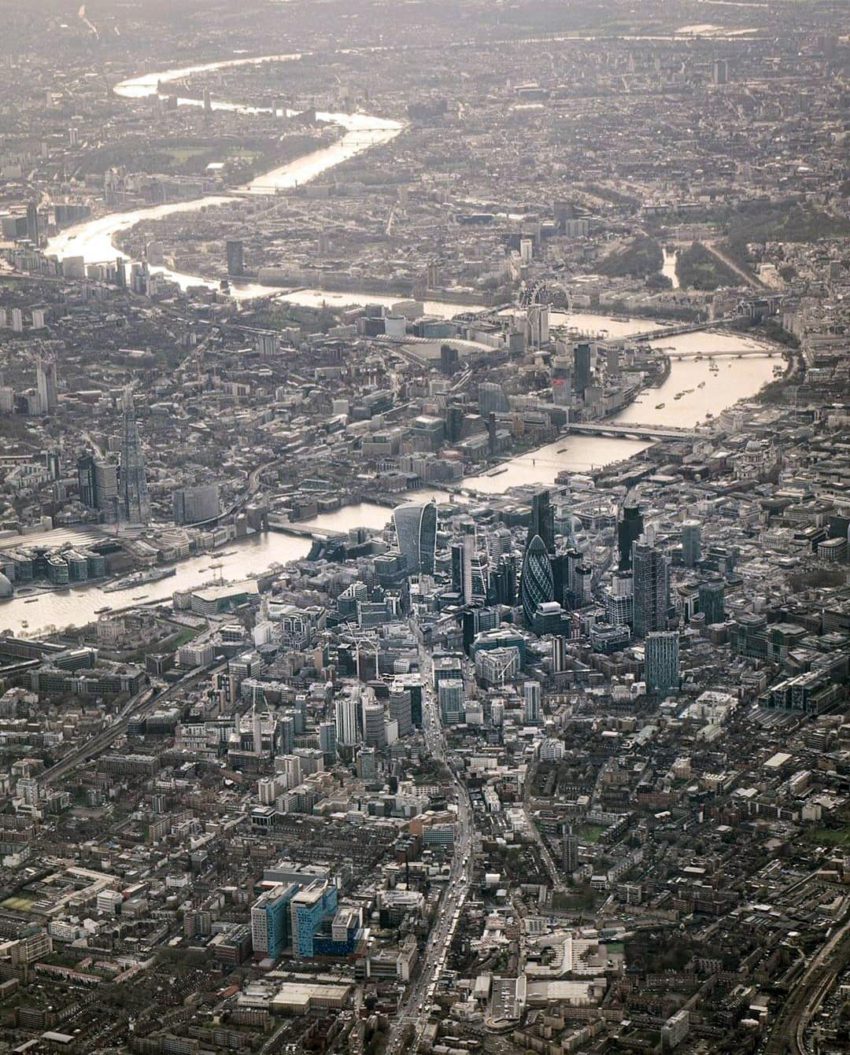 London, the capital of England and the United Kingdom, is a 21st-century city with a history stretching back to Roman times. At its center stand the imposing Houses of Parliament, the iconic ‘Big Ben’ clock tower, and Westminster Abbey, site of British monarch coronations. Across the Thames River, the London Eye observation wheel provides panoramic views of the South Bank cultural complex and the entire city. 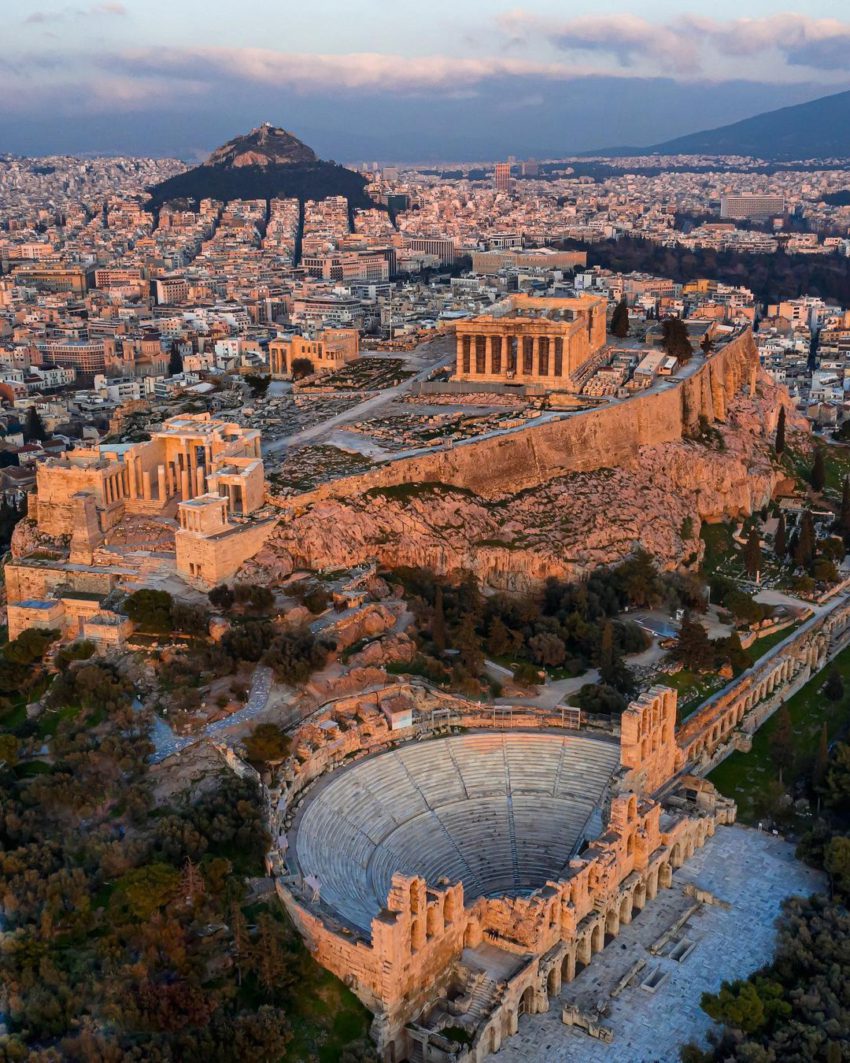 Athens is the capital and largest city of Greece. Athens dominates the Attica region and is one of the world’s oldest cities, with its recorded history spanning over 3,400 years and its earliest human presence started somewhere between the 11th and 7th millennium BC.

Classical Athens was a powerful city-state. A center for the arts, learning and philosophy, home of Plato’s Academy and Aristotle’s Lyceum, it is widely referred to as the cradle of Western civilization and the birthplace of democracy, largely because of its cultural and political impact on the European continent, and in particular the Romans. In modern times, Athens is a large cosmopolitan metropolis and central to economic, financial, industrial, maritime, political, and cultural life in Greece.